TRANSFER FROM SHREWSBURY CENTRAL TO TREFRIW WITH STOPS AT LLYN BRENIG AND THE ‘UGLY HOUSE’ AT CAPEL CURIG.

At 6am I set off for the first of two mini-breaks with the Central London RSPB Members Group, I was due to meet the first group of ten at Shrewsbury Railway Station at 1:20pm so I had plenty of time.

To break up my journey I pulled off the motorway just north of Birmingham and visited the RSPB Reserve at Sandwell Valley. I hadn’t been there since the 80’s and wondered what it was like now. I knew that the rare White-tailed Plover had paid them a visit on Wednesday but hadn’t been seen since then. 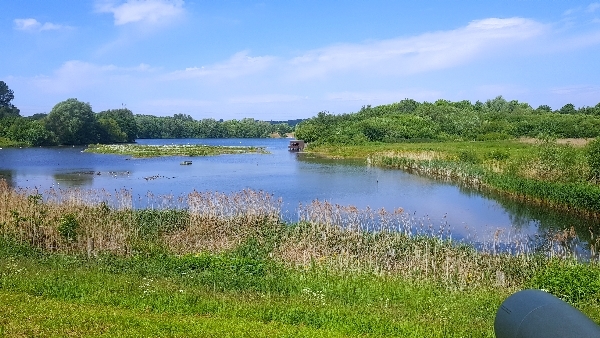 I arrived at the reserve at 9:30am and it was more or less shut, the visitor’s centre and main hide do not open until 10am!!! So I waited around and eventually I was let in, I grabbed a quick cup of coffee and a flap-jack before I set off to circumnavigate the reserve. A few reed fringed pools and a much large lake make up the majority of the reserve, but there is also some woodland, scrub, open grass banks and some wild flower areas. The sun was shining, birds were singing and I had a smashing walk. 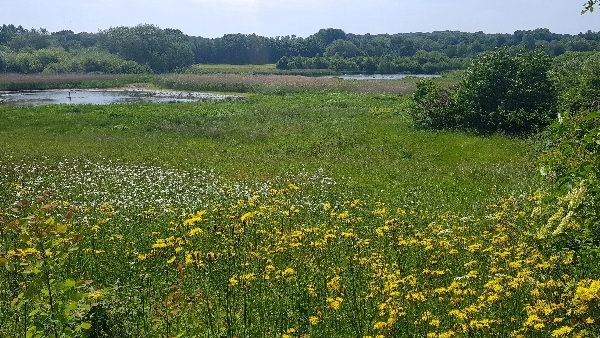 I heard more birds than I saw, Reed & Sedge Warblers, Blackcap & Garden Warbler, Chiffchaff, Song Thrush, Blackbird, Robin, Wren, Chaffinch and Cetti’s Warbler all sang to me. On the pools I watched Lapwings, Tufted Ducks, Canada Geese, Mute Swans, Grey Heron, Great Crested Grebes, Moorhens and Coots. Most of these birds had chicks but there was plenty of Carrion Corws and Magpies about looking for a quick meal. I also saw a Barnacle Goose there with a chick?? 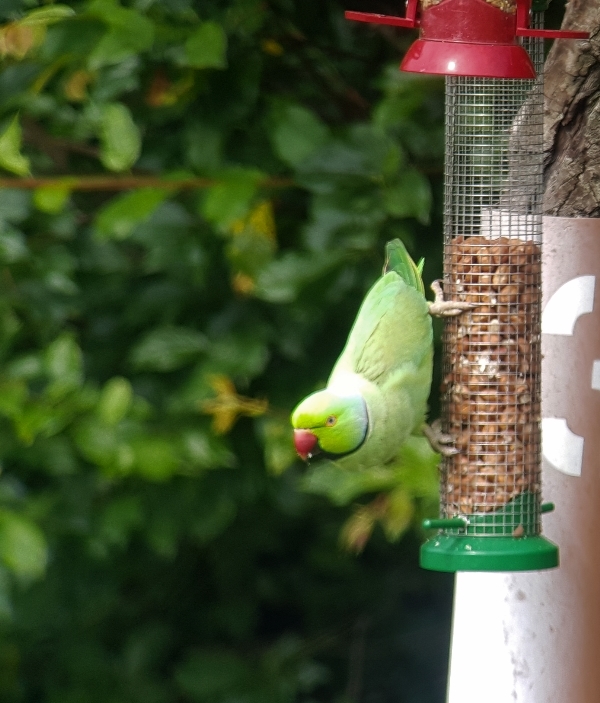 From the hide I saw Little Ringed Plover and on the walk back up to the car park I heard a Lesser Whitethroat singing. The most prominent birds on the reserve were the none-native, invasive species, the  Ring-necked Parakeet. 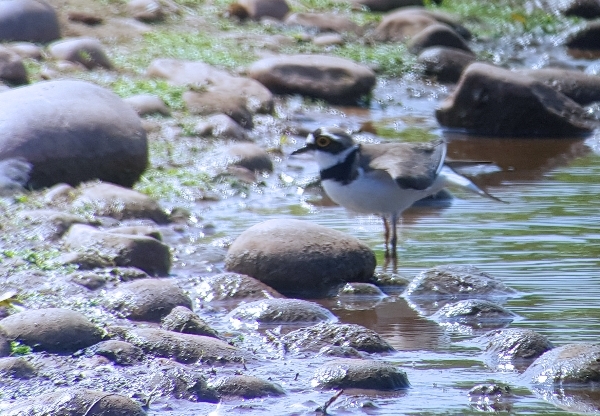 It was 1:30pm when I met up with the ten members of Central London RSPB Group, before we left the station we noted a pair of Peregrine Falcons circling high above the town and plenty of Feral Pigeons were around to supply them with supper.

At the visitor’s centre next to the lake (Llyn) we watched a few Siskins in the trees, we tracked them dropping down to some feeders which were viewable from the decking around the back of the restaurant. To our great surprise we found many Siskins and Lesser Redpolls at the feeders, we all had a great time watching those lovely birds. 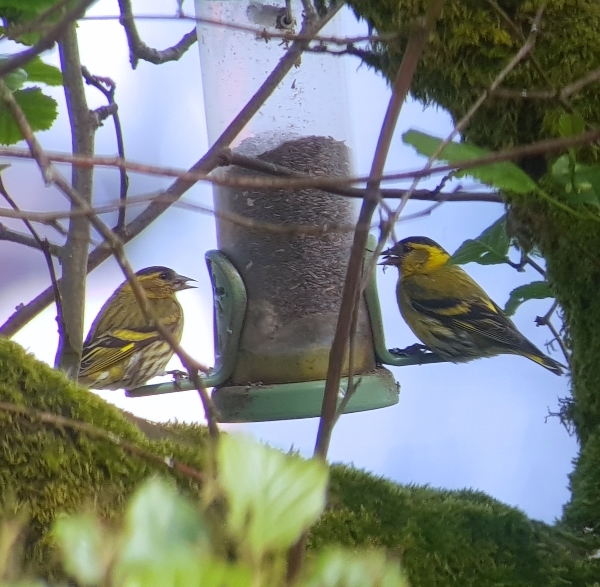 Siskins on the feeder at Llyn Branig

The main reason why we were visiting Llyn Brenig was because of their breeding pair of Ospreys, they had rigged up a webcam on the nest and we could see the female sitting on it. Apparently the pair have two chicks and one egg left to hatch. This is the site which made national news last year when someone, yet unknown, cut down the Osprey's nest-pole with a chainsaw!!! 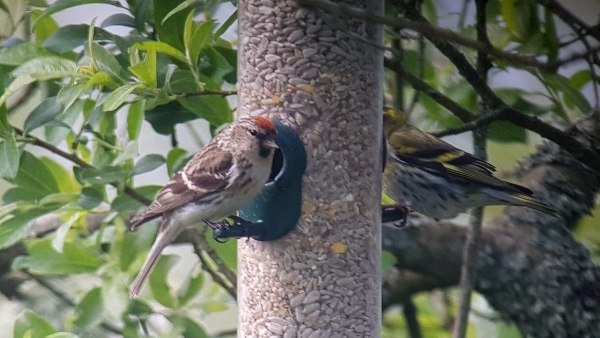 After coffee and cake we walked to the Welsh Wildlife Centre where they had several scopes set up on the Osprey nest. Along the way we stopped to watch Willow Warbler, Goldfinch, Chaffinch and we saw a Common Whitethroat dash across the lane. 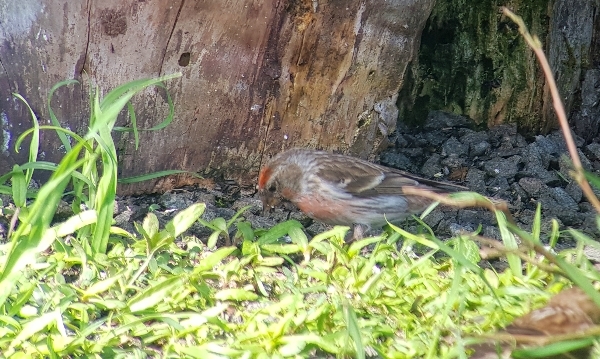 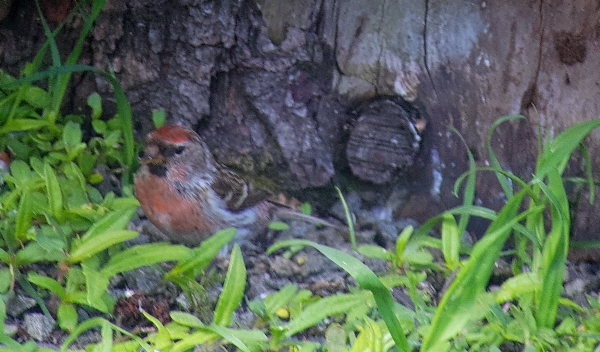 More feeders at the Wildlife Centre Hut produced even more Redpolls and Siskins and we all got to see the head of the female Osprey as she sat on the nest. As we left the lake we saw Mistle Thrush and a Common Buzzard. 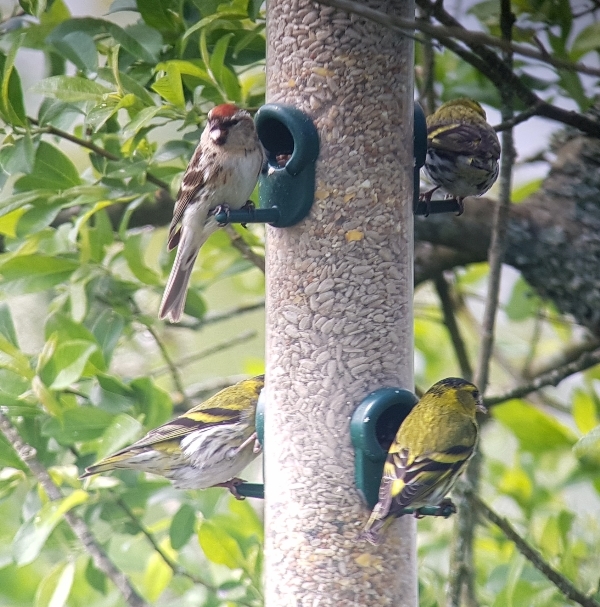 a mixture of Redpolls and Siskins 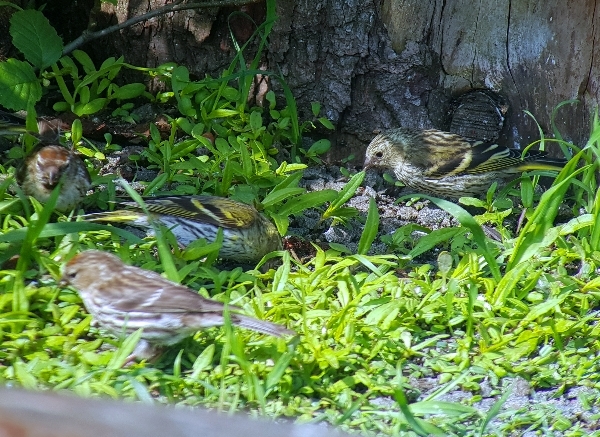 It was getting late in the afternoon when we arrive at the ‘Ugly House’ which is found between Betws-y-Coed and Capel Curig. Behind the House is a nice oak woodland with a wildlife trail and lots of nest boxes. A pair of Pied Flycatchers were feeding young in one of the boxes and we had brief, but good views of both the male and the female. We also noted Nuthatch, Blue and Great Tit and down by the river we saw Mallards and both Pied and Grey Wagtails.

From there we drove ten miles to our Hotel arriving around 6pm. We had made a great start to our mini-break and hopefully it will continue.