What a fantastic morning we all had, the weather was just perfect and the wildlife was so amazing we will be talking about it for years. The butterflies were prolific, just as it was in Lesvos a couple of weeks ago, thousands of them were on the wing it was truly a wildlife spectacle that I shall remember for long time.

After our breakfast at 7am we set off for the short trip eastward following the shore of the lake until we reached the village of Vironia, we then turned onto a quiet side lane that rose steadily up into the foothills of the Belles Mountains.

We then took a walk along one of the many tracks that led into the countryside, what a fabulous place. Just as we got out of the car we found a Syrian Woodpecker that was working hard at building a new nest hole we had great views of it. Then as the morning air warmed up a myriad of butterflies began to appear, the Nettle-tree Butterfly must have been emerging in its thousands as every bush was covered in them. 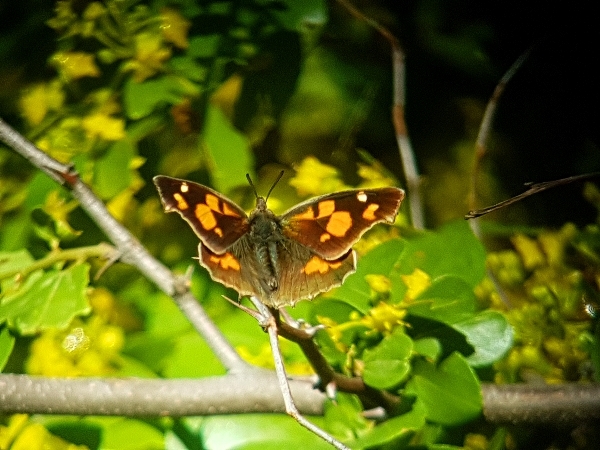 The Nettle-tree Butterfly - we must have seen over 100,000 fo them this morning! 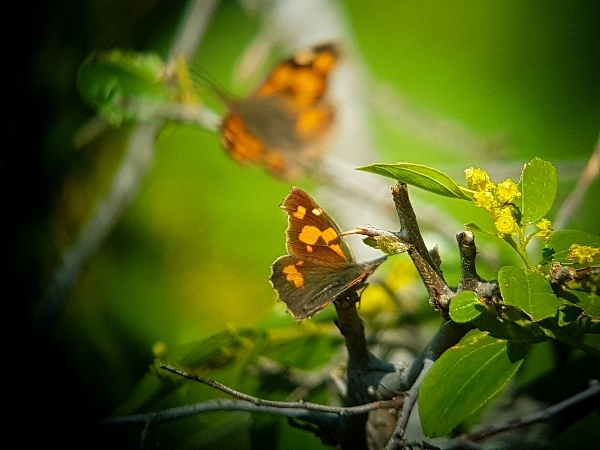 Our first birds were shrikes, we found Woodchat, Red-backed and the beautiful Masked Shrike relatively close to one another, then a Common Whitethroat appeared as well as an Eastern Olivaceous Warbler. The group seemed split between birds and butterflies but to be fair it was hard to decide where to look for the best, it was that good. We quickly added Ilex Hairstreak, Queen-of-Spain Fritillary, Iolas Blue, Common Blue, Lattice Brown, Small Copper, Painted Lady and lots of Eastern Bath Whites. 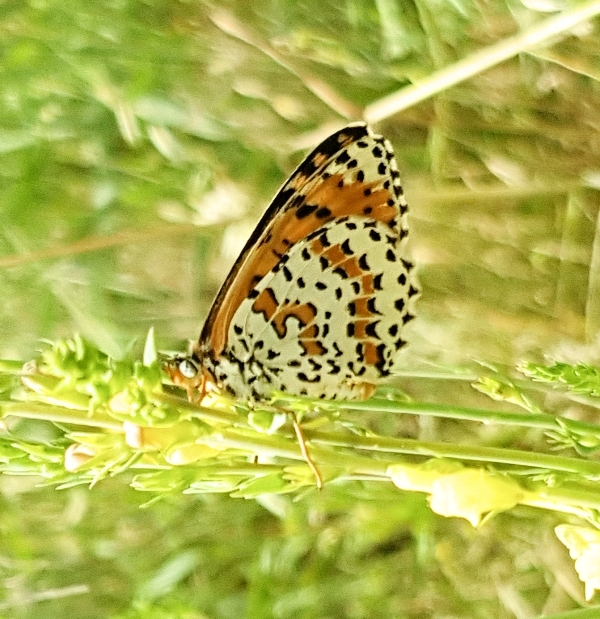 Walking up towards a quarry we settled down in front of a large rock face and just enjoyed the moment. A Subapline Warbler gave us the run-around for a while showing very briefly several times but a Black-eared Wheatear, a Blue Rock Thrush, a Hawfinch and a group of Cirl Buntings were far more obliging. 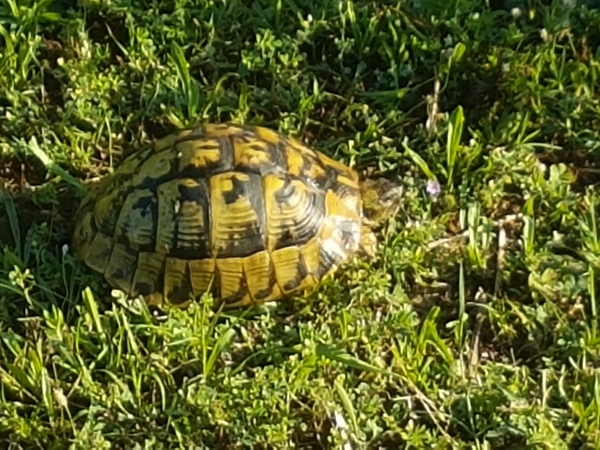 The Hermann's Tortoise found along the track this morning

As the air warmed we started seeing raptors in the sky, a single Booted Eagle, 3 Short-toed Eagles, a couple of Honey Buzzards and a Raven were seen by all of us. An unusual sight for most of the group was that of Dalmatian Pelicans riding the thermals, they looked extraordinary as they circled high above the mountains. At first we saw just a few Dalmatian Pelicans then a very large group came up off the lake, a little later a group of some 20+ pelicans contained both White and Dalmatian species, a few Great Cormorants did the same. 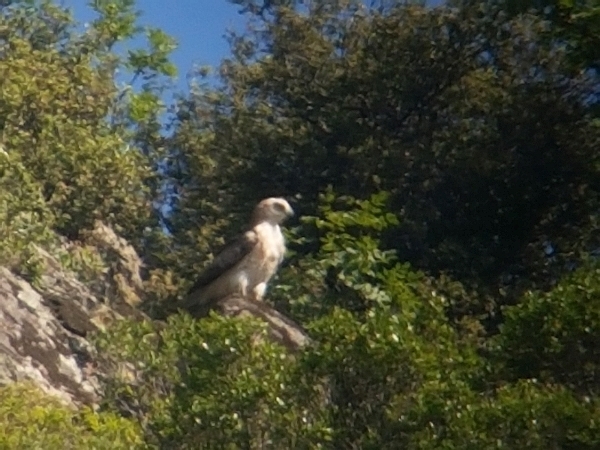 Short-toed Eagle perched high up above us

More butterflies appeared as we walked back, Large Tortoiseshell, Southern White Admiral, Silver-washed Fritillary, Black-veined White and the number of Nettle-tree Butterflies was astronomical, clouds of them were on every bush and thousands sat on the track and the road as we made our way down to the vehicles.

We returned to the hotel for lunch and during the drive back we suddenly pulled over to the curb to watch a Lesser Spotted Eagle that rose from a field, carrying what looked like, a large snake we all had great views of this bird. 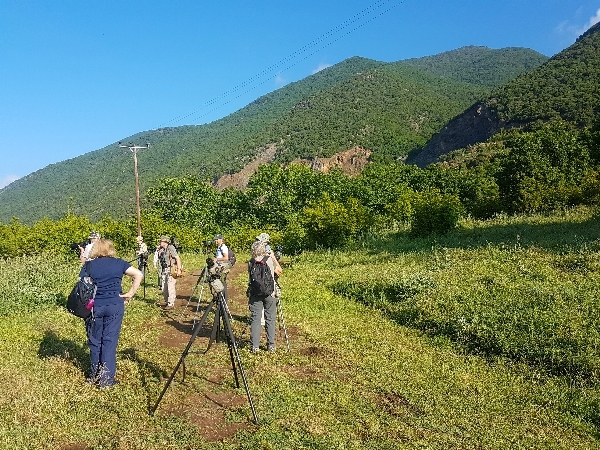 A Greek Salad was served and consumed on the terrace as we overlooked the huge Kerkini Lake. A Cirl Bunting sang to us from the garden whilst we ate. A Black Stork circled up from the lake and a little later we had great excitement when a Levant Sparrowhawk circled over the hotel, then we saw 3 more in the distance and a Honey Buzzard. 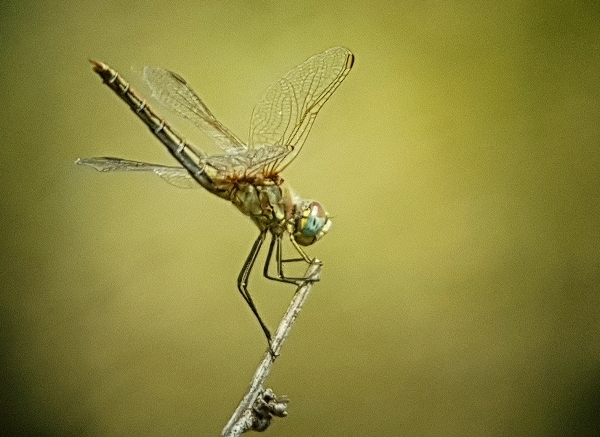 After lunch we took a long siesta, meeting again at 3pm. Some of the group roamed the grounds watching all kinds of bninsects and birds. I saw an Olivaceous Warbler whilst watching dragonflies in the field next to the hotel.

For the afternoon we met up at 3:30pm and drove for 40 minutes to a bridge over the River and spent the rest of the day’s birding walking along a raised track overlooking the river. A large group of Yellow-legged Gulls were seen on a sand-bar and they were joined by a single Caspian Gull, Great Cormorants, Eurasian Spoonbills and Little Egrets. A group of Black Storks flew up as we arrived and a couple of dozen Grey Herons were dotted all over the places. 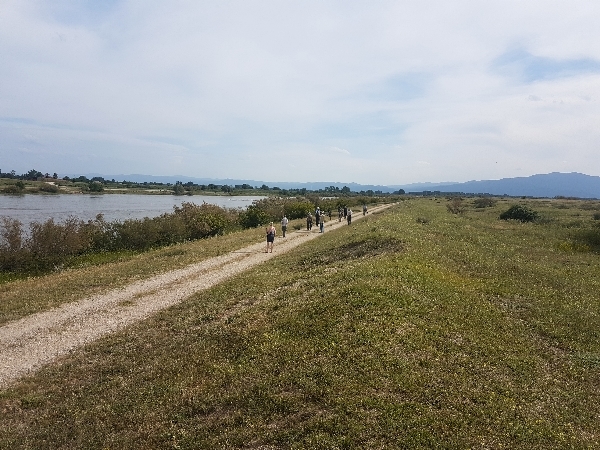 walking along the Struma River

Several Little Ringed Plovers flew around us and landed on the grassy bank and we found a European Roller that seemed to be hunting Lizards on and under the bridge, it spent a lot time sitting on the bridge railings but would often fly underneath the bridge. 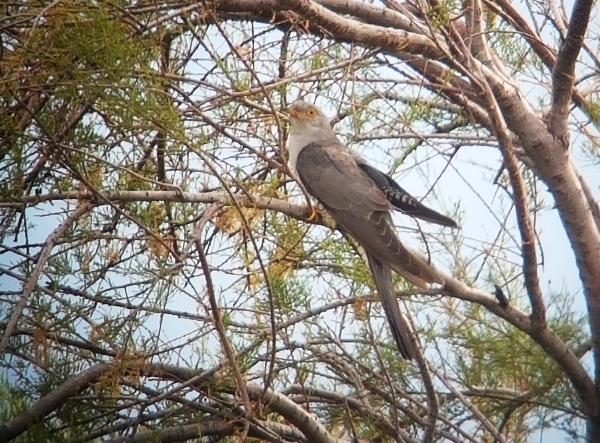 Over the next two hours we enjoyed beautiful scenery, fantastic light and a great variety of birds, not so many butterflies were seen as there were far fewer flowing flowers and shrubs. A Common Cuckoo showed well, Sand Martins dashed about overhead, we saw spoonbills, cormorants, storks and raptors flying over, there seemed to be something in the sky every time you looked up. Honey Buzzard, Common Buzzard, Marsh Harrier, Common Kestrel and Long-legged Buzzard were all seen during our walk. 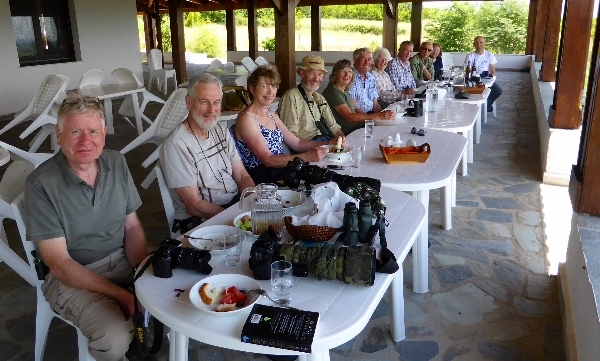 We stayed until 6pm but had to drag ourselves away to get back to the hotel for dinner, a thunderstorm was brewing. After dinner we sat on the terrace to complete our checklist and afterwards we spent some time watching two terrific thunder and lightening storms, it was quite spectacular to see. 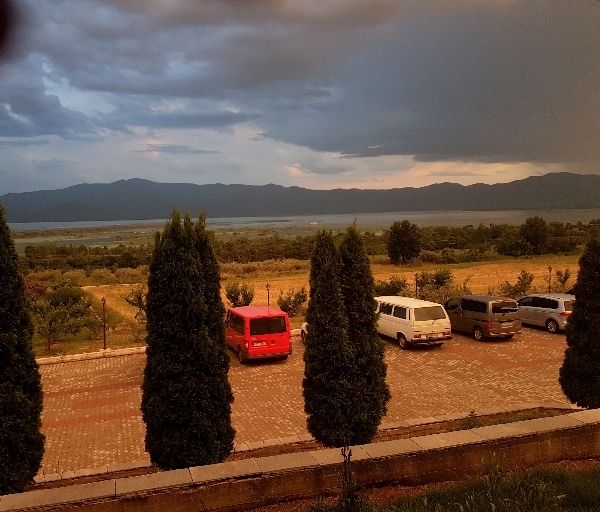