WEATHER; mostly sunny, but chilly up in the mountains, hot later at the Lake.

Another fabulous day with stunning scenery, some terrific birding and butterflies galore. Our destination was over an hour away from the hotel so we tried to set off as early as possible after our 7am breakfast, but it was almost 9am when we arrived at our first birding site. 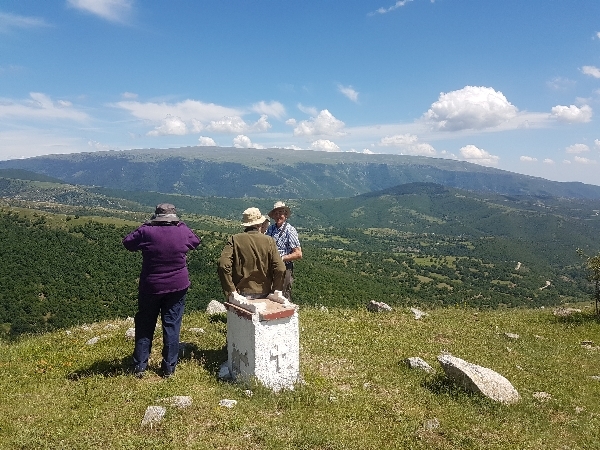 We saw numerous species along the way but the best by far was a pair of Honey Buzzards circling very low over the road, one of them landed on a tree-top not far from the roadside. Other species seen were both Black & White Storks, Common Buzzard, shrikes and wheatears. 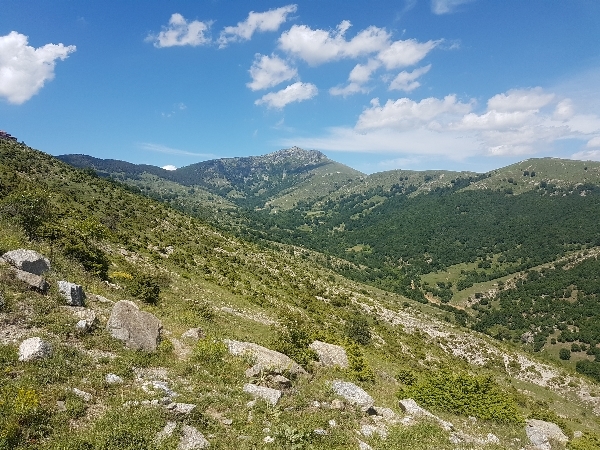 The view from the Vrondous Mountains was breathtaking, especially looking back over towards Serres and beyond. The landscape consist of unfenced, alpine meadows with scrub where a few horses grazed, flowers and butterflies abound. We quickly found Woodchat Shrike and the number of Red-backed Shrikes was hard to believe, they were everywhere. We had a few target species to look for but, unfortunately our main target, the ROCK PARTRIDGE, was flushed by a member of the group who had walked off ahead of us taking pictures. 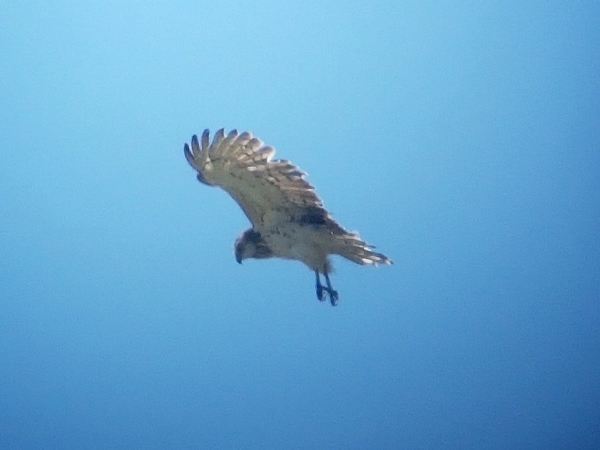 Over the next hour we spent time searching the scrub and surrounding rocky hillsides for other species, we found many Northern Wheatears, we also saw Linnets, we had brief but good views of Sombre Tit, Orphean Warbler, Black Redstart, Mistle Thrush and very distant views of Tawny Pipit. One of the top sightings was of a Common Rock Thrush, this superb male bird, sat out in the open for us, what a colourful gem.

As we made our way higher we made several stops at other places to look for the Partridge without success, by the time we got to the Ski Centre it was lunch time, we were now at 2200 meters. Of course, it was inevitable that birds would appear whilst we sat at picnic tables and ate our lunch. A Woodlark very conveniently sat on top of a pine tree and sang to us, a Coal Tit joined it. Then a party of Red Crossbills moved through the pines and became visible from where we were sitting. 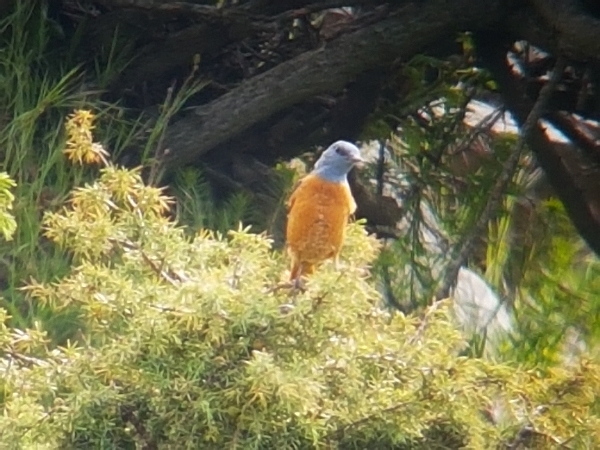 Once we had finished lunch a Tree Pipit began to sing we quickly found it, also sitting on top of a pine tree. We ‘scoped a distant Mistle Thrush and a Common Cuckoo, both conveniently sitting on wires. Our short walk turned up more butterflies than birds, in fact we saw very few birds but heard quite a lot. Chaffinches were common and showed well, but Common Chiffchaff, Blackcap, Wren, Robin and Dunnock we not seen by many of us. A Mistle Thrush in full song was nice to see at the end of our walk. 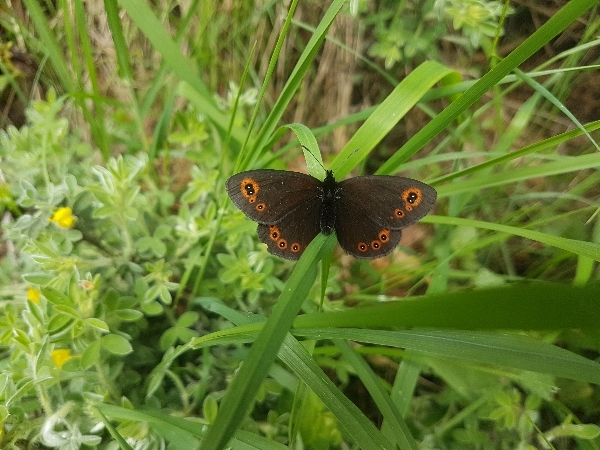 We drove back down the mountain for a kilometer or two and stopped at a track for our second walk. At first, not many species were visible but in the end we saw Short-toed Treecreeper, Willow Tit, Common Chiffchaff, Blackcap, European Robin and some common species. 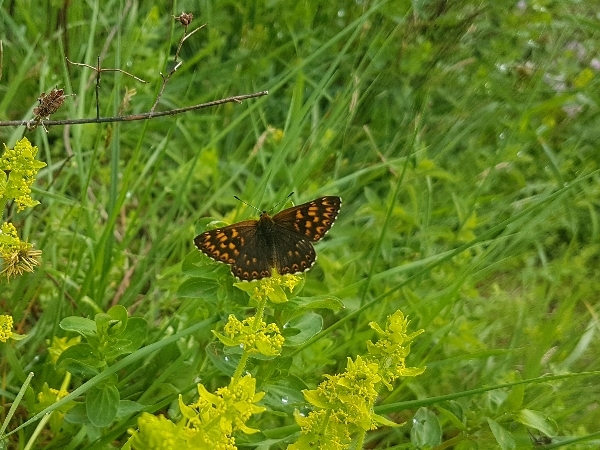 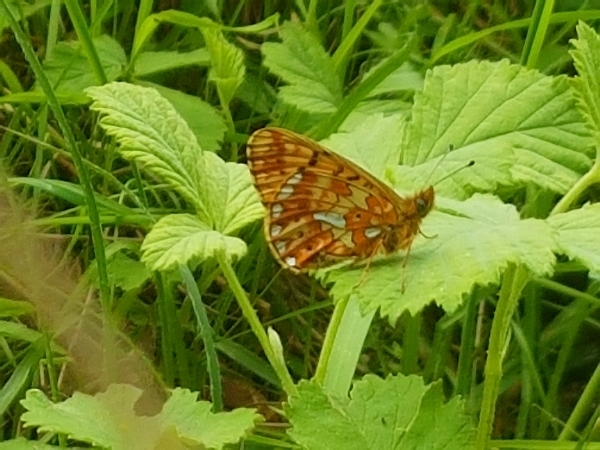 Further stops down in the alpine meadows failed to produce the Rock Partridge but we enjoyed the lovely afternoon sunshine and the terrific views in great light. One very special sight was of a Honey Buzzard performing its wing clapping display, none of the group had ever seen this happen before, a real special moment for them. 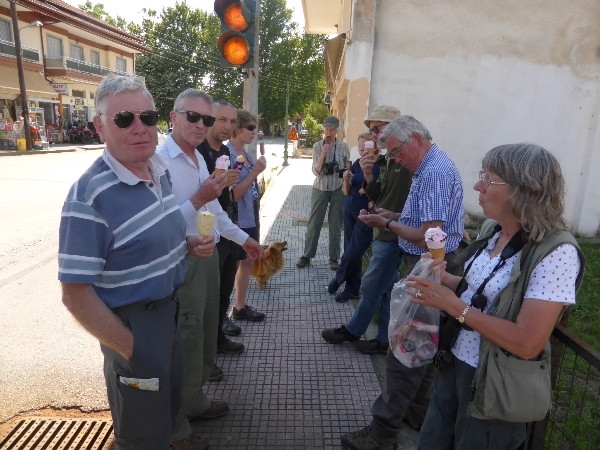 We left the area at 4pm and made our way back to the lake, a short stop for ice-creams was forced upon me on the way back!!  Part of the lake can be viewed from a concrete jetty at Port Mandraki, a little village about 3km from the hotel, so we stopped there to finish the day. 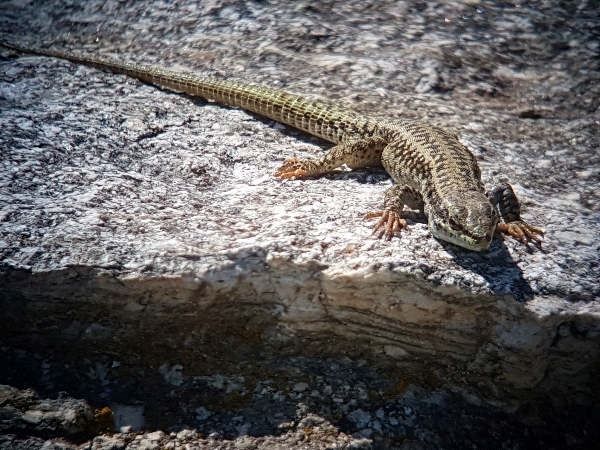 We were all blown away by the vast number of birds in view when we got there, an incredible number of Great Crested Grebes had built a colony of nests on the shallow water in front of us. They were all sitting on eggs and they stretched as far back as the eye could see, there must have been 200 nests in the immediate area, a truly amazing sight. 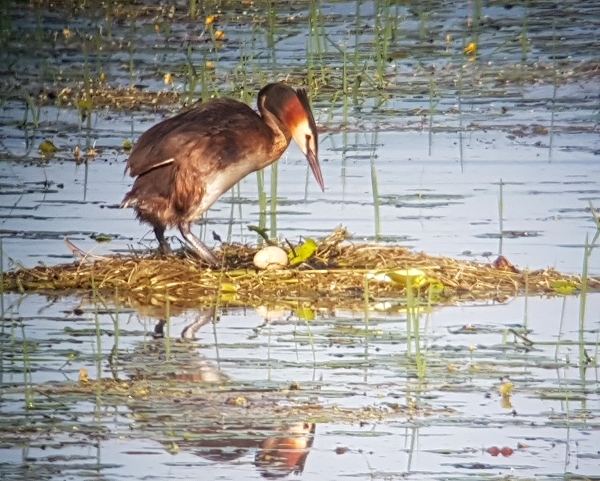 Many Squacco Herons were also in view as well as Great Cormorants, Grey Herons, Dalmatian and White Pelicans, Common Pochard, Common Terns and we found Great Reed Warbler in the reeds, a fly over Golden Oriole and many dragonflies and Balkan Green Lizards were seen around the jetty. 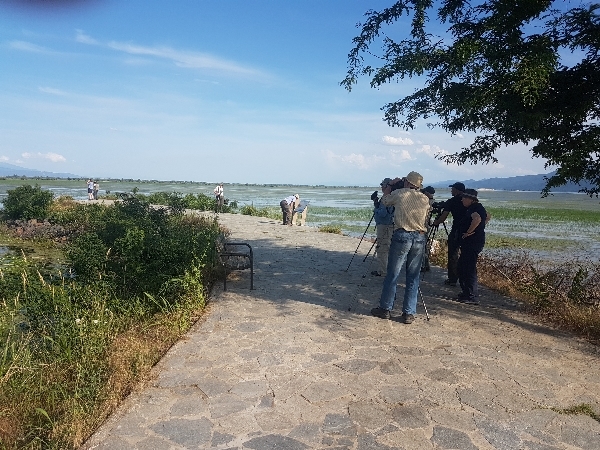 on the concrete 'jetty' at the Kerkini National Park

Both Purple Heron and Night Heron brought our heron-count to four, Common Cuckoos called from the popular trees, the mellifluous calls of Golden Orioles and Common Nightingale struck a stark contrast to that of the Cetti’s Warbler and the Great Reed Warblers, both of the latter added their ear-bashing calls to the cacophany of bird song. 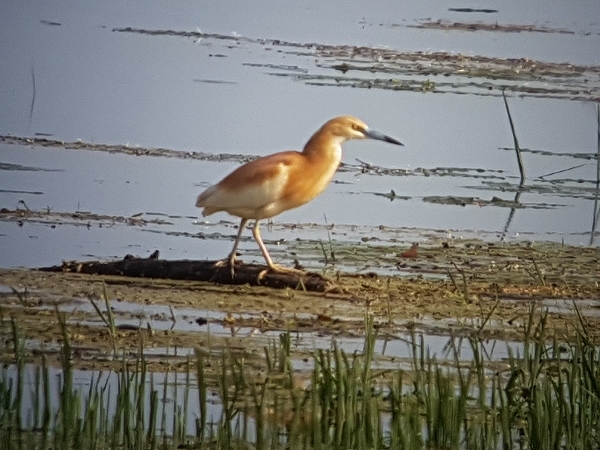 It was a magical experience, a most tranquil setting, a colourful and bountiful spectacle.  just standing on that jetty in the warm sunshine seeing such a great biodiversity of wildlife spread out in front of us made me feel very humble and even more determined to help conserve such places. It gave me great satisfaction watching my awe-struck clients enjoying this moment, and one of the main reasons why I do this ‘job’.