WEATHER:  hot and sunny until 4pm when thunderstorm clouds started to gather, it rained at 5pm with little thunder

A more leisurely day was had today, we travelled less as we visited several locations on the western shore of the lake. Our breakfast was taken as usual at 7am and by 7:45 we were on the road. After driving southward for a while we stopped to look at Little Owls at two locations and later we watched Honey Buzzards circling over the road. Our first sighting of Black Kite was recorded along the road too as well as both Short-toed and Booted Eagles. 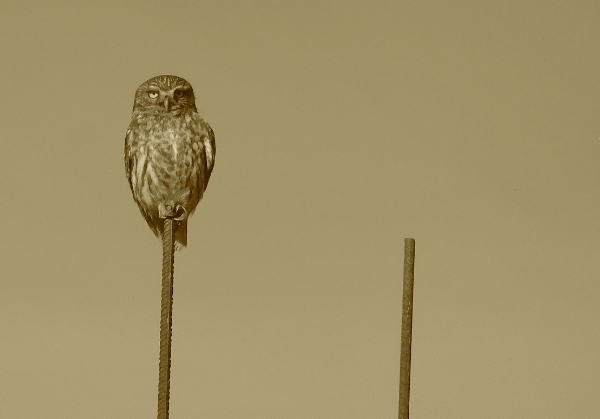 One of the Little Owls seen today

Our first venue was a track that led us to old quarry just outside the town of Himarros it wasn’t long before we were watching some interesting species. Bee-eaters, the most colourful European bird, was seen in good numbers along an embankment next to a small river, they were obviously building nest holes in the sandy banks of the river. 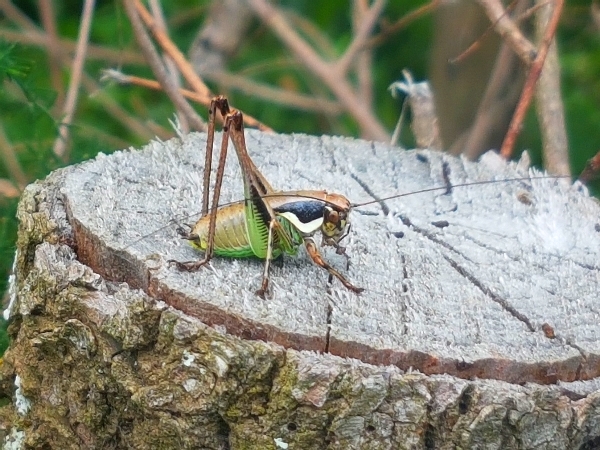 The first place we stopped was at the entrance to a large open quarry where the rock face had been taken away which left a series of layered exposed rock, we scanned this area for Eagle Owl which is supposed to be present. Black-eared Wheatears were present, we also found Woodchat and Red-backed Shrike but no Owl. 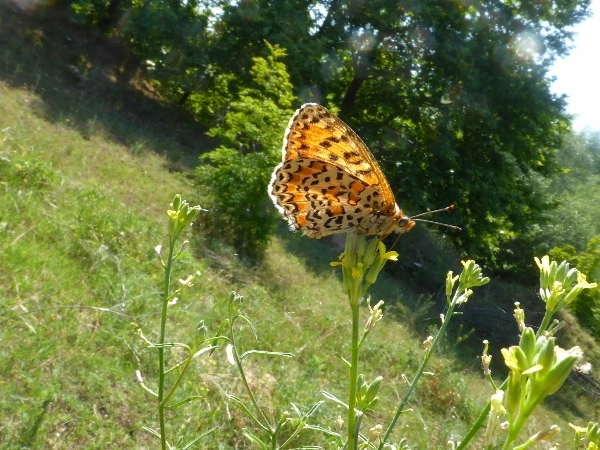 Behind us a wooded belt of sycamore/plane trees followed the course of the river with some dense understorey beneath it, Common Nightingales sang from there and a single Cetti’s Warbler called. We heard the call of the Sombre Tit which some of us had brief views of and we also saw Masked Shrike. Eurasian Hoopoes also called from both sides of the valley and we finally got our first sighting of one of them. 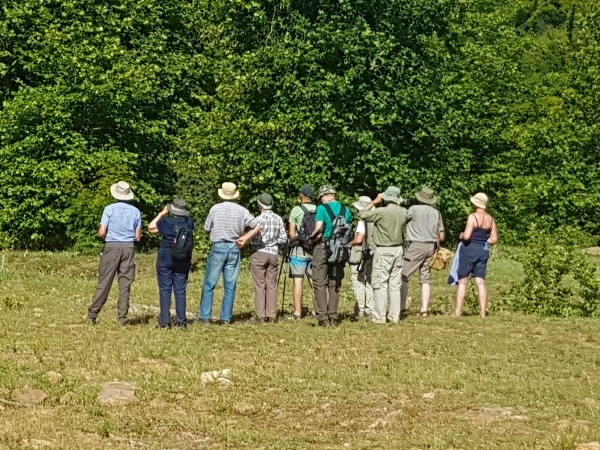 looking for a Sombre Tit

Birds of prey would often drift along the high ridge above us we had great views in excellent light of a small number of Lesser-spotted Eagles, also Honey Buzzards, Short-toed and Booted Eagles. As we started our walk in search of warblers we saw a Hobby circling high over the quarry, again this was our first sighting of this species. 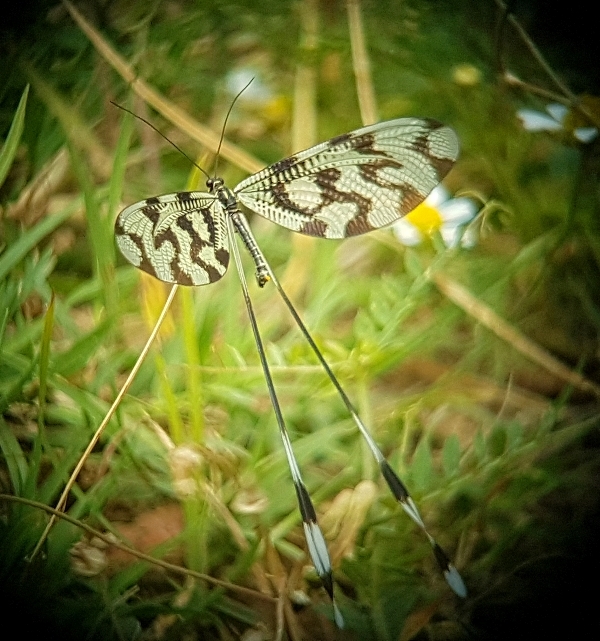 It was very hot by 10am with little breeze to cool us off, the river offered some respite it was a lot cooler walking near the water. Nettle-tree Butterflies were again out in force, dozens were on the track and especially on the damp soil near the river. We also found lots of other butterfly species including the tiniest of all the Little Tiger Blue. 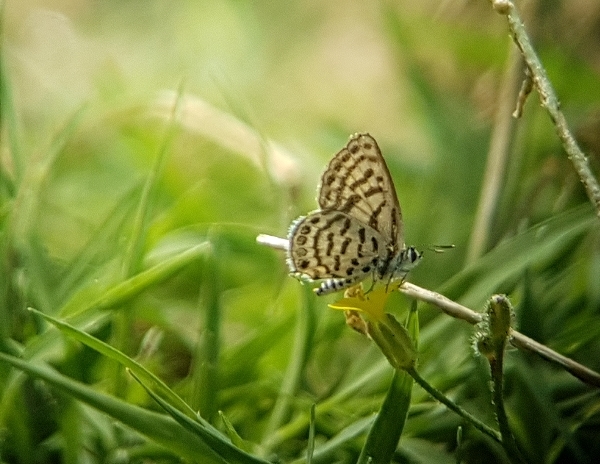 A few new species of Dragonfly were recorded as we made our way down the track towards the main road, we saw Broad-bodied Chaser, Keeled Skimmer, Red-veined Darter and lots of the Balkan Spoon-winged Lacewing what an incredibly beautiful and delicate creature. 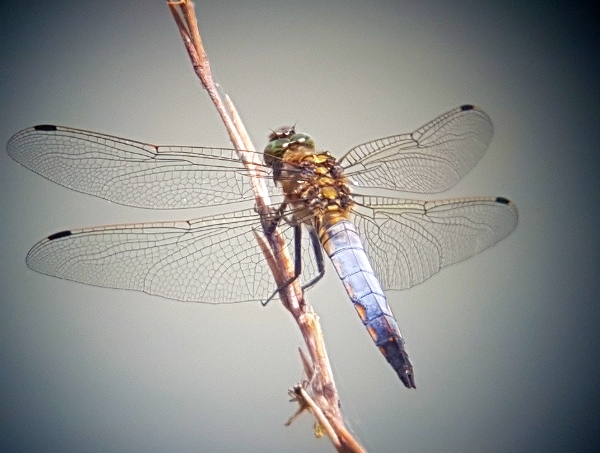 The heat beat us off, we retired for a long lunch taken at a nice taverna which overlooked the dam, we sat in the shade and enjoyed a two-hour break eating lovely Greek Salads and sipping cold drinks. After our relaxing lunch we drove back along the western shore of the lake stopping at another track hoping to find warblers etc.

​A Glass Snake ( its a harmless lizard, without legs) with Dancho the brave

Birds were few and far between so butterflies, flowers and dragonflies took precedence, we found an excellent Lizard Orchid and a beautiful Bee Orchid as well as plenty of butterflies and dragonflies. A couple of raptors flew over but the scrub and trees were very quiet. 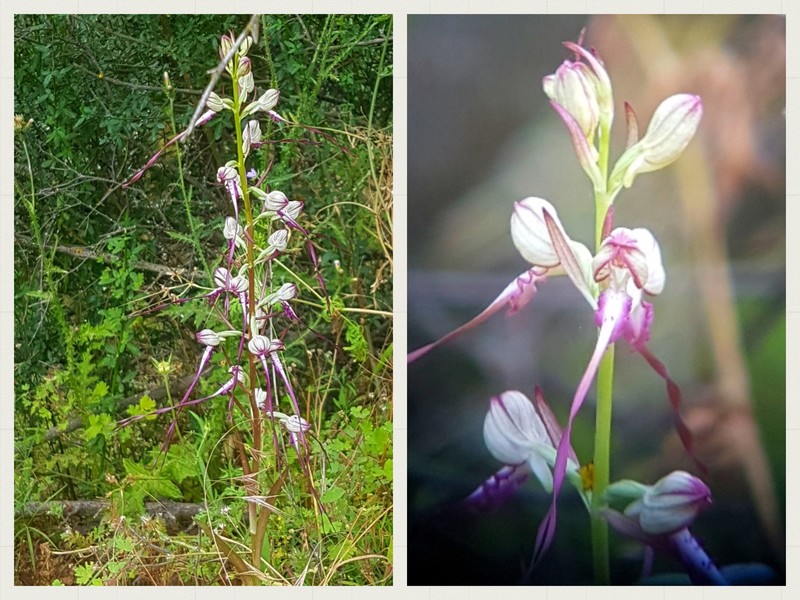 For the rest of the afternoon we made our way along the shore of the lake pulling into places where we could park in the shelter of trees. We found some excellent places and made short walks along the shoreline watching Pelicans, Herons, Egrets, Cormorants and the ubiquitous Great Crested Grebe.  We added Broad Scarlet, Black-tipped Skimmer, Beautiful Damselfly and Lesser Emperor to our dragonfly list too. At other stops we tried to track down Golden Orioles that were calling from poplar trees without success, but we did have great views of Lesser Grey Shrike, Cirl Bunting and more birds on the lake. As we drove away a Red Fox came out of the hedgerow and approached the bus, it looked up at me with imploring eyes as if begging for food, of which I had none to give – so I ran it over and squashed it flat  - only joking! 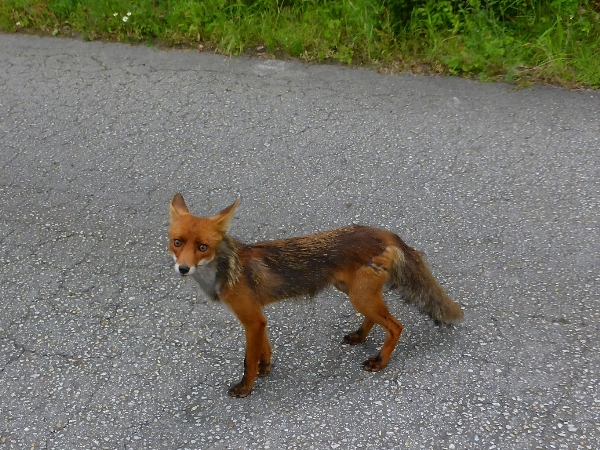 At one stage we watched a huge raft of Cormorants and Pelicans feeding en-masse there must have been 500 birds in the group it was an amazing sight. However, the dark clouds that had gathered over the last couple of hours decided to open up, the wind increased dramatically and it started to rain. We watched Pygmy Cormorants, Eurasian Spoonbills and a few Yellow-legged Gulls before leaving the area to return to the hotel. 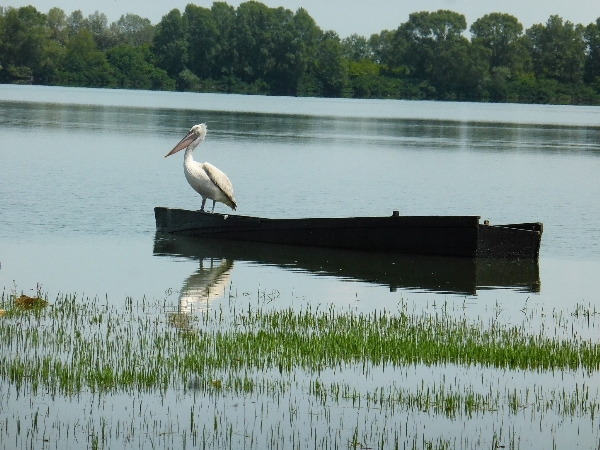 The thunderstorm did not develop as it did a couple of nights ago but it remained a little windy and chilly, despite the weather we still ate dinner on the terrace and enjoyed the view of the lake.