I collected a minibus locally in Yeovil on Wednesday morning and together with Nigel Bleaken we drove it to Northumberland, we were on the road for most of the day. We arrived in Seahouses at 7pm where we checked into our B&Bs, we had time for a short walk to the harbour where we saw many Eider Duck, Rock Pipit, Herring, LBB & GBB Gulls.

We spent the whole day of Thurs 22nd driving to various sites making a recce tour of the area, we visited Holy Island, Harthope Valley, Amber, Hauxley and several other places in between.

We also stopped off at a site near Preswick Airport on the way to Newcastle, a protected area called Preswick Carr. It was very windy there so we never stayed long but we did see Willow/Marsh Tit, Grey Partridge and an extraordinary sighting of a Common Snipe balancing on a telegraph wire!

This 3 night – 4 day tour started off very smoothly, the group arrived from London on time at Newcastle Central Railway Station. Nigel and I met them on arrival at 13:45, we quickly loaded up the bus and we were out of Newcastle city centre in about 10 minutes. We drove northward for 50 minutes through rain showers but it began to clear up as we approached our hotel in Beadnell.

We noted Common Buzzard, Common Kestrel, Wood Pigeon, Jackdaw, Rook, Carrion Crow and Herring Gull along the route. By 3:30pm we were all checked in and back in the bus raring to go. We drove 2 miles to Seahouses and parked in the harbour area which was busy with tourists. On the quayside we met up with the local Common Eider Ducks, they were very tame and came very close. Many little chicks gathered around too, one or two males, showing eclipse plumage, sat a little further out. 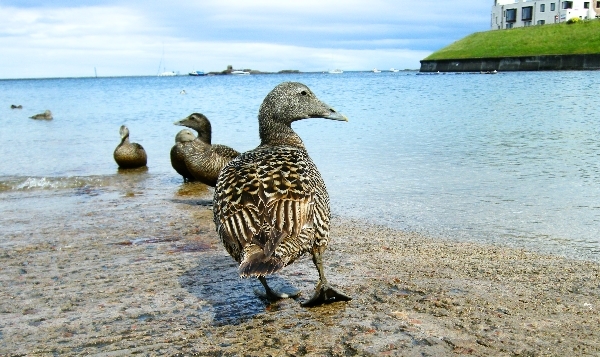 The weather improved all the time and the sun came out highlighting the lovely colours of the coastal rocks, the cliffs and the sea. We could see the Farne Islands just off the coast, the sea itself was alive with birds, as far as your eyes could see thousands were dashing about. Apart from the four common gull species we saw within a few minutes the following list: Great Cormorant, European Shag, Kittiwake, Guillemot, Northern Gannet, Oystercatcher, Ruddy Turnstone, Redshank, Red Knot and many terns flying off-shore. 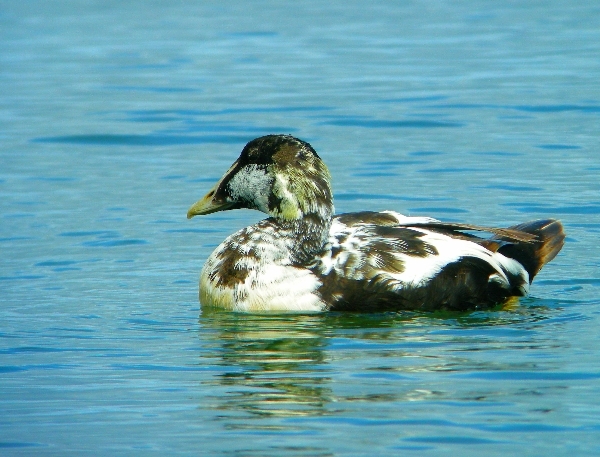 We walked out of Seahouses along the low cliffs towards the Golf Course where a large Kittiwake colony can easily be viewed from the footpath. Hundreds of these beautiful little gulls dashed about we could see that many were feeding young, a few pairs of Fulmar were also breeding there. All along the cliff small groups of Sand Martins had developed a string of nesting sites, they too were busy feeding young. 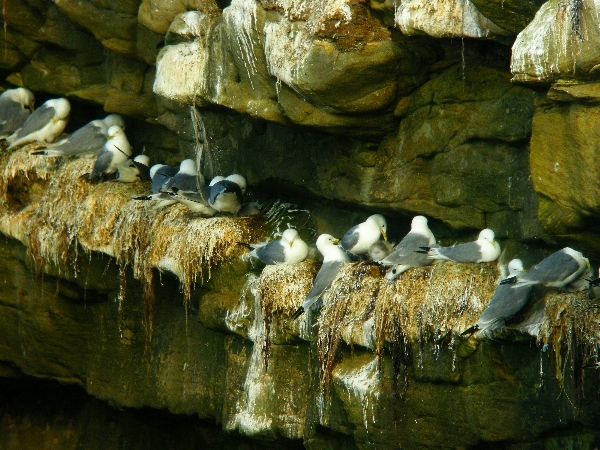 In the fields behind us we saw lots of Meadow Pipits, also Skylarks, Stonechats, Common Starlings and a few Linnets. We scanned further out to sea and we were amazed at the numbers of birds present, it was like Piccadilly Circus during rush hour! We added Sandwich Tern, Manx Shearwater and Razorbill to the list before we walked back into town to catch our bus, Nigel drove to collect us. 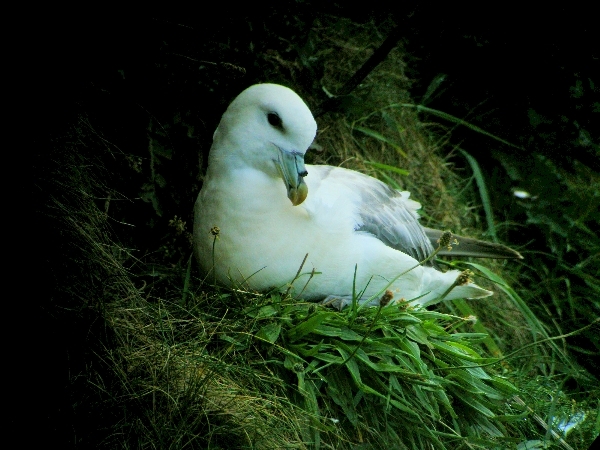 For the last hour we visited Low Newton which is a tiny hamlet a little further south along the coast, there are two pools there, one brackish, one fresh-water, a Great White Egret turned up there this morning which is an extremely rare bird for the area. We didn’t have time to walk to the pools but we could scope them from our high position at the car park. We added Grey Heron and Lapwing to our list but the Egret could not be seen. The car park provided some interesting wildlife watching, we saw a large Hedgehog, also Common Moorhen, Yellowhammer, Tree Sparrow, Common Whitethroat, Linnet, Goldfinch and we heard both Willow Warbler and Chiffchaff. 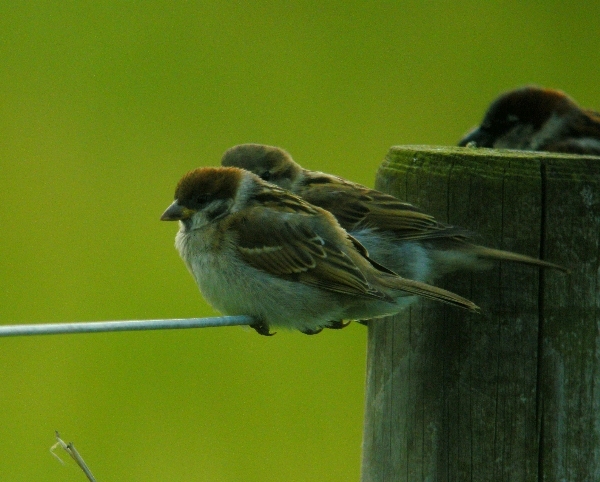 Dinner was taken back at the hotel at 7:30pm, it was a joyous affair with lots of lively banter, the food was good with huge portions, oh dear, waistline! The sunset around 9:30pm was a very colourful affair, Nigel and I walked down to Beadnell Harbour before turning in for the night. We saw 50 species during those 3-4 hours, an excellent start.