Today was to be the highlight of the whole trip and the main reason for coming – a visit to the Farne Islands. We had booked an all-day trip which included a boat trip around all the islands and a two hour visit on Staple Island and another 2 hour stop on Inner Farne.

However the windy conditions made changes to all of plans; instead of sailing at 9:30am for the original tour we were told to come back at 11:30am for a modified tour which excluded the 2 hour visit to Staple Island. So, we had two hours to kill which we promptly filled by visiting the RSPB Reserve at Low Newton.

From the car park at Low Newton we saw Common Whitethroat, Greenfinch, Meadow Pipit and we heard Yellowhammer. A quick scan of the bay produced Eider Duck, Oystercatcher, Northern Gannet and a few Cormorants.

On the way to the RSPB hide which overlooks a fresh water lagoon we passed a small flooded meadow which held several species, mainly gulls, Blacked-headed, Herring Gulls and our first Common Gull. We also saw Lapwing, Common Shelduck and a male Eurasian Teal. In the bushes around the footpath we saw Reed Bunting, Linnet and Common Whitethroat. 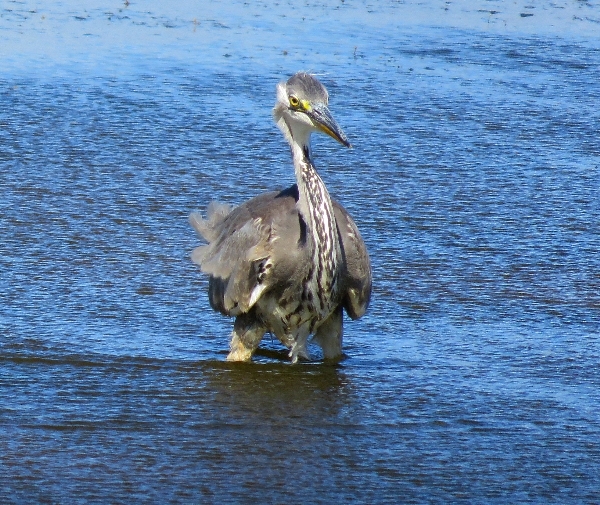 We crammed into two small hides and scanned the pool which held several Grey Herons, Mute Swan, Mallards, Moorhen and another Eurasian Teal. Then we found the GREAT WHITE EGRET tucked away in the reeds, this is a super bird for Northumberland we had heard that it was around. The bird failed to pop out of the reeds but we all saw it. Other species seen were Willow Warbler, Sedge and Reed Warblers and we heard Chiffchaff.

Back at Seahouses we joined the throngs on the quayside and boarded our boat for the all-day birding trip at 11:45am (not quite all-day). For the next four hours we were in birder’s heaven it was just fantastic, a birding experience that I will never forget. 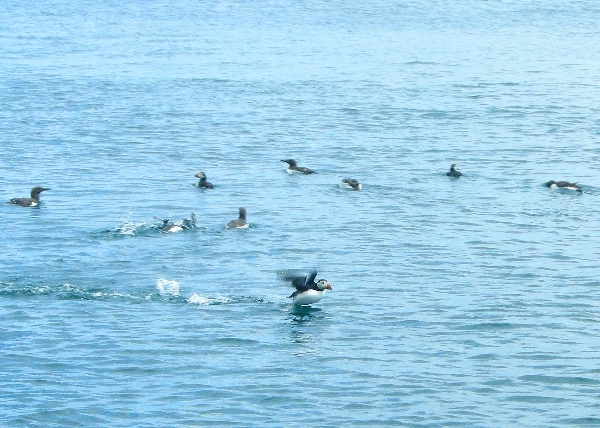 We were taken around Staple Island and into tiny coves and inlets between the smaller islands where thousands and thousands of sea-birds were nesting. The sky was full of birds, the sea was covered in them, the noise and smell was almost too much at times. 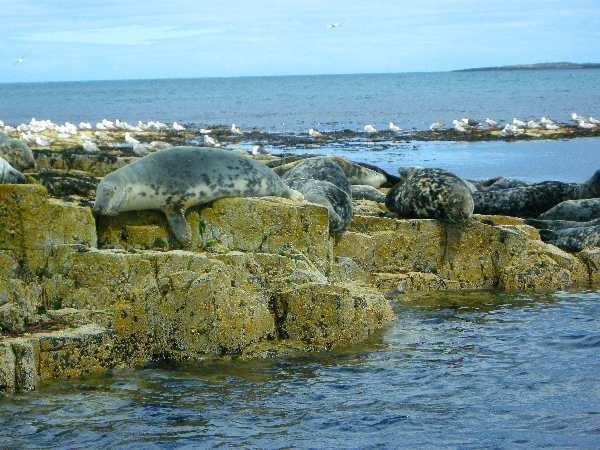 Our two hours on Inner Farne was one of the birding highlights of my life, we landed at a small jetty which was covered in nesting Arctic Terns you had to tread carefully in case you crushed an egg or squashed a chick. The adult birds gave you a constant reminder that you were trespassing on their territory by screaming at you and dive-bombing your head. Many struck you it was very entertaining watching some ‘normal’ tourists panicking when attacked. 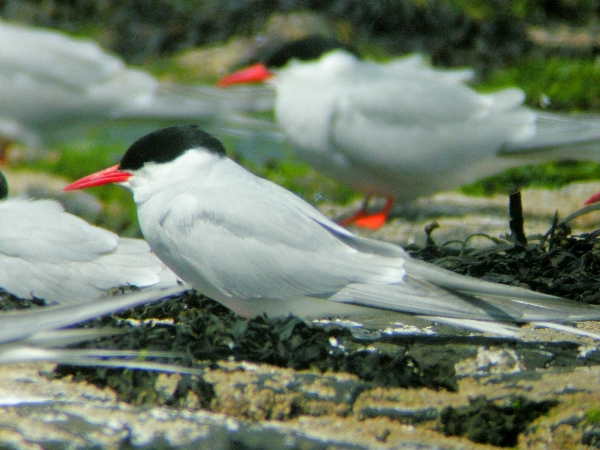 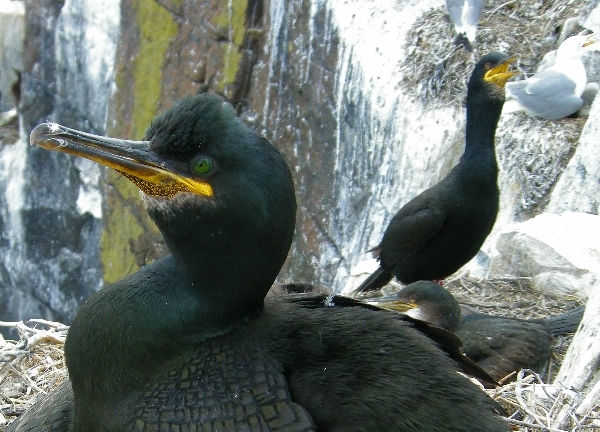 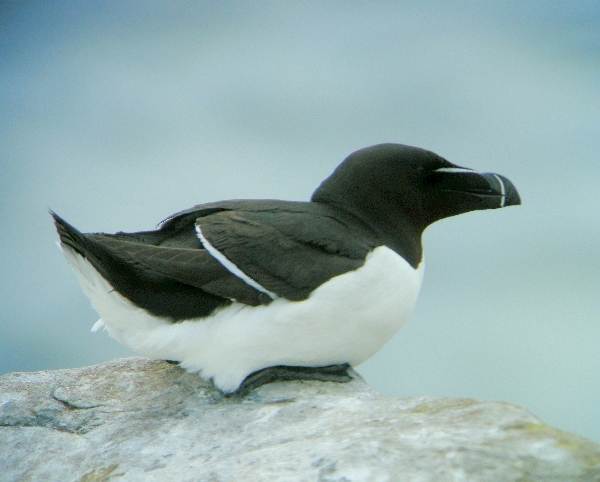 For the next two hours we walked along narrow footpaths that led to breeding colonies of so many species, I have never been so close to any of these species you could reach out and touch them. Puffins, Razorbills, Guillemots, Arctic, Sandwich and Common Terns, Kittiwakes, Fulmars and Shags, it was truly amazing. We left the island totally mesmerised after such a wonderful experience. 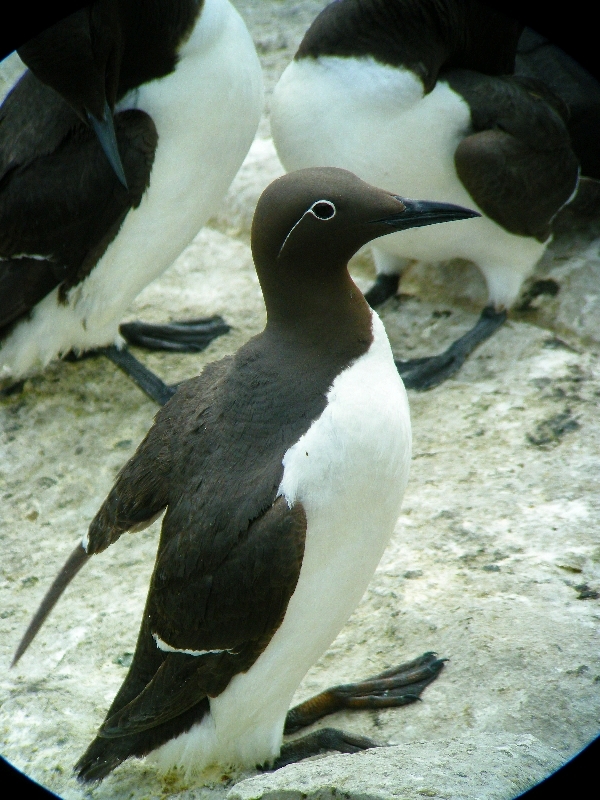 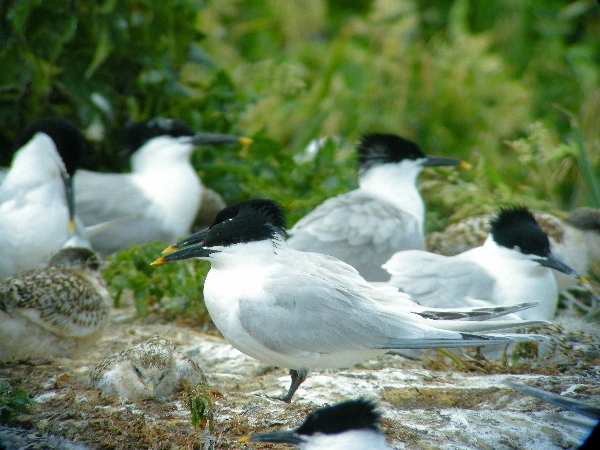 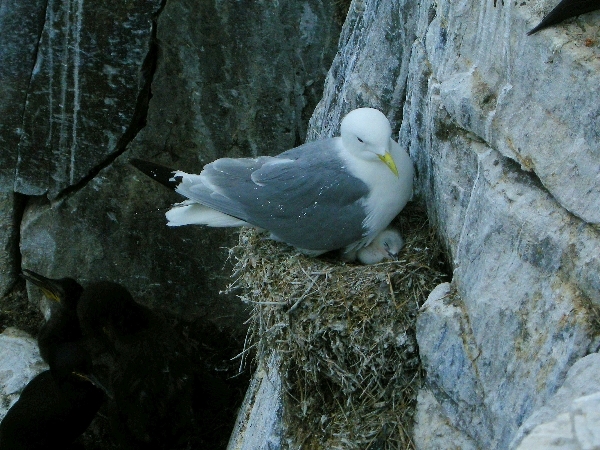 Back at the quay we spent some time photographing the local semi-tame Eider Ducks before driving to Bamburgh Castle and onto to Budle Bay. We were hoping to see a few waders on the mud flats but the tide was too high at this time, so we decided to call it a day. 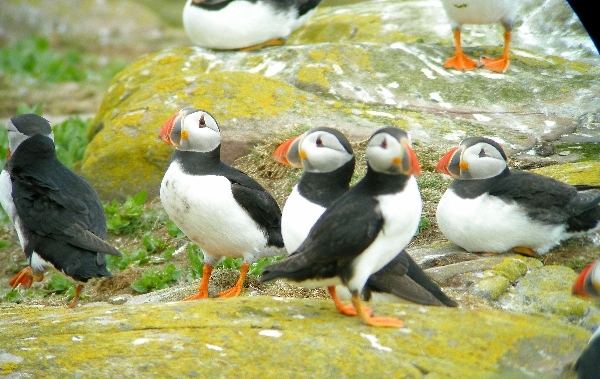 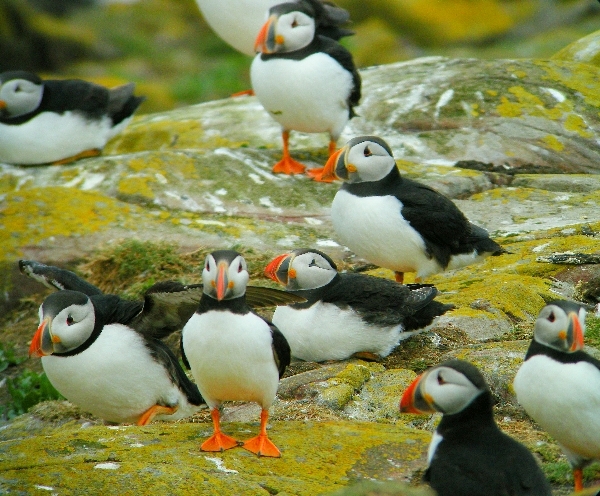 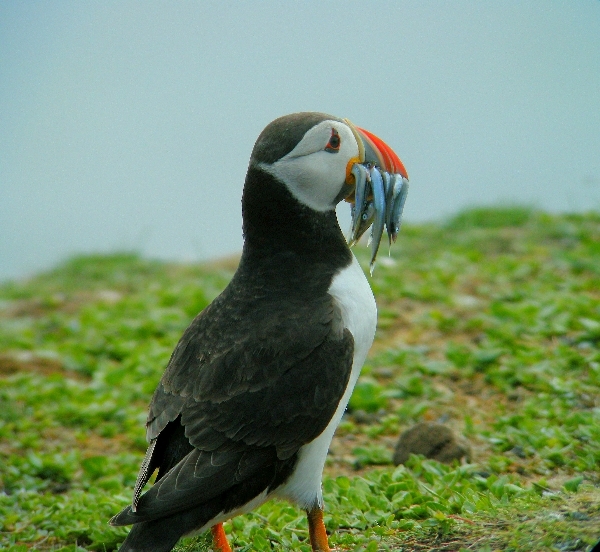 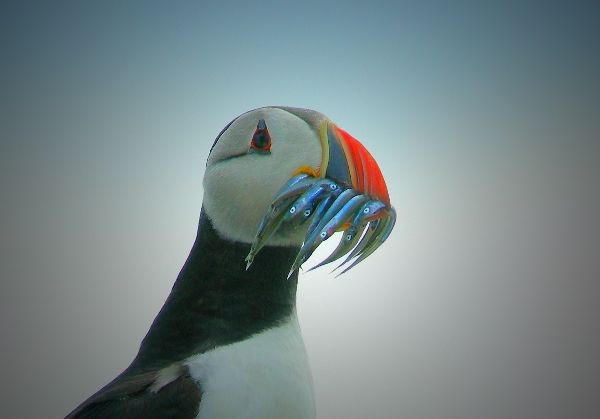 We enjoyed another superb dinner, I must say, that the food at the Beadnell Tower Hotel is really good. Our species list is up around the 80 mark, we never expected a high count on this trip so we are happy with what we have seen.

Tomorrow is our last day as we head off home in the afternoon.