Our last day had arrived we had up until 2pm to find more species and enjoy some inland scenic sites, but first we visited the beach area about a mile from the hotel. With the bus packed up with our luggage we departed from the hotel around 9am and set off for Beadnell Harbour.

From the beach area we scanned Beadnell Bay and harbour where Oystercatchers, Eider Ducks, Arctic Terns and a few Black-headed Gulls were feeding. In the distance along the sandy beach we could see a roped off area where a Little Tern colony was being closely monitored and protected. It was alive with terns we could just about make out both Little and Arctic Terns, we never had the time to walk there so we made do with the distant views using our scopes.

Our journey inland took us through some stunning landscapes, rolling hills and lovely green dales. We noted Lapwing, Mistle Thrush and many corvids along the way.

Harthope Valley is a local beauty-spot and very popular with walkers, it lies some 20 miles inland on the edge of the Cheviot Hills. A river runs along a wide, flat-bottomed valley and is bordered by steep sided hills covered in scrub, bracken and Hawthorne bushes, a patchy string of Alder trees follows the line of the bolder-strewn river. 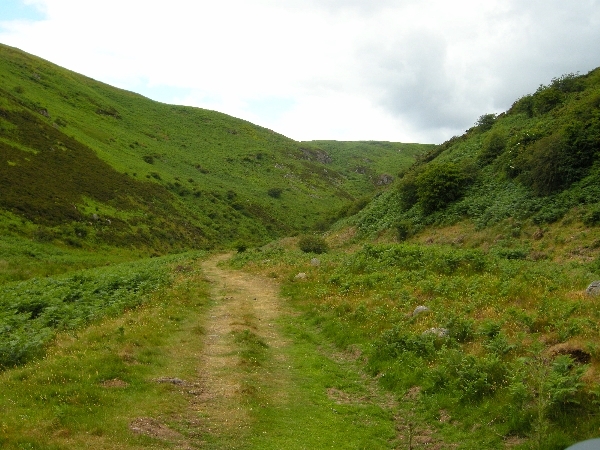 From the car park we walked a short way to a bridge from where we could hear both Willow Warbler and Chiffchaff singing, a couple of Sand Martins flew over us and some Goldfinches landed in the Alder Trees nearby. We began our walk up river and after just 5 minutes we had our first Dipper sighting, it was a young bird feeding alone, probably let loose by its parent in the last few days. 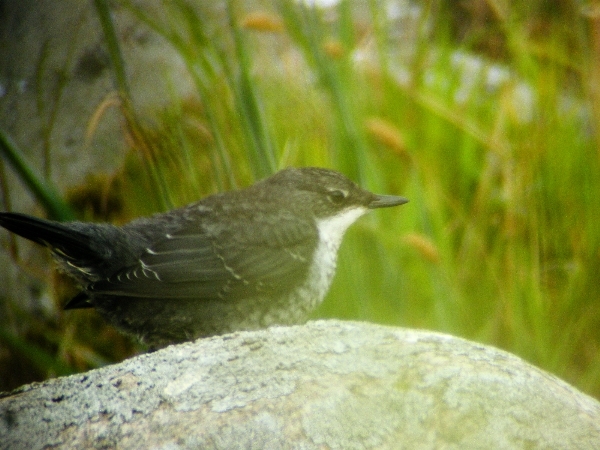 Record shot of a juvenile Dipper

Next a Lesser Redpoll ‘buzzed’ over us and landed just ahead on top of a bush, it didn’t stay for long but showed well enough for some of the group to enjoy it. For the next couple of hours we walked further up the valley noting many species. In or around the river we saw Common Sandpiper, Grey and Pied Wagtails and on the hillside Common Pheasant, Red-legged Partridge, Willow Warbler, Chiffchaff, Yellowhammer and lots of common birds. 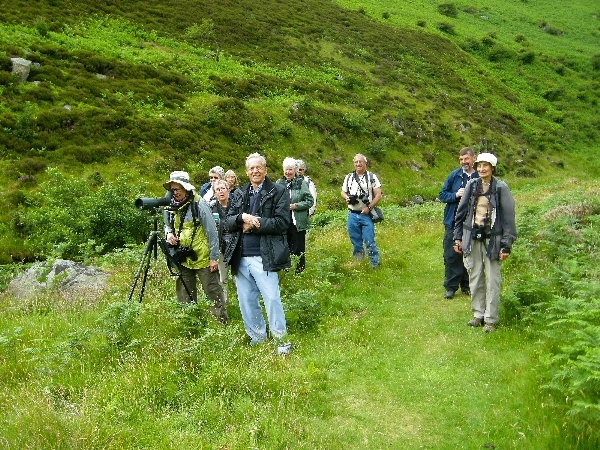 My group in the Harthope Valley

Our main target bird, the Ring Ouzel, was nowhere to be seen, I think we would have to climb to the top of the hills to have any chance of seeing one. A Red Deer went onto to the mammal list and we had good views of Whinchat, Stonechat and we had more sightings of Dipper and Common Sandpiper. We watched a Peregrine Falcon circling just as a Curlew called from high up on the hillside and a Northern Wheatear was the last new species that went onto the list.

We sat near the bridge and ate our picnic lunch before climbing back onto the bus for our final journey back to Newcastle Central Train Station. We made a quick coffee stop in the nearest town called Wooler, where we saw yet another pair of Dippers.

At 3pm the trip was over, Nigel and I dropped the group off in Newcastle and we set off back to Somerset, I dropped Nigel back at home in Chepstow and continued onto Somerset arriving at 10:30pm, another long day……good night!

This concludes my spring programme of birding tours, the Autumn migration Tours start in September, I still have spaces on those tours, if you are interested please get in touch.