Brian my host in Hayle was kind enough to take me across to Marazion Marsh, my plan was to bird the marsh and the pool at Longstone, then walk into Penzance and catch a train back to Hayle. All went to plan, including the finding of the EURASIAN SPOONBILL that had been seen at Marazion for the last few days. It was bright and sunny in Hayle but across the southern Cornwall peninsula in Marazion there was thick fog!! 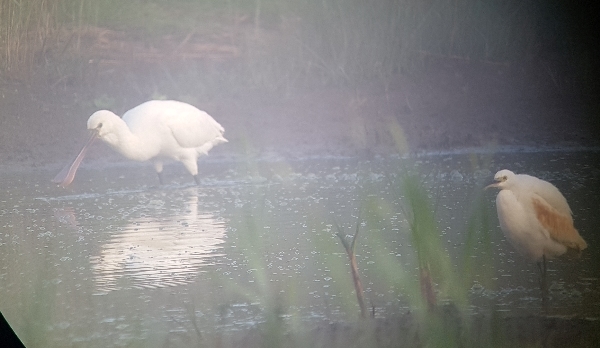 Eurasian Spoonbill in the mist with a very tarnished Little Egret 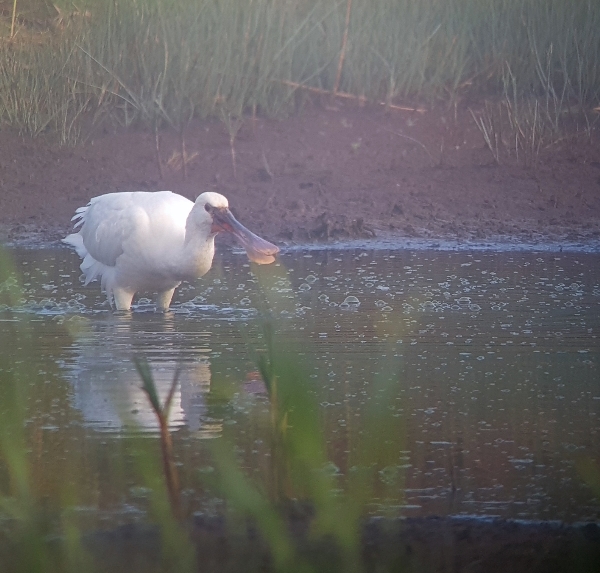 A short while after Brian dropped me off the fog started to lift, I was positioned by a pool and waited for the air to clear, soon I had perfect visibility for about 100 meters and I could see a Little Egret and a Grey Heron. A few minutes later the Spoonbill circled above the pool and dropped in next to the Egret, wow, it was so close and didn’t seem to be bothered by my presence, I had a good 20 minutes with the bird along with a local bird Photographer. 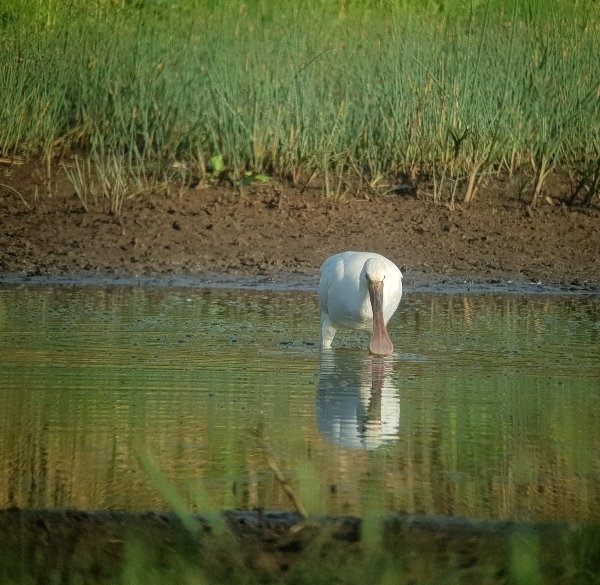 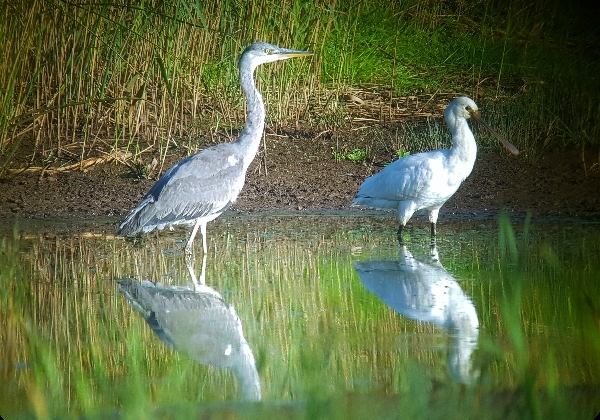 I  moved a little to the left and flushed the bird, oops!! The photographer was fine about it he had many superb pictures to treasure, I walked on across the marsh looking for other species. I found a Stonechat, a flock of Goldfinches and some Dunnocks but not much else. 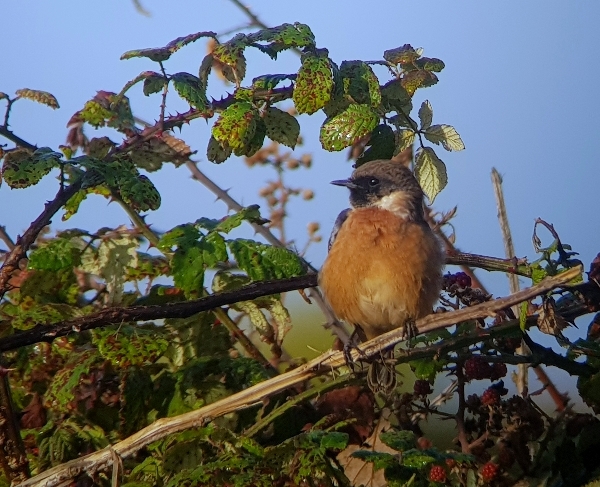 The pool at Longstone Rock can be viewed from the elevated position on the road, I spent about 20 minutes there, where I saw  Water Rail, Kingfisher, Coot, Moorhen, Little Grebe, Teal, Mute Swan and Mallard. 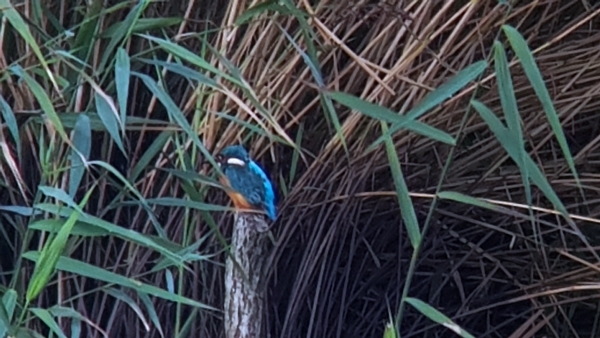 a record shot of a very distant Kingfiser

From Longstone I walked down to the beach path and headed off to Penzance which I think was 3 miles away. The walk produced very little because there was far too many dog walkers on the beach, I did see two Northern Wheatears, two Dunlin, a rocky island with both Cormorant and Shag and lots of Herring Gulls. 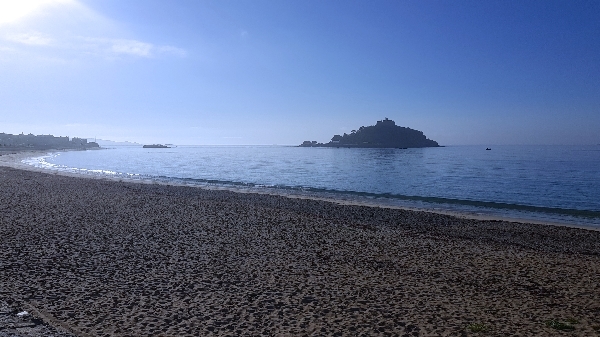 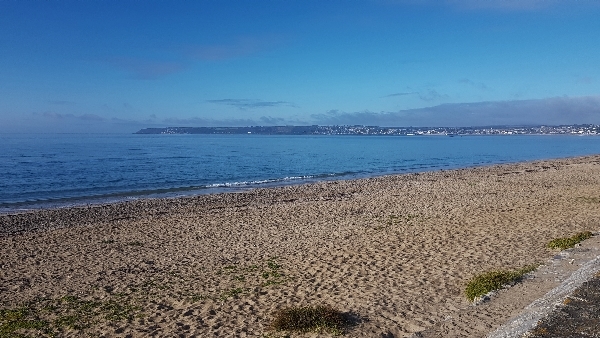 I caught the train at 11 minutes past 11am and got back to Hayle a few minutes later, from the station I walked down to Carnsew Pool and over the next 2 hours I spent my time walking around the pool, along to Ryan’s Field and back again. I saw all the species listed yesterday with the addition of Brent Geese (4 of them were on the estuary and I was told about them by Craig), these are the first Brent Geese to appear in Cornwall this autumn. 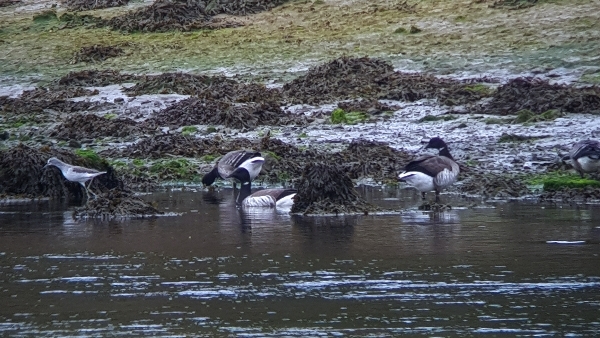 Brent Geese with a Greenshank

I had many sightings of waders, I added Common Sandpiper and Spotted Redshank to my list and had better views of Grey Plover, Knot, Bar-tailed Godwit and dozens of Dunlin. I never caught up with Curlew Sandpiper or Little Stint today nor did I see an Osprey. A Sparrowhawk flew down onto the mudflats and took a Dunlin, it sat on the poor Dunlin for while before flying off with it still alive! A Great Crested Grebe on Carnsew Pool was a local celebrity because it is a species rarely seen at Hayle. I also noted over a hundred Mediterranean Gulls but my search for Yellow-legged Gull drew a blank. 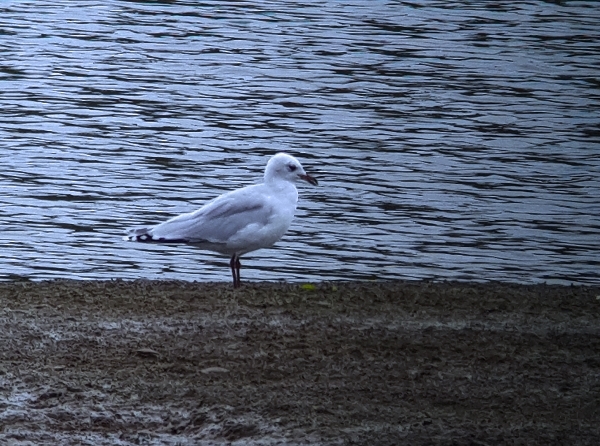 I met up with Terry and Margaret who are joining my trip to the Isles of Scilly tomorrow and I also bumped into Craig and Shay once again. 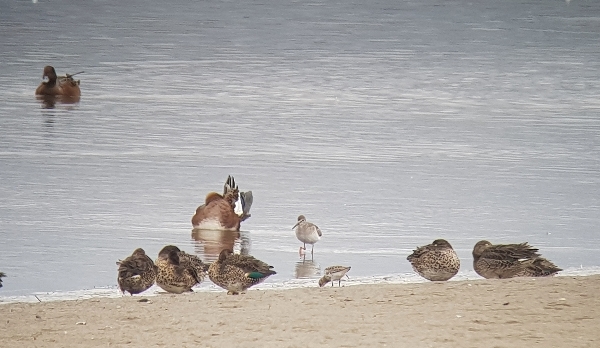 my very distant view of a Spotted Redshank with Dunlin, Teal and Wigeon 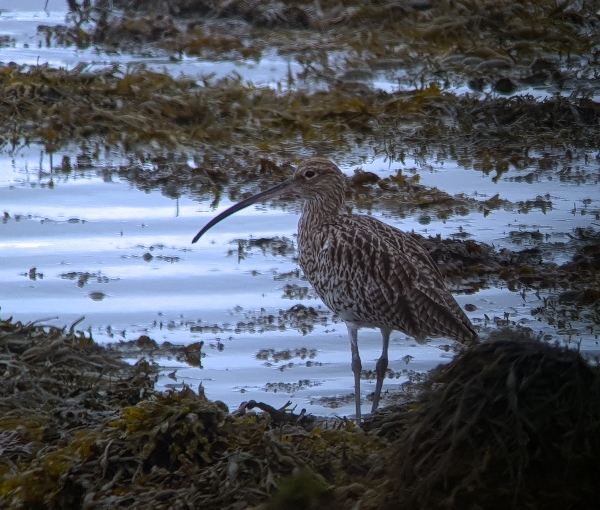 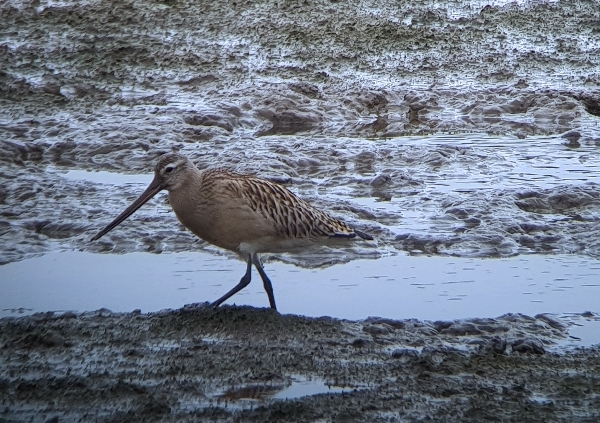 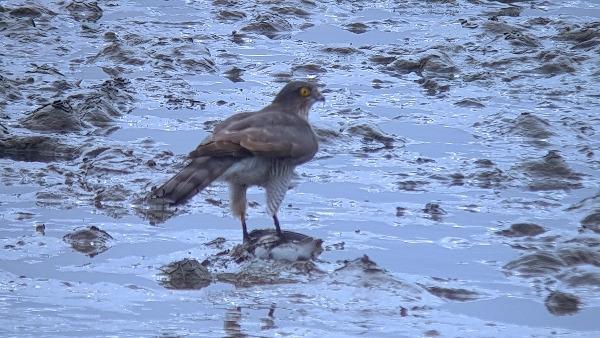 a big female Sparrowhawk standing on a Dunlin which was still alive, she flew off with it a few seconds later

At 5pm I walked into Hayle and bought supper for Brian and Mary and myself, we ate our fish and chips whilst sipping a nice cold beer supplied by Brian. Their son David appeared and offered to take me to St Gothian Sands Nature Reserve whilst he walked the dog, I jumped at the chance having never been there before. A large open lagoon with a central island lies just beyond the beach, a disused sand extraction quarry is now filled with water and is a haven for a lots of species. I didn’t see too much, but I added Ruddy Turnstone to the wader list and I saw Tufted Duck, Teal, Mallard, Little Grebe, Pied Wagtails and lots of gulls. 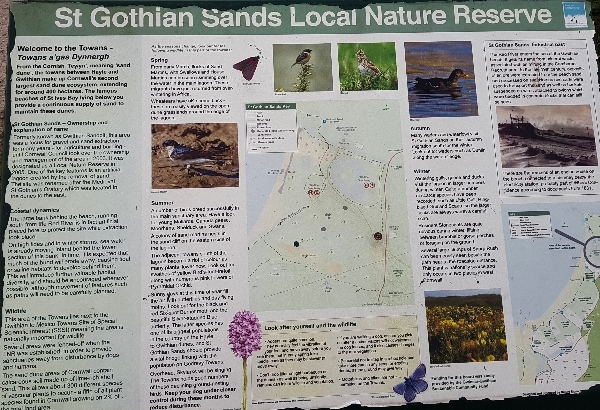 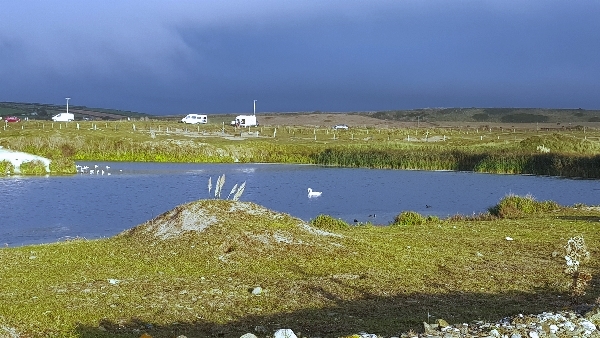 I was back to Brian and Mary’s house just as it was getting dark. My two day spell in Hayle was over it had been  wonderful staying with my good friends Brian, Mary, David and of course Fred the Staffordshire Bull Terrier. Tomorrow I head off to the Isles of Scilly, whoopee!!