PORTLAND FROM TOP TO BOTTOM AND BACK AND AGAIN

Another late start saw Dawn and I arriving at Portland at 11am. We parked near the Verne Common and headed for the coastal path at the East Cliffs. 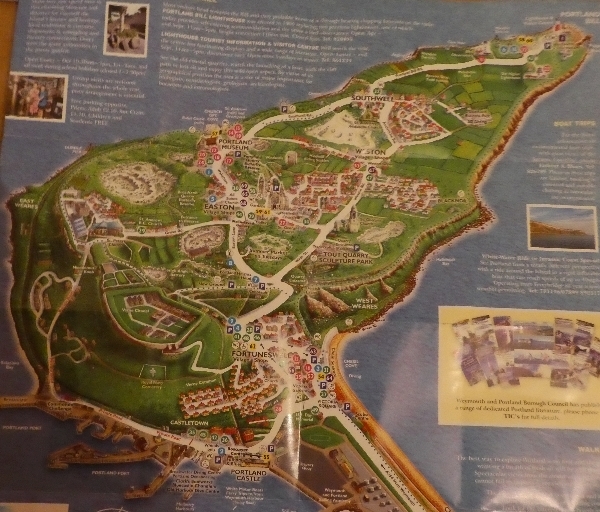 a map of the 'Isle' of Portland - we walked the entire coastline today. 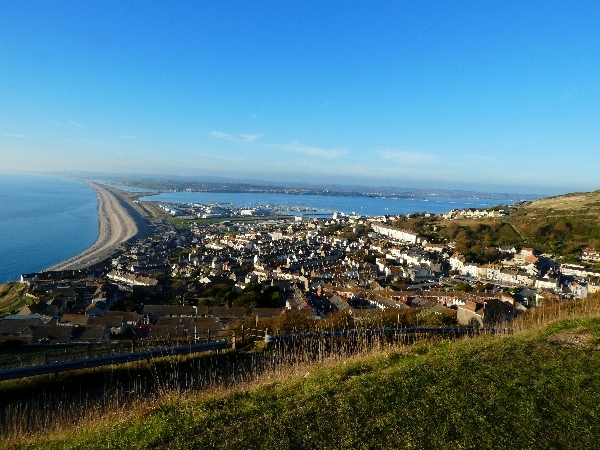 The view from where we parked the car. Chesil Beach on the left and Portland Harbour to the right

Apart from dozens of Crows, Magpies, Jackdaws and Wood Pigeons we hardly saw a bird, the only migrant species along this section of the walk was a single Barn Swallow. Many Butterflies were on the wing, we saw over 20 Red Admirals, a Painted Lady, Clouded Yellow, Small White and Speckled Wood. 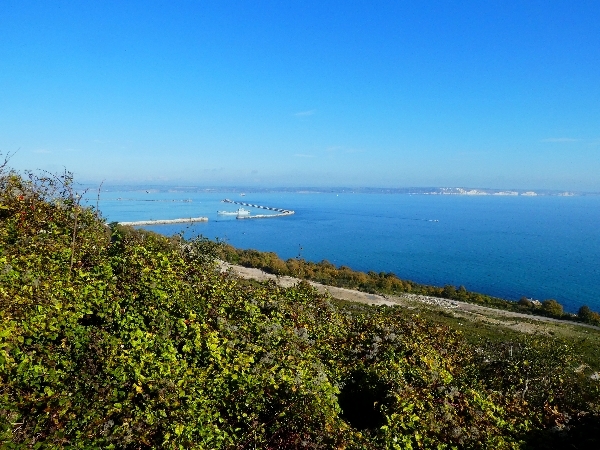 It was lunch time by the time we reached Church Ope Cove, so we sat on a bench in lovely sunshine eating our picnic. Several Ravens were dashing about along the cliffs and we saw a couple of Common Kestrels and a single Sparrowhawk. 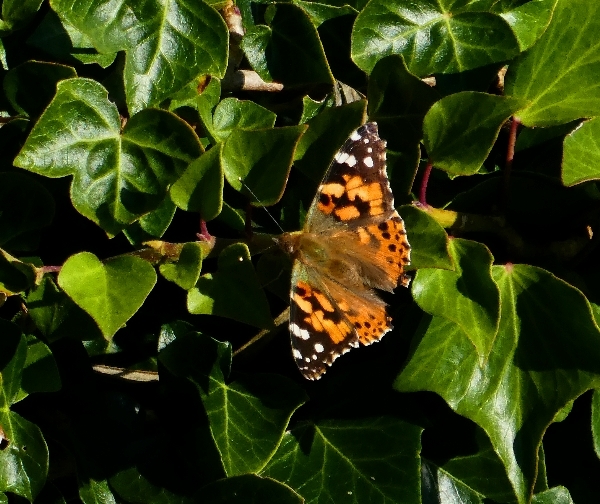 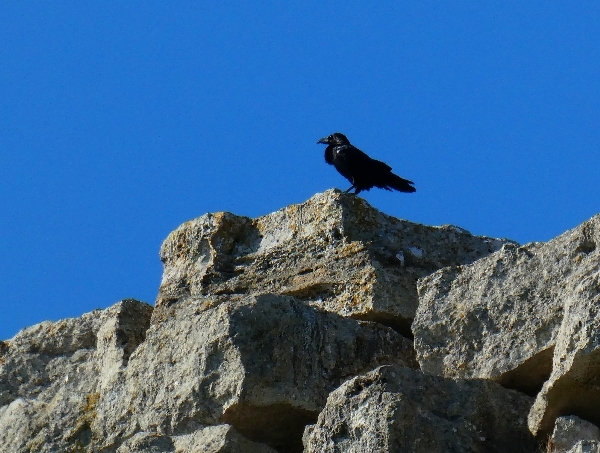 A Raven on the East Cliffs 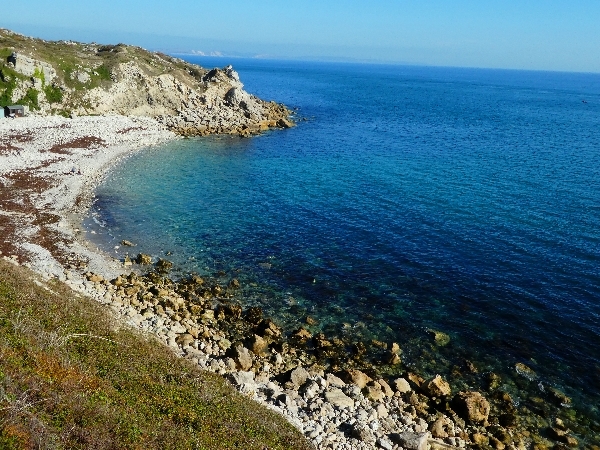 A view looking back to Church Ope Cove, the only natural landing place on Portland

It was not until we reached Portland Bill, after 3 hours of walking and some bird watching, that we started seeing a few migrant species. Both Skylark and Meadow Pipit flew over us in small flocks and several Norhern Wheatears flitted about on the grass. 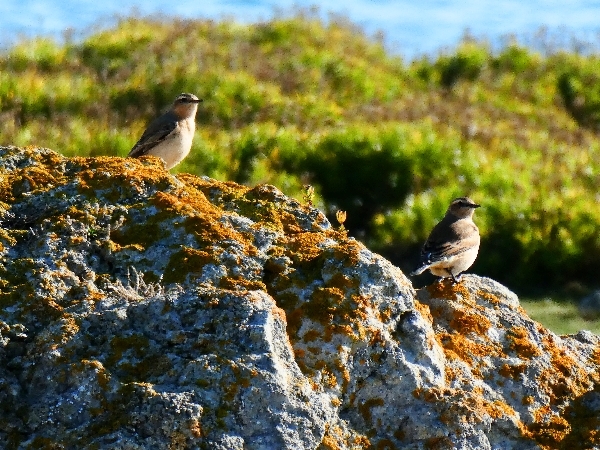 At the 'Bill' we sat and enjoyed a cuupa with so many other tourists, it was packed. Looking out to sea we saw Great Cormorants and a few Northern Gannets.On the grass and around the picnic tables a couple of Rock Pipits were picking up crumbs, Dawn tried to persuade me to eat a chocolate ice-cream, but of course, I refused!!! 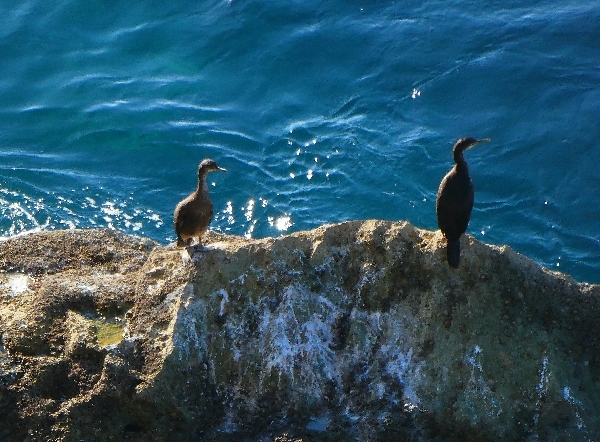 a pair of European Shags seen from the West Cliff

It was 3pm when we set off on the return journey, we walked the entire length of the West Cliffs and West Weare. These cliffs are ideal for Peregrines, four pairs of Peregrine Falcons breed on Portland, we never saw a single one! 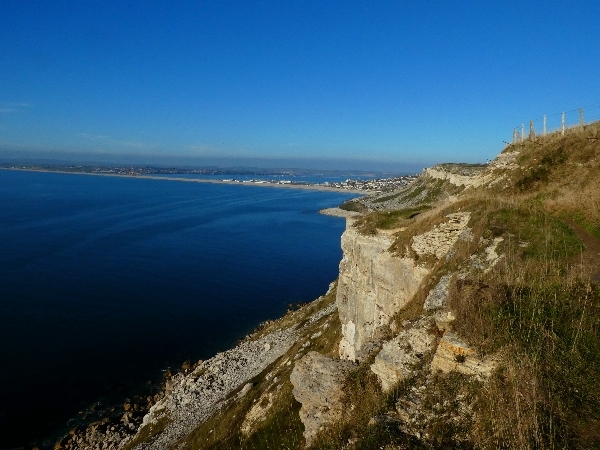 Looking towards Chesil Beach and Portland Harbour from the West Weare

At 5pm we returned to our car, both of us were worn out, almost 6 hours on foot up and down the Portland rocky terrain, what a fantastic way to spend your day!