Having already arrived in Faro two nights ago with Mike and Lorna and having collected Mervyn last night from the airport the four of us met at 6:30am for a quick bit of birding. We left our hotel, which sits right in the middle of the marsh and close to Tavira salt pans, and drove a short distance to the beach area. We found a Little Owl on the ruins of a fort and a small flock of Red Knot with Dunlin, Ruddy Turnstone, Ringed and Kentish Plovers and a few Yellow-legged Gulls. 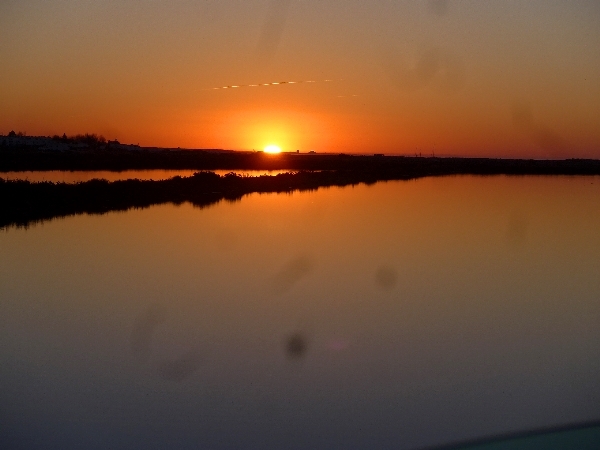 Sunrise over Tavira Salt Pans and the estuary 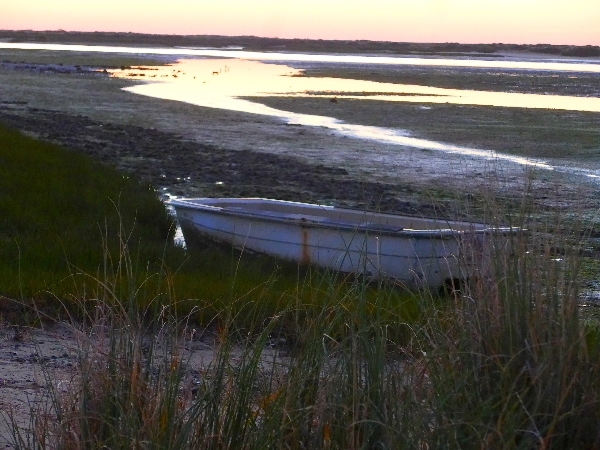 The salt pans nearby held dozens of Waders, with Pied Avocet, Black-winged Stilt, Dunlin, Curlew Sandpiper, Little Stint, Redshank, Ringed and Kentish Plover and a few Mallards, Gadwall and Eurasian Spoonbills. A fly-by Stone Curlew was nice to see too.

From our breakfast table we saw Sardinian Warbler just outside the window and flocks of Greater Flamingo fly passed in the distance. We then left for Faro Airport to collect 9 members of the Cheltenham Bird Club and over the next hour we collected a second minibus, the group and added Common Waxbill, Greenfinch and Jay to our list. The group arrived a little late but by 10:30 we were on the road heading for Castro Marim natural park found on the border with Spain.

We spent a good hour at Castro Marim which sits on the banks of the Rio Guadiana and consist of brackish lagoons, grass banks, salt pans and some scrub. We saw a good variety of birds, whilst enjoying the lovely sunshine and appreciating the cooling breeze. The pans held a dozen different species of waders and also Eurasian Spoonbill, Greater Flamingo, Little Tern and Common Shelduck. We also logged dozens of both Pallid and Common Swifts, Eurasian Hoopoe, Iberian Grey Shrike and Zitting Cisticola. 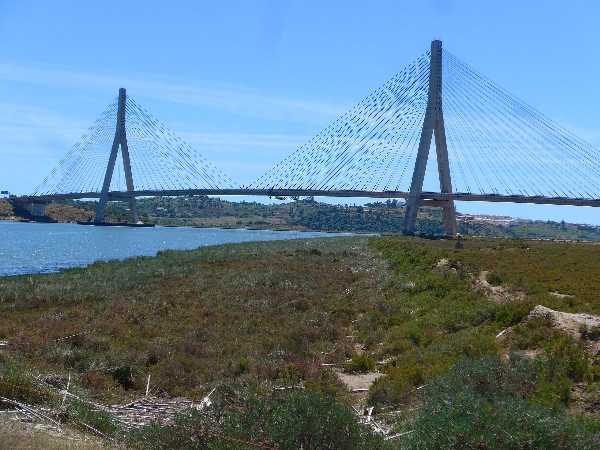 The bridge spanning the Rio Guadiana and joining Spain to Portugal

For the rest of the afternoon we worked our way northward following the course of the Guadiana River to Mértola where we are staying for the next four nights. We stopped several times, mainly at bridges where we had great views over the picturesque scenery. We saw many species, the highlights being; Crag Martin, Red-rumped Swallows, Golden Orioles, Spotted Flycatcher and Barn Swallow fledglings. Two highlights were; the finding of two Bonelli’s Eagles perched on a look-out tower high on the brow of hill and of two Short-toed Eagles soaring above us. 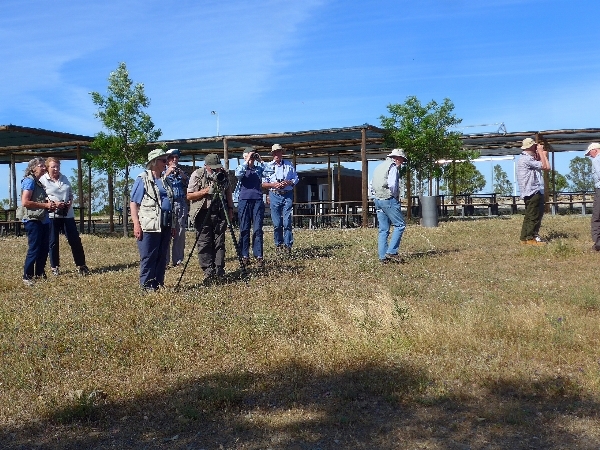 some of the group at Castro Marim

We made two further stops before arriving in Mértola at 6:15pm. The first was at the Reservoir just outside of Pereiro where our two target species we found without too much effort. The first was the beautiful Collared Pratincole of which we saw half a dozen and the other was the plain looking Greater Short-toed Lark which was equally appreciated by the group. 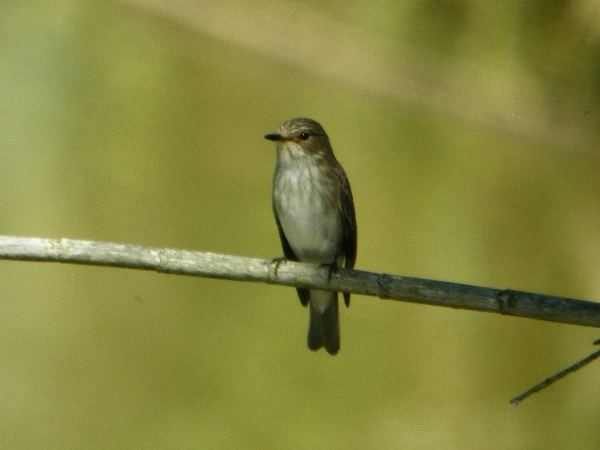 Our last stop was at another bridge near Mértola where we saw more Golden Orioles, Blue Rock Thrush and Crag Martins. 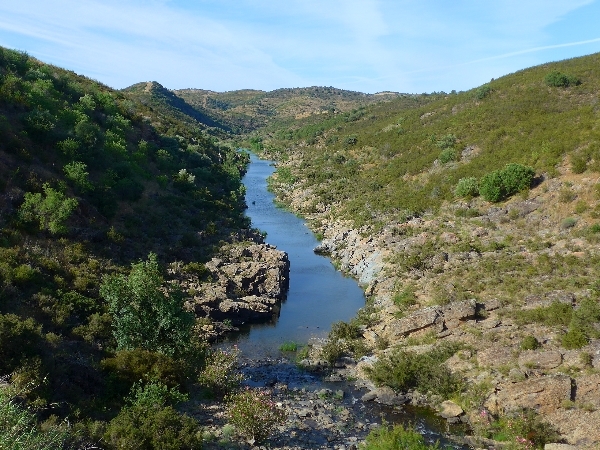 We settled into rooms at the hotel which overlooks the river before sitting down to a lovely traditional Portuguese meal. Our bird-log call revealed that we had seen 51 species so far.