With no pre-breakfast walk planned we met at brealkfast around 7:30am some of the group had been out walking and photographing the Blue Rock Thrush family just outside the hotel. 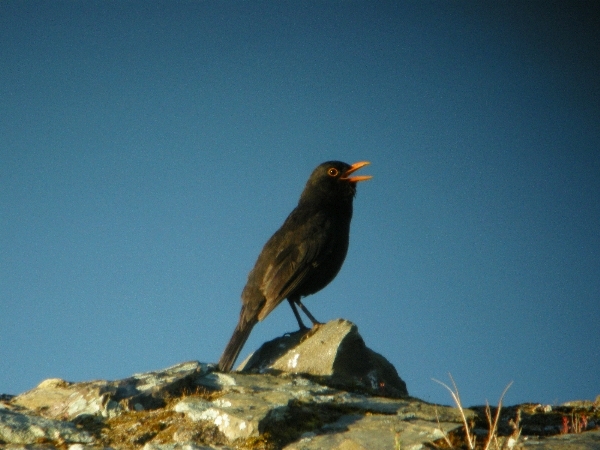 Often overlooked because it is so abundant, thie Common Blackbird delivers a beautiful and melodic song that brightens even the dullest of days

We left the hotel around 8:30am and headed northward towards Beja. Most of the early part of the morning was spent in the bus looking for a ‘sandgrouse’ hot-spot but our directions were not too good and we never found the place, We did stop a couple of times to watch Montagu’s Harrier, we also saw Woodlarks very well and a brief spell on a bridge produced White Wagtail and Little Ringed Plover. 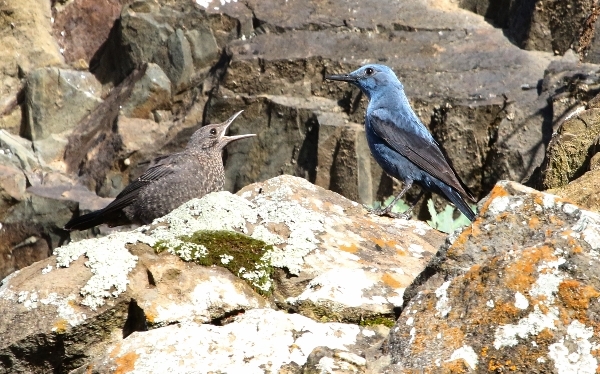 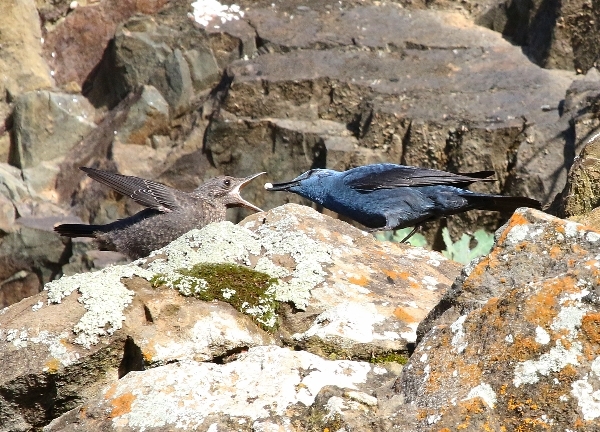 But it was the weather that drove us away, I don’t like windy conditions and I hate the rain but both together are just too much. At 10:30 we drove to Castro Verde for a coffee break before we set off for the coast.

The scenery south of Almodôvar was beautiful, gently rolling hills, miles of woodland but we couldn’t stop because of the weather. A Short-toed Eagle on a roadside pylon was nice to see it was a young bird with a very white plumage.

It was around 12:30 when we arrived at our picnic venue, luckily for us we had driven out of the rain and a dry spell ensued. We ate our lunch at the beginning of a 5km track that leads to the Fonté Benécola a local beauty spot with a fountain. We saw Eurasian Nuthatch, Serin, Sardinian Warbler and we heard Golden Oriole, Common Nightingale and Cetti’s Warbler during our lunch break. However the walk produced very little else, An Iberian Woodpecker called and a couple of Iberian Chiffchaffs sang but we didn’t see either of them. 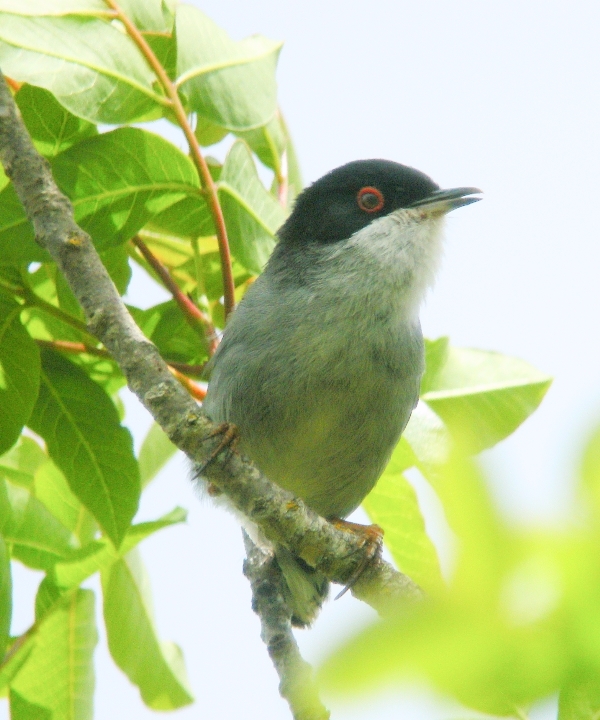 At 2pm we set off for the 1 hour drive to the coast at Tavira where our hotel sits right out in the marsh and adjacent to a series of salt pans. As we arrived the weather improved, clouds cleared and the sun came out, the mood of group was further lifted when we found dozens of waders to look at. 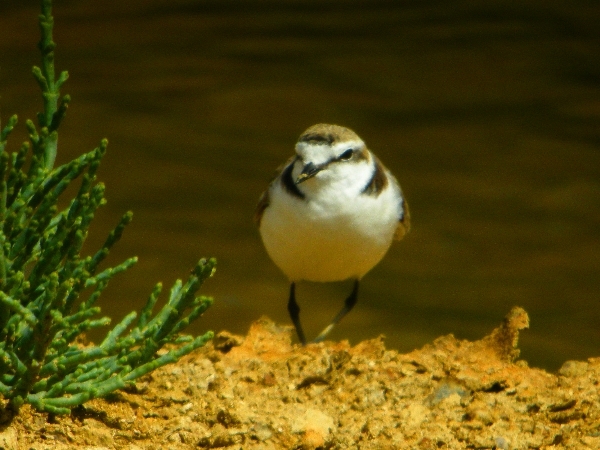 We spent a happy-hour watching waders, gulls and terns listing several new species for the tour including both of the sought after gulls; Slender-billed and Audouin’s. Little Terns posed nicely for the camera as did Kentish Plover, Western Yellow Wagtail (Iberiae) and several other wader species.

It was 5pm when we reached our hotel we took the rest of the afternoon off and just relaxed in the beautiful grounds and surroundings of the hotel. A superb dinner was taken at 7pm, what choice of food it was incredible. Wevalled the log after dinner and retired to bed around 9:30pm.