WEATHER; hot, sunny and bright for most of the day then a huge thunderstorm developed, clear later

It was warm ans sunny at 11 am when we arrived at Faro Airport, the airport was crowded with hundreds of tourist arriving for a sunny break. After a slow exit we managed to get the hire bus relatively quickly and soon we were on our way. A short stop was made at the Ibis Hotel to collect Peter and Dinah who had arrived yesterday.

We headed towards the Spanish border at Castro Marim where we spent an hour watching a few birds, a numberof species had been recorded along the way Including White Stork, Iberian Magpie, Eurasian Magpie, Common Swift and many Collared Doves. 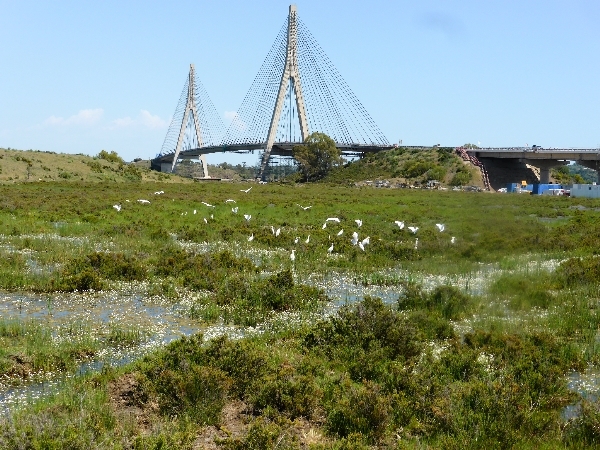 The nature reserve at Castro Marim was very disappointing, I can remember recording over 20 wader species in the past at the same time of the year, today we found just three! Black-winged Stilt, Sanderling and Little Ringed Plover. A scruffy bunch of Greater Flamingos were joined by half a dozen Eurasian Spoonbills and a couple of Common Shelduck. Peter and Dinah saw a Woodchat Shrike near the car park and we all watched a Zitting Cisticola at the top of a tree. 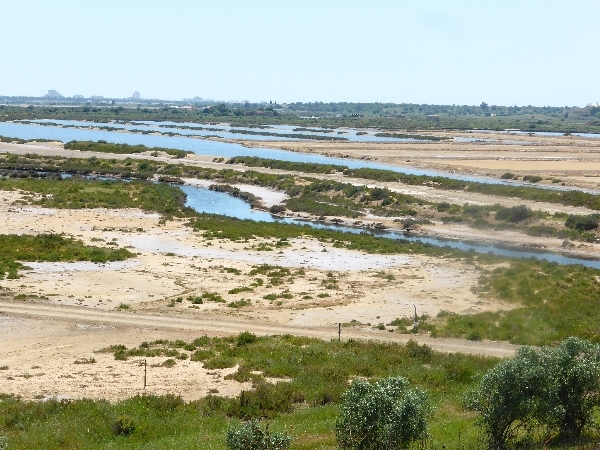 the denuded salt pans at Castro Marim devoid of bird-life

Our only raptor during our visit to Castro Marim was a Marsh Harrier, during a walk we also recorded Sardinian Warbler, Zitting Cisticola, Corn Bunting, Western Bonelli’s Warbler, Common Stonechat, Crested Lark, Barn & Red-rumped Swallows, House Martin, Common and Pallid Swifts and a single Yellow Wagtail (iberiae), a flock of some twenty or so Cattle Egrets gave us some enjoyment they looked splendid in their summer plumage. We then drove to a sand bar at a small headland where we found two more waders, Kentish and Greater Ringed Plovers and a Little Tern fishing in the river was nice to see. 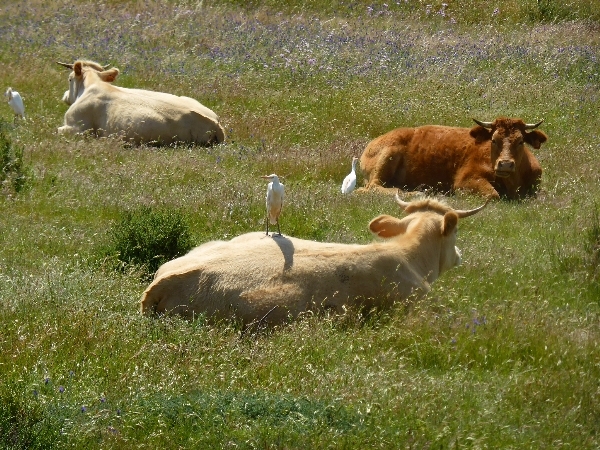 Moving on we travelled northward along the border between Portugal and Spain on a secondary road, stopping a couple of times at bridges and at high points to scan the countryside. Few birds were added to the list, we did hear Cetti’s Warbler, Golden Oriole and we saw many more Iberian Magpies. At one bridge we had superb views of Common Nightingale and a pair of Crag Martins but not much else. 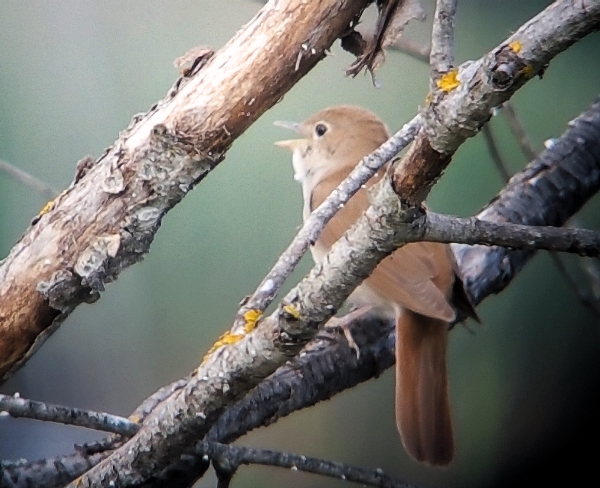 The dark clouds were gathering ahead of us and thunder began to rumble in the in distance we could see that the storm was heading our way. We made it to the Reservoir at Pereiro without a drop of rain, as we had headed westward we left the storm behind us somewhat. The light wasn’t perfect when scanned the banks of the small reservoir at Pereiro but we managed to quickly find Collared Pratincole (a pair were mating) and Little Ringed Plover. 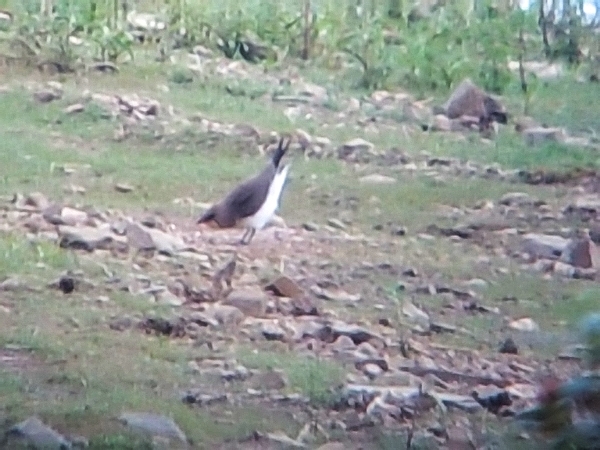 On the open grass area leading down to the reservoir we managed to find a couple of pairs of Short-toed Larks they gave great views in the scope. Job done, both target species were found very quickly, the thunder and lightening drew near.

That concluded our birding for the day the weather wouldn’t allow any more! We drove to Mertola some 20km away and quickly settled into our hotel. We met up at 7pm to call the bird log, 53 species were seen during our first day. We then ate out in a restaurant in the town, the thunderstorm had passed over, we missed most of it.