WEATHER: dry, sunny and warm all day. A light breeze to keep us cool was most welcomed.

Our pre-breakfast walk was to the gorge just east of the hotel, we planned to walk a well worn track from a car park on the edge of town but due to construction work the track was blocked. So we spent about 90 minutes watching over the gorge from a pull-in near the bridge.  The Lesser Kestrel nest-box scheme under the bridge appears to be working well we saw about 10 pairs, one or two boxes were being used by Spotless Starlings. We had great views of the kestrels for most of our stay. 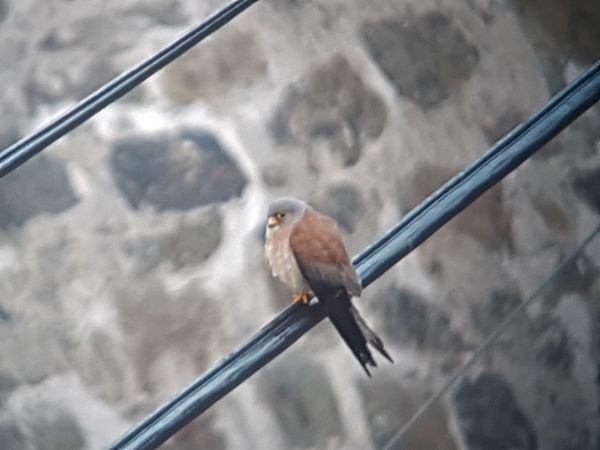 The gorge was looking beautiful in the early morning light we quickly found a number of species and had to wait for others. A Blur Rock Thrush sat out singing near the town’s citadel which towered above us, a pair of Red-legged Partridges sat in the sun on the rocks far below us and we eventually located a Rock Bunting that was also singing. Golden Orioles were not so showy we had only flight views of those, several were flitting about in the gorge. House and Crag Martins joined the mass of Barn Swallows in the air but not larger raptors were seen. 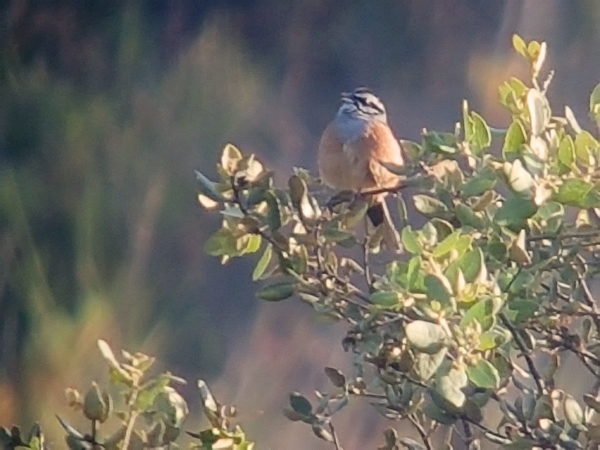 After breakfast we drove out of town towards Castro Verde before turning off on a side road to Entradas. We made several stops along this road looking for new species. Our first was in a wooded area where we found Woodlark, Turtle Dove, Woodchat Shrike, Common Stonechat and not much else. European Bee-eaters were seen along the road on a number of occasions. 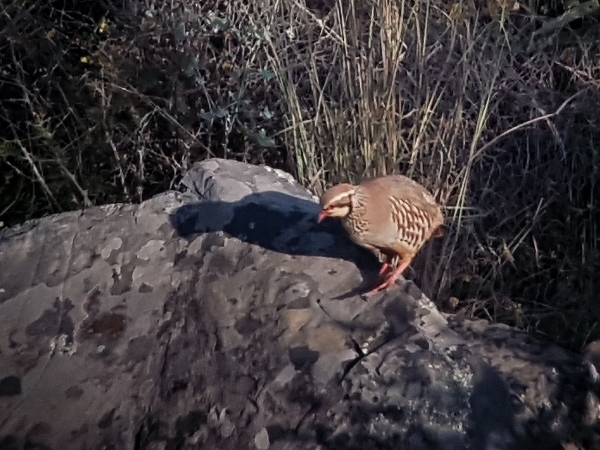 At a small lake we found Mallard and Little Grebe and over the wooded hillside we saw very distant Griffon Vultures circling with White Storks and a Marsh Harrier flew over us. The open plains were disappointing because the grass was so long, we did have fantastic views of a male Montagu’s Harrier and we manged to see Crested, Calandra and skylarks. A couple of Hoopoes flew down onto the track at one point.

A tiny reservoir near the town of Entradas held a number of species we saw Red-crested Pochard, Mallard, Gadwall, Little Grebe, Coot and Moorhen. A White Wagtail flitted around on the dam and we saw another Marsh Harrier fly over, the ubiquitous Cron Bunting was on every bush, every fence post and just everywhere.

After a short coffee break in Entradas we drove straight to Great Bustard Reserve just north of Castro Verde, it was quite hot by then with a heat haze that prevented distant viewing. We saw more Bee-eaters from the picnic site in the car park where we ate our lunch. Western or Eurasian Jackdaws had taken over one of the Towers provided for the Lesser Kestrels and both Carrion Crow and Raven were seen too. 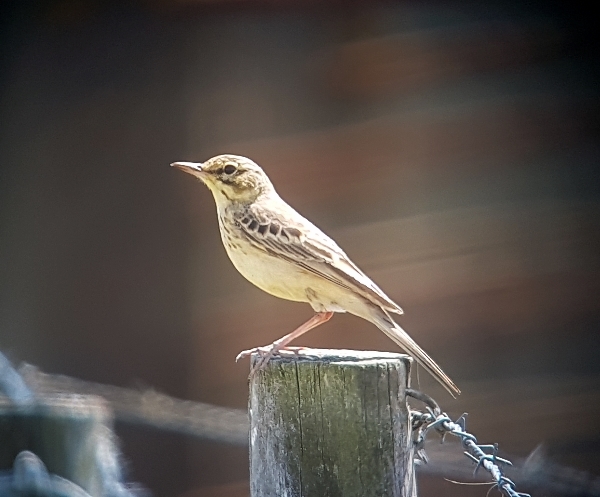 Our 3 km walk across the plains was most enjoyable, a breeze had picked up which kept us cool and reduced the heat haze but bird sightings were few and far between. We eventually found a number of Great Bustards, I think we saw around 10 altogether, they looked fantastic in the afternoon light. More Calandra Larks and lots of Crested larks were also seen. Near a derelict farm building we saw more Lesser Kestrels and a Tawny Pipit and scoping a large Eucalyptus we saw Common Buzzard and Raven. 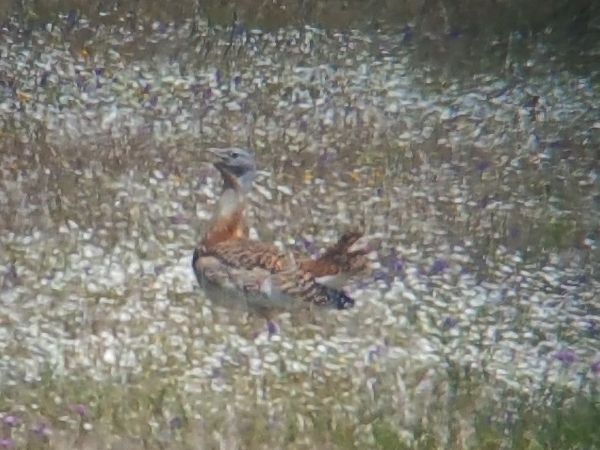 It wasn’t until we almost finish the walk that we saw our first European Roller, this bird took off from a fence post and gave us a fantastic flying display as it chased off a Kestrel and then performed a rolling dive back to a tree. A Red Kite circled over a nearby hill and proved to be our last new sighting before we left.

Before heading back to Mertola we drove to the south side of Castro Verde to look at another reservoir which is found alongside a main road. We found several new species there, from one end we scoped Grey Heron, Little Egret and Mallard and from the other, more reedy end, we saw both Great Crested and Little Grebes, Moorhen, Eurasian Coot, Mallard and Gadwall. Most of the waterfowl had chicks and the Great Crested Grebe was sitting on a nest. 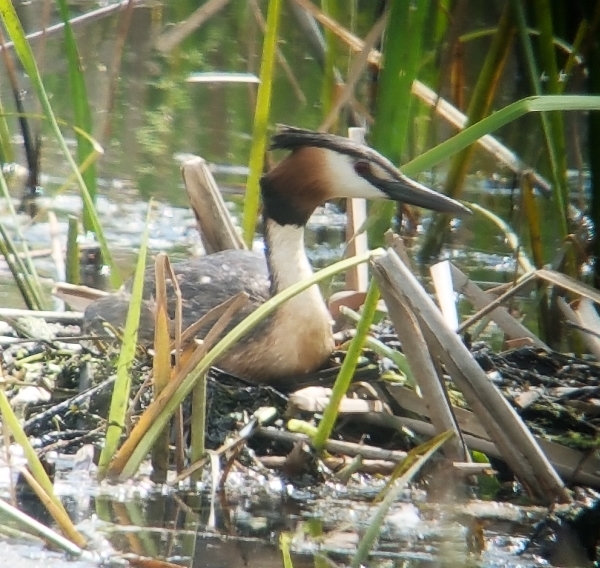 Great Crested Grebe on the nest

Black Kites and a Booted Eagle put in an appearance before we left and we saw two more Eurasian Hoopoes just as we drove off. Our last stop was near large mountainous hillside, a large domed landscape reaching up several hundred feet, it looked perfect for raptors. But after 20 minutes we only saw a couple of distant Kestrels but as we were climbing back into the bus a distant Booted Eagle appeared, we got out to watch it and discovered a SPANISH IMPERIAL EAGLE drifting over the hillside behind us. This bird stayed in view for about 10 minutes and put on a great show in the ‘scopes.

Dinner was taken in a tiny restaurant just up the street from the hotel, our list included 60 species, 29 of them we new for the tour.