WEATHER;  dull and overcast for most of the day but dry, a little brighter late afternoon

We had an extra hour in bed today, breakfast was at 7am. As we emerged from the hotel a  heavy cloud base hung over the town which made it feel cold but luckily only a light breeze blew.

As it happened the kitchen staff were late for work so we ate breakfast at 7:30 and set off at 8;30, the heathland due east of MÉRTOLA was our first destination, we were hoping for a sighting of a Spectacled Warbler but we never saw a single bird on the heath! We heard a Hoopoe calling and Crested Larks flitted about near the road, but the heath was devoid of birdlife.

We were more successful a few miles further along the road, a track led up to a number of radio masts, so we drove right to the top and birded from there. It was a little chilly and a cool breeze chilled the bones but we heard birds singing, hooray! 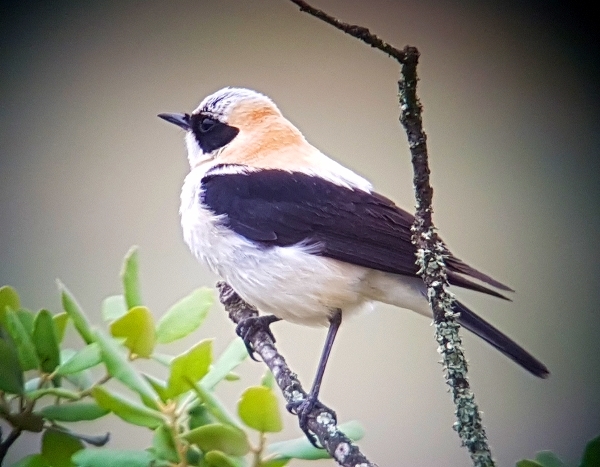 We found Thekla Larks and we heard Subalpine Warbler but it whilst we watching Bee-eaters on a power line that we found a male Black-eared Wheatear, smashing bird. Closer approach was obtained with a little stealth, we got super views of the bird.

Just before we left a Green Woodpecker called down in the valley below us, it was seen in flight but we never saw it perched. Then as we slowly rolled the bus down the hill a Subalpine Warbler was seen singing from a telephone line, we scrambled out of the bus and spent the next 10 minutes watching the bird performing from different song posts. At the same time a Dartford Warbler put in an appearance and sang from virtually the same twigs, wow, a little confusion ensued amongst my clients but we sorted out the differences in the species after a short while. 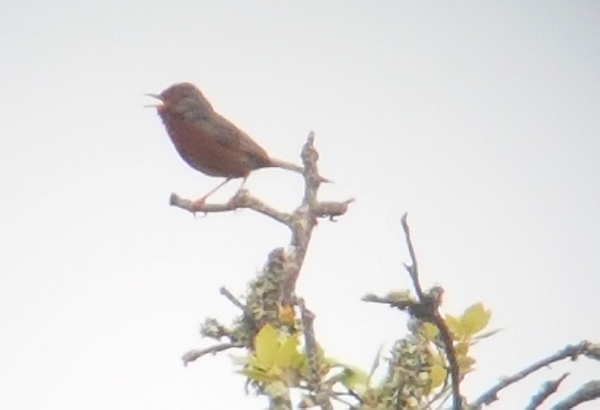 a record of the Dartford Warbler - this bird was very distant

Our main target species today was the White-rumped Swift which is best seen at the Copper Mines at Sáo Domingas, so we drove further eastward and parked the bus in the hills near a small village, we had good views of the disused mines from our high vantage point. After an hour of seeing nothing but a single Barn Swallow and lots of larks and Hoopoes we gave up, it just wasn’t the right weather for swift or raptor watching. 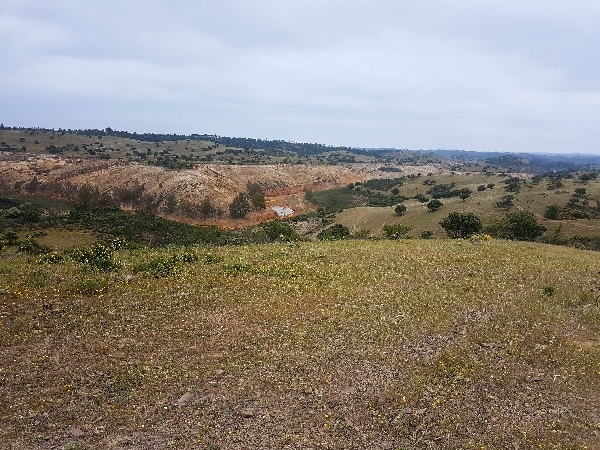 looking across to the Copper Mines at Sao Domingas

Back at the bus we heard another Green Woodpecker and a Common Buzzard drifted over, our only bird of prey of the day so far. Driving back towards MÉRTOLA along the main road we turned off onto another dirt track, the surrounding fields looked to have the potential for steppe species. We quickly found a small number of Stone Curlews which were very flighty and yet another Hoopoe.

Further along the track we gained some height and had a nice panoramic vista of the surrounding farmland and to our great delight we found two male Little Bustards in the field adjacent to the track. They did not perform their mating calls or their ‘jumping’ performance but it was nice to see them.

Back at MÉRTOLA my tres amigos forced me to stop for a coffee before we drove out of town towards Castro Verde. We stopped for lunch near the Great Bustard Reserve and enjoyed smashing views of several Montagu’s Harriers whilst we ate and a Short-toed Eagle sitting on a post near the roadside was seen along the way. 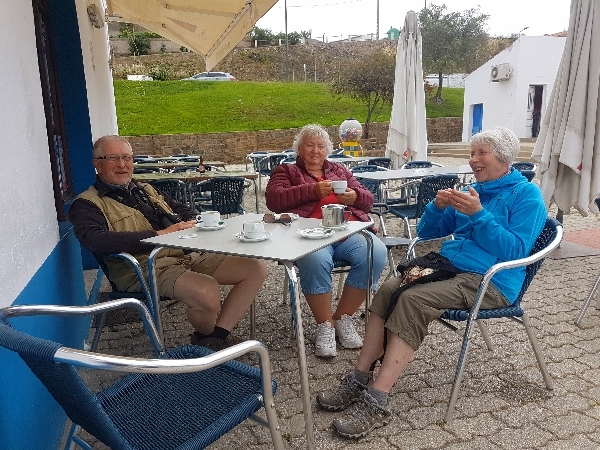 We also had views of Collared Pratincoles as they dashed about over the fields to our left, whilst watching them we discovered a small lake in the dip of the hills. ‘Scoping the lake we saw a number of ducks, lots of Black-winged Stilts, four Black-headed Gulls and a BLACK TERN, what a great find. We tried to gain access to the fields to get closer to the lake but it was impossible, what a shame as a small number of other waders were present and went unidentified because of the distance. 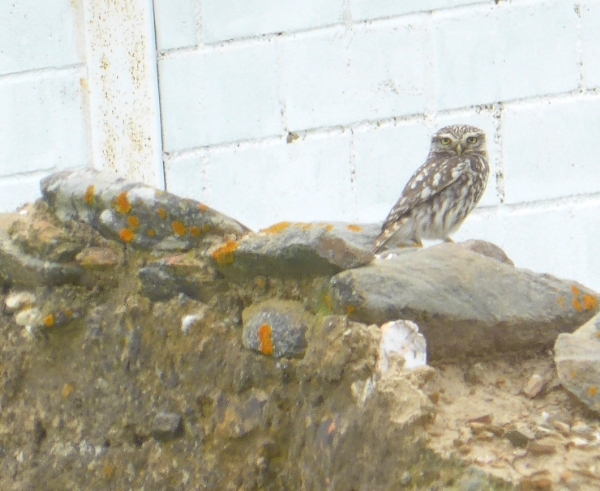 Barbara found not one but two Little Owls during the afternoon

We topped up with fuel at Castro Verde and set off for the return journey via Entradas, the quiet road down towards MÉRTOLA was supposed to be good for Black-winged Kite, which is still missing from our list. More Montagu’s Harriers were enjoyed, we got close to a calling Common Quail but still never saw one and a stop near a river produced our best raptors of the day in the form of SPANISH IMPERIAL EAGLE and a Booted Eagle.

Closer to the ground we watched a bunch of Bee-eaters near the river before we finally left for the hotel. It was 5:30pm when we arrived back, plenty of time to get ready for dinner at our favourite restaurant which was booked for 7:30pm.