I teamed up with Mike and Lorna at London for these two per-tour nights in Portugal, they are joining me for the forthcoming 7-day tour. After spending most of Saturday travelling from Mytline, Lesvos to Faro, Portugal via London, England we arrived at our hotel at midnight last night.  That did not deter us from meeting at 7am for breakfast before setting off for a whirlwind tour of the western Algarve on Sunday. 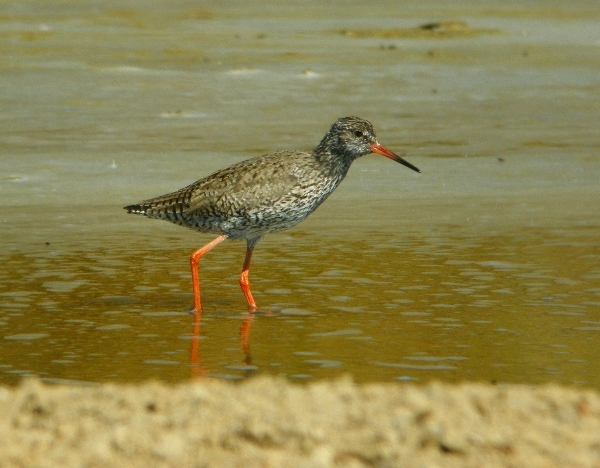 The salt-pans and marshes around our superb hotel held lots of species, we saw 16 species of waders throughout the day as well as 36 other birds. The weather was hot but a cooling ocean breeze stopped us from frying.

We first drove inland to check out a river-valley near Barrancho where a number of woodland species can be found as well as the possibility of Eagles and White-rumped Swift. This very picturesque and popular spot was swamped with people, a sponsored walk was underway when we got there, the car park was crammed with cars, we squeezed in but spent very little time there. A little walk produced Red-rumped Swallow, Serin, Jay, Golden Oriole, Sardinian Warbler and some common woodland species. 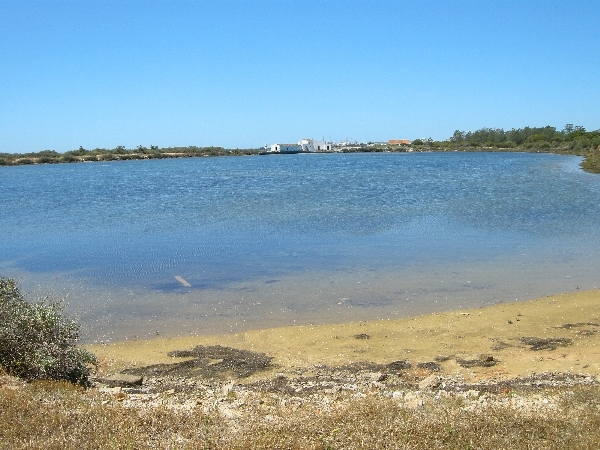 Back on the coast we visited part of the Ria Formosa natural Park at Olháo where two contrasting lagoon held a number of species. One lagoon was deep and consisted of salt-water, the other was shallow with scrapes and islands. Most of the birds were feeding in the latter, a large flock of Bar-tailed Godwits were joined by Red Knot, Dunlin, Kentish and Ringed Plover, Redshank, Sanderling and Turnstone.

Little Terns were dashing all over and as we walked along the shoreline we added Great Cormorant and Whimbrel.

The large expanse of marshland and tidal lagoons near Praia de Faro were very busy with tourists and Sunday walkers but we managed to find some quiet spots where we enjoyed watching Eurasian Spoonbills, Iberian Magpies, Eurasian Hoopoes and a few Gadwall, Coots and Grey Plover. 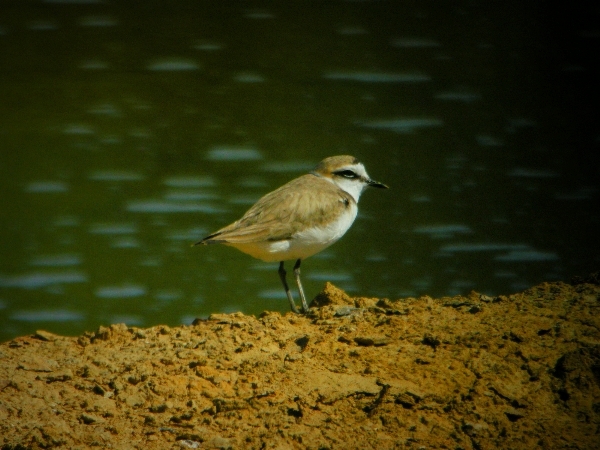