PUNTA UMBRIA WALK, GIBRALTAR AND PICNIC BY THE RIVER

Some good birds and butterflies recorded during yesterday's walk and today's picnic by the river was magical............

Yesterday we said goodbye to Sophie and John who had been staying with us for two weeks but before they went we took them on one last walk. We went early as it was nice and cool but despite this we still got hot. Not many birds were seen but both Scarce and Common Swallowtail Butterflies we out in good numbers. We also saw Wall Brown, Common Blue, Wood White, Meadow Brown, Small Copper and Speckled Wood. 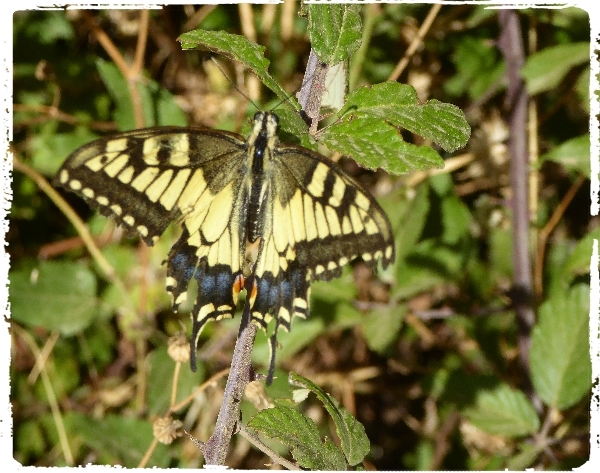 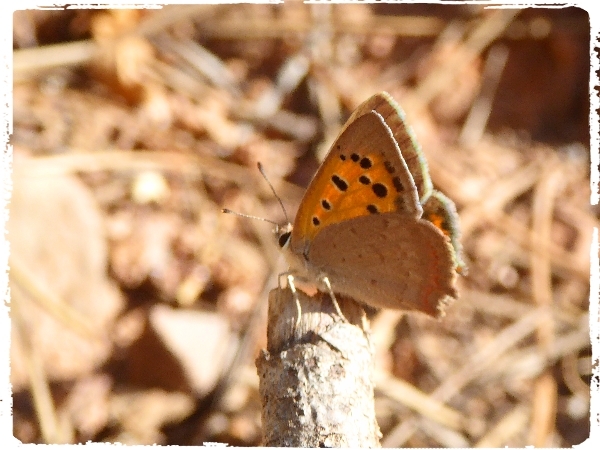 During the late afternoon we drove to Gibraltar and spent some time around Europa Point before dropping Sophie John at the airport for their flight home.

Today we went to our favourite picnic place down at the river near Estacion Cortes, we sat under our favourite tree and whiled away the afternoon. It was so peaceful, the silence broken only by the constant trill of Bee-eaters. Over 60 European Bee-eaters spent all afternoon feeding, preening and bathing very close to us. They weren't alone we had great views of several Golden Orioles, Common Kingfisher, Common Sandpiper, Little Ringed Plover, Turtle Dove, Cirl Bunting, White & Grey Wagtails, Cetti's Warbler and Bonelli's Warblers. 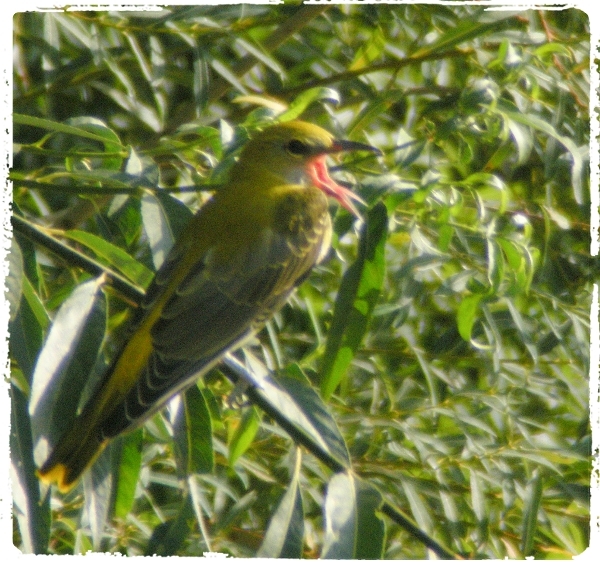 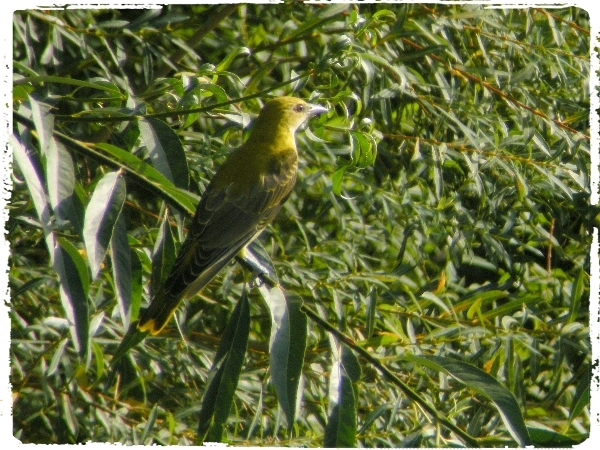 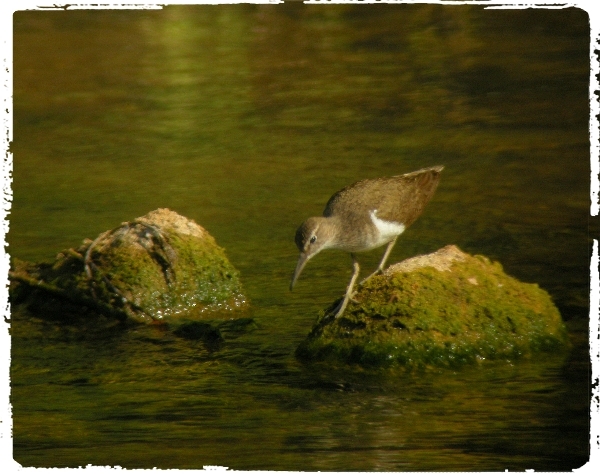 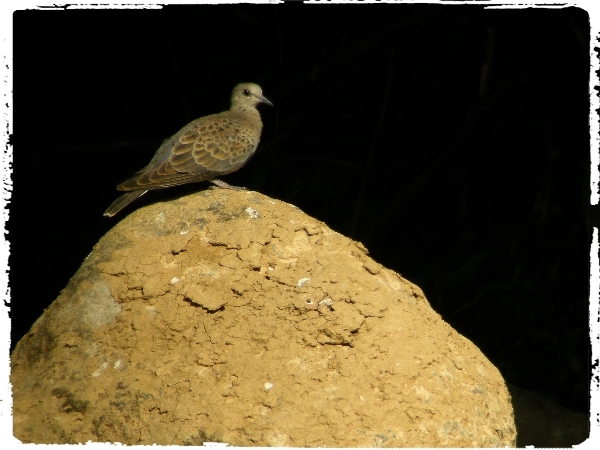 Turtle Dove or is it a Rock Dove? 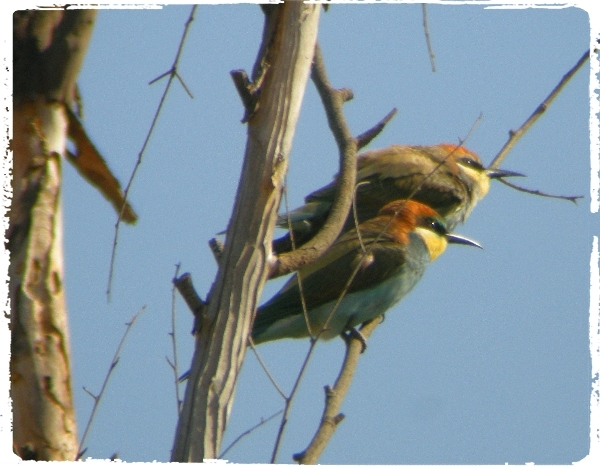 Other birds coming to drink in flocks were; Goldfinch, Greenfinch, Linnet, Rock Sparrow, Barn and Red-rumped Swallows, House Martin and Pallid Swifts. We also noted Grey Heron, Common Stonechat, Eurasian Sparrowhawk and Short-toed Eagle. At one stage I counted 68 Bee-eaters, 63 Rock Sparrows and 14 Spotless Starlings on one length of the nearby power-lines. A great afternoon birding, reading and digi-scoping.

A sighting of a Monarch Butterfly was the first for this site, we also saw Swallowtail Butterfly and a few Common Blues.