Madrid Airport, my favourite place? I don’t think so! However today wasn’t that bad but it was very hot and sticky. My group turned up at various times and at various terminals, including last night. This morning some of them spent time in the plaza at Barajas where they watched a family of White Storks, dozens of Common Swifts, several Monk Parakeets, Wood Pigeons, Spotless Starlings and House Sparrows.

It was about 12:30 when we finally set off on this exciting Tour, we made it to Alumia, our turn-off point, in good time, that is where we started ‘proper’ birding instead of noting specks in the sky or calling-out fly-bys. We did record White Stork, Cattle Egret, Eurasian Hoopoe, Black Kite, Common Buzzard, Griffon Vulture and several Eurasian Magpies along the autovia.

From Alumia we headed towards Belchite stopping at a number of places along the way, we noted Turtle Dove, Booted Eagle, Crested Lark, Black-eared Wheatear, Zitting Cisticola, more Common Buzzards and Black Kites up until we stopped at a pine woods near Villanueve de Huerva. In the woods we had a great time watching a pair of Bonelli’s Warblers collecting food and visiting their nest on the ground. We also found my favourite bird, the Corn Bunting, Common Chaffinch and European Robin. 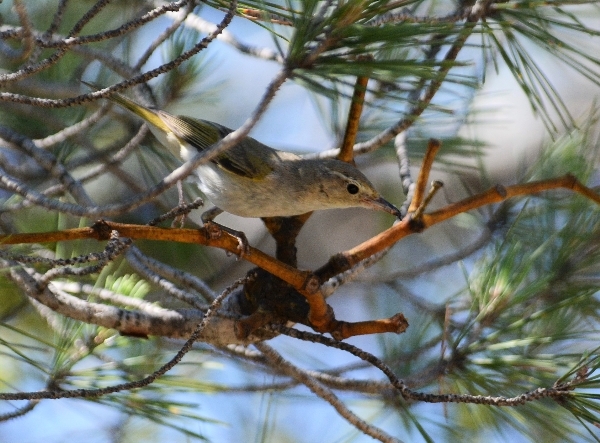 At Villanueve de Huerva we parked just outside the village and walked back to the bridge and then along a track into a cultivated area. We noted Blue Rock Thrush on the church roof, Goldfinches, Greenfinches, Serins, a Black Redstart and hundreds of hirundines and Common Swifts. 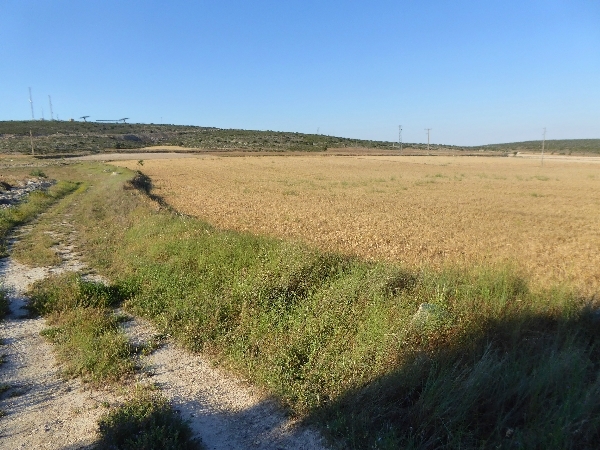 The fields beyond our hotel at Fuendetodoas

At 6pm we arrived at our hotel and within 10 minutes we were all checked-in, a little later we met on the front terrace for a cold beer before going for a short. Behind the hotel lies a village pond, with green water and with both Black and Mute Swans, a Greylag Goose and some very dodgey looking ducks, all non-tickable.

Our walk produced nothing new except for calling Golden Orioles, we left just after and went for dinner.