WEATHER: A scorcher today! The car temp. gauge registered 41C – full on sunshine all day! No wind until late morning.

A pre-breakfast walk around the tracks and lanes on the edge of the village near our hotel produced a few good sightings but not the Golden Oriole we expected after being woken up by several of them calling!

We had great views of Orphean Warbler, several were singing but one showed particularly well we also notched our first Raven and a Cirl Bunting. After breakfast we checked out of our hotel and headed off to El Planeròn natural park noting: Black Kite, Eurasian Hoopoe, Golden Oriole and Turtle Dove along the way. 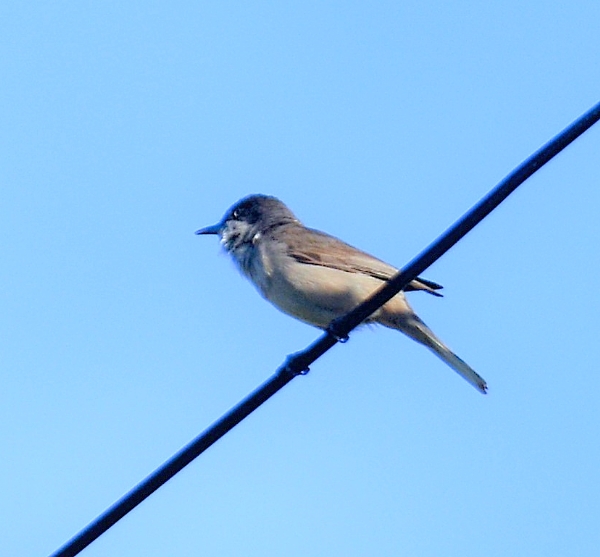 A good record shot of the Orphean Warbler by Bob LongHorn

El Planeròn is a huge conservation area consisting of vast tracts of pseudo steppe and is particularly noted for ‘housing’ the Dupont’s Lark as well as several other steppe species. It really is ‘Larksville’, they were everywhere, we saw six species but as expected not the Dupont’s. 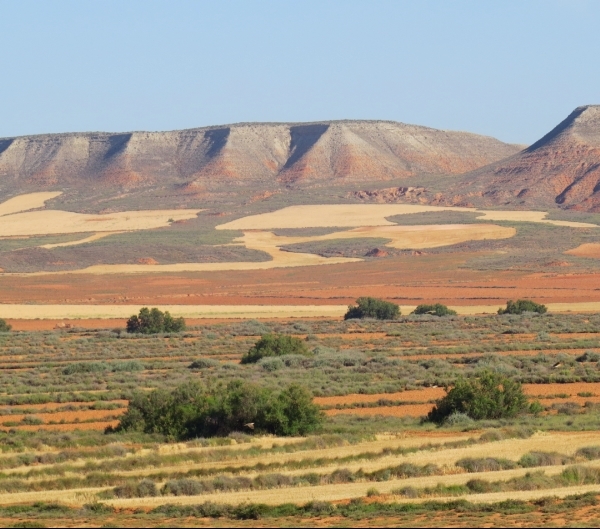 We drove onto to the reserve and worked our way along the tracks stopping at various view points, the scenery there is stunning, the distant hills are full of colour. Even at 9am the heat haze was causing difficulties with viewing distant birds, we saw Stone Curlews, Calandra and Crested Larks almost straight away. 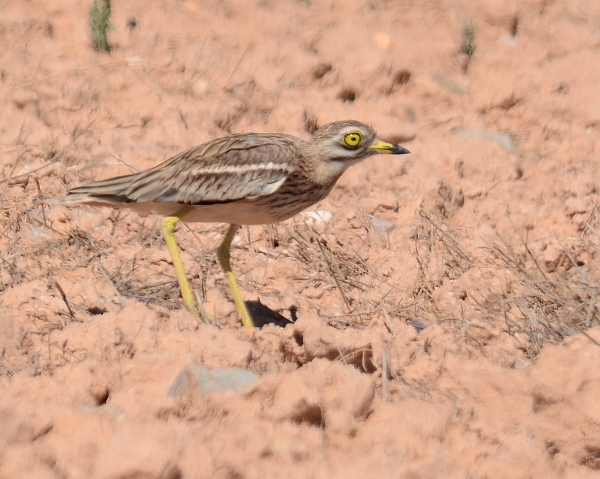 Both Greater and Lesser Short-toed Larks ran about on the tracks and Skylarks were seen frequently, but other than those we saw little else until we reached an area where a small pool has a tiny viewing hide. We stopped there and immediately saw two Black-bellied Sandgrouse, they flew over us nit too high and showed very well in the morning light. A Black-eared Wheatear sat on a bush very close to us. A few European Bee-eaters were a little further away as was Southern Grey Shrike and a few Corn Buntings. 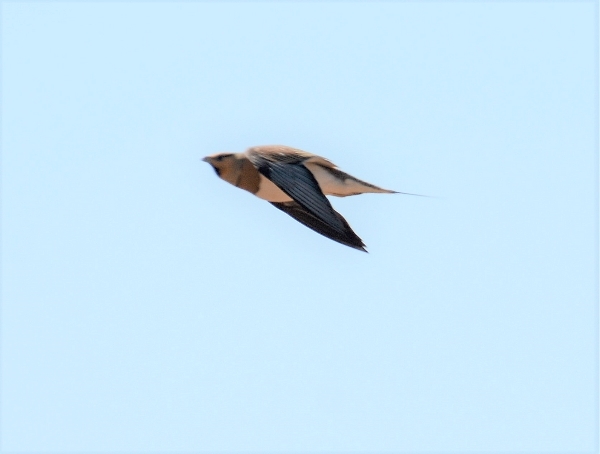 We visited the hide in relays, the first four were just on their way there when a Pin-tailed Sandgrouse flew over, we all saw it but it was a little higher than the Black-bellied, however, a few minutes later the bird returned and settled on the ground in full view and within easy scoping range! Fantastic, the four of us that remained had superb views of it, but because of the heat quiver we couldn’t get decent pictures of it. 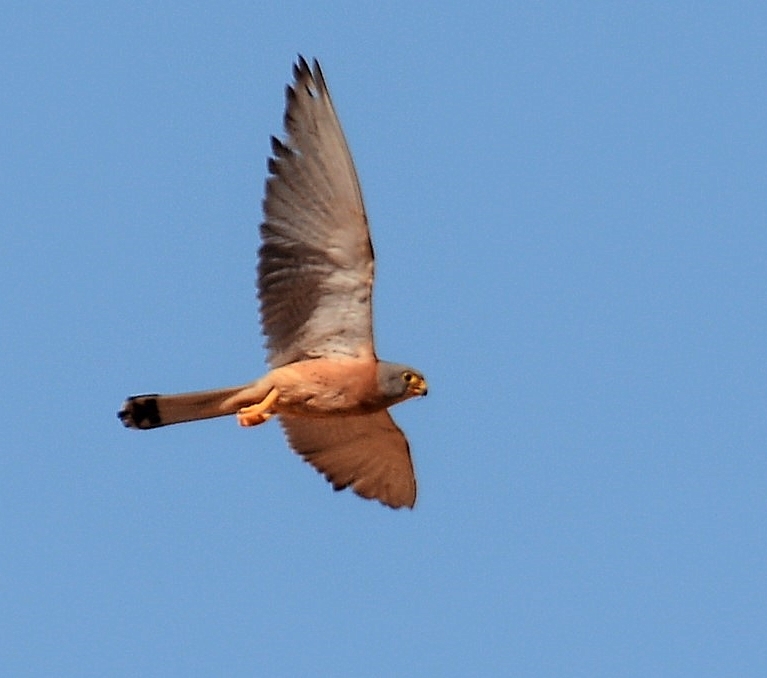 Lesser Kestrel - another one from Bob Longhorn

Whilst in the hide we had excellent views of various larks and the other four group members watched the Pin-tailed Sandgrouse.

Various raptors were getting up now as the heat of the day rose, may Black Kites were joined by Common Buzzard, Griffon Vultures, Booted and Short-toed Eagles and we saw both Common and Lesser Kestrels. Another pair of Stone Curlews were noted as we made our way off the reserve and we had excellent views of a single male Montagu’s Harrier. 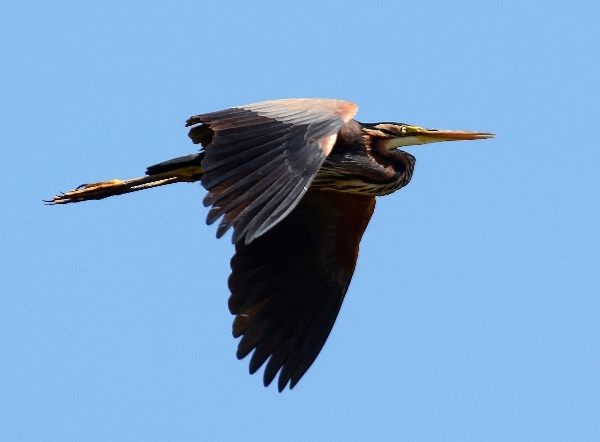 Next we drove to Quinto where we spent a couple of hours walking along a section of the Ebro River, it was like an ox-bow lake with still water and plenty of reeds. We listed a good number of species there, the first stop produced Purple Heron, Common Kingfisher, Common Nightingale, Sand Martin, Great Reed Warbler, Little and Cattle Egrets and we heard Cetti’s Warbler, Reed Warbler, Blackcap, Golden Oriole and Common Cuckoo.

It was now extremely hot the car temperature gauge read 41C! We drove back to Quinto where we bought some lunch supplies and drove to Los Monegros an area of low open hillsides covered in scrub where we hoped to see a couple of warblers. It was hard walking in that heat but a nice breeze helped. We found a Spectacled Warbler which showed well but Dartford Warbler failed to show. Other species seen were Black-eared Wheatear and European Bee-eaters. 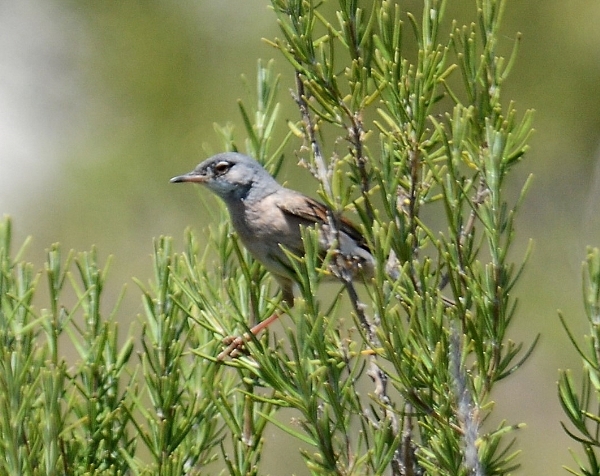 Many raptors were up and a distant flock of some 50 Ravens was amazing! We searched for Golden Eagle which is regularly seen in the area but none materialised so we moved on. 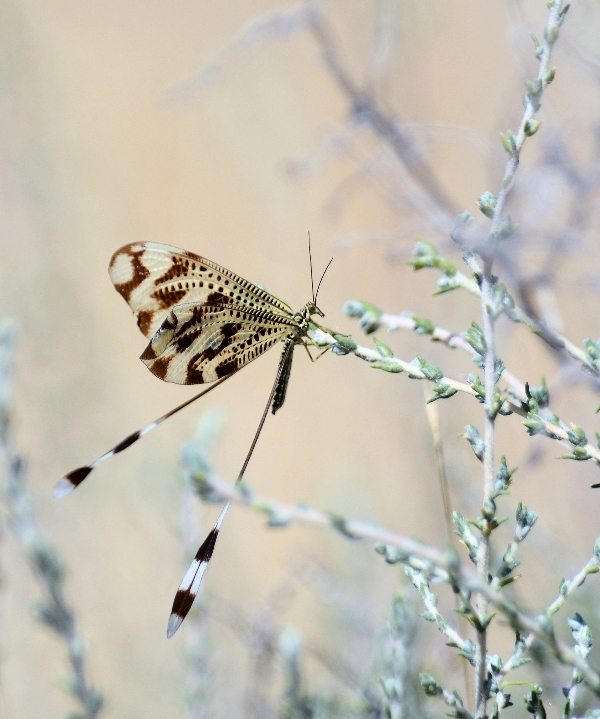 It was now 4pm we had a couple of hours drive ahead of us so we set off passing Zaragoza, Huesca, Jaca and into the Hecho valley. We made a few short stops arrivinf in the Upper Hecho Valley at Hotel Uson at 6:30pm.

After settling into our rooms (I saw two Common Crossbills from window, (a repeat of what I did in on my previous trip last week in the Gredos Mountains)!

We sat down to a lovely dinner served by Lucia and Imanol the owners, a lovely and most welcoming couple.