We spent a fabulous day in the high Pyrenees visiting some of the most stunning scenery in the area, it really was breath-taking in places and the weather was excellent too. 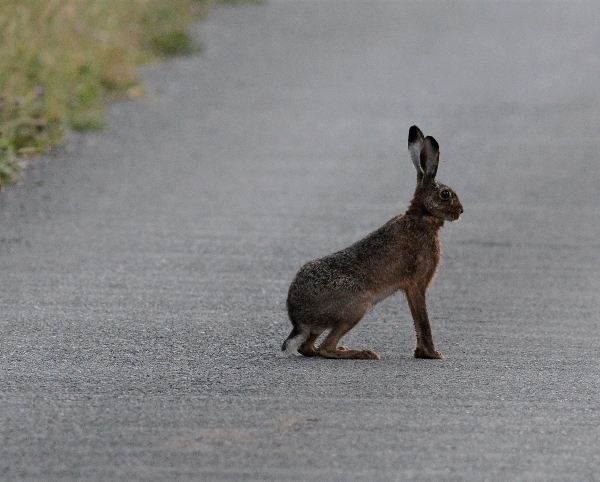 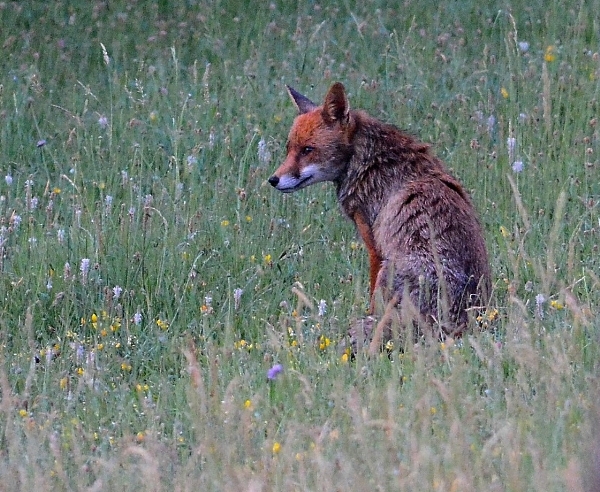 After leaving our hotel just after 8am we made our way down through Hecho Village and then we turned onto the Ansó road. Our first stop was on a high ridge that gave superb panoramic views over large areas of forest. The air was still, many butterflies were already on the wing, we noted Large Wall Brown, Marbled White, Cleopatra and dozens of Small Whites. A Common Cuckoo called in the distance and that was all we had bird-wise! 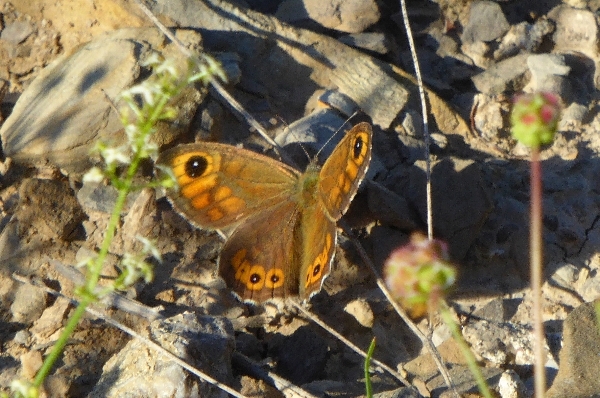 In the Ansó valley we followed the road up through Ansó Village and headed for the Zurita campsite following the river up through some outstanding scenery and a narrow gorge. After 12km the gorge opens our to one of my favourite places which is where we made our first official birding-stop. Our position on the side of the road gave us views of the wonderful natural beauty, a large expanse of the forest followed the River Veral as it winds its way down the valley far below us. We immediately found Grey Wagtail and Dipper, also Black Redstart, Serin, Yellowhammer, Mistle Thrush, Linnet and a few very distant Griffon Vultures and Chough species. 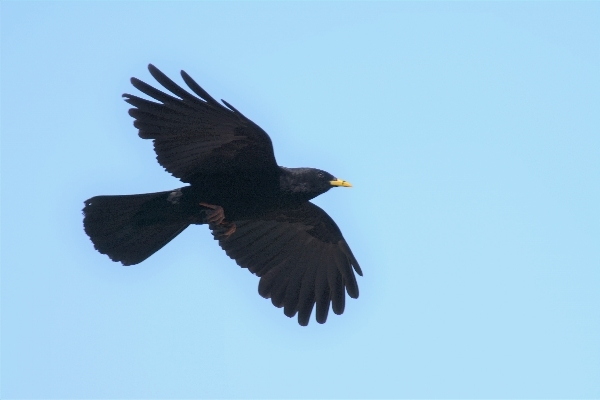 We walked up to the camp-site but only found common English Garden-birds, such as Song Thrush, European Robin, Chaffinch and Blackbirds. We continued along the road to the Refugio at Linza where I was forced to stop for coffee! Crag Martins flew very close to us and we noted Black Redstarts and Serin. 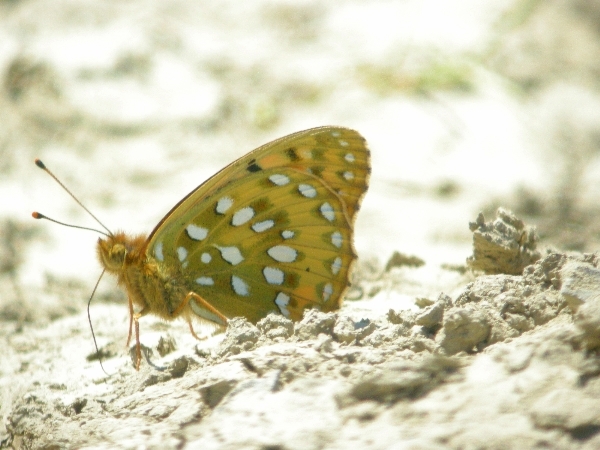 Our journey continued as we made our way back down to Zurita where turned onto the connecting road that leads to Isaba in the Ronçal Valley. We made a couple of stops along this road to search for Black Woodpecker, all we got was Carrion Crows and Ravens.

Belagua Beech woods was a nice place to stop for a stroll in the dense woodland, this area needs some serious management, the trees are too densely packed and grow very tall and thin. We saw nothing in the woodland except Chaffinch and Eurasian Jay, several pairs of Griffon Vultures entertained us up a high rock-face as we viewed from the car park. 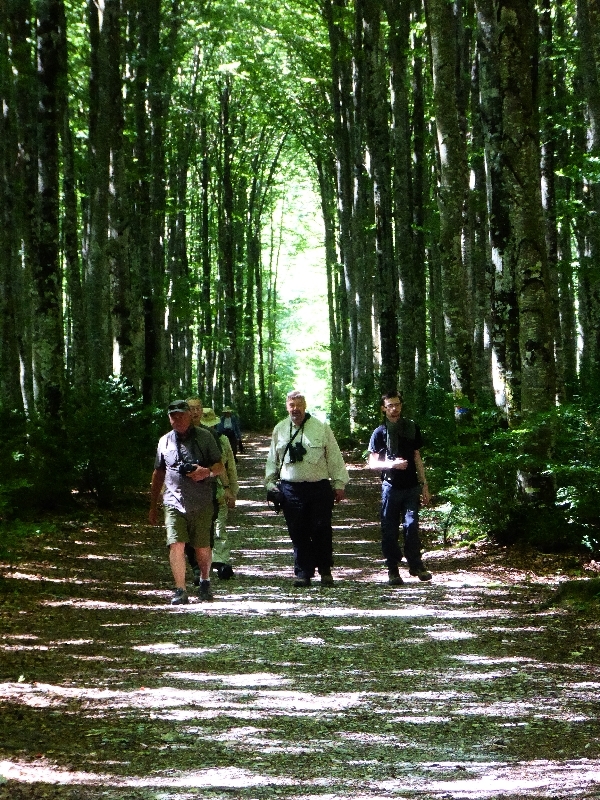 The road climbs steeply up to the Belagua Pass and the French Border, it was a little windy up there but we were above any clouds. Cloud cover is always a concern up there and can be devastating for bird-watching. We parked just on the border and scanned the surrounding tree-less hills for birds, it looked as though a fire had swept through the area in the recent past, the landscape was littered with burnt saplings and no scrub, we saw Linnet and Dunnock. 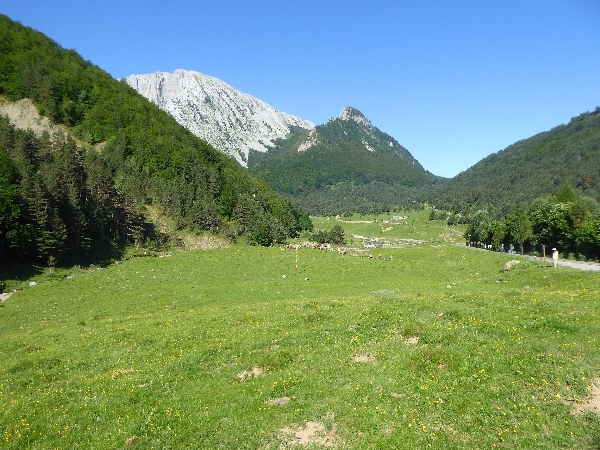 Looking down the valley from Zurita Camp-site

A couple of Citril Finches sat on the new restaurant building but flew off before we could scope them and Alpine Choughs seemed to be everywhere. We drove further along the winding road where the landscape changed to dramatic limestone cols dotted with pine trees, short grass and low scrub, the whole area was covered in an array of colourful flowers, it really was beautiful. 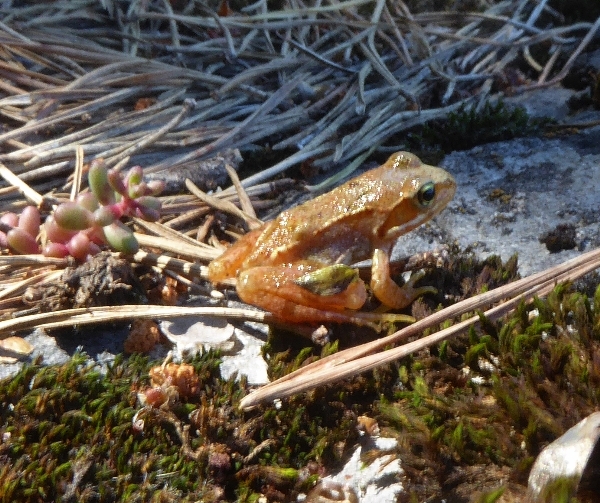 An endemic native of the area - the tiny Pyrenean Frog - found by June Riches, such fun!

We made an abrupt stop when an Alpine Accentor flew up from the road-side, we had brief but good views of it as it sat on top of a pine tree before disappearing, wow that is a top bird. More Citril Finches joined Linnets, Goldfinches and even Alpine Choughs feeding along the grass verge.

After walking for a while we stopped in an open area next to some disused buildings to eat our lunch which was punctuated with bird sightings. We watched Black Redstarts, Northern Wheatears, Citril Finches, Mistle Thrushes and the ever-present Griffon Vultures, Alpine Choughs and Crag Martins.

Next we walked down into a hidden valley where I have seen Ring Ouzel on previous visits and today was no exception. We had excellent views of a male as it searched for food in the grass, a fantastic sighting. 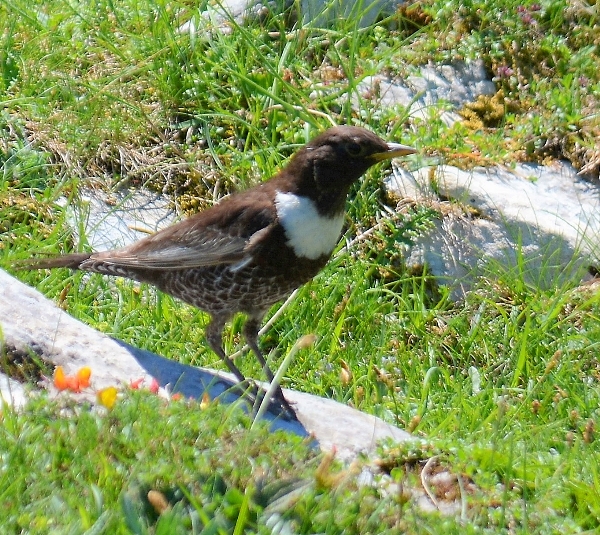 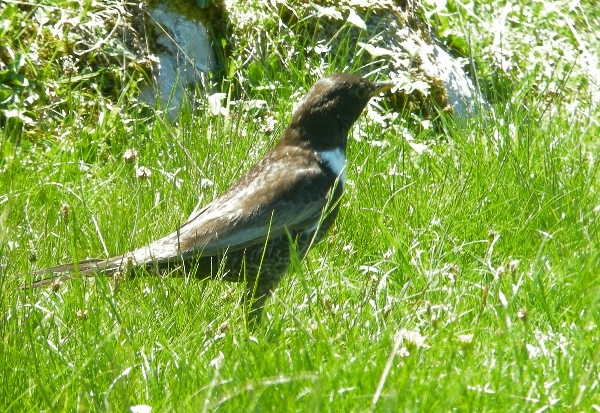 We decided to return to the site where we saw the Alpine Accentor, this time we had even better views, we actually found the nest site where a pair of birds where feeding young. We had outstanding views of them as the nest site was on the side of the road! Furthermore, a Ring Ouzel  was also seen several times as it flew back and forth over the top of us, it was also visiting a nest! 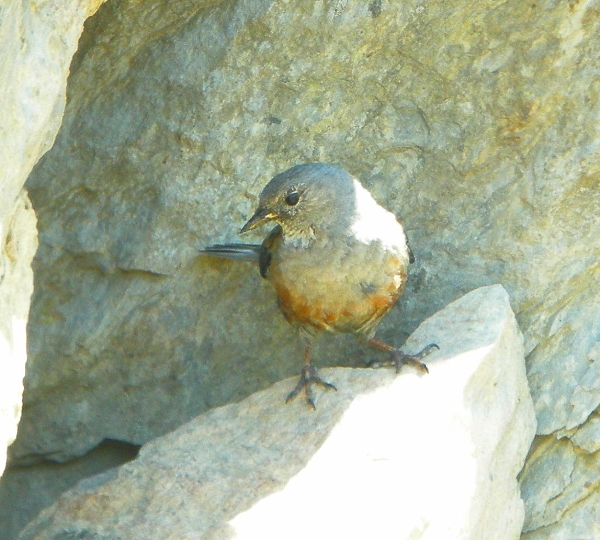 During our vigil at the Accentor site we had great close views of Alpine Chough and more Citril Finches, it was very hard to drag ourselves away. 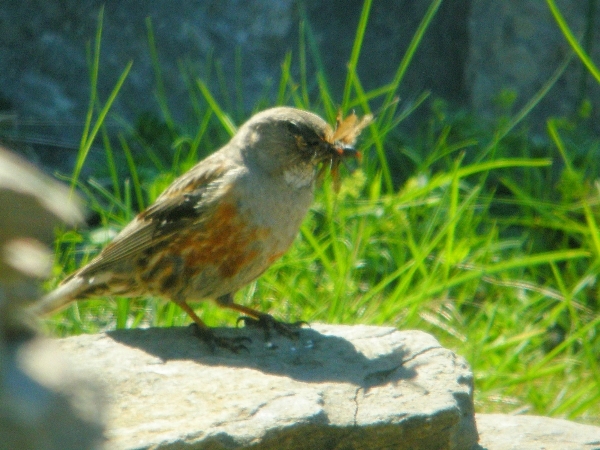 The return journey involved fewer stops but at Zurita we put in some time watching raptors over a nearby ridge. We saw Griffon Vultures, Egyptian Vultures, Common Buzzards and a displaying Peregrine Falcon.

We arrived back at the hotel around 6pm and ate a superb dinner at 8, but our birding wasn’t over just yet! At 9:30pm we jumped back into the bus and drove for 30 minutes down the valley to a well-known site for Eagle Owls. The weather was perfect, a clear sky, not wind and a nice warm temperature. We heard European Nightjar as it got dark, one person saw one in flight, then an Eagle appeared, we could hardly see it but it was a Short-toed Eagle carrying a large snake, what fantastic eyesight this bird must have. 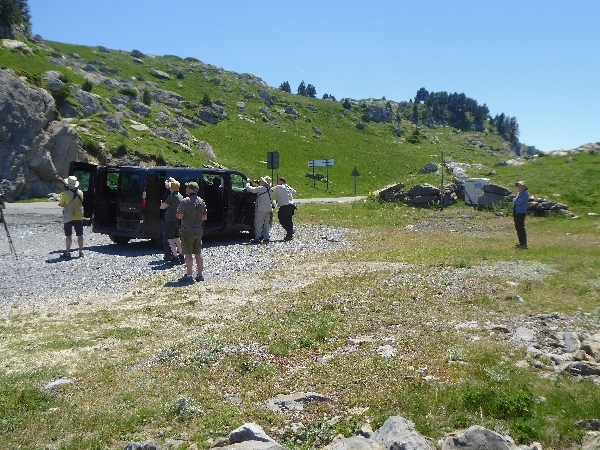 vigil at the Accentor nest site

Another raptor perched on a tree on the ridge, we only saw a silhouette of it but we could see it was a Buzzard, most probably a Honey Buzzard. Then an Eagle Owl appeared, without calling, it flew across the valley with the fading light behind it, smashing. To finish off our evening watch a Scop’s Owl started calling behind us.

On the drive back we saw what was most probably a Wild Cat, it walked across the road as we approached the hotel at 11:15pm……good night!