WEATHER: clear sky to start, then broken sunshine all day. Temp around 19C

The ‘Magnificent Seven’ members of the Worcester RSPB group all arrived last night with me, so we were able to have an early breakfast and be on our way by 9am. Breakfast was taken in the main Plaza at Barajas where a nest of White Storks on top of a tall pine tree held three chicks ready to fledge any day now. We also saw the escapee species Monk Parakeet and Greenfinch, Serin, Collared Dove Spotless Starling and of course House Sparrow.

Our journey took us north-east from Madrid towards Zaragoza¸we turned off the autovia at km 135 and headed for Molina de Aragon. Once we had left the autovia we stopped after a few kilometers for our first birding session. Up to now it had been very quiet with just a few sightings of birds along the autovia, we did see Common Buzzard, Common Kestrel and lots of Corn Buntings. 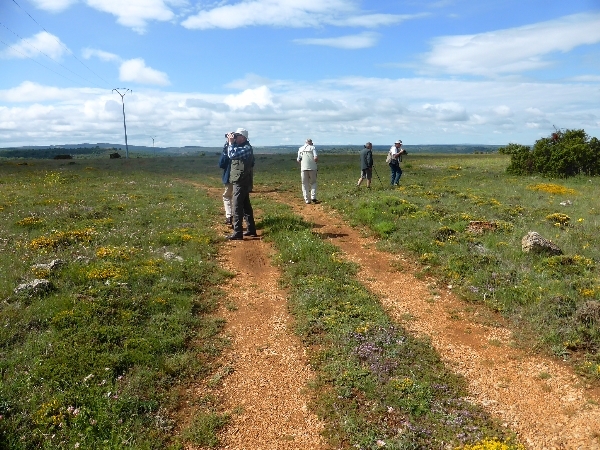 the heathland - our first birding stop!

We walked onto to an area of heathland after parking along a dirt track some 20km from Molina, we immediately heard Common Chaffinch and Woodlark, both of which were located soon afterwards. A Tawny Pipit also sang but it took a short while to find, great scope views were had by all.

The sky was alive with Griffon Vultures and a couple of Booted Eagles put in an appearance as we scanned the sky just south of Molina de Aragon, we also stopped to view a pair of Short-toed Snake Eagles before we stopped for lunch. 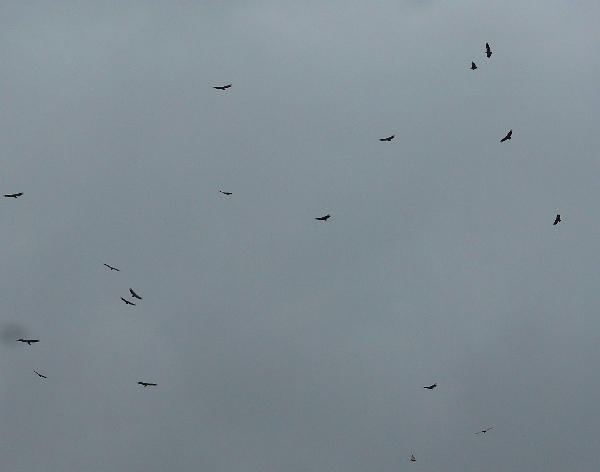 Our chosen picnic site was besides the River Gallo a few kilometers south of Molina de Aragon, it was a little windy but we enjoyed our stay there. We had superb views of Common Nightingale and a party of some 12 Long-tailed Tits. A short walk produced sightings of Marsh Harrier but not much else. We also heard Cirl Bunting and Cetti’s Warbler. 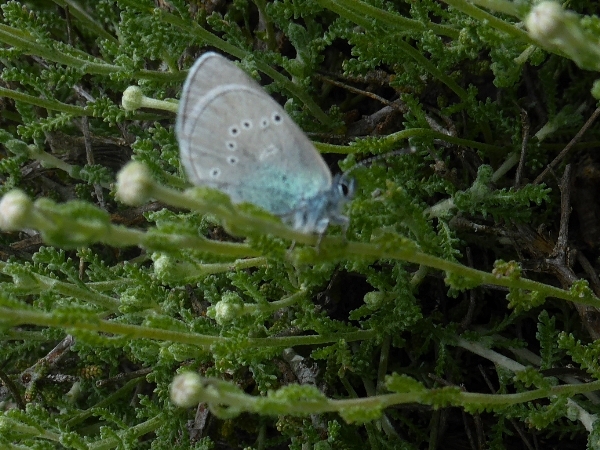 For the next two hours or so we travelled to the huge Embalse (reservoir) at Gallocanta and made several stops to scan for new species. Our first stop produced Rock Sparrow, Yellow Wagtail, Skylark and many Calandra Larks and yet another Marsh Harrier. We then stopped at the Visitor’s Centre found on the edge of the village Gallocanta. From the car park we scanned the water and produced a nice list of species which included several not normally seen on this tour. 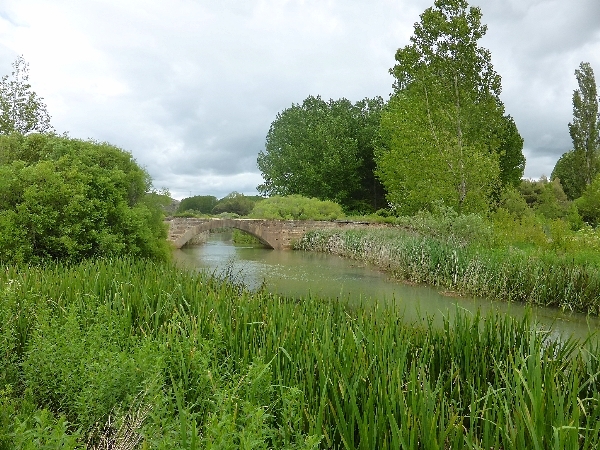 The Rio Gallo at our lunch time picnic spot

Pied Avocets and Black-winged Stilts were by far the most common species around the water and Great-crested Grebe and Eurasian Coot were the most abundant on the water. We also saw Common Shelduck, Norther Lapwing, Northern Shoveler and believe it or not Northern Wheatear. 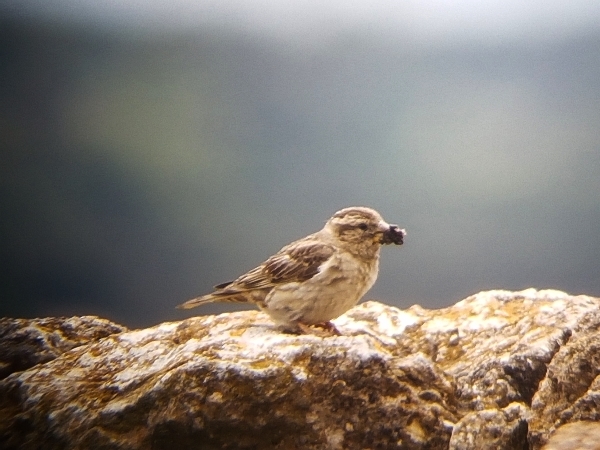 Rock Sparrow with food for chicks

From there we put in a few kilometers behind us passing through the very picturesque town of Daroca. We made two more or three more stops where we enjoyed views of Serin, Common Nightingale, Black Redstart and lots more Griffon Vultures before we finally arrived at Fuendetodos and our hotel for the night. 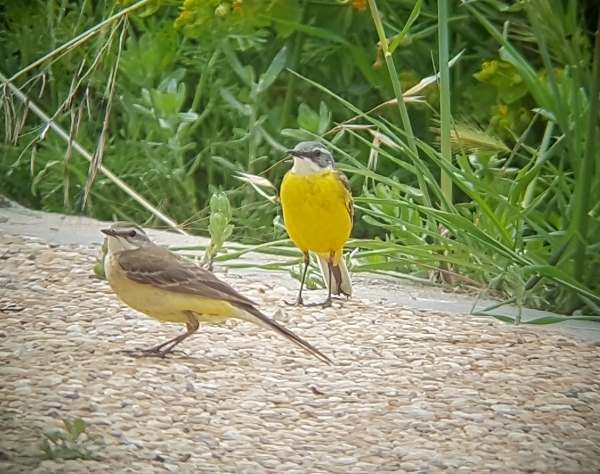 The Iberian Race of Yellow Wagtail

Dinner was superb, we had a taster meal with many tapas dishes and a nice local wine to wash it all down. The bird revealed that we had seen 50 species which is a great total for a ‘travel’ day.