It was a splendid send off, a beautiful morning, clear sky, nice temperature and no wind, just fantastic. We had all day to travel to Madrid as all our flights were evening, so we took a very leisurely journey with several stops.

We set off at 9am after breakfast and after a pre-breakfast walk which did not produce any surprise sightings, just plenty of common birds and a few goodies. White-throated Dipper, Spotted Flycatcher, both Common and Black Redstarts, Common Swifts and Grey Wagtails were just a few of the birds listed.

Our journey out of the Picos was slow as we took the narrow, winding road up to Aguilar de Campoo, we made a couple of planned stops and several short impromptu ones. At the mirador Piedrasluenga the view was simple stunning, the light was perfect with clear crisp air, we never saw any birds but the view was to die for. 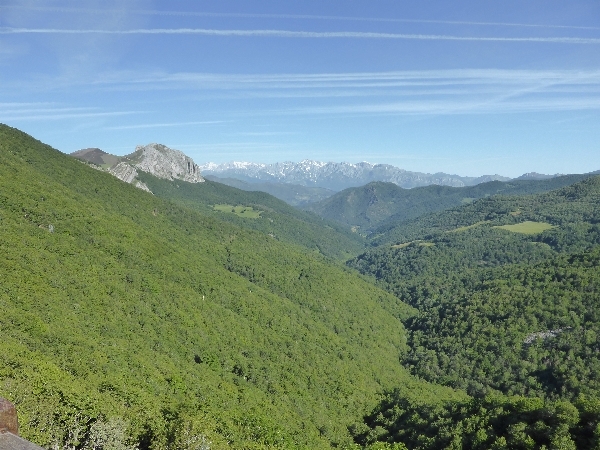 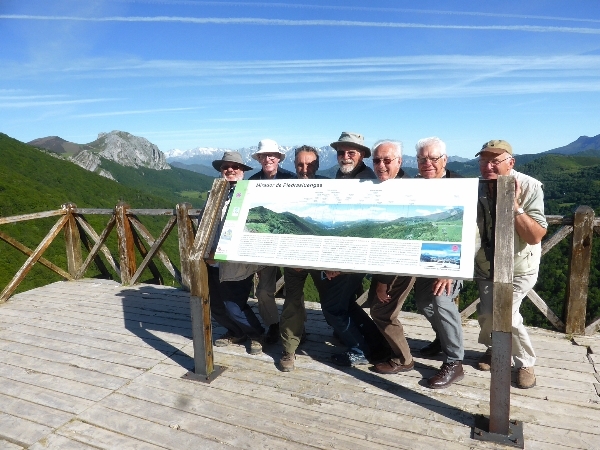 The last picture of the Magnificent 7 - being silly

A couple of kilometers further along the road we stopped in the picturesque limestone gorge where we listed a number of species including a male ROCK THRUSH. The thrush was high up but unmistakable and showed well in the scope. We also saw Crag Martin, Black Redstart and a couple of Common Buzzards. 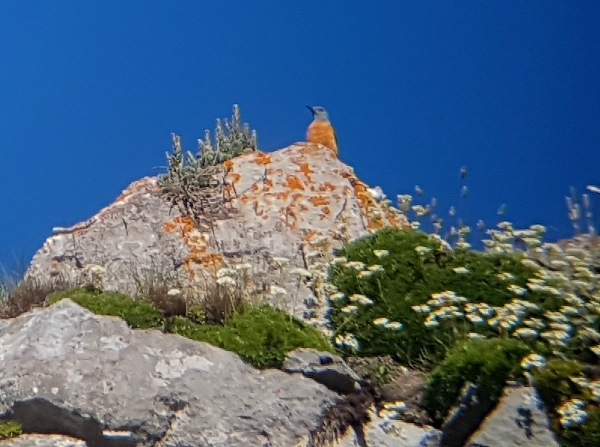 much more beautiful than the Mag 7 - Common Rock Thrush

For the new couple of hours we drove through numerous small towns and villages, making short stops to look at perched birds, we saw lots of Red-backed Shrikes, Common Buzzards, White Storks and Corn Buntings. Just before Burgos some of the group saw a Montagu’s Harrier and later most of us saw a Marsh Harrier.

We stopped for lunch around 12 noon before driving on the autovia towards Madrid. At 1pm we turned off onto a side road to Sepulveda about 110 kilometers from Madrid. We logged several species along the lanes; Black-eared Wheatear, Yellow Wagtail, Crested Lark, Common Stonechat and lots of Corn Buntings. At Sepulveda village we watched lots of Griffon Vultures and hordes of Common Swifts. On the way back to the autovia we watched a small flock of Bee-eaters.

It was almost 4pm when we finally reach El Pardo on the outskirts of Madrid, it is a country park with an impressive list of species including Spanish Imperial Eagle. It was extremely hot when we arrived and not too comfortable walking around exposed to the sun. We kept under the shelter of tree where we could and over the next hour we found several nice species.

I guess the best of our sightings in the park were Black Vultures, we saw a few of them, but we also found lots of Reed Warblers, a Common Kingfisher, our first Common Moorhen and a Golden Oriole. Lots of Black Kites, Griffon Vultures, Eurasian Magpies and Wood Pigeons went onto the day list too.

At 5pm we drove to Barajas, a village very near to the airport where we ate our ‘last supper’ before driving to airport for our departure home.

Our total list of 135 was somewhat lower than the average of 150 because of the bad weather and unseasonal cold spells. We also missed about 10 species because we couldn’t visit the coastal sites as usual as a major link road was closed. We did see the major species of both the Pyrenees and the Picos, it was a wonderful trip with a lot of laughs along the way.