We spent a fantastic day up in the mountains culminating in the sightings of both WALLCREEPER and LAMMERGEIER..........

I have never been to the Pyrenees and had such fantastic weather, it was just perfect, a clear sky not a whiff of air to rustle the leaves and a lovely temperature. Even our 7am walk was not cold, we left the hotel and walled down to the river,  many birds were in song we could here lots of Blackcaps and Garden Warblers it was a good lesson for the group to pick out the difference. Also singing was Song Thrush, lots of European Robins, Chaffinches and we did hear Black Woodpecker in the distance. We had good views of Cirl Bunting, Coal Tit, Crested Tit and a Blackcap. At the river all we saw was the back end of a Dipper as it flew off at 100mph. 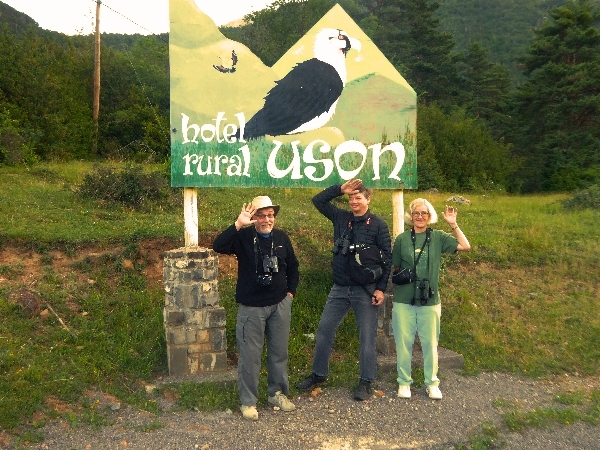 Mike, David and Catriona with their first sighting of Wallcreeper and Lammergeier!

After breakfast we made our way up to the Refugio Garbadito, the scenery is simply breath-taking at the top and so is the altitude! So we walked slowly to the now famous rock-face where a pair of Wallcreepers have bred for the last umpteen uears. Along the way we heard both Green and Black Woodpecker and we saw Mistle Thrush, Coal Tit, Red-billed Chough, Griffon and Egyptian Vultures. As we near the ‘wallcreeper’ rock-face we added Alpine Swift, Crag Martin, House Martin and Common Kestrel to the day-list. 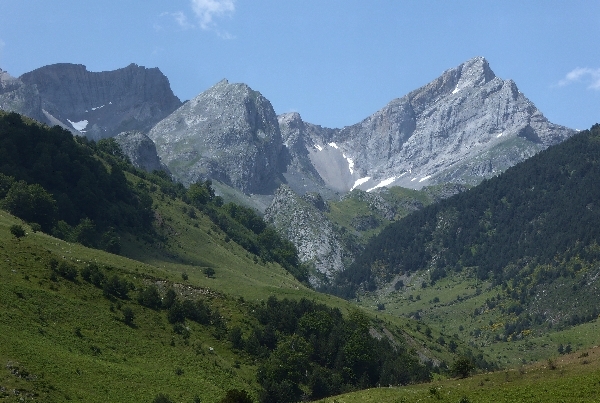 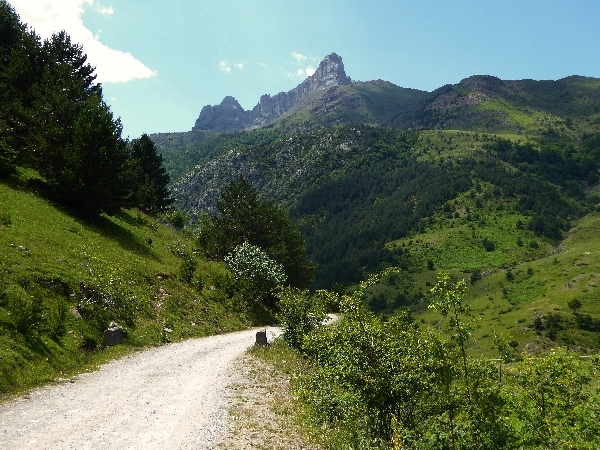 We eventually climbed the final leg of the walk up a steep track below the cliff where we settled down and began to scan the ‘face’ which towered some 100-200 meters above us. A Black Redstart gave us a false alarm and the Red-billed Choughs kept us entertained whilst we waited.

After an hour the group were getting fidgety, so I suggested another 15 minutes and reminded them of my 100% record with this bird. Time passed and after another 10 minutes the elusive bird appeared, but it stayed at the very top of the cliff and only showed briefly a couple of times, enough time for me to get it in scope but not enough for everyone to have great views. 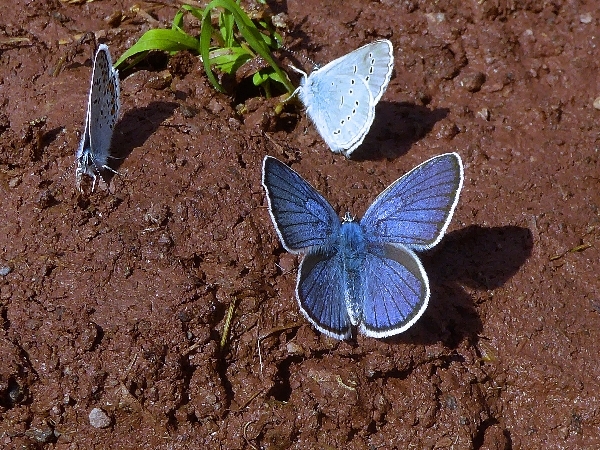 We left the ‘creepers’ wall soon after and headed back to the refugio, noting Wren, Eurasian Nuthatch, Eurasian Chiffchaff and a nice selection of butterflies along the way: Duke of Burgundy Fritillary, Mazarine Blue, Black-veined White, Cleopatra and a few others.

We ate our picnic lunch in the garden of the refugio, it was getting very warm by now so after a nice cup of coffee we drove back down the mountain to the river and followed the Hecho valley road right up to the head of the valley at the Spanish/French border. We made many stops to look at butterflies, orchids, lizards and a few birds. We also saw a very light coloured Red Fox, Alpine Marmot and some of the most wonderful scenery you could ever see. 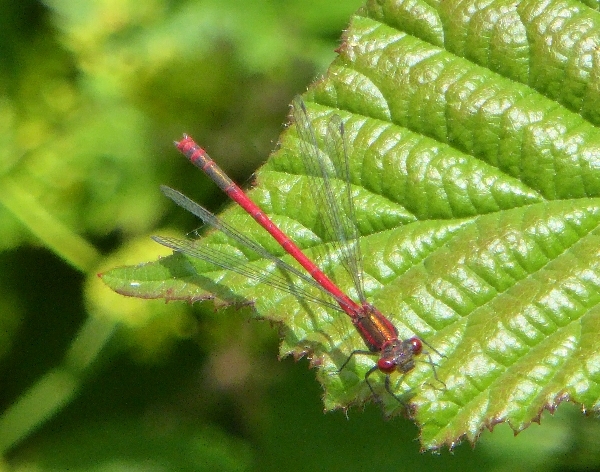 I was a little disappointed with the wild flowers and numbers of butterflies and birds, this year the flower-show is either late or we have missed it. Bird numbers seemed low too, we never saw a single Red-backed Shrike and only a few Yellowhammers, a single Garden Warbler and a couple of Dunnocks. There was the usual high number of Egyptian Vultures down in the valley mostly just drifting a few meters above us but also on the ground, Griffon Vultures, Red-billed Chough, Common Buzzard, Red Kite, Common Kestrel and a Peregrine Falcon made up the majority of our sightings. 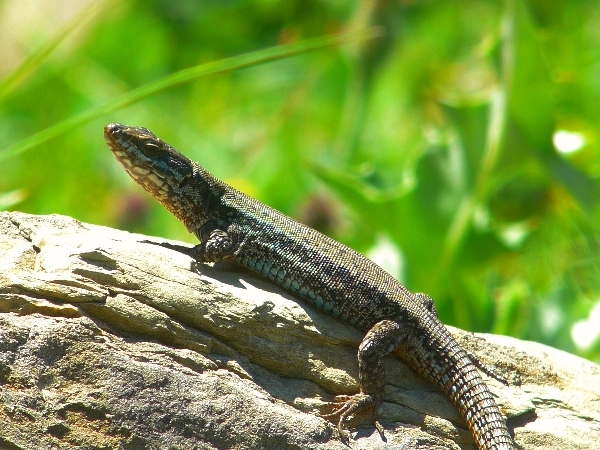 We found several nice butterflies as they settled near some puddles to pick up mineral salts, there was: Dingy Skipper, Safflower Skipper, Marbled Skipper, Mazarine and Black-eyed Blue, Mountain Clouded Yellow, Large Wall, Red Admiral and Painted Lady. Large tracts of wet areas were covered in Marsh Orchids and Cotton Grass but not much else was in flower.

As it approached 5pm we decided to give another 15 minutes before quitting for the day, then as if by magic a LAMMERGEIER appeared over the distant mountain peaks. We had in-the-scope multiple sightings of this majestic species but it was distant and it refused to come any closer. Well that was a grand finale to our day in the Hecho Valley. 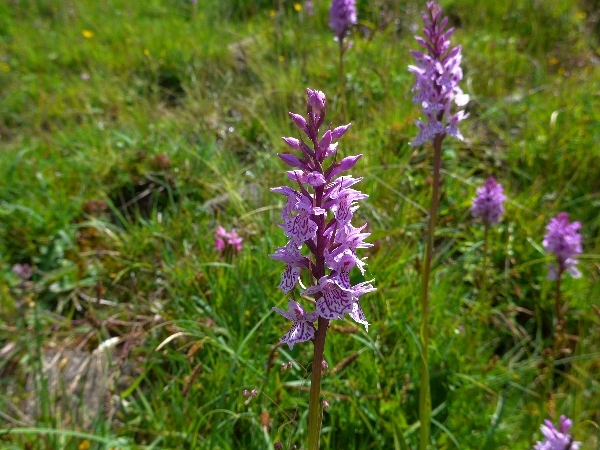 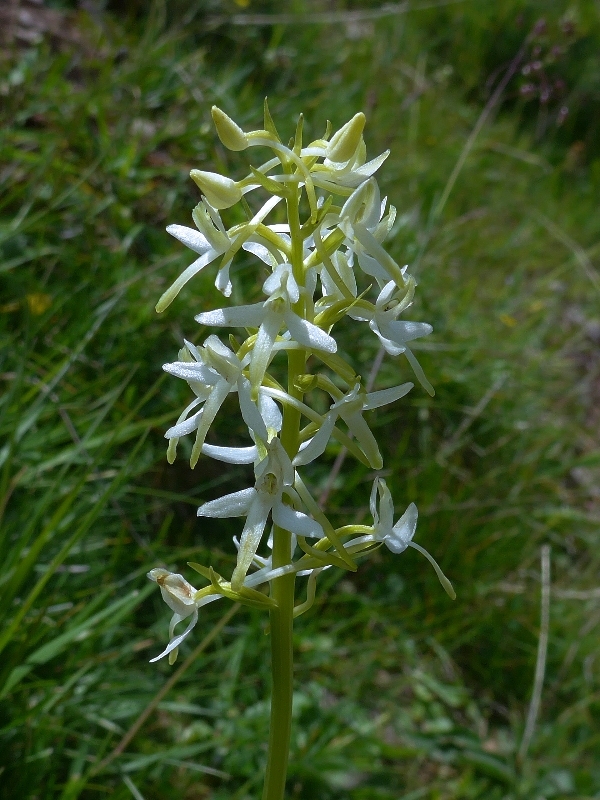 We ate a nice dinner at 8pm and drank the local wine before calling the bird log and retiring for the evening, a tremendous thunderstorm came over as I wrote this blog with some electrifying lightening flashes, but it never stopped me from sleeping!