Our transfer from the Pyrenees to the Picos de Europa took us through some terrific scenery and many changing landscapes, we ran parallel to the CAMINO DE SANTIAGO for many miles, few pilgrims were walking in the heat of the day. We recorded 42 species but not too many exciting sightings to report during this day-long trip..............

Not very much to report bird-wise for today as we spent most of the day travelling, the weather was excellent all the way with low cloud/mist around the huge Ebro Lake in the afternoon. We set off at 9am after saying goodbye to our lovely hosts Lucia & Imanol and headed down the valley to the main road, we noted Black & Red Kites, Common Buzzard, Corn Bunting, Stonechat and Red-backed Shrike. 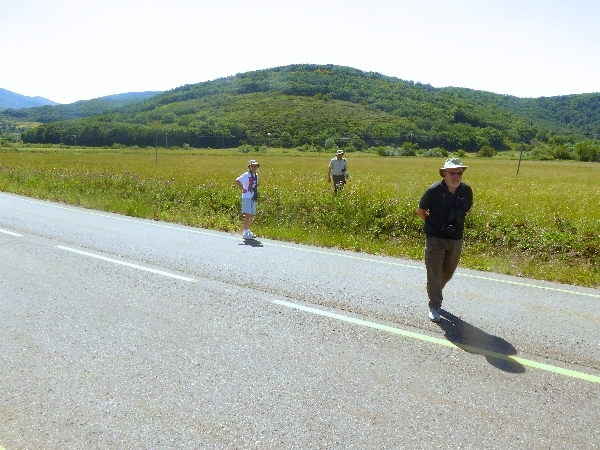 After 2 hours we stopped just before Logroño for a coffee and toilet break, we hadn’t seen much other than more kites, Marsh Harriers and Griffon Vultures. Another two hours found us not far from Santander in the winding valleys and Gorges near Onro, where we stopped for a light tapas lunch in the beautiful town square. It was now over 30C so we were happy to get back into the air conditioned van.

We made a couple of short stops to look at raptors, one particular bird looked very much like a Honey Buzzard but failed to show enough as it drifted away in the distance. A prolonged stop was made in the mountains near Sencilla, we parked in a positon that gave us panoramic views over a large area of pasture, heath and pine forest. The birding there was good, a Common Cuckoo called as we got out of the car, then we saw small flocks of Red-billed Chough, Ravens, Crows, Egyptian Vultures, Common Buzzard, Booted Eagle and distant Short-toed Eagle. Along the fence-lines we saw Stonechat, Linnet, Black-eared Wheatear, the obligatory Corn Bunting and a Great Spotted Woodpecker flew from the woods to a small copse of trees. 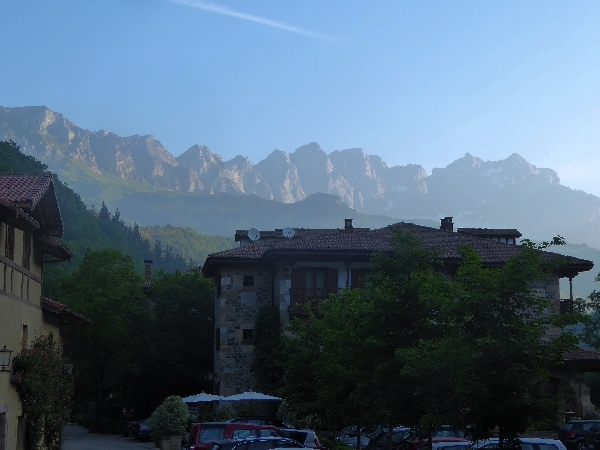 THE PICOS 'PEAKS' - HOTEL IN FOREGROUND

We ate our picnic lunch during this latter stop  then we piled back into the car and drove the short distance to the Embalse de Ebro, this huge reservoir is some 25km in length and was covered in a light mist with heavy cloud clinging to the surrounding hillside, it was also very windy at this northern end. We drove along the entire length of the reservoir making several stops, the birding was disappointing, we only saw single Yellow-legged Gulls, Grey Heron, small flocks of Mallard and Gadwall, a few Great-crested Grebes and a single Eurasian Coot.

It was now 4pm so we had to press on, we could see the peaks of Picos de Europa in the distance, very little snow was on them which was a good sign. The winding roads were slow going it took another 1 1\2 hours to get to Potes, we made one stop along the way where we able to watch a distant Hobby and a couple of Ravens. 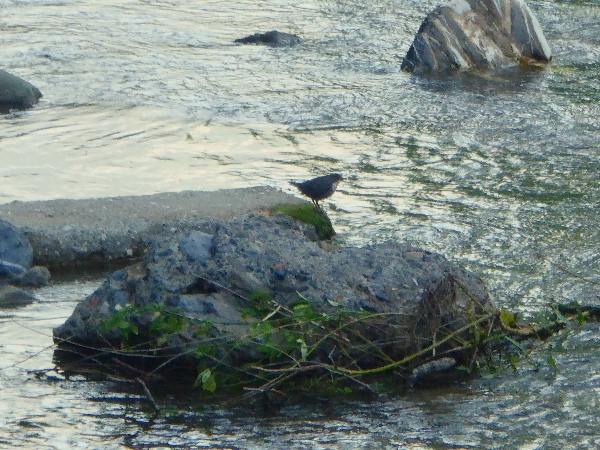 DIPPER IN THE STREAM BESIDES THE HOTEL

At Potes we stopped to buy picnic supplies for tomorrow before finishing the last 15 kilometers to our hotel, we arrived at 6pm, it had been a long day on the road, we passed through some fantastic scenery but now we were all tired, so a nice shower followed by a cold beer was called for.

It was warm enough to sit out on the hotel terrace for dinner, a babbling brook could be heard across the road, we all relaxed as we discussed our plans for tomorrow and our visit to the high peaks using the cable car from Fuente De, exciting stuff ahead!