Our final day, we had to travel to Madrid to catch our flights home but first we had a couple of birding places to visit along the way....

We made an early morning excursion to the woodland around Fuente Dé, it was extremely quiet we saw Chaffinch and Jay and heard Blackcap and not much else. Back at the hotel we watched Dipper, Grey Wagtail,  Wren and a Song Thrush in or around the river. 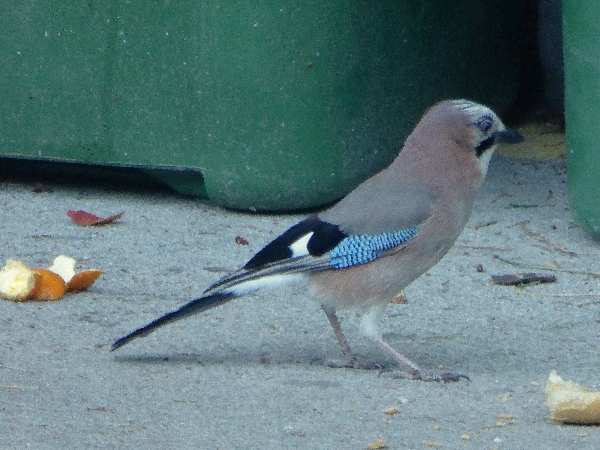 At 9am we set off for Madrid, we chose to go via the coast so that we could visit San Vicente salt marsh which has produced some nice species in past trips. We arrived after about an hour and parked at the far end of the causeway bridge where we had great views of the marina and the salt marsh. The marsh looked quite barren at first but we started to find a number of Eurasian Curlews, good numbers of Mallard and then we picked out two Common Greenshanks with a single Common Redshank. 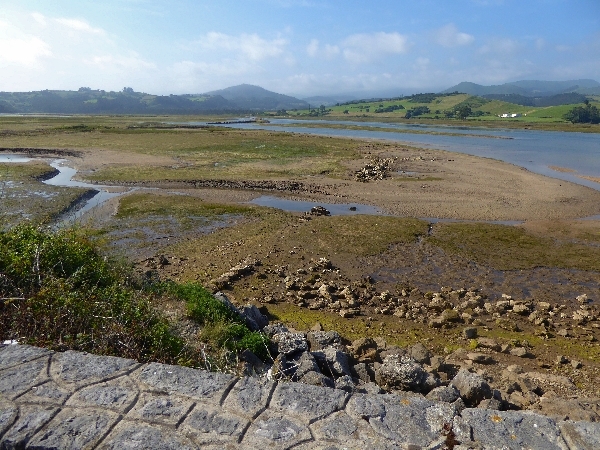 Further scrutiny produced two Whimbrels and an Osprey was found sitting on a post, we also scanned the marina but only found  Yellow-legged Gulls and a single Black-headed Gull. We drove on along the coast road and just before we joined the motorway a pair of Honey Buzzards circled over the car, these were our first of the trip!

The journey to Madrid took 4 hours, with a couple of stops, we noted a number of species along the way, Egyptian & Griffon Vultures, Red & Black Kites, Common Buzzard, Booted Eagle, Marsh Harrier, Raven, a couple of Black-winged Stilts in a pool, lots of Crested Larks and Corn Buntings, Goldfinches and Linnets.

The trip was over as I dropped my 3 amigos at Madrid Airport at 3pm.

In summary it had been a struggle to find a lot of species because it was so hot and dry probably because the trip was 10 days later than usual. Subsequently the list was much smaller and sightings were not the best, we did see nearly all of the specialities but some were distant and brief. Many species had bred already, fledglings were everywhere, bird song was at a minimum,  for example we only heard two Common Cuckoos throughout the week whereas in past trips we heard 10 a day! Flowers and butterflies were also greatly reduced due to the dry nature of the season, most flowers had gone over and many butterflies were not around, we only listed 45 species of butterfly last year it was over 70.

The scenery was still magical, all three areas we visited had a unique set of characteristics, with exquisite landscapes and sometimes breath-taking vistas, it is a wonderful place to visit, next year's tour will be 10 days earlier I am looking forward to it already.