Our pre-breakfast walk took us along the long outside the hotel down to the local river. We saw very little in the garden of the hotel although we did hear: Blackcap, Chaffinch, Robin, Wren, Song Thrush and Blackbird. We also heard a Vixen Fox ‘barking’. Along the lane we found a small party of Crested Tits and not a lot else. 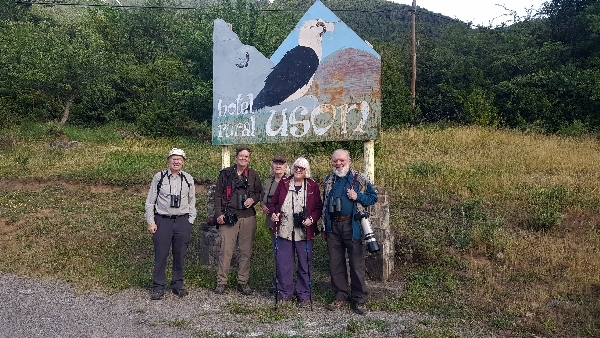 the under the Hotel Uson sign depicting a Wallcreeper and a Lammergeier, both of which we did no see today!

Our target birds at the river were soon in the bag, a family party of Dippers were located either side of the bridge and both Grey and White Wagtails flitted about on the rocks above the bridge. We saw a Raven on a dead tree and a few Griffon Vultures were waking up and drifting over the mountain tops.

Our first destination was the well known ‘Wallcreeper Rock-face’ up at the Refugio Gabardito, we had been told that the Wallcreepers were not nesting this year but had moved across the valley. They were now very much harder to locate and very distant.

It was a 9km drive up a winding lane through dense woodland, we saw Mistle Thrush, Song Thrush, Blackbird and several Chaffinches along the way. At the car park next to the Refugio Gabardito a pair of Red-backed Shrikes were there to greet us. We saw nothing else whatsoever in the open area around the car park. Very few flowers were blooming and hardly a butterfly stirred the air. 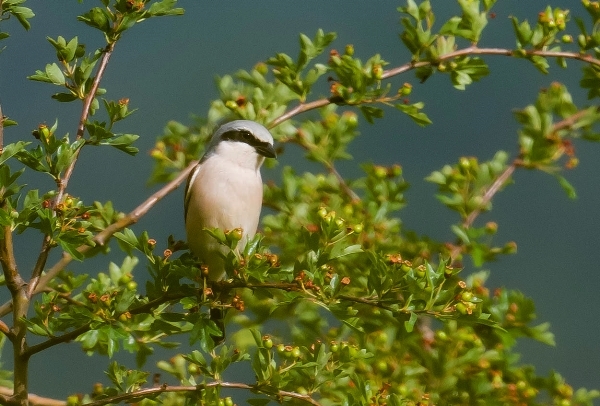 It was the same along the walk to the Wallcreeper site, very little bird song, very few flowers and hardly a butterfly. We walked into alpine meadows and found a few signs of life, a Garden Warbler sang from the nearest bush, some butterflies were on the wing such as: Wood White, Large Wall Brown, Painted lady, Brimstone, Cleopatra and Duke of Burgundy. 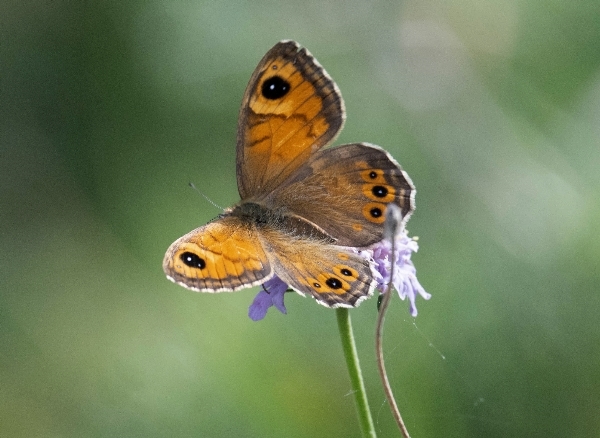 Above us it clouded over and some light rain fell, at this point we heard both species of Chough, Red-billed and Yellow-billed (Alpine), we saw a few Griffon Vultures drifting along the far side of the valley.

We finally made it to the Wallcreeper Rock-face and spent an hour or so scanning the far side of the valley for the Wallcreepers. We found Black Redstarts on both sides of the valley and a Blue Rock Thrush. We had much better views of the two Chough species, we watched dozens of Crag Martins and a small number of Alpine Swifts but we never had a sniff of a Wallcreeper. 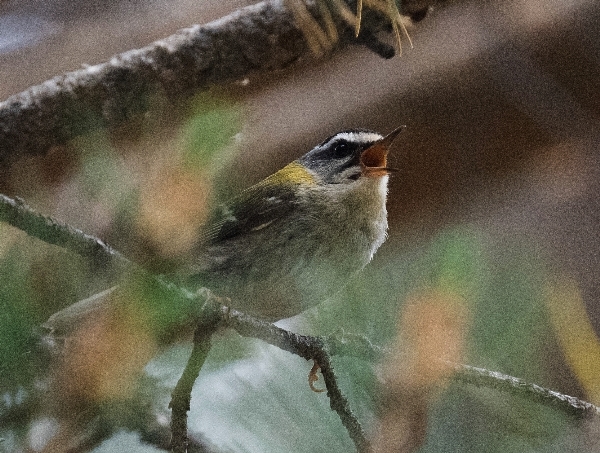 The journey back was very pleasant, most of it was downhill and easy walking, we saw a few more butterflies. Back at the car park we met up with Lorna again, she had decided not to take the walk and had been watching the Shrikes instead. 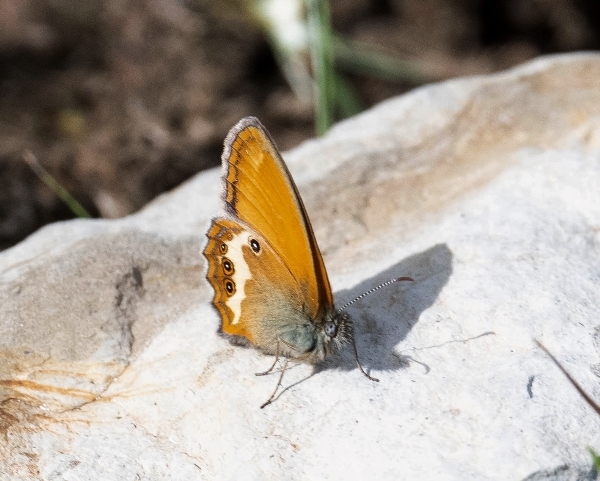 We drove back down to the base of the Hecho Valley and turned eastward to head further along the main valley towards the French Border. We couldn’t find a café that was open so we parked in a large picnic area to eat lunch. From there we spent the rest of the afternoon making our way slowly north/eastwards towards the head of the valley. We passed through some stunning scenery, tiny patches of snow were still visible on the mountain tops. 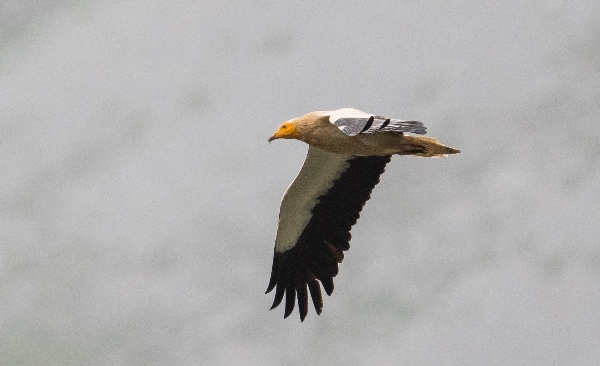 We saw Red Kites, Egyptian Vultures and to our great delight a pair of Golden Eagles. Hundred of orchids lined the track and many butterflies were on the wing. But, still the birding wasn’t as good as it usually is! We never a had single sighting of Lammergeier, we searched high and low for remainder of the afternoon. 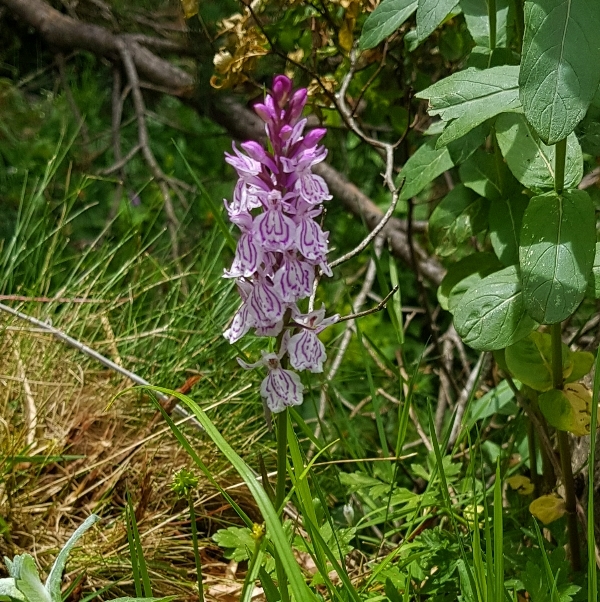 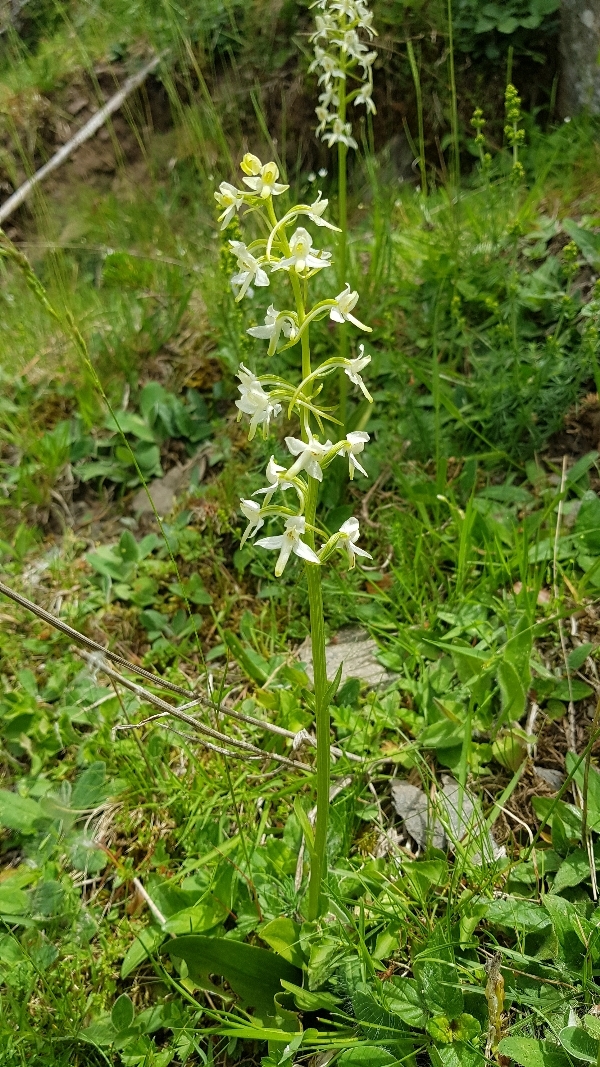 We saw more Red-backed Shrikes, Garden Warblers, one or two Yellowhammers, more Egyptian Vultures and later on we saw a pair of Common Buzzards and Hobby flew past us at eye level. 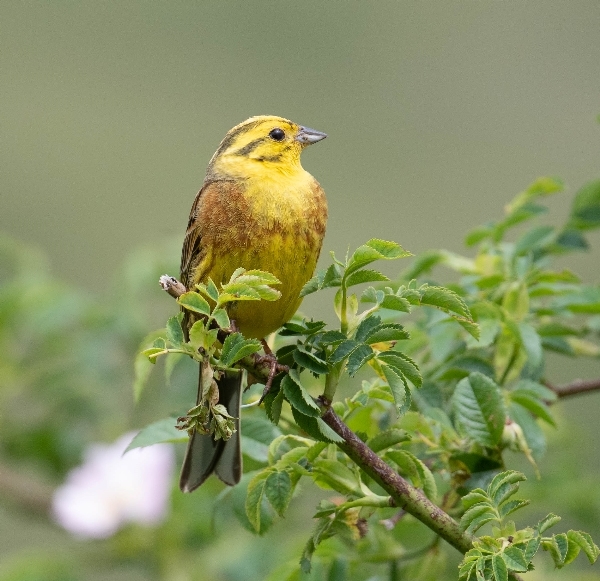 More butterflies appeared throughout the day, a Ringlet species gave us the run-around and would not settle, we saw Idas, Chalkhill and Marzarine Blues, Purple Shot Copper, large Wall, Common Swallowtail, Grizzled Skipper and so many whites it was hard to keep up. 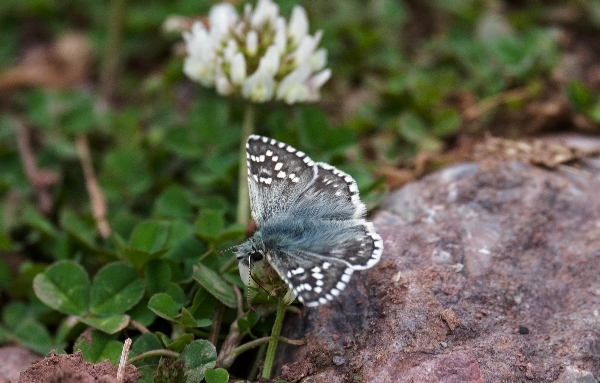 We left the area and drove slowly back down the valley, stopping a few times to search the sky for Lammergeier which did not appear, oh well, there is always tomorrow.

We enjoyed another lovely dinner serve by Lucia and Imanol at the hotel, they are great hosts and of course, Imanol’s mini-brewery is still up and running. He made fun of me by presenting us with his ‘Lammergeier’ beer!