WEATHER: another scorching day, it was very hot today with a light breeze. Top temp 38C

After a terrific thunderstorm in the middle of the night I thought things would have been a lot cooler today but that was not the case. The Humidity had increased and the rain had evaporated by the time we went out at 7am.

Our pre-breakfast walk today was down the valley towards the nearest tunnel about 500 meters from the hotel. It was once again very quiet, we found a party of three/four Crested Tits, we saw the usual common species and we saw a couple of Siskins in a dead pine tree.

At the tunnel we watched four pairs of Crag Martins visiting their nests in the tunnel and we watched distant Jays, Song Thrush, a close up Common Buzzard and some very distant Griffon Vultures. 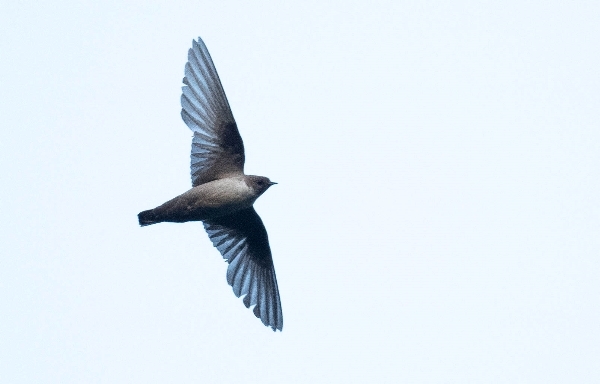 After breakfast we drove down the valley to main road and turned towards Jaca, after a kilometer we turned onto a dirt track that led us to a small bridge over the Rio Aragon. As we got out of the bus we heard Blackcap and Garden Warbler and then two Wrynecks flew into a tree not far away, we got the first one in the binoculars but not for very long, they both flew off. 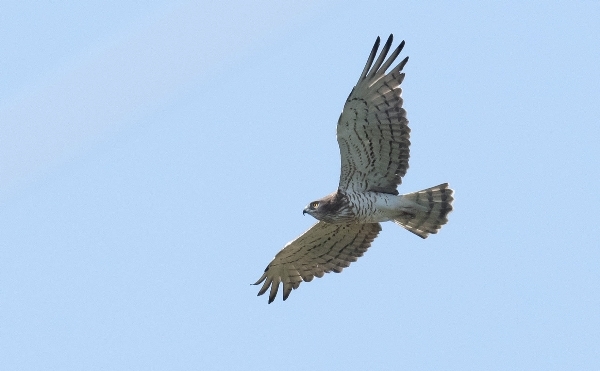 From the bridge we saw a Common Sandpiper and three Grey Herons flew over, a Short-toed Eagle circle above not too far away, you could see the intricate markings on the underside of the bird. Several Serins were feeding on the track and we could see a number of Bee-eaters further along. 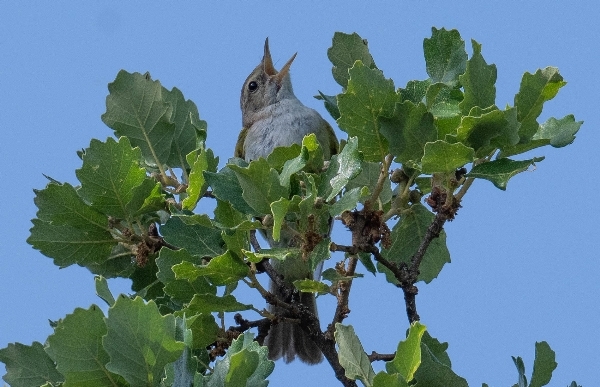 A little further along the main road we turned into an oak woodland and after parking the bus in the shade we went for a short walk. It was very quiet, not many birds were singing. We watched a few butterflies before we went for a walk. We saw Red Kite overhead and a Griffon Vulture too. A Kingfisher flew towards us along a narrow track and veered off as we approached. Just then we heard the distinctive trill of the Western Bonelli’s Warbler and after a short while we added that one to our growing list. 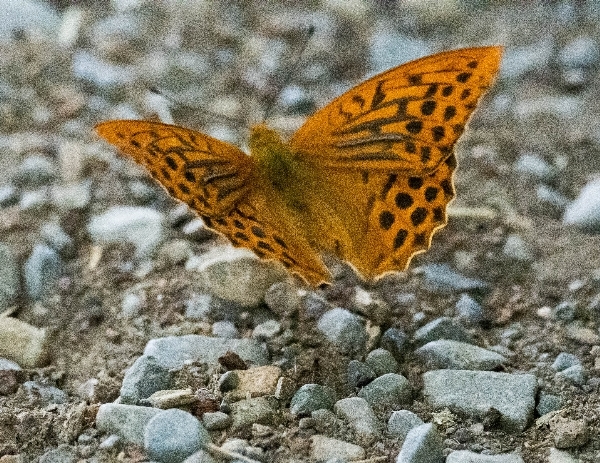 Further along the lane we stopped near a stream and braved the strong heat and sunlight once again. A Red-backed shrike was nice to see but not a lot else was on show. We saw more butterflies than birds, we heard a few but not many, it was now 30C with no breeze!

So, we made our way up to the Ski resorts hoping that it would be a little cooler up there, we stopped for coffee at Canfranc Estacion and we ate our picnic lunch by the side of the River Aragon where we watched a family party of Black Redstarts, we also saw Dipper, Grey Wagtail and our first Scarce Swallowtail butterfly. 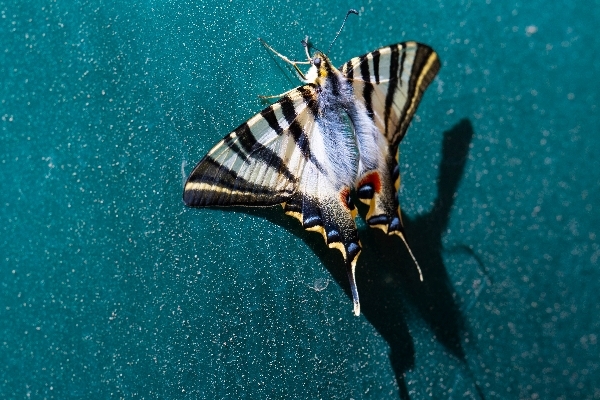 At Condanchu Ski sort we drove along the bumpy tracks to the ski slopes and parked the bus. Using the shelter of a hut we scanned the area, there was a nice cooling breeze up there so that helped. We quickly found several Northern Wheatears, White Wagtails and a displaying Water Pipit. But, our search for the Common Rock Thrush went unrewarded, we moved further along the slopes and found more Wheatears, also Linnets, Red-billed Chough and a host of Griffon Vultures. 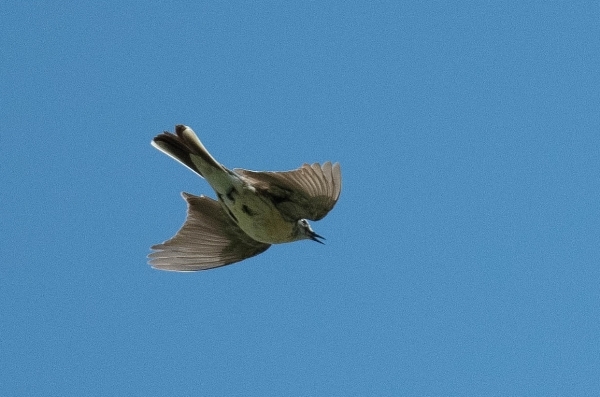 A displaying Water Pipit parchuting back to earth - RP

We then tried a quick visit over the border into France to look at a site where I have seen Citril Finch several times in the past. Unfortunately the derelict building at the site was now a fully refurbished restaurant with work-men all over it and lots of disturbance. We did see a few butterflies and one in particular that was on my personal wanted lists, the SCARCE COPPER, what a beauty, but it would not settle for a photograph. 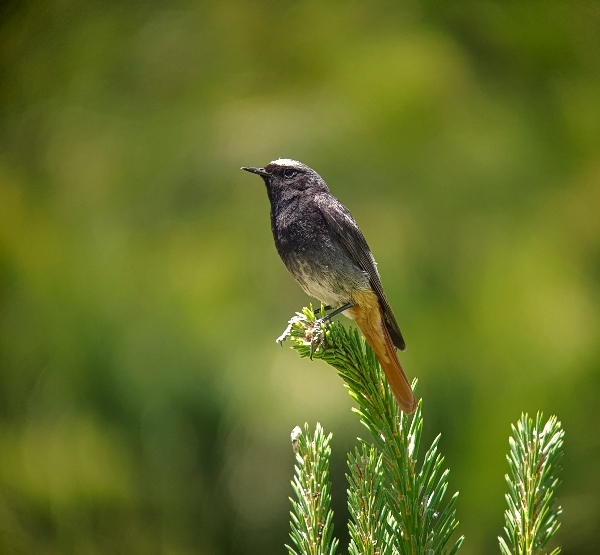 The Ski centre at Astün was our last hope for Common Rock Thrush we tried two places along the approach road but struck a blank at both of them. We did see a nice Rock Bunting and not much else. Finally we arrived at the centre and walked down to the base of the slopes where we watched a beautiful male Black Redstart singing from post to post. We also watched Crag Martins, House Martins, Water Pipits and we also saw Serin and Yellowhammer.

Then we found our target bird, it began singing from the top of a support pole a couple of hundred meters away, it then moved closer to a ski-lift stanchion and we had great views of it, hooray!! 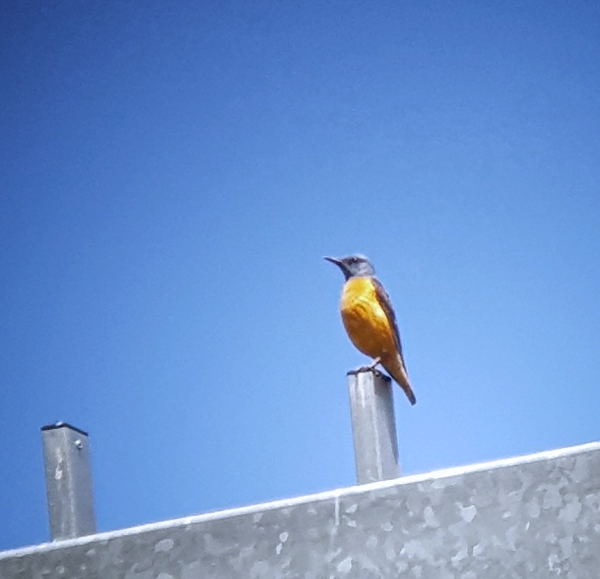 It was around 4pm when a few raptors started to appear, first we noticed a few Griffon Vultures, then a Red Kite, a Common Kestrel and a distant unidentified falcon. Then at last a Lammergeier appeared in the distance and over the next 30 minutes we watched a pair of them getting tantalisingly closer until eventually they showed very well. 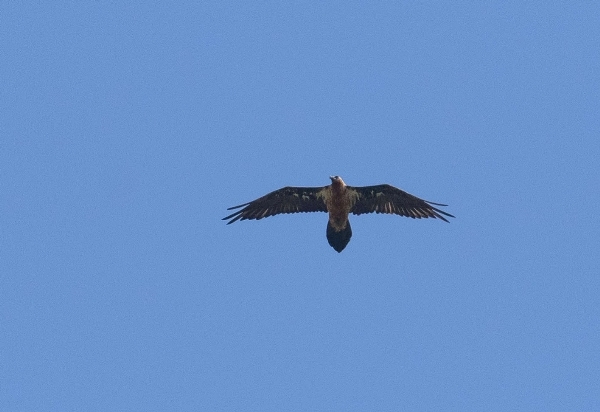 one of many of Richard's shots of the Lammergeier 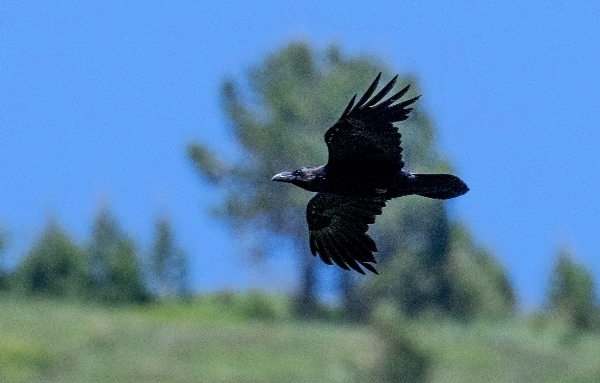 another bird with a diamond-shaped tail - Raven by RP

At last, one of the prize birds was in the bag!! We also saw a few Alpine marmots whilst we were scanning the slopes and many orchids in the grassy slopes. We added Clouded Apollo and Mountain Ringlet to our butterfly list.

We set off for our hotel which was a hour’s drive from Astün, we made a quick stop at Rio Gas near Jaca but saw very little there, the breeze at the river was like a blast from a furnace. It was after 6pm when got back to the hotel, another full day in the field, my group was tired it had been a hot day indeed with an average temp. of 36C!!