There was no pre-breakfast early morning walk because it was raining, so we all went to breakfast at 7am and had the bus all packed and ready to go before 8am!! It took an hour to drive to the coast along winding, narrow roads through the impressive gorge Desfiladero de la Hermida which traces the path of the Rio Deva. Some of the group saw a Dipperand a Grey Wagtail in the river and a few other common species. 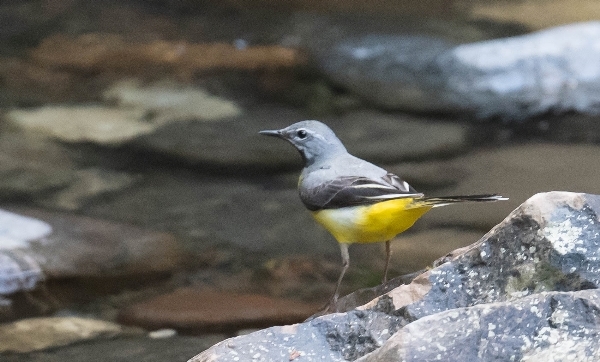 Grey Wagtail taken near our hotel at Cosgaya by Richard Pettett

At San Vicente the tide was just about to reach its highest point so not much mud and sand was left to scan. Several grassy islands were still visible in the bay and the rocks below the main bridge held quite a few waders. We spent an hour scanning the area and finding many birds, at least nine of them were new to trip list. Out in the huge tidal bay three or four Whimbrels were listed first followed by 10 Eurasian Spoonbills, two Great Egrets, a single Bar-tailed Godwit and just below us a single Dunlin sat on the rocks. 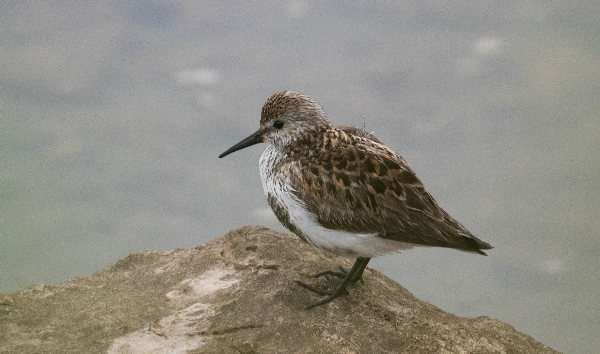 Dunlin - a none breeder or an adult returning from the breeding grounds??  By Richard Pettett

A short way across the bridge we scoped the area once again and found a mixed flock of 20+ Dunlin and Common Ringed Plover, we also found five distant Mute Swams, dozens of Mallards and a flock of some 25+ Redshanks. On the other side of the road looking seaward into the large marina we saw a mixed group of gulls sitting on a sandbar that was ever-decreasing in size as the tide came in. We noted Yellow-legged and Great Black-backed Gulls and distantly we saw a sole Black-headed Gull sitting on the water. 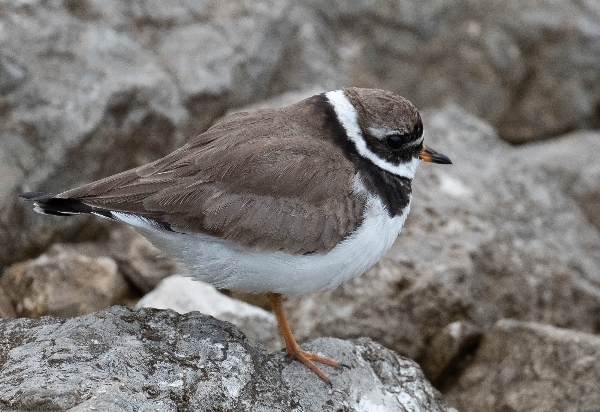 A Grey Heron or two stood motionless adjacent to a reedbed and that I think was all we saw there. We then set off and put some miles on the clock, making a coffee stop near Reinosa and a lunch stop just south of Burgos. Along the way we saw, surprisingly, at least three Black Vultures with a large bunch of Griffons and later we saw a single Egyptian Vulture, a couple of Black kites, several Common Buzzards and a Common Kestrel. 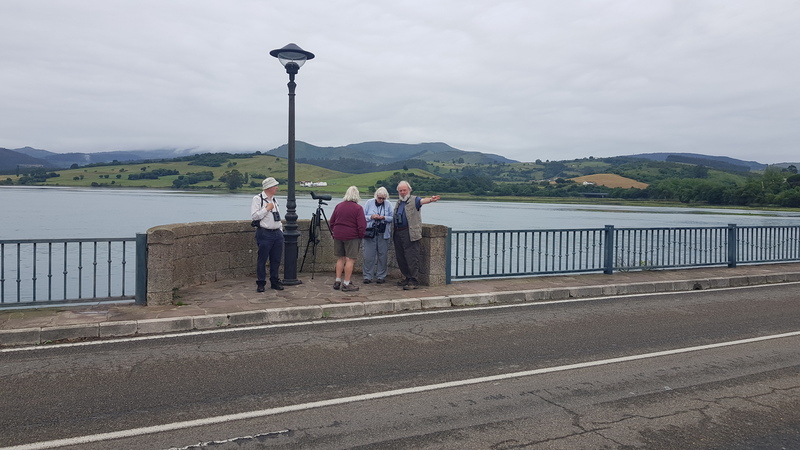 We made a short stop about 90km from Madrid on a road leading to Sepulveda, we had intended to look for Iberian Magpies but we were distracted by a pair of Montagu’s Harriers. These birds performed so well that we did not want to leave them. They even performed a ‘food pass’ and although they were fairly distant it was great to watch them.

We arrived at Madrid Airport at 3:20pm in good time for Gerald to catch his 6:15 flight. I dropped Richard and Linda at Hostal Viky before parking the bus not far from them. Mike, Lorna and myself had much later flights so we had time to spend in the plaza with Richard and Linda.

At 6pm I dropped Mike and Lorna at the Terminal and drove off to return the bus, I was back at the terminal before 7pm. Our flight to Bristol was on time and we parted ways around 11pm. The trip was over, it had been hard work in a range of temperatures and weather conditions, I felt exhausted at times and slept like log most nights despite the heat. 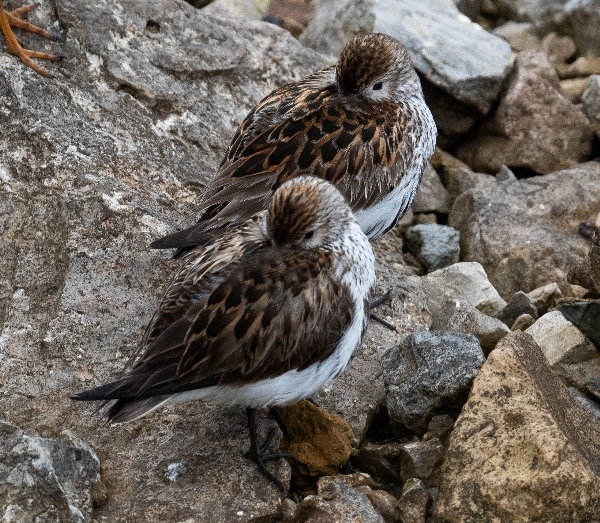 Our bird tally lacked a few of the specialties synonymous with this trip such as Wallcreeper, Alpine Accentor, Middle Spotted Woodpecker and a few others. Nevertheless, our list total was 150 which is a good average score and comparable to previous tours. We all had favourite sightings, Pin-tailed Sandgrouse, Citril Finch, Common Rock Thrush and Lammergeier all got a mention. I was just happy that some of the star birds managed to get on the checklist!!