I collected Penny from Casares at 8am and we drove down the track towards Secadero, it was overcast, dull, misty but still very warm and humid.

we logged Woodchat Shrike, Cirl Bunting, Goldfinch, Greenfinch and Linnet along the first part of the track and then we put up 3 Ravens and 5 Black Kites before dropping down to the river. 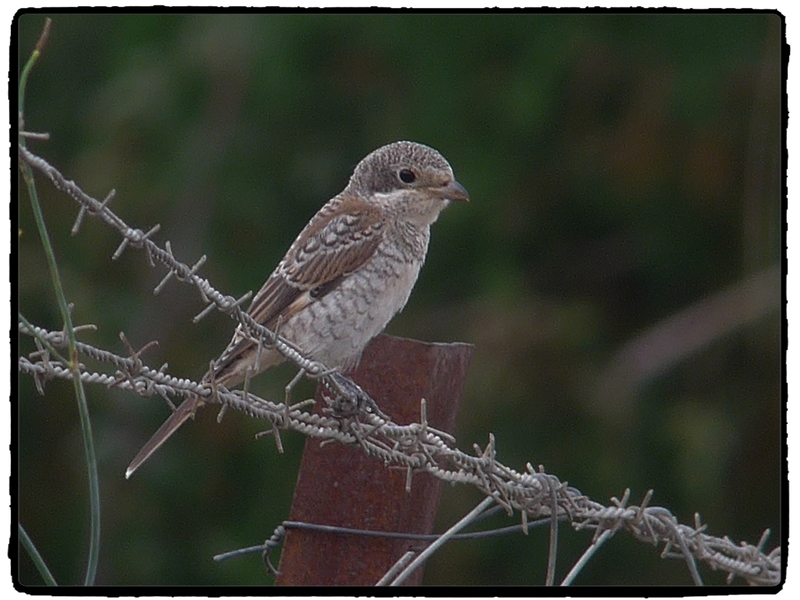 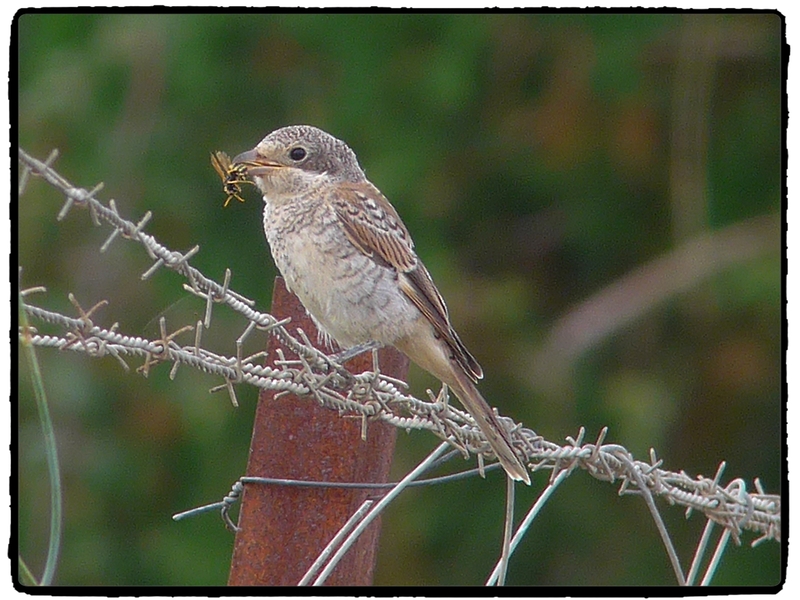 More finches and Linnets were seen at the river but this first section of the river we visited was in fact the Rio Genal and it was dry. We saw two Little Egrets in flight, a Grey Heron and lots of hirundines including a few Red-rumped Swallows.

The next section of the river was where the Rio Genal joins the Rio Guadiaro and where there was some water. Lots of birds were seen there, many Little Ringed Plovers joined both Common and Green Samdpipers as well as lots of White Wagtails. We saw Short-toed Eagles on the pylons, Common Buzzards on posts and Booted Eagles in trees. But our prized sighting was of a BLACK-WINGED KITE also perched on a pylon, more and more sightings of this gem are being made in this valley and soon we will find them breeding there! A few swifts flew over as did small parties of Bee-eaters whilst a Cetti's Warbler gave us the run-around until we eventually spotted it. 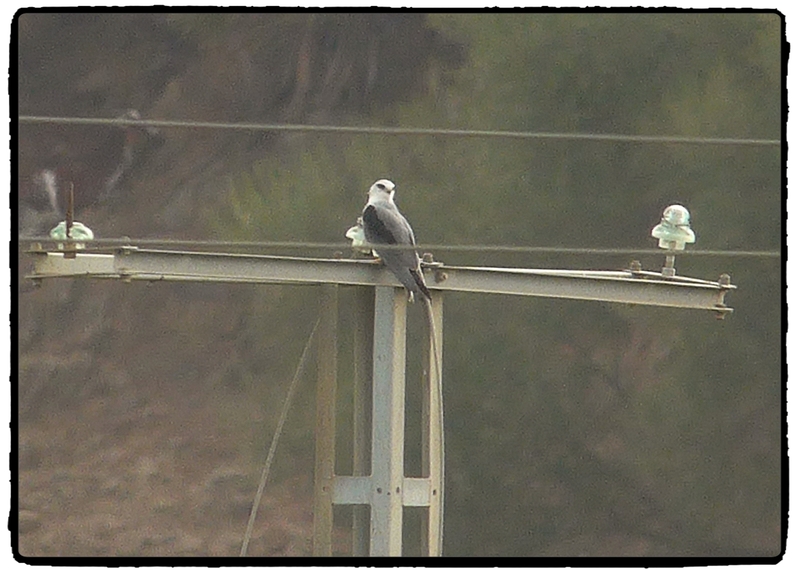 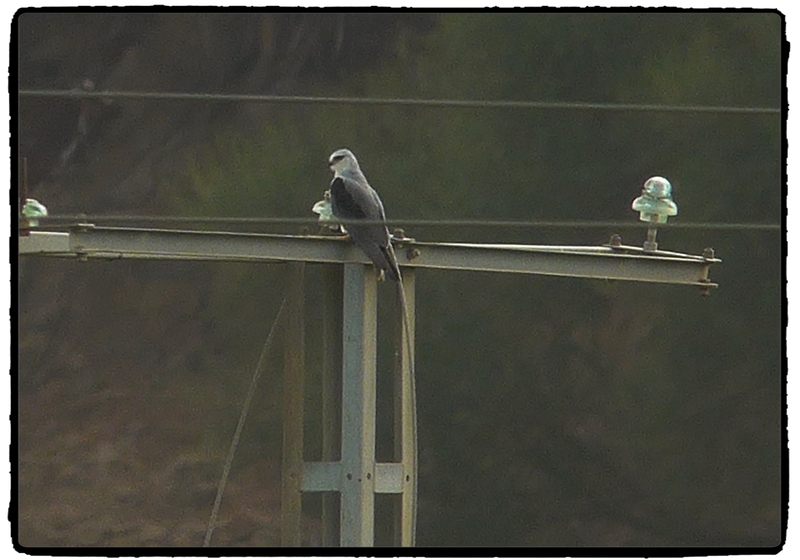 By 9:30am it was warm enough for thermals to develop over the hills and a steady flow of Black Kites flew from the fields and woods to take advantage of them. Soon we were seeing 'kettles' of 50 birds or more, we estimated conservatively that about 200-300 birds were there. Back on the track we drove further where we had views of open fields, some held good numbers of Black Kites perched on the cropped grass, we counted another 46 Black Kites in one field. A good-sized flock of 70+ Corn Buntings was nice to see and also small groups of Turtle Doves perched on the wires in bright sunshine. A dozen White Storks fed in a field of Alfalfa which was being watered and as we watched them a Hoopoe flew across the track. 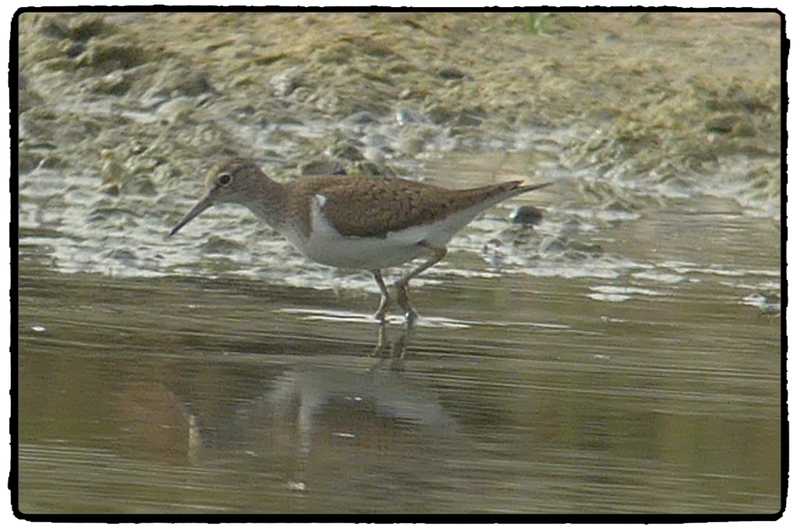 As we got further down the valley more Bee-eaters appeared on the wires, we saw about 30-40 birds with more Turtle Doves and Wood Pigeons. Griffon Vultures circled over the far hills as did more and more Black Kites, yes Migration was most certainly underway.

Our morning's birding concluded near Secadero as we visited a friends' Cortijo, Vivienne lives near the river on this superb old Spanish homestead which she and husband Michael have converted into a 12 bed-roomed guest house. This will be my venue for some future trips, it sits in a wonderful position and is surrounded by fantastic gardens - great for birds!

AFTER A VERY DRY WINTER AND THE HOTTEST SUMMER ON RECORD IT'S NO WONDER WATER. LEVELS  ARE LOW 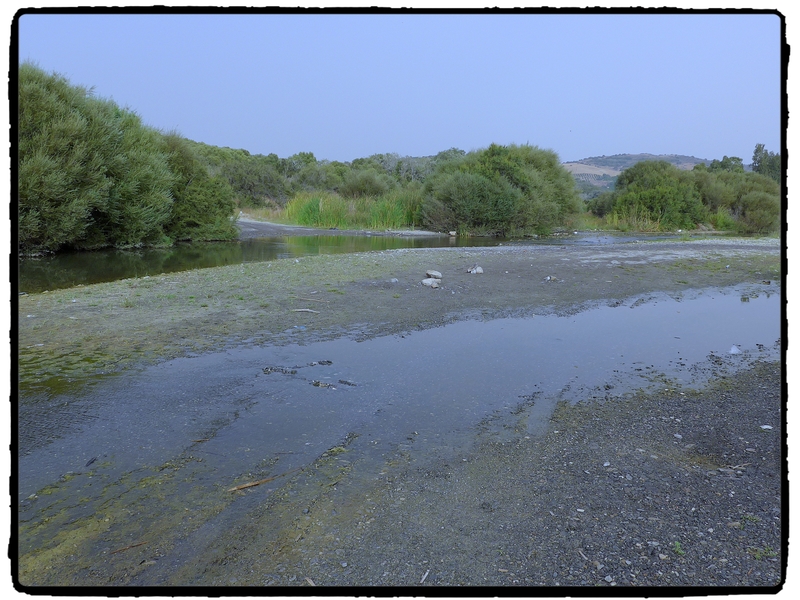 We drove back up the valley about 12 noon, it was now very hot and fewer birds were on show, our list was 43 species.