Llandeilo Castle and Water Meadows – Swansea Railway Station to RSPB Gwenddwrd Dinas and Haverfordwest Today the tour started proper! as I collected my group from Swansea train station and we headed off into the hills.............

I had a smashing morning with my friend Hannah from Swansea, she suggested we met in Llandeilo to look for little Ringed Plover and Lesser Spotted Woodpecker both of which we dipped on. I arrived early and found Spotted Flycatchers feeding young, Grey Wagtails on the river Towy and Common Redstart in the hedgerow. 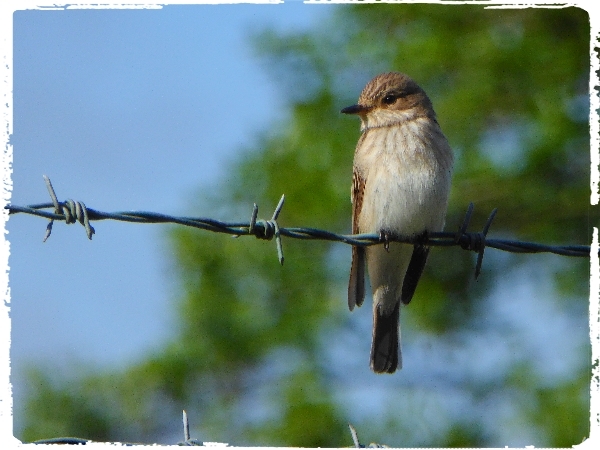 When Hannah arrived we walked across several meadows around the wooded hillside where the Castle was situated, we found Common Redstart, Red Kite, Sedge Warbler, Reed Bunting, Greylag Geese, Grey Heron, Great Spotted Woodpecker and several other species. It was a lovely sunny morning but the meadows were quite muddy and wet. 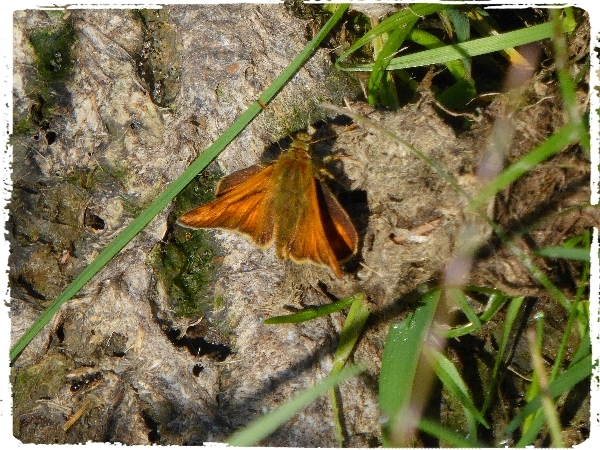 To finish off we walked through the Castle woodlands looking for woodpeckers, we saw more Redstarts, Jay, Song Thrush and lots of common species.

After leaving Hannah I drove to the centre of Swansea to collect my group of 12 arriving from London. We met on time and quickly loaded up the bus before driving off to RSPB Gewnddrwd Dinas one of my favourite Welsh places to visit. We arrived around 3:30pm which didn’t give us much time at all to enjoy this fantastic place. 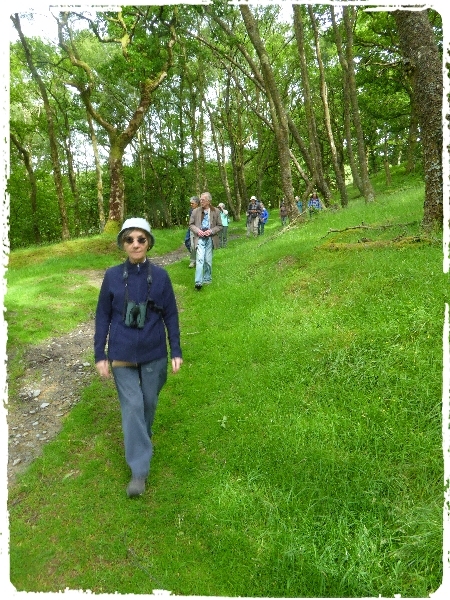 Walking in the woodlands of Dinas

From the car park we followed the boardwalk into oak woodland with a sparkling brook running alongside it. We found Willow Warbler, Blackcap, Marsh Tit, Eurasian Treecreeper, Eurasian Nuthatch, Wood Warbler and several Common Redstarts. But we couldn’t find Pied Flycatcher! So we concentrated on the river noting Grey Wagtails and Common Sandpipers. 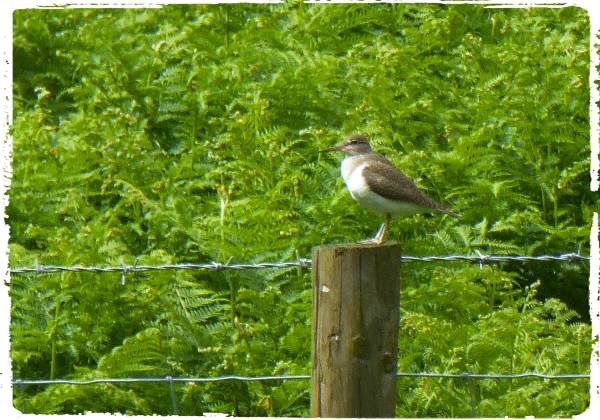 Back at the car we watched the bird feeders for a while and discovered a pair of lovely Siskins with the Blue and Great Tits. But soon it was time to leave, so we set off for our hotel at Haverfordwest, arriving around 7pm giving us just enough time to get changed for dinner.