CARDIGAN WILDLIFE AND WETLANDS CENTRE – THE GANN – DALE Anything we did today was going to be anticlimactic and underwhelming compared to yesterday’s birding extravaganza, even the weather was poor for most of the day as we made good use of our water-proof clothing.

We set off at 8:30am to Cardigan to visit the Welsh wetlands centre our route took us over moorland where we intended to stop but we were in the clouds, it was cold, windy and wet so we gave it a miss.

The wetlands centre is well set out where a circular walkway takes you through a number of habitats and to a series of well-placed hides.

It started to rain in earnest as we emerged from the bus so the ‘Kingfisher’ Hide came in handy and guess what? We saw a Kingfisher from the hide! Just before we got there we searched for a Cetti’s Warbler that sang from deep in the bushy scrub. In front of the hide two Grey Herons searched for food in the rain, a couple of Moorhens dashed about and we had a couple of sightings of Reed Warbler before the Kingfisher appeared. 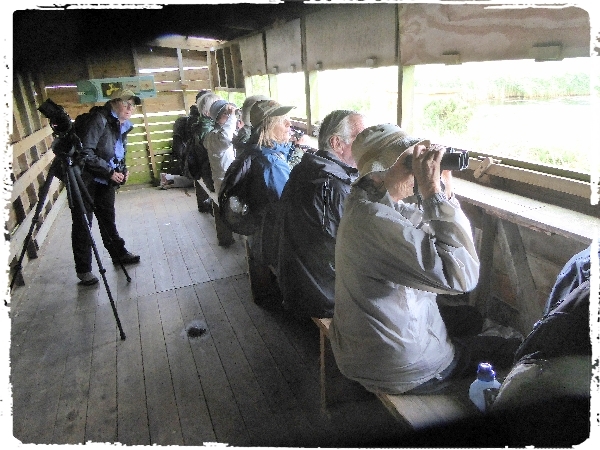 in the Kingfisher hide

It stopped raining and brightened up a little as we made our way to the next hide which overlooked a tidal creek, the tide was high and all we saw was a few Mallards. The next hour was quite interesting we watched Common Buzzards flying over the marsh, a Reed Bunting in the reeds and a selection of waterfowl in a pool from the third hide. Mute Swans led their cygnets around the pool bullying any duck that got near to them. Both Tufted Duck and Eurasian Teal fed with a number of Mallards. 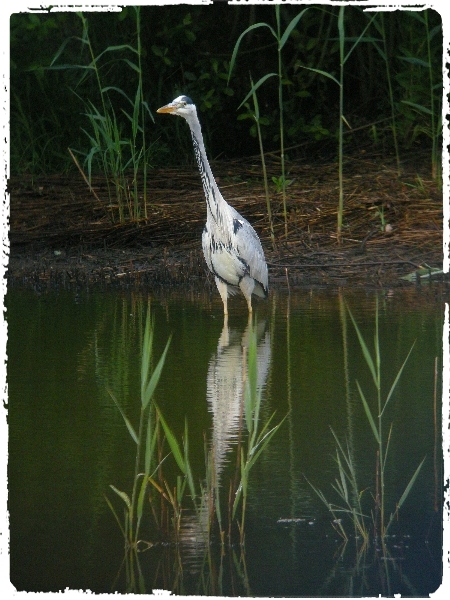 The pathway led us into a small woodland area where very few birds showed but a few called. We heard Common Chiffchaff, Blackcap and Bullfinch and saw Goldcrest briefly, Wren, Robin and Chaffinch. A Common Whitethroat sang from bushes near the end of the walk and we saw 5 Water Buffalo from the ‘Otter’ Hide. 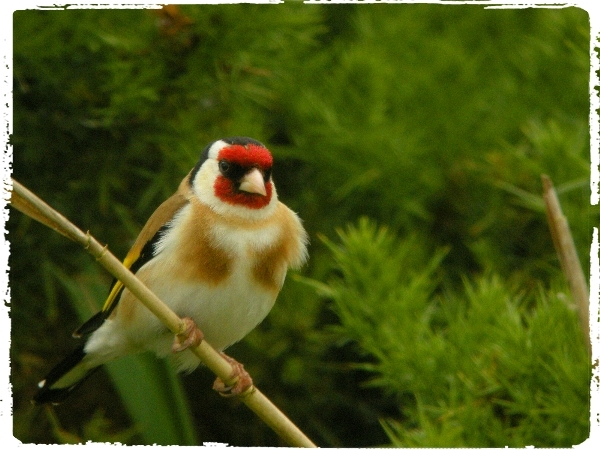 At the centre we stopped for lunch where some of the group watched a beautiful male Bullfinch and others watched the bird feeders where Blue and Great Tits joined Chaffinches at the ‘’fat balls’.

On our way back to Haverfordwest we stopped at the moorland, the cloud had lifted and the sun appeared, but it was still quite cold in the wind. We saw several Meadow Pipits, Song Thrush, Wren, Stonechat before a Redpoll flew over making its ‘buzzing’ call. This bird circled and landed nearby giving fantastic views, it was a male in full breeding plumage! That sighting cheered the group somewhat. 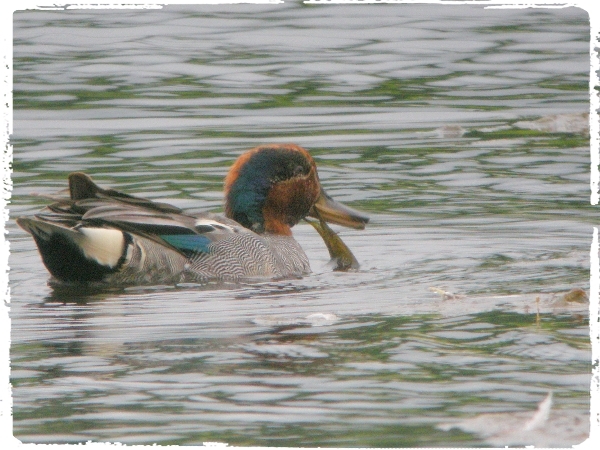 We drove through Haverfordwest to visit the shallow bays near Dale, an area called the Gann has lagoons and raised grassy banks and large areas of rocky shoreline when the tide is low. The tide was out when we arrived and a good number of birds we feeding out on the sand, mud and rocks. We saw over 30 Eurasian Curlews, even more Oystercatchers, a couple of Little Egrets and a selection of gulls. 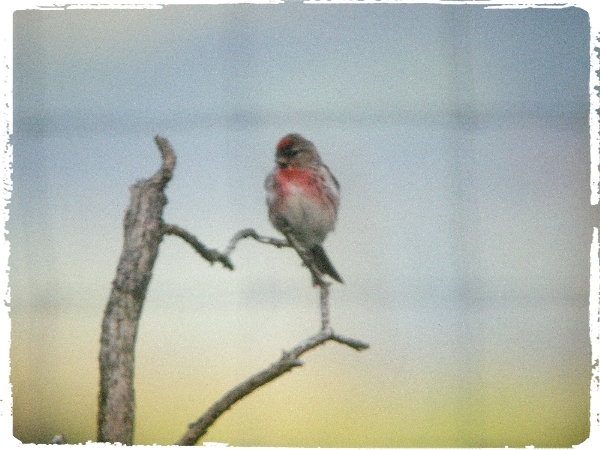 record shot of the Redpoll

From the beach in Dale we scanned the bay and found both European Shag and Great Cormorant but not much else. It was now approaching 5pm so we headed back to the hotel for an early dinner.