NEWGALE – LOWER SOLVA – ST DAVIDS HEAD – TRANSFER TO SWANSEA Our last day was a bit of a wash-out, it rained persistently all day and we were often in the clouds! The rain was not heavy but it was very fine and very wet for most of the day. As the group were catching the 16:50 train from Swansea we had until 14:00 for birding and that is exactly what we did.

We checked-out of the hotel at 9am and headed off to St David’s in order to walk to the headland to look for shearwaters out to sea and Red-billed Chough on the cliffs. Along the way we stopped at Newgale to look into the lovely bay. We saw Gannets, Razorbills, gulls and a pair of Ringed Plover.

Next we stopped at Solva where a babbling brook flows through the village and into a beautiful open gorge. Thecreason we stopped was because we thought we saw a black shape on a rock from the bus and it turned out to a Dipper which is what we wanted it to be, marvellous, everyone got off and had excellent views of it.

We parked at Whitesands Beach (extortionate fees) to begin our mile-long walk to the headland, we found several parties of Red-billed Chough along the way, the biggest count was ten. We also saw Meadow Pipit, Wren, Dunnock, Raven, lots of Rooks and Jackdaws. 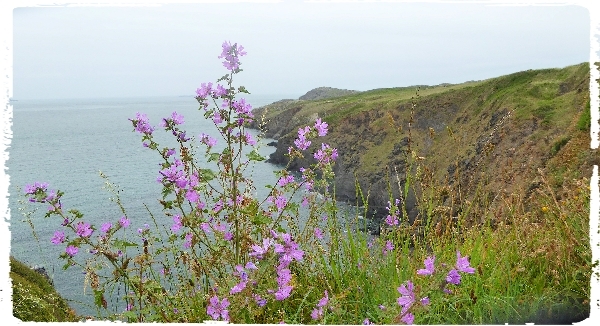 looking out to the headland from the start of our walk

At the headland we found a lovely sheltered spot where we could sea-watch, there was plenty to lokk ar but most of the birds were a little distant. We scoped Gannets, Puffins, Razorbills, Guillemots, Fulmars, Cormorants and Shags as well as our target species the Manx Shearwater, quite a few very skimming the water performing their characteristic ‘flap and glide’ flight as they ‘sheared’ the waves. 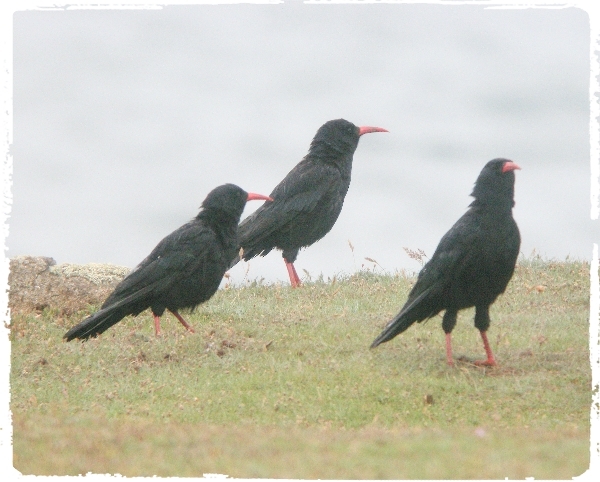 Most of us had a hot chocolate back at the car park and we ate our picnic lunch back in the lovely harbour at Solva. But alas it was soon time to go, we set off for Swansea driving through atrocious wet weather, a huge traffic jam caused some anxiety, we were delay by 50 minutes and only just made it the railway station with 4 minutes to spare, phew! 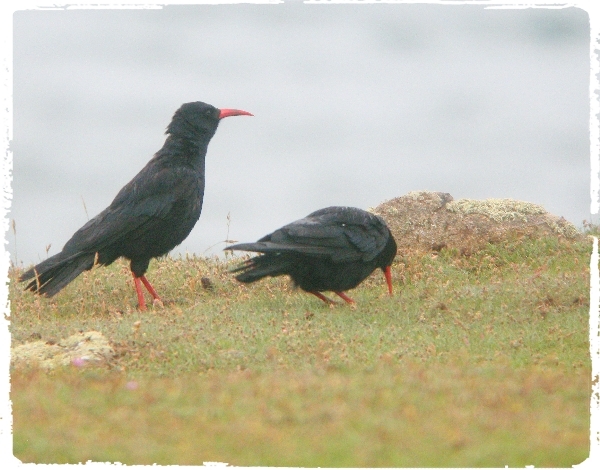 I left my group there and drove back to Yeovil arriving at 7:30pm. That was the official end of the tour and the end of my spring season, now for a rest!