I thought that maybe the bad weather would bring a few birds down and Sutton Bingham Reservoir was the place to be. However it was quite the opposite, there was fewer birds around than yesterday. The Garganey had gone, so had the 5 Teal, I only saw one Little Egret and the Heron numbers had dropped!

From the causeway I carefully sifted through the Mallards just in case a spurious duck had crept into the flock and I gave the west pool shoreline a good bit of scrutiny too. I found two Pied Wagtails, a Grey Wagtail, one Common Sandpiper and one Green Sandpiper. 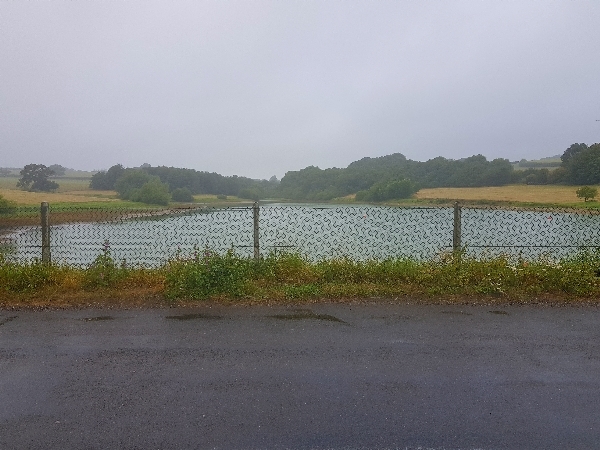 a view of the west pool from the causeway, how miserable does that look?

The main body of the reservoir viewed from the causeway held nothing new, the usual Grebes, Gulls, Mallards and Moorhens were all on parade. Next I drove to the southern arm, the gate was still locked so I scanned from the southern tip causeway. Much of the roadside shrubbery has grown out of control so the view is restricted to one or two small gaps. 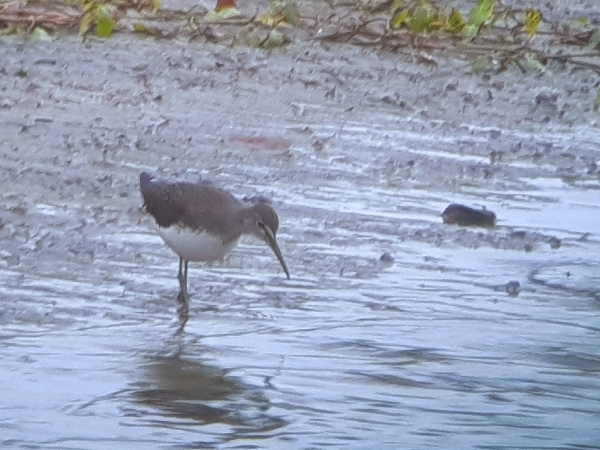 Green Sandpiper in the west pool taken from the causeway

It is not too safe parking on the side of the road because many vehicles come through at quite a rate of knots so you have use your car as a 'shield'. From the causeway I saw two more Green Sandpipers and a single Common Sandpiper. A few Great Cormorant were also there with Lesser Black-backed Gulls, also a couple of Herons and the usual Grebes and Mallards.

Back at home I parked the car and walked round into Yeo Valley, I didn't expect to see much and I wasn';t disappointed. I walked up and over Rook's Hill at the nothern end and spent a hour or so in the sheltered eastern side along the River Yeo. The habitat along the river is just dandy for passing flycatchers and warblers and I'll eat my hat if I don't get a fall of flycatchers one day soon. 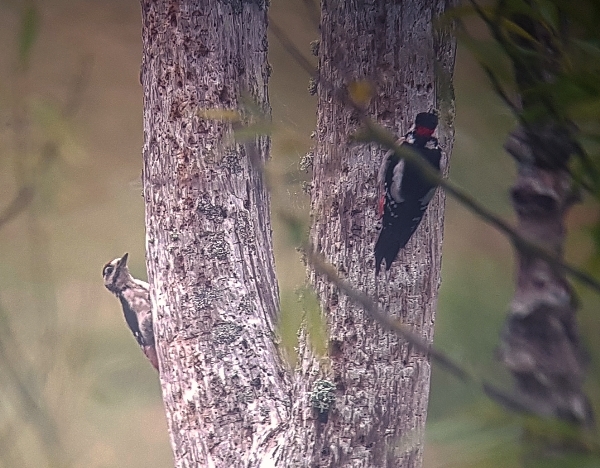 Great Spotted Woodpeckers on the dead tree near the River Yeo

Today I had to settle for Godlfinch, Chiffchaff, Great Spotted and Green Woodpeckers and I can't think of any other sightings. I was home by 10am, a little wet and fed up, but as you all know if you don't have the bad days you will never appreciate the good days!