IN SEARCH OF:  BLACK-THROATED & GREAT NORTHERN DIVERS, PLUS LONG-TAILED DUCK

Today I met up with my good friend, Nigel Bleaken and we birded the ‘water tanks’ at Barrow Guerney before moving on to Chew Valley Lake. Nigel drove from Chepstow in Wales and got there in just over an hour which was about the same amount of time it took me to drive from Stoford!

our view of 'Tank No. 1' where we saw the divers

We met at 8:30am in the car park at Tank No. 1 and walked up the embankment to scan the reservoir. Nigel found both of the divers in about 10 minutes flat, but they were both quite a distance away and they were spending a lot of time underwater. 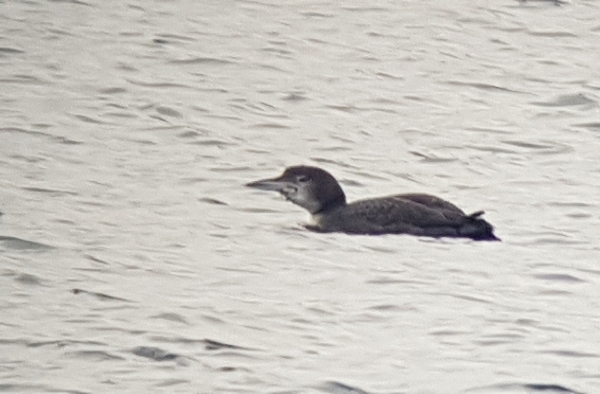 Great Northern Diver - there was something attached to its mouth?

We slowly walked around the perimeter of the lake viewing constantly from the elevated embankment. Soon we had reasonable views of both Divers, the Black-throated was much more obliging. 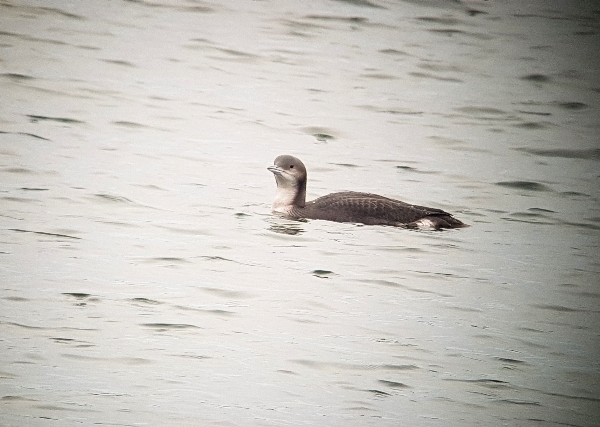 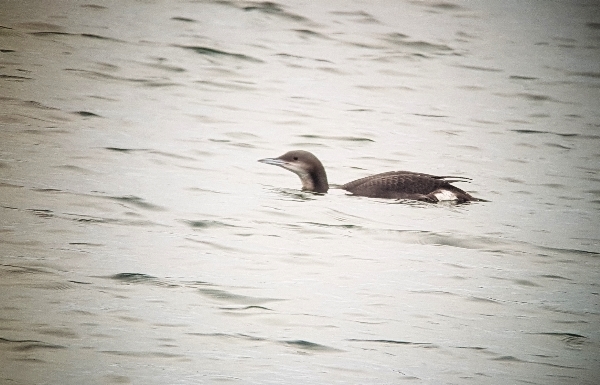 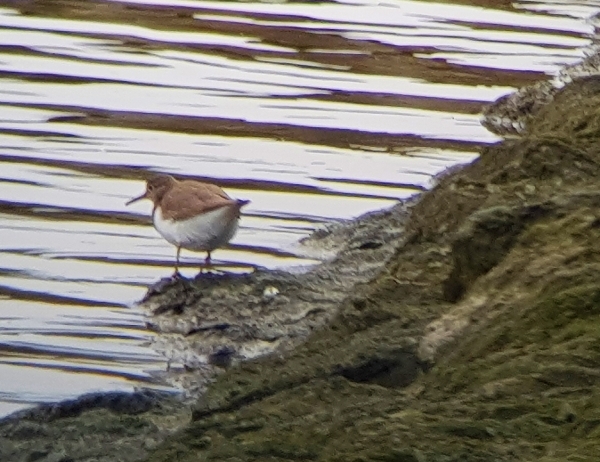 After a quick cup of coffee (generously supplied by big Nigel)  we walked across the main road to Tank No. 2 where the duck was supposed to be. Well, it was there, we found it in a few minutes and enjoyed distant views of the little beauty. It also spent a lot of time underwater and sometimes became hard to relocate because it swam so far whilst submerged. 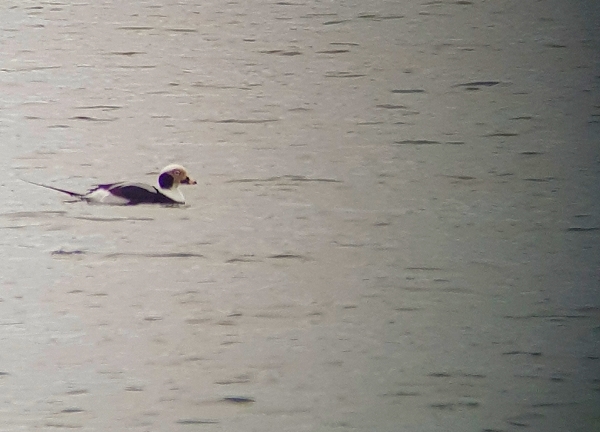 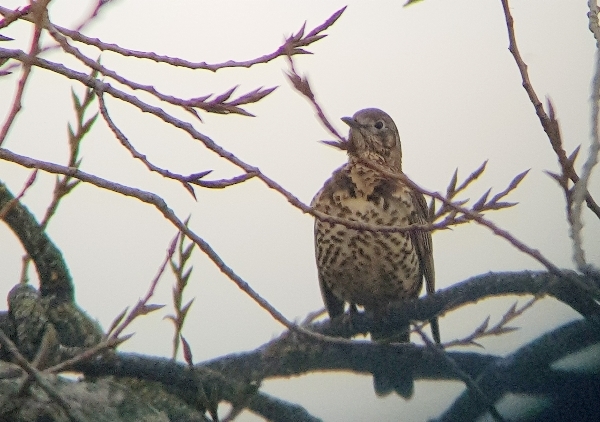 From Barrow Guerney we drove across to Chew Valley Lake which took about 15 minutes, we parked at Heron’s Green for our first scan. The sky got brighter and the light improved no end, the cold breeze had also dropped away. It was very pleasant scanning from the car park across the lake, we added: Goosander, 3 Great White Egrets, Lapwing, Gadwall, Eurasian Wigeon, Common Buzzard and Grey Heron.

record shot of the four Goosanders at Heron's Green

Next we visited the Stratford Hide and in the woods near the car park we saw Blue, Long-tailed and Great Tits, all coming down to a feeding station. A Reed Bunting sat in the reeds behind the hide and we heard a very loud Cetti’s Warbler and a Water Rail. 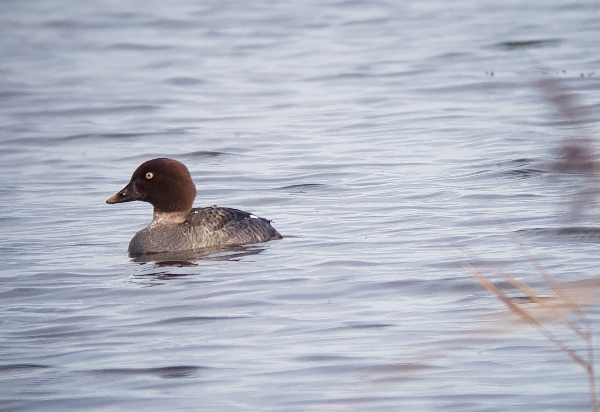 female Goldeneye from the Stratford Hide 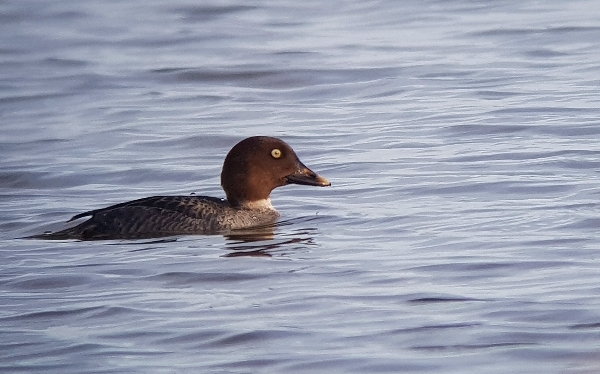 We didn’t add much from the hide except for a female Scaup and we had closer views of a female Goldeneye. The lake was covered in thousands of birds and it was quite a spectacle. 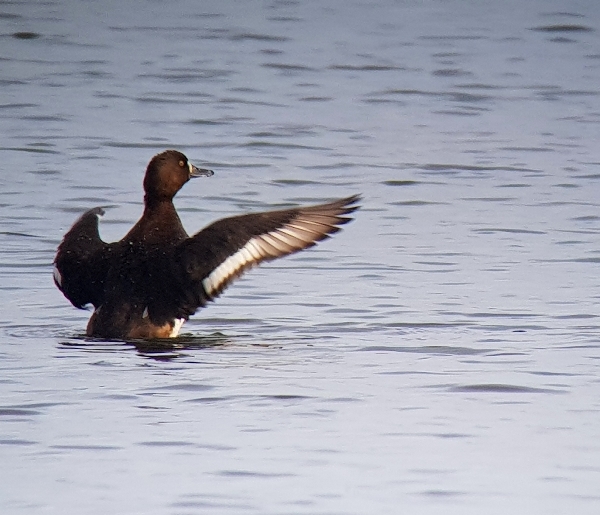 At Herriot’s Bridge we ate our egg sandwiches and drank more coffee (both supplied by Nigel, how nice was that?). We added Common Shelduck and we searched the Eurasian Teal hoping for an American Green-winged Teal which had been reported about 10 days ago at this very spot. 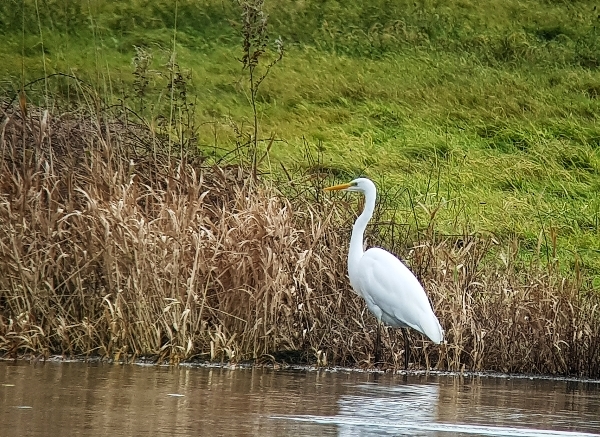 one of the 3 Great Egrets seen from Heron's Green

Our last port of call was the visitor’s centre adjacent to the Dam. We scanned the water looking for Pintail but found a male Scaup instead, that will do! Nothing else appeared and the light began to fade despite the time only being 2:30pm.

a view from Herriot's Bridge at Chew Valley lake

We called it a day at 2:30pm and both went off in opposite directions, I was home before 4pm.