WEATHER: two glorious days on the 28th &29th of Jnauary was followed by 2 days of dull, overcast, wet and windy days. Temp ranged from 2C - 10C

At last my persistence paid off! This was my third visit to this charming little pool of water found on the outskirts of Chard. I was looking for the long staying female Smew or Redhead and with a little directional help from local birders Kev and Sue I finally found it. 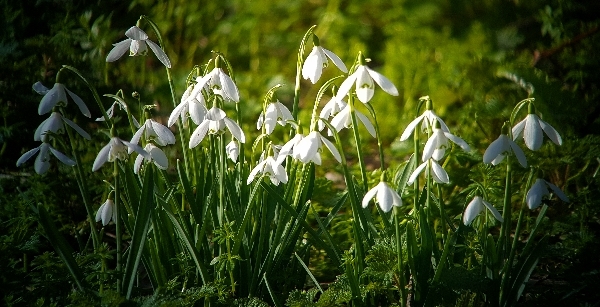 Apart from the Smew I saw 4 Mediterranean Gulls, which are not a common sight at Chard Reservoir, other species seen included Woodland birds such as: Nuthatch, Marsh Tit, Grey Wagtail and all the common species. 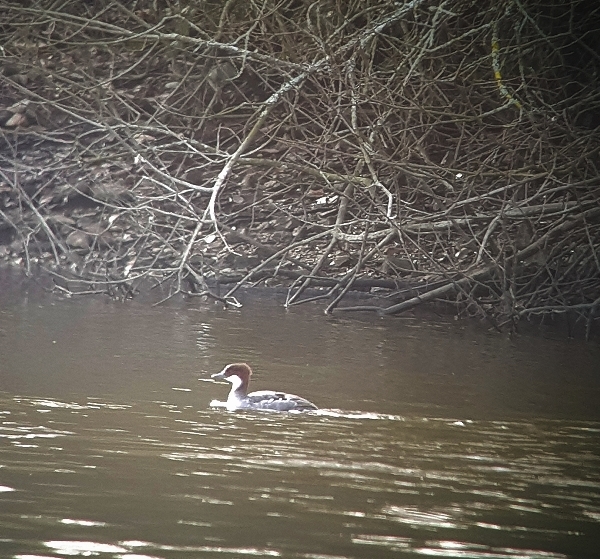 record shot of the Female Smew often called a Redhead

On and around the water there was a few dozen of gulls, Black-headed, Herring, Common and the four Med Gulls, also two Grey Herons, two Canada Geese, 15 Great Crested Grebes, Moorhen, Coot and dozens of Mallards. 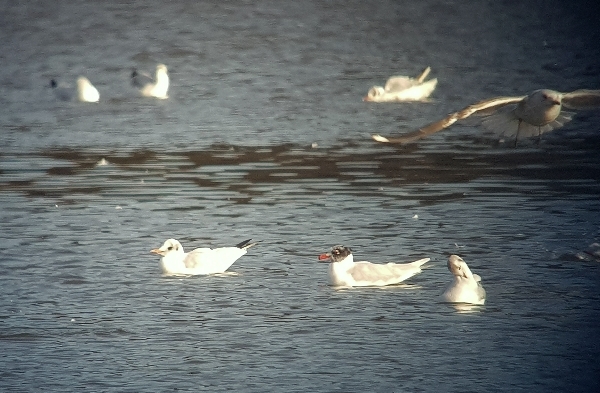 What a difference a day makes, yesterday was all sunshine and today it was miserable, wet and very dull.

I caught a train to Bath at 7:30 where I met my Welsh buddy, Nigel. He has driven across from Chepstow to meet me.

We drove northwards from Bath and after a few miles we passed the village of Marshfield. We were after farmland species, especially Yellowhammer, Partridge and Corn Bunting. As we drove out of town so the weather got worse, the mist thickened and the rain increased, how lovely. 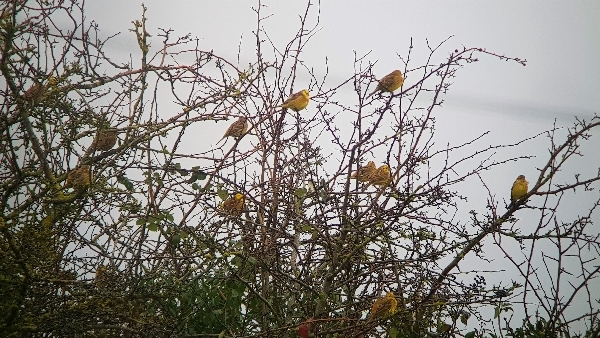 It was also quite windy but our first stop was in a sheltered  valley, we saw very little but a Mistle Thrush in full song was nice to see and hear. Our next stop was higher up we were more exposed to the elements but the mist had cleared so we got out of the car and walked a muddy track for a kilometer or so. We saw Skylarks lots of Jackdaws and Rooks, a few Pheasants and our first target bird, the Red-legged Partridge.

Back at the car we had a cup of coffee whilst listening to the sound of gunshots as a large party of hunters were in the next field shooting Pheasants. 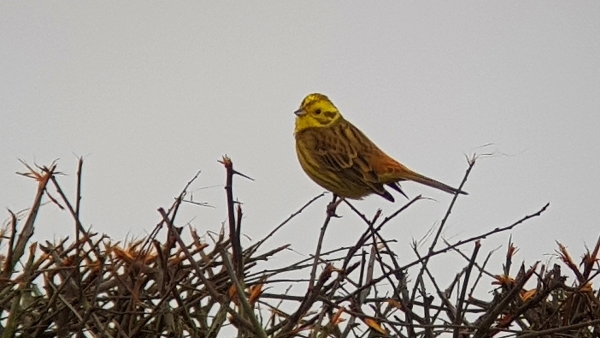 Another stop in another sheltered valley was more productive we found a flock of Chaffinches,, we saw Song Thrush, Redwing, Long-tailed Tit, Blue and Great Tits and Nigel pointed our two Goldcrests. However, our best sightings were of Yellowhammers, we saw a flock of 17 on top of the hedgerow. They wouldn’t allow close approach but we had good views of them.

Stock Dove, Kestrel, Common Buzzard and more Pheasants went onto the list as we drove along the narrow lanes hoping for a sighting of our last target species, the Corn Bunting.

We then bumped into another flock of Yellowhammers, this time they were much closer and with them was two Corn Buntings, hooray! My favourite bird, I love to hate this species, now it was finally on my year list. We counted 22 Yellowhammers at that site and four more just down the road at a farm. 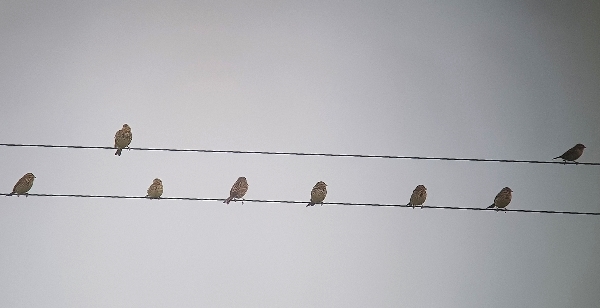 magical - the elusive Corn Bunting, what a beauty, now on my year list at last - I can go on hating them now

The light improved as the cloud cleared, the rain and wind stopped, it was turning into a nice day. Our last stop produced a large flock of Corn Buntings (50+) with an even larger flock of Linnets, also House Sparrows and a few Yellowhammers. 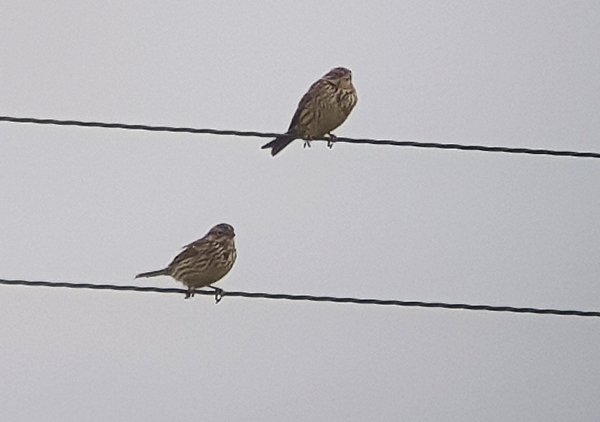 more Corn Buntings, I couldn't get enough of them

The poor weather returned so we got back into the car and ate our picnic lunch provided by Nigel. 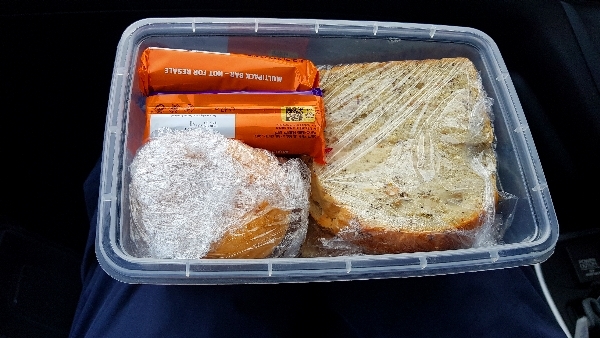 not only was he my chauffeur but he brought me this lunch box too! What agreat guy is Nigel

We had seen our target birds at Marshfield but we had a few more to find in a park in Bristol. So we drove 12 miles to Eastville country Park. Eastville Park is a huge area with open grassland, mixed woodland and ornamental lakes. The River Frome runs through and a brook flows into the river.

We walked down to the lakes and viewed the river hoping for a sighting of Dipper which had been reported recently. The lakes held the usual Mallards, Mute Swans, Moorhen, Coot and Black-headed Gulls. One of the islands was called Tawny Owl Island, we knew there was a owl nest-box somewhere in the park and now we knew where. A quick search located the box with its resident Tawny Owl. You couldn’t see all of the bird but enough of it to see it was a Tawny Owl. 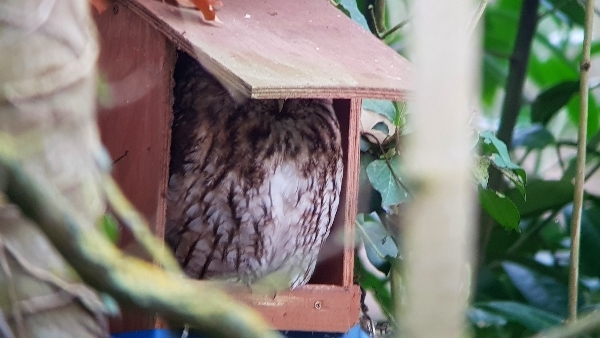 We walked along the river and up a track next to a stream looking for the Dipper without luck, we dipped on the Dipper!but we did see Grey Wagtail and we had several sightings of a very obliging pair of Kingfishers. 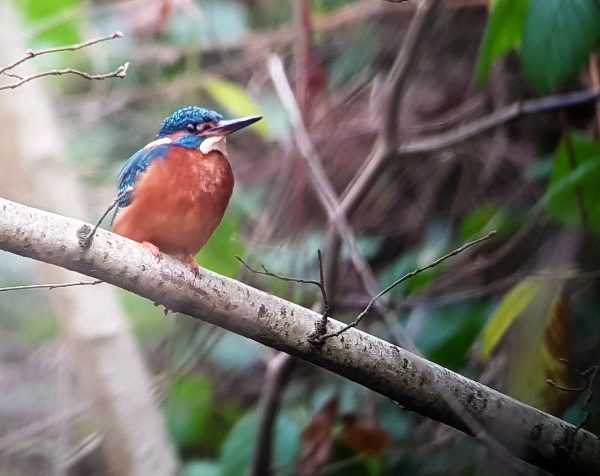 what a gem to brighten up a dull day 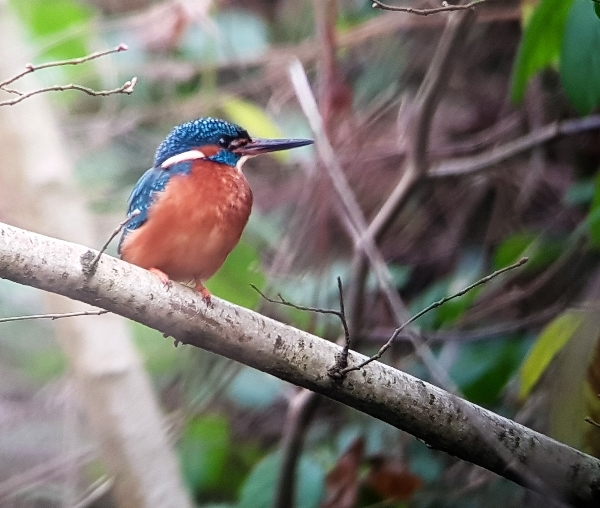 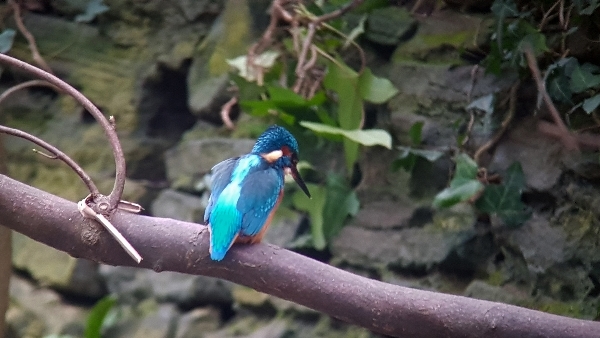 I look even better from the back 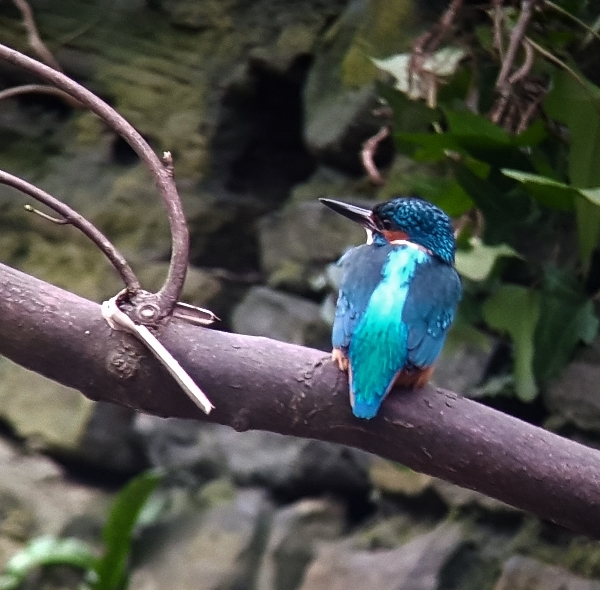 We left the park around 2pm and Nigel dropped me off at the train station in Bristol where we parted company, he got home in 35 minutes and it took me 2hrs, it was a relaxing trip on the train.

not a birding day but Dawn and I drove to Kent to visit our granddaughters, along the way we added RED KITE to the year list. On Sunday I shall flying out to Sri Lanka, Nigel is coming too, what this space for some excellent pictures from Nigel.