This mini-tour started at 10am as we all met up at our lovely Farm Guest-House near Westhay on the Somerset Levels. It was quite mild with patchy sunshine but quite windy to start with. Birds around the farm buildings included a couple of thousand Starlings, a few House Sparrows, Robin, Pied Wagtail and Collared Doves, I could hear a Song Thrush singing as I got out of my vehicle.

Everyone was settled into their rooms so we set off on our bus to begin this four day Somerset adventure. We drove towards Burtle in search of a Glossy Ibis which had been favouring this area recently. After 200 meters we found a field with a flock of Little Egrets feeding in the wet grass, three Cattle Egrets were with them and half a dozen Mute Swans. We could not see the Glossy Ibis in the surrounding fields so we gave up and headed over to Tealham Moor.

The wide, flat landscape stretched for miles in all directions as we drove along a very straight and narrow lane just north of Westhay Village.  Eventually we came to Tealham Moor where more fields were flooded with recent rainfall and lots of birds were roosting or feeding in them. We saw a single Greylag Goose with dozens of Canada Geese, also Mute Swans and a couple of hundred Lapwings. Many Black-headed Gulls were loafing near the pools and a few Common Snipe flew over us. 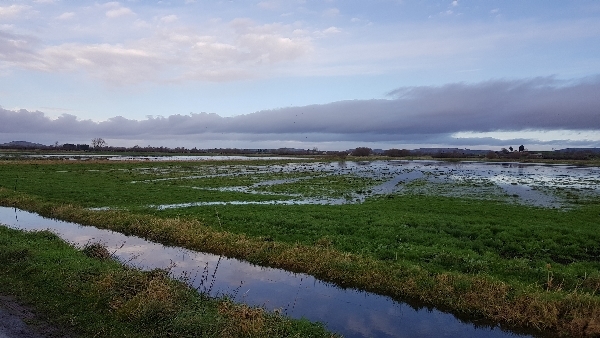 a view of part of Tealham Moor

Linda picked out a pair of Stonechats and Richard photograhed a very obliging Meadow Pipit. We eventually got round to finding our target bird which was a single Tundra Bean Goose, it was quite distant and it seemed to be associating with a pair of Mute Swans. 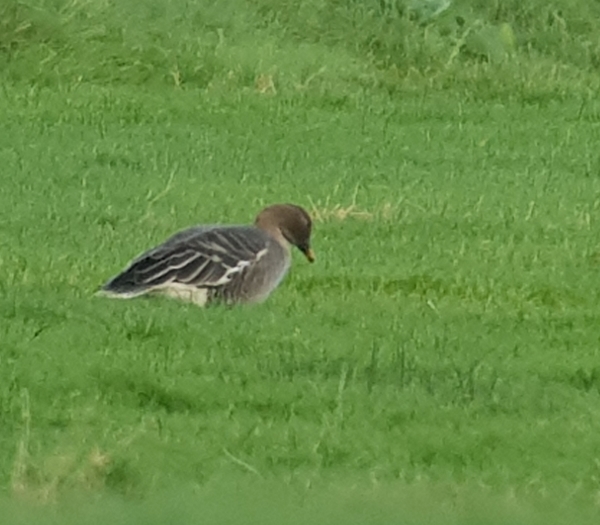 a record shot of the Bean Goose on Tealham Moor

Next we drove back to the main road near Westhay and stopped to view a field which was absolutely full of Cattle Egrets, I can't remember seeing so many in one place, anywhere. We estimated that there was over 300 of them (later we heard that the official count was 347). That is truly amazing since this bird was virtually unknown in the UK just 5-6 years ago. Two Great Egrets were seen in the next field to the Cattle Egrets.

After driving into Wedmore to collect lunch supplies we drove to RSPB Ham Wall Reserve where we ate our lunch sitting in the bus because heavy rain had set in. After 20 minutes or so we emerged from the bus after the rain had ceased, we bumped into Guy Campbell my birding buddy from Yeovil who had negative news on a couple of species we were hoping to see.

We walked towards the Tor View Hide via the main track noting a few species along the way, the rain recommenced as we approached viewing platform No. 1 were we saw a good selection of common duck species, some Lapwings, Common Snipe and Little & Great Egrets. 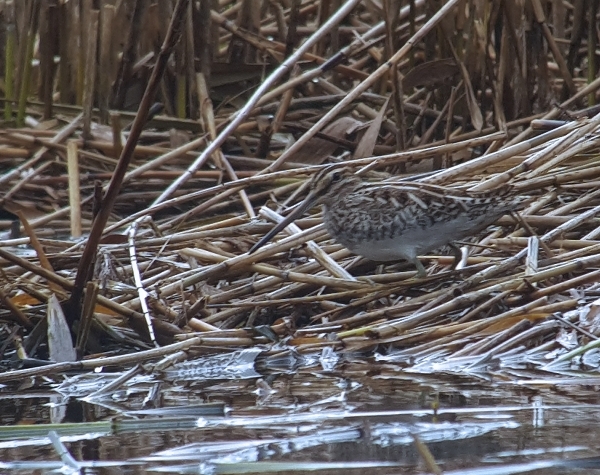 The rain drove us to the Tor View Hide where we sought shelter and just as we got settled in someone called out "Ring-necked Duck". What great timing, we were hoping to see this Nearctic visitor and there it was 50 meters in front of us, we all had superb views of it and saw it side by side with Tufted Ducks which was good for comparison purposes. 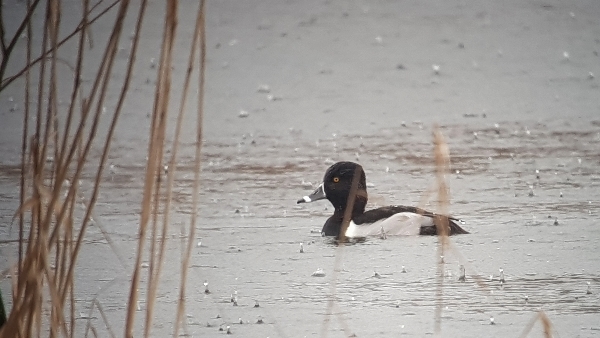 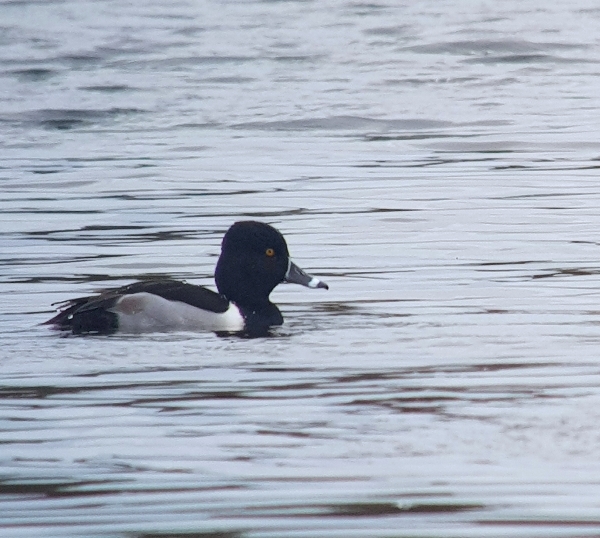 We added Grey Heron, Great Crested & Little Grebes and Common Pochard to our day list and after the rain had ceased we set off once again along the main track. We walked all the way to Viewing Point No. 2 and a little beyond where we crossed the main canal and headed towards the Avalon Hide. Along this track we saw Long-tailed Tits and three Chiffchaffs, we thought they were all Common Chiffcaffs but when we inspected the photos later,  we could see that one of them was a very pale Siberian Chiffchaff, an unexpected bonus bird. 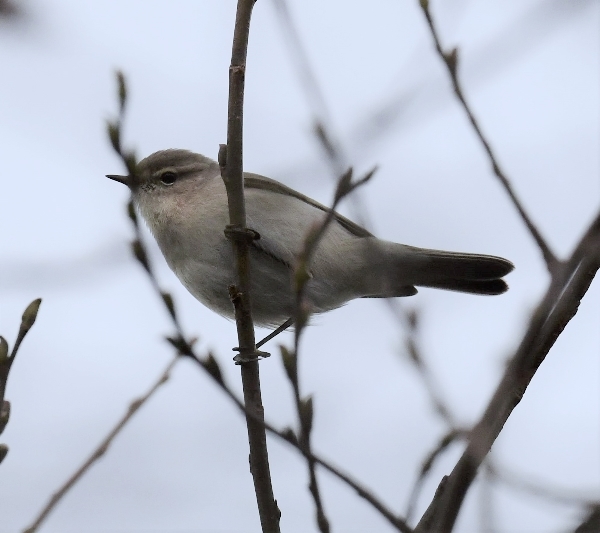 We spent over an our in the Avalon Hide enjoying the antics of up to 5 Marsh Harriers and dozens of ducks, geese and swans.  To our great delight a Great Bittern flew into the reeds at the edge of the main pool, the Bittern re-emerged from the reeds about 10 minutes later and stood in full view for a few minutes before flying off. 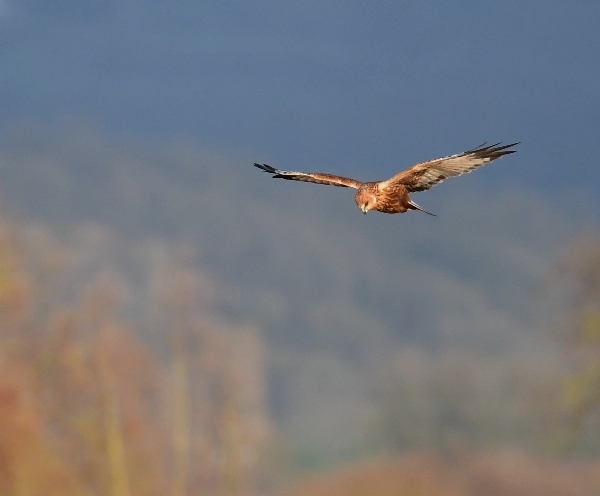 Marsh Harrier by Richard Pettett from the Avalon Hide

Just before 4pm we set off back to the main track where we intended to watch the now famous Starling murmuration. Whilst waiting for the Starlings to arrive we found a Water Pipit feeding on a raft of floating vegetation, another bonus bird for our list.

The Murmuration was a little underwhelming, a couple of hundred thousand birds turned up and displayed a little before dropping into the reedbed, we didn't get to see the fabulous sky dancing and mesmerising shape-making swirls and dives that these incredible gatherings sometimes produce. At least the rain and wind had gone away so we could enjoy what little spectacle was performed in front of us. 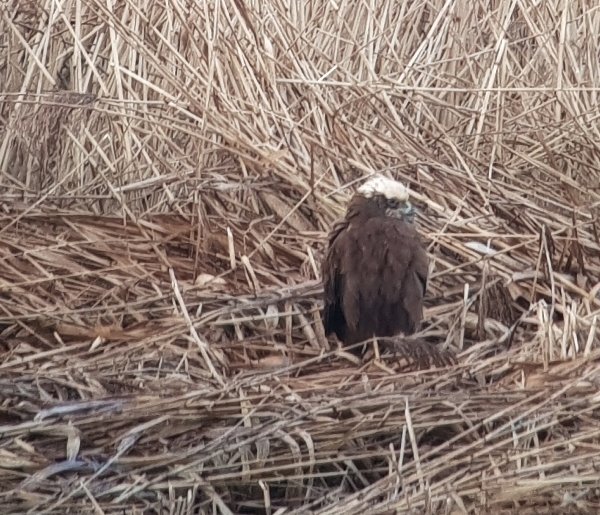 Marsh Harrier another of Richard's shots

Our bird-log revealed a total of 48 Species had been seen with two species heard only, not a bad start. Later, back at the Farmhouse we enjoyed a superb roast beef dinner followed by a delicious home-made pavlova dessert, yum, yum!