WEATHER: clear to start with some cloud and sunshine later, light breeze but cold. Temp 3-6C

Would you believe it? the rain had stopped the wind had dropped and it was time for us to go home,  Murphy's Law fully applied!!!

We had 3 ½ hours available on this last, lovely morning and we had several species to find so off we went. At 8am we walked from the Guest House to the sea-front along Weymouth’s famous promenade, it was a walk of 100 meters! We set up our scopes and scoured the bay in front of us,  we were looking for a Red-necked Grebe which had eluded us so far this week, many people were swimming in the bay, are they nuts, it was freezing out there!!!

We found several Great Crested Grebes and a group of three Great Northern Divers, one or two Razorbills flew past and both Cormorants and Shags were dotted about in the bay, but the RN Grebe was not in sight.

Before we moved on to other places, we made one more attempt at seeing the Grebe from the promenade opposite Lodmoor Reserve. As we drove down the main road a Peregrine Falcon flew over the bus!! From our new position on the promenade we found all of the previous sightings and then just before we gave up we found the elusive Red-necked Grebe, hallelujah!! After 3 or 4 attempts we had finally found this very elusive bird, now all five grebe species were on the list, shazam!!

From the dizzy height of a grassy bank near the car park we scoped the marshes on the Lodmoor Reserve, we saw Lapwing, Common Snipe, Teal, Shoveler, Mute Swan, Canada Goose and Little Egret. Andrew had walked along the west track whilst we scanned the bay and he logged Cetti’s Warbler too!

We quickly drove round to RSPB Radipole Lake to look for Bearded Reedling which had only been seen by a few of us. We walked the main track from the visitor’s centre in the Swannery Car Park, it was a little windy there, causing the reeds to sway, not good conditions for Bearded Reedling sightings. We never saw or heard one but some of the group saw a Water Rail and the usual birds were in the main lagoon.

Portland Harbour was our next venue we viewed it from three locations, the first of these was the ramp above Weymouth Sailing Club. I wanted to consolidate some of our earlier sightings so that all the group could go home happy with a number of species.

Four Black-necked Grebes came first, along with up to thirty Red-breasted Mergansers and a single Razorbill. Then searching further afield we found two Black-throated Divers in close proximity to one another, with the good light conditions these distant birds were easily identifiable. We all watched a couple of Greenfinches in the bramble behind us.

A sole Slavonian Grebe was also easy to identify in the good light, followed by a Great Northern Diver. So it was now official, we had seen all five species of grebes and all three diver species during the last four days!!

As we drove round to the southern side of the Harbour below Portland ‘Island’ we noted Bar-tailed Godwits as we past Ferrybridge. We made no further sightings in the harbour either from Billy Winters or Ham Beach but we did get much closer views of Red-breasted Merganser, Black-necked Grebes and Razorbills.

For the fourth time we drove to the car park in Chesil Cove, we were looking for a Black Redstart which had appeared to all other birders except for us!! This time however we spotted it from the bus as we approached the car park. Luckily it remained in close proximity for a while before disappearing into a private garden behind a high stone wall. Well, what a great result, our morning was going swimmingly. 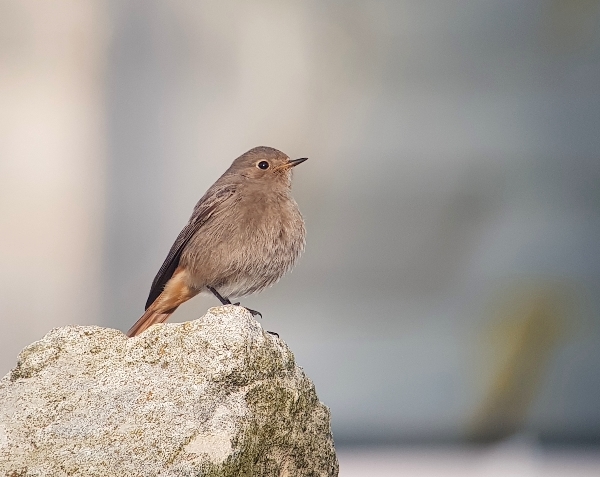 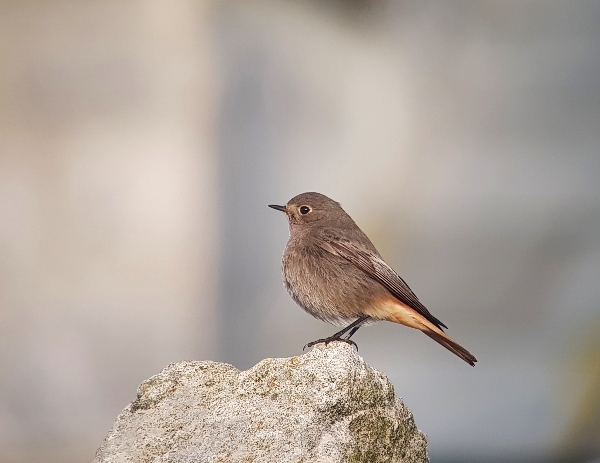 We stopped at Ferrybridge for a quick coffee, the tide was high and most of the birds had gone to roost. We did see about 50 Brent Geese, some Mediterranean and Black-headed Gulls, a group of five Skylarks and a couple of Oystercatchers.

The trip was almost over, we had to return to our guest house to collect our luggage and drive back to Stoford to conclude the tour. It was 12noon when we set off for Stoford via Dorchester. Richard and Linda left us in Weymouth, they had their own car and set off for home in Kent directly from Weymouth.

We made one stop on the way to Stoford and that was the water meadows at Charminster, we wanted to get better views of White-fronted Geese that we had seen at Silverlake but at a great distance and in poor light. The geese were present and not too far away so we all had good views of them. Also present was Lapwings, Mute Swans, lots of Wigeon, some Gadwall and Mallards, a couple of Little Egrets and lots of Rooks, Crows, Magpies and Jackdaws. 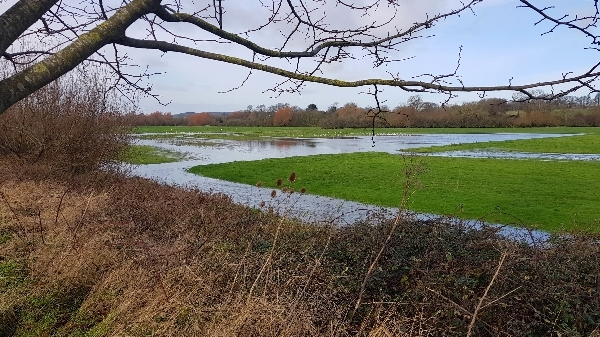 a view of the Charminster Meadows from the roadside near Dorchester 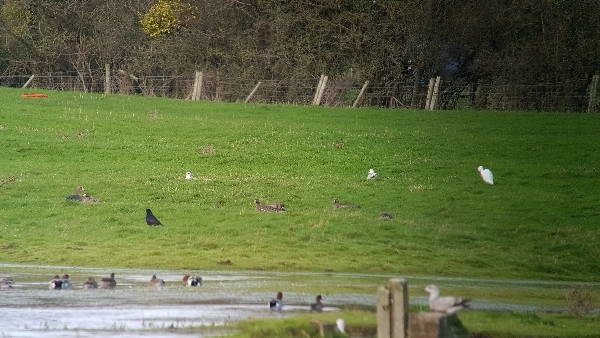 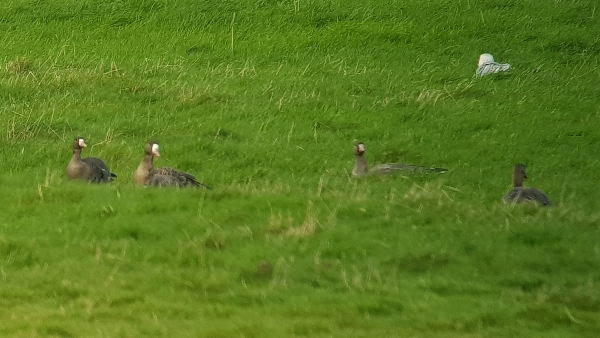 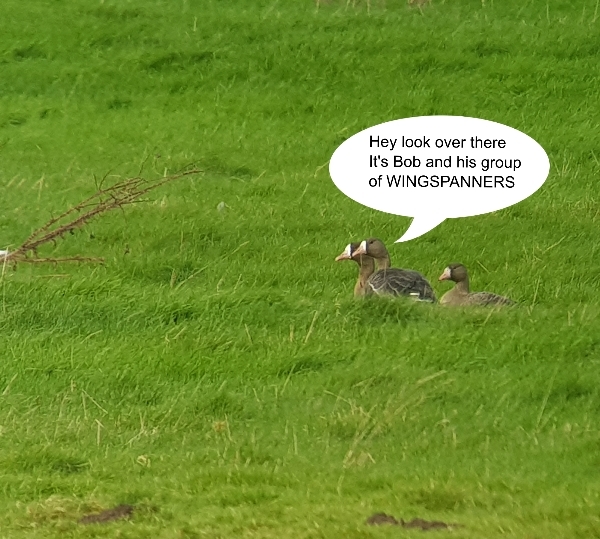 There was one last tick for the group at my home in Stoford, a group of Red-legged Partridges were sitting in the meadow viewed from my garden, I made that the 140th tick of the trip, marvellous, a great tally for our mini tours of Somerset & Dorset.

We said our goodbyes and my group set off in different directions, heading for homes in Leeds, Sheffield and Cheltenham. It had been an excellent tour and despite the inclement weather we saw some excellent species, top of the list went the group’s favourites, voted bird the of day throughout the tour; Firecrest, Hen Harrier, Dartford Warbler, Dipper, Purple Sandpiper, the Starling murmuration and the Black Redstart. Other goodies included the Lesser Scaup, Red-necked Grebe and the ‘white’ Ruff. The sea-watching experience at Portland Bill was also mentioned and the stormy weather condtions at the Cobb at Lyme Regis were unforgettable.