The group assembled at the guest house in Westhay at 12 noon, everyone had arrived on time and were raring to go. We made the short trip to Ham Wall Reserve and parked in the main car park.

We quickly listed a few species around the car park, they were mainly common woodland and garden birds but Common Chiffchaff was notable. From the main track we saw a Kingfisher on a sluice,  also Tufted Duck, Gadwall, Shoveler and Teal in pools along the way to the first viewing platform. 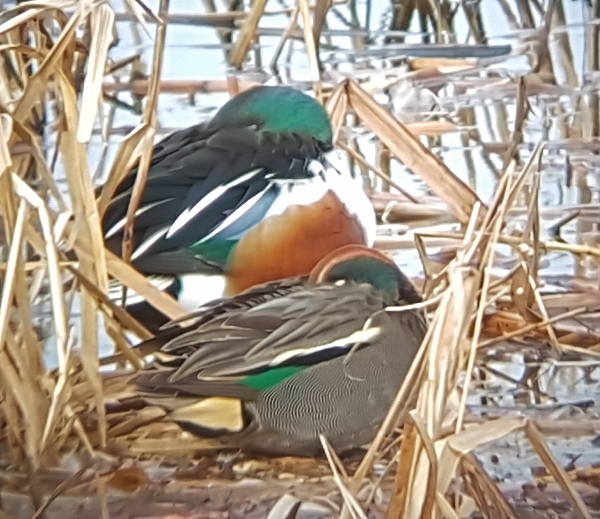 A lot more ducks were present with Lapwing, Mute Swan, Cormorant, Coot, Moorhen, Little & Great Crested Grebes and Snipe. For the next couple of hours we walked the trails of the reserve, visiting the main Avalon Hide, also viewing platform 2, Loxton’s Marsh and Tor Hide. 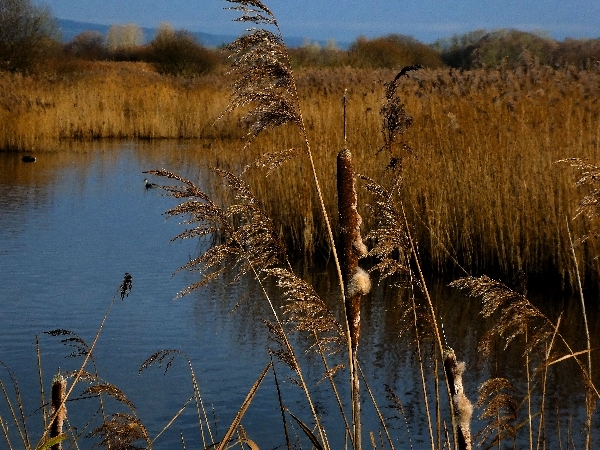 A view of Glastonbury Tor from  the Tor Hide 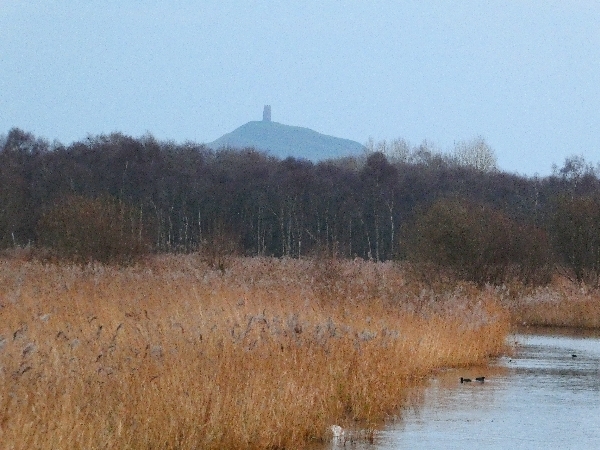 Despite searching hard we never came up with many more species, several Marsh Harriers were seen patrolling the reed-beds, a flock of Long-tailed Tits entertained us for a short while and both Water Rail and Cetti’s Warbler called without showing. No Egrets were on show at all and we never had a sniff of a Bittern. 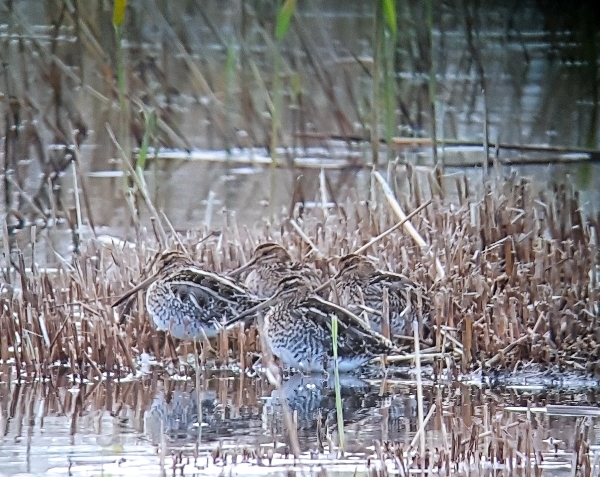 We ended our walk at the Tor Hide at around 3:30pm, the sky cleared and a glorious sunset ensued, this was just perfect for the main event to occur, THE STARLING ROOST. 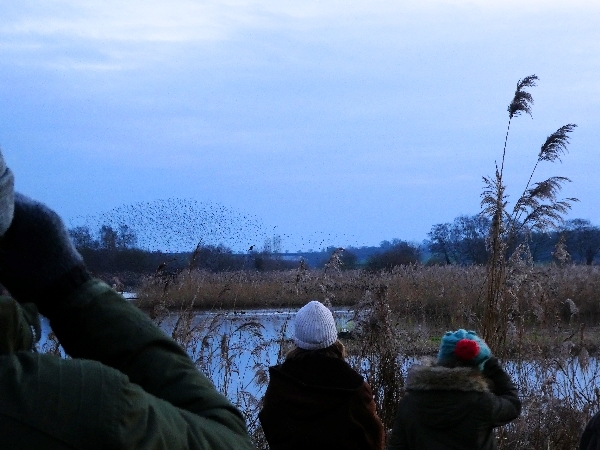 It was spectacular, around 500,000 Starlings are estimated to roost in the marshes and they began to arrive before 4pm. The number of human observers was almost the same as the number of Starlings, it was packed.

Unfortunately most of the birds headed out to Loxton’s Marsh to roost, but we had enough birds for a Murmuration (the use of this word has changed in recent times when referring to Starlings, it used to mean “the utterance of low continuous sounds”, now it refers to the aerobatic shapes and formations that the Starlings create just before dropping down to roost). 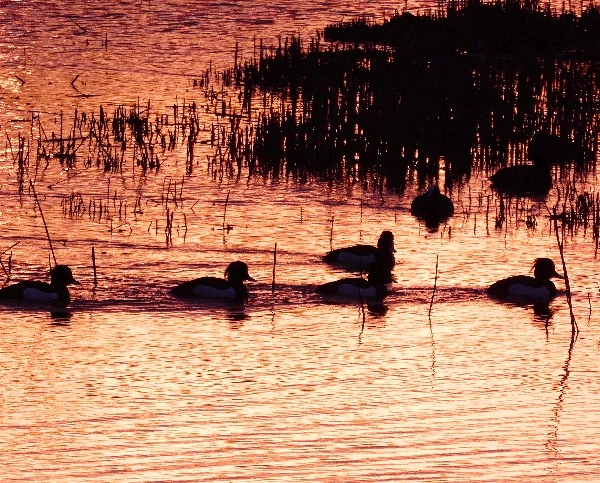 Tufted Ducks in the sunset light

Today we had some of that but it wasn’t as spectacular as I have seen in the past and it didn’t last too long. But the overall experience of seeing thousands upon thousands of birds in the sky forming vast flocks was a spectacle by itself.

The reeds and shrubs became blackened, as though burnt to a cinder, as the Starlings alighted. The reeds often became flattened under the weight of too many Starlings on each stem and the noise was overwhelming. The birds stopped arriving around 4:30pm and we began to walk back, our last birds of the day were Great White Egrets, we saw 3 of them flying over us on their way to a roost.

I made a quick pre-tour recce between 10am and 11:30am this morning and notched up a few birds for my year list these included: 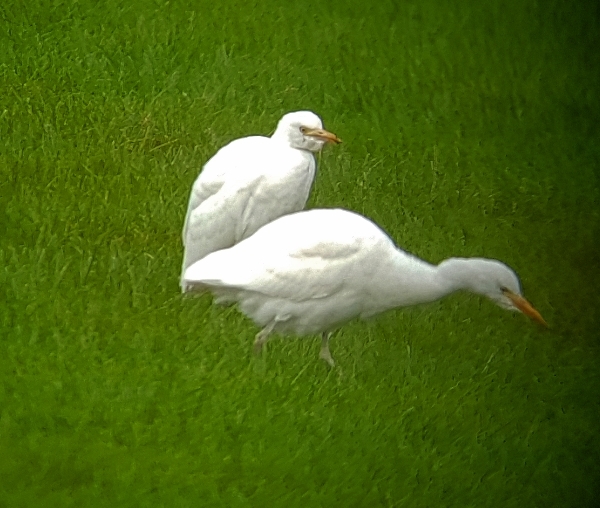 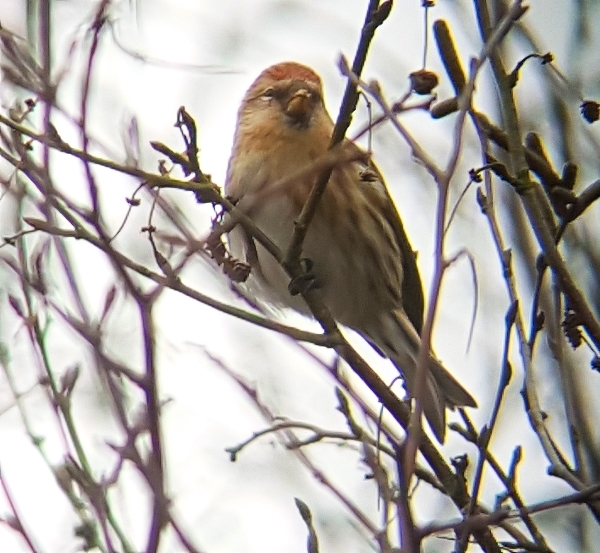 Birds new for my year list seen this afternoon: