Yes you guessed it, my first day of my first tour of 2018 started with rain and windy conditions! But it did get better. One person pulled out of the tour because of illness so it was just 3 guests that arrived at Yeovil Train Station at 11:39 this morning. I collected Barbara, Francis and Lucy and drove them straight to the churchyard in the centre of Somerton to look for Hawfinches.

Tom amd Marianne, the other two participants on the tour met us there, it had stopped raining too! The Hawfinches showed up on time and performed very well, we all got in-the-scope views of this uncommon resident/winter migrant species, a great bird to kick-start this short break tour. Other birds in the churchyard included: Jackdaw, Greenfinch, Chaffinch, Collared Dove, Wood Pigeon and some common garden birds. 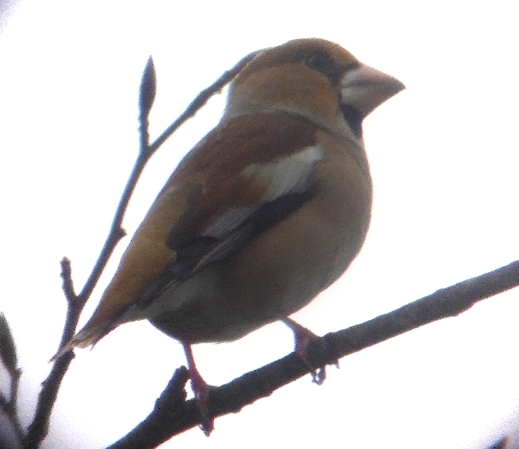 We then drove onto the Levels to our guest house where Anne, our host, prepared tea and coffee for us in the warm lounge. We ate our picnic lunch before setting off for our first birding excursion. 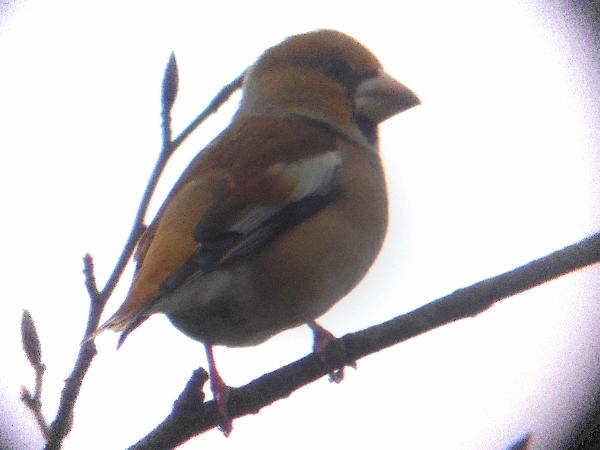 Fifteen minutes later we parked at Ham Wall and walked onto the Shapwick Heath track heading west toward Noah's lake. It was very dull even at 2:30pm so we only walked a short way along the track because we needed to get back across to Ham Wall for the starling roost at 4pm.

We spent a little time looking for a Firecrest along the 'loop' (a boardwalk that leads back to the car park). A flock of Long-tailed Tits led us to the bird, what a corker, this bright little gem flitted around at eye-level and lower down for 10 minutes or so, smashing bird!

We had a fly-over Bullfinch, some Chaffinches and a flock of Goldfinches near the car park making a full set Finches for the afternoon, how good was that?

Our walk to the viewing platform on Ham Wall was punctuated with many short stops to look at the wildfowl in the open pools on either side of the track. One very good find was of a Glossy Ibis, our third 'good' species of the day (Hawfinch and Firecrest making up the other two). The list of ducks was also satisfying, they are all looking superb in this pre-breeding season plumage, very dapper. Mallard, Shoveler, Wigeon, Teal, Pintail, Tufted Duck and Pochard made up the bulk of our sightings with Little Grebe, Cormorant, Common Snipe and Marsh Harrier. 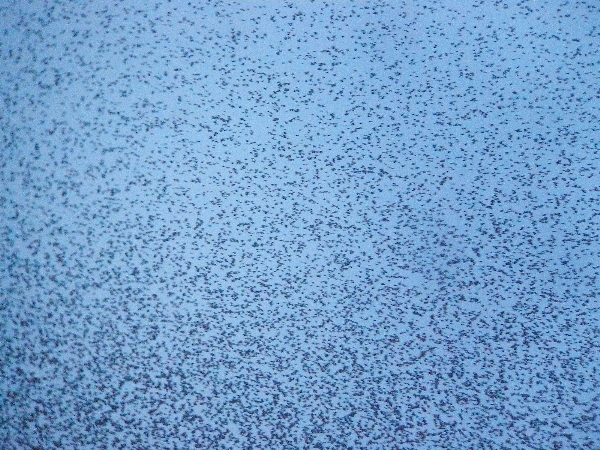 one or two Common Starlings

Our arrival at the viewing platform was timed perfectly, we arrived just as the first flocks of starlings began to turn up. From then on we had a fantastic time watching the 'murmuration', it was a full-on spectacle. It is estimated that less than 1 million are roosting but what a show, we were mesmerised by murmurations, a fantastic show.

We walked back in almost darkness hoping for a Barn Owl or a Bittern flying over but nothing spectacular happened, so we were back at our Guest House at 5:15pm giving us plenty of time to wash and change for dinner.

Fifty species were recorded this afternoon, a great start for us.