WEATHER: overcast and cold until 1pm when the sun came out to play

I dropped Dawn off at the shopping centre in Street (and yes, she did have the credit card!!!!!) I then drove the short distance across to Ham Wall RSPB nature reserve. 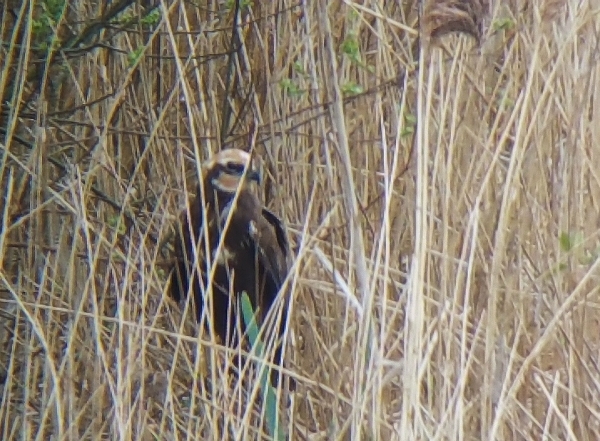 A female Marsh Harrier siiting by her nest site

The car park was packed with cars and birds, I heard both Blackcap and Chiffchaff as I got out of the car and both of these early migrants were singing all along the main track, I estimated that Chiffchaffs were evenly spaced with 100 meter territories. 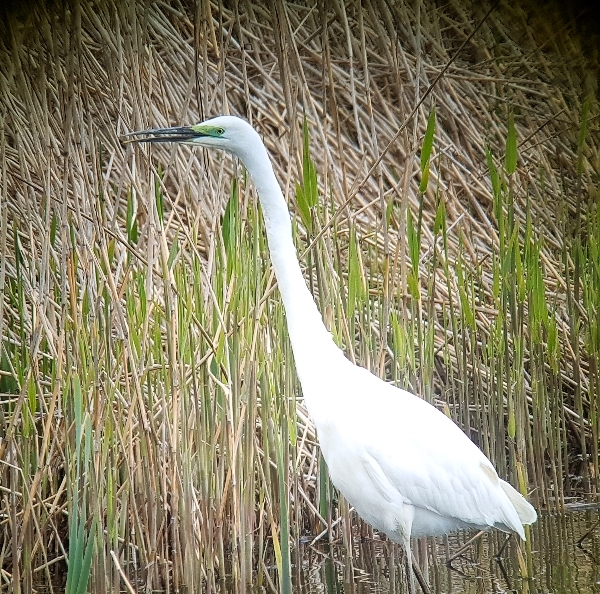 I walked to the main Viewing Platform 1 and to Tor Hide before walking further along the main track to Viewing Platform 2. From there I found my way to the Avalon Hide, I was hoping for a sighting of both Garganey and Great Bittern, I got neither. 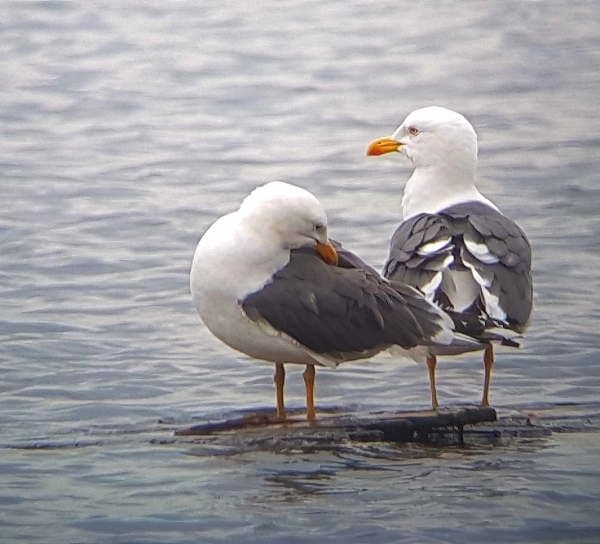 whatever your opinion of gulls, you can't deny the beauty of an adult Lesser Black-backed Gull

There was plenty of other birds to see, lots of wintering ducks still remained, Shoveler, Teal, Wigeon, Common Pochard and many Tufted Ducks, Gadwall and Mallard. A few Little Egrets and a couple of Great Egrets fed in the Marshes and Marsh Harriers seem to have formed at least 4 pairs in the area of the main track and hides. 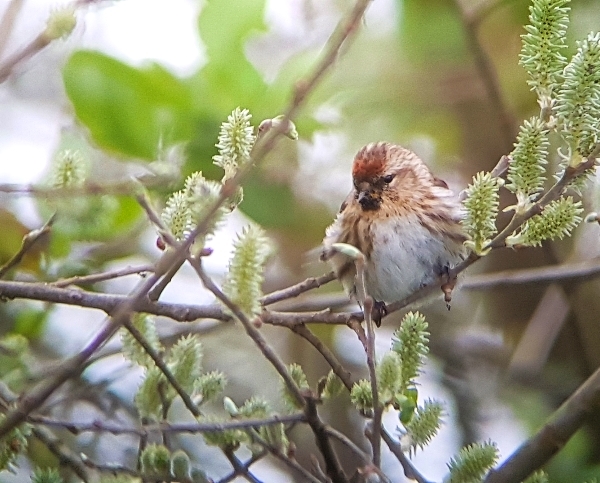 Lesser Redpoll, a bird I missed in Norfolk last week

One of my best sightings was that of the a pair of Lesser Redpolls, they landed in a shrub at eye-level and sat waiting for me to get set up for a picture, how nice of them.

From the Avalon hide I heard two Bitterns booming but never had a glimpse of one. It wasn't until I started walking back to the car park that I started to warm up, the wind had dropped and the sun came out. Many birds started singing, I heard Cetti's Warbler, Reed Bunting and many more Blackcaps and Chiffchaffs.

It was 2pm when I returned to the shopping centre to collect Dawn, she had a smile on her face, I guess you can call me Bobby-thin-wallet from now on!!