So for the morning we visited Westhay Moor and walked along London Drove to the lakes from the Mudgley Ridge at the northern end of London Drove. This area is always a good place to look for Cattle Egrets and sure enough we found 22 of them spread over one of the fields, they would not allow close approach so our pictures were always distant ones. A single Little Egret could be seen in the same field and a couple of Herring Gulls sat in the grass. 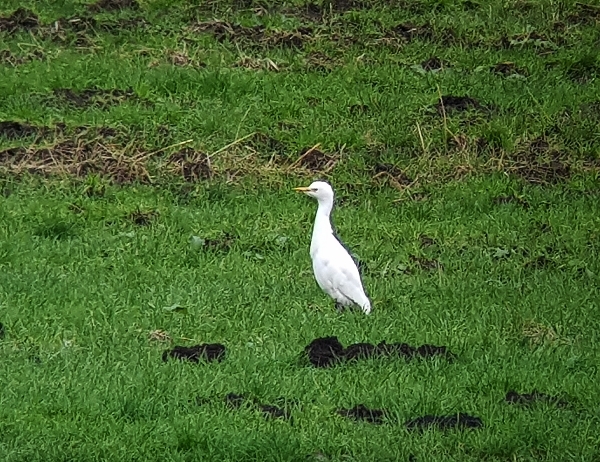 Cattle Egret - one of twenty two seen on Mudgley Ridge 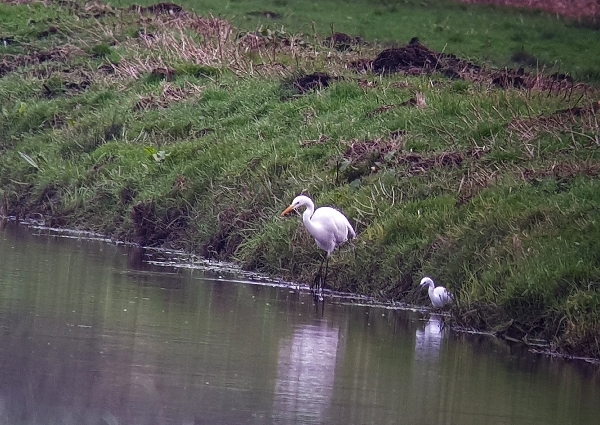 After taking our fill of the Egrets we began to walk southward along the London Drove, a Song Thrush was singing from the woodland on our left and a Robin sang beside the track. We saw Wren, Long-tailed Tits, Blue Tit and Chaffinch before a large flock of Goldfinches landed in a nearby Alder tree. Scanning through the Goldfinch flock produced a sighting of a single Lesser Redpoll, a lovely little bird but there was just the one! 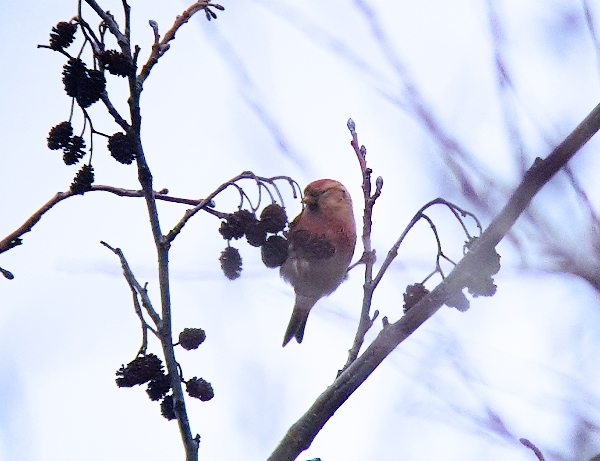 More sightings came as we made our way towards the large pools and 30 Acre Lake, we saw two Great Egrets, Common Buzzard, Marsh Harrier, Meadow Pipit and Common Stonechat. More Long-tailed Tits appeared as we approached the first of the lakes. On the water there were many Mute Swans, Mallards, a few Eurasian Teal and around the edge we saw Little Grebe, Grey Heron and yet another Great Egret. 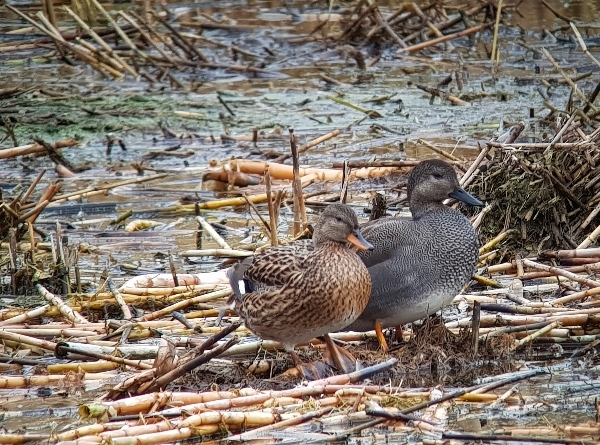 a lovely pair of Gadwall

More sightings were made on 30 Acre Lake, a pair of beautiful Goosanders graced us with their presence, we saw Canada Goose, Northern Shoveler, Gadwall, Great Crested Grebe and lots more Mute Swans. A Cetti’s Warbler sang several times but did not show and a Water Rail ‘squealed’ once from the reedbed, but as expected, it did not show itself.

We sat in the North Hide for a while where we saw Common Kingfisher, Marsh Harrier, about 10 pairs of Gadwall, flocks of Eurasian Teal and a lovely pair of Great Crested Grebes, they were just breaking into their colourful spring breeding plumage.

On the way back to the bus we bumped into the same Goldfinch flock which still held a single Lesser Redpoll and we saw more Long-tailed Tits, more Meadow Pipits and we watched the Cattle Egrets for a second helping of birding joy.

I collected 14 members of the Cambridge U3A group at 2pm, three of them were with me at the guest house and the other 11 were staying at a hotel in Meare about 2 kilometers away. Once on board we set off for the short trip to Ham Wall, it was cloudy and chilly but the air was perfectly still, I was hopeful for a good display by the Starlings.

It took a while to reach Viewing Platform No. 1 where we were to stand watch the Starling Roost because we saw quite a few species along the way and one or two of the group we slow walkers. We saw Blue, Great & long-tailed Tits, Goldcrest, Robin, Dunnock from the main track and from a small hump-backed bridge we saw 70+ Cattle Egrets in a very distant field.

Great Egret taken from the track to the Tor Hide

From the track to the Tor Hide we saw both Great and Little Egrets, Grey Heron, Great Cormorant and several small flocks of Starlings, they had begun to gather for the roost. We quickly got back to the viewing platform in readiness for the ‘display’.

The Starlings begin to gather

Over the next 30 minutes we were enthralled and mesmerised by the ‘Starling Show’ what a finale to the afternoon’s bird-watching. Over ½ million birds descended into a small area of the reedbed not 50 meters from us, the numbers were staggering and although we never got a full-on aerial display it was still most enjoyable. All of the group said that it was a wonderful experience and they enjoyed every minute!! 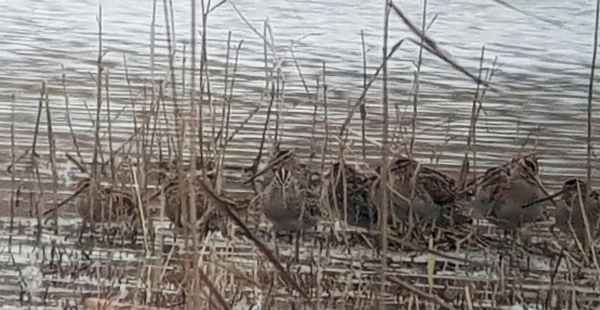 We left the car park around 5pm and drove back to the hotel, dinner was taken at 7pm and that concluded day 1 of Tour 2.