WEATHER:  dull and overcast all day, a cold breeze but dry. Temp 7C

The tour started at midday at the guest house near Westhay on the Somerset Levels, our main aim on this first day was to see the Starling Roost at Ham Wall. Around our guest house we saw a couple of hundred Common Starlings, Great Spotted Woodpecker, Collared Dove and Jackdaw.

For the rest of the afternoon we visited RSPB Ham Wall NNR, we walked the main  track and visited both viewing platforms and both the Tor Hide and the Avalon Hides. In the car park we saw Blue and Great Tits, Common Chaffinch, European Robin and Carrion Crow.

A typical view from the mian track at Ham Wall

As we walked along the main track we had good views of several pools and vast stretches of the reedbeds. We saw all the common duck species: Mallard, Eurasian Teal, Eurasian Wigeon, Northern Shoveler, Common Pochard, Tufted Duck and Gadwall. Little Grebes were calling from the pools and Canada Geese honked in the distance. 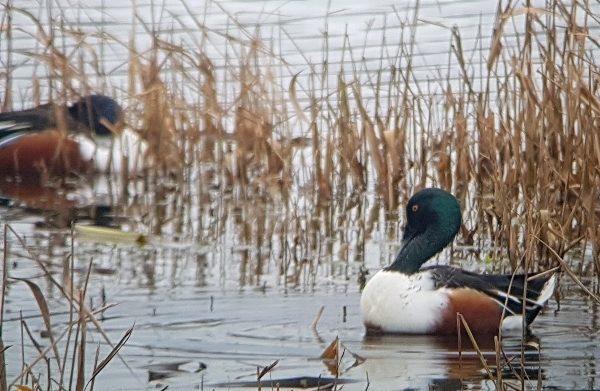 A Northern Shoveler pretending to be a Swan!

A Cetti’s Warbler showed very well for a short spell and as we sat in the Tor Hide we watched Great Egret (3), Grey Heron, Little Egret and our first Marsh Harrier quartered the reedbeds.  The most exciting sightings happened as we walked from the viewing platform No.1 to the Avalon.

Mike spotted a tiny bird moving low down in a bramble bush, we both suspected that it was a Goldcrest but as it showed itself fully we saw it was in fact a YELLOW BROWED WARBLER. How fantastic was that? We watched this bird for quite a while then it disappeared. Whilst searching for it we also found Goldcrest, Long-tailed Tit, Wren and Blue Tit. 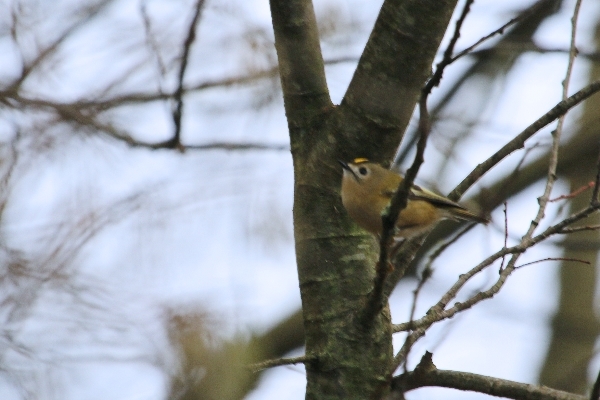 The Yellow-browed Warbler reappeared and we wathced it for a much longer period, we showed it to several other birders before moving off with a spring in our step. The visit to the Avalon Hide was a little underwhelming after the Warbler sighting, we added Canada Goose and had great views of more Marsh Harriers but no new or significant sightings were made.

As we walked to the Viewing Platform No.2 we added Greylag Goose, Eurasian Sparrowhawk, Great Spotted Woodpecker and Goldfinch to the list. It was 3:30pm when we arrived at the viewing platform in readiness for the ‘Starling Extravaganza’. At 4pm the birds began to gather, small and large flocks came from all directions, then the huge mass started to move as one body. For 10 minutes the mass moved backwards and forwards across our field of view giving some spectacular aerial displays, the crowd were cooing in delight. Then in a matter of seconds the whole mass of birds dropped into reeds and disappeared from view! 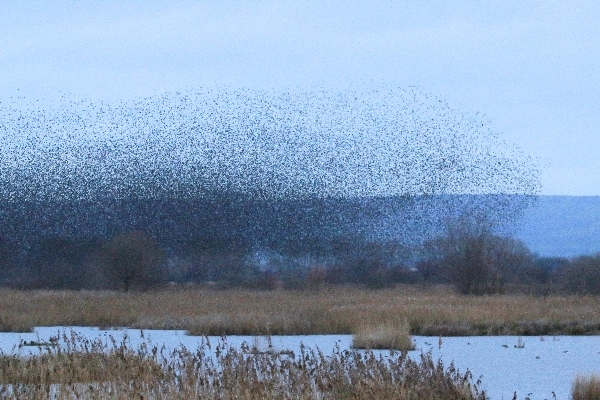 It was a great way to finish off our first day of the tour, in those few hours we saw over 40 species, the Yellow-browed Warbler was our bird of the day with Common Starling coming a close second.