WEATHER: dull, wet and windy to start, much better later with clear sky and sunshine from 2pm. Temp 4- 8C

We left the guest house at 8am, it was raining and quite windy but we could see brighter sky in the distance so we were hopeful. We headed for Chew Valley via Cheddar Gorge and Stock hill Pine Woodlands where we stopped at both places for very short visits because of the rain. At Cheddar we added Grey Wagtail to our list and that was all we saw! It wasn’t much better at Stock Hill Woods, we made a circular walk in the rain and found a single Mistle Thrush and back at the car a pair of Bullfinches fed in a tree near the car.

Our first of two visits to Chew Valley Lake was made next, first we stopped at the Stratford Hide and had reasonable success there. From the car park we saw our first Redwings of the trip and a great spotted Woodpecker. A tray of grit has been placed near the hide to attract Bearded Tits, four of them have been regular visitors recently, so again, we were hopeful. 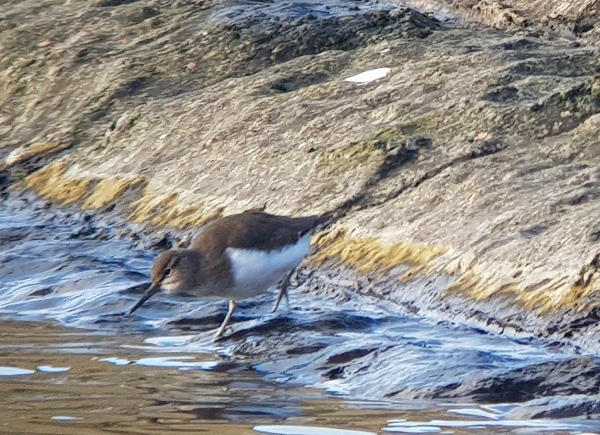 Common Sandpiper seen at the 'Tanks' at Barrow Gerney

Scanning from the hide we saw many common species of ducks and grebes but not the Black-necked Grebe that had been a regular sighting until today. We added Goldeneye, Common Shelduck, Great Crested Grebe and after some waiting Mike found two of the Bearded Tits. A Cetti’s Warbler called several times but did not show, the same went for a Water Rail.

We made a short walk from the car park and tried to track down a Green Woodpecker that was calling but it never showed. Nigel saw a Jay and I saw a Song Thrush, both new for the list.

At heron’s Green Bay we stopped and scanned both sides of the road for new sightings, we found  3 Goosander, 4 Great Egrets, Little Egret, Goldeneye, Common Kestrel, Grey and Pied Wagtails, great Black-backed, lesser Black-backed and Common Gulls, all new for the trip. 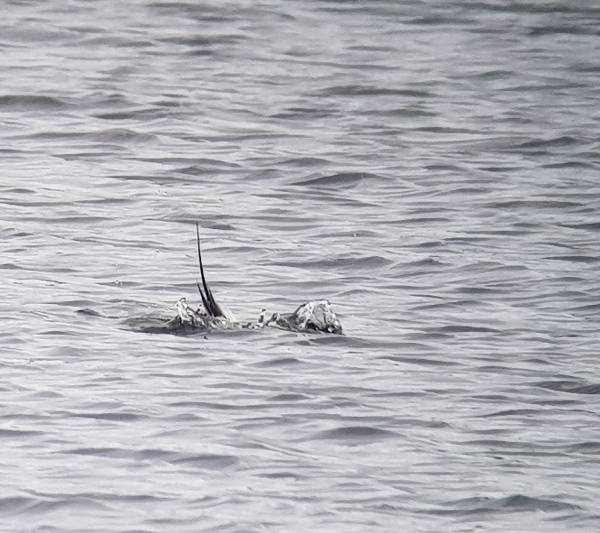 The large Reservoir ‘Tanks’ at Barrow Gurney have held both Black-throated and Great Northern Divers, as well as a single male Long-tailed Duck for several weeks, so that is what we went to see next.  We found both divers very quickly, they were distant but the light was good and only a very light breeze blew across the water. We found Common Sandpiper, Meadow Pipit and Grey Wagtail as well as a number of ducks and grebes. Three Yellow-legged Gulls sat out on the water, another excellent sighting for the trip.

The Long-tailed Duck took a little more finding as it had moved from Tank No.2 to Tank No 3 and even then it was spending a lot of time submerged. We all got to see it well, nothing else was added to the list from Tank No.3 so we set off back to Chew Valley to continue our visit. 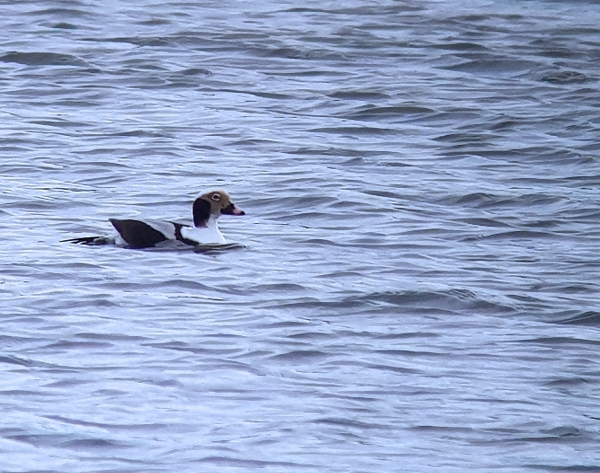 We took a break at the visitor’s centre at Chew for coffee and cakes before scanning the area of the lake near the dam. We found another Common Sandpiper, a few Goldeneye and our first Greater Scaup. From there we drove round to Herriot’s Bridge to view two bodies of water on either side of the road. There we saw our first Northern Pintails as well as a host of Common Shelduck and many other ducks, geese and swans. 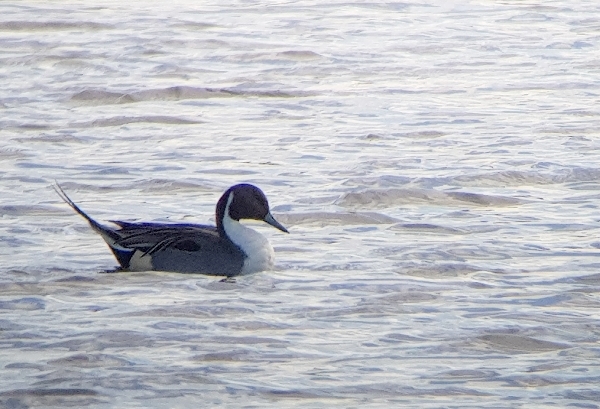 As the weather had improved dramatically we decided to drive back to Ham Wall to watch the Starling Roost hoping for an entertaining ‘murmuration’ with a clear sky. We stopped off on the way back at Tealham Moor to look for Cattle Egrets without success, we did see Fieldfares and Redwings in a field and some very large flocks of Northern Lapwings. We found Great and Little Egrets, dozens of Mute Swans but not much else.

The crowd gathering for the Starling spectacular!

At Ham Wall we parked in the Shapwick Heath car park because Ham Wall car park was full, the weather does bring out the Starling Watchers in their hundreds. A short way along the track towards Shapwick Heath we found a Firecrest, what a beauty and boy did it show well, none of us had a camera with us!

The Starlings performed well but not as good as yesterday, they gathered once again over the reeds near Viewing Platform No. 2 then for some reason they decided not to roost there and disappeared into the reeds right next to Viewing Platform No. 1 which was a good 500 meters away behind a row of trees. We quickly walked back and caught the tail end of the display along with 2-300 other people. It was a shame but what we did see was magical in the orange sky of the setting sun.

Before we returned to our guesthouse we drove through the village of Burtle to view the fields near RSPB Catcott Low just in case a Barn Owl was hunting. We did hear a Tawny Owl which appeared to quite close but we never saw it and neither did we see a Barn owl. So ended our second day, we saw just under 70 species today with about 20 new species for the trip list, more to come tomorrow.