WEATHER: showers, some sunshine, cloudy most of the day. Temp 9C

We had another great day on this Somerset Levels tour but we spent most of the day at Steart Marshes on the coast near Bridgewater. We started at 8am and made our way to Greylake which took about 20 minutes. We knew in advance that the hides were out of bounds because of flooding but the car park provided a place from which to scan the surrounding fields.

We quickly noted Great and Little Egrets, Common Buzzard, Marsh Harrier, hundreds of Lapwings and to our great delight hundreds of Golden Plover too! The bird feeder in the car also produced a number of common species.

From Greylake we drove to the Burrow Mump:

Burrow Mump is a hill and historic site overlooking SouthLake Moor in the village of Burrowbridge. It is a scheduled monument,  with the ruined church on top of the hill a Grade II Listed Building.

In the car park at the Mump we found Blackcap, Chiffchaff, Goldcrest, Bullfinch, Goldfinch, Chaffinch, Linnet and Blue Tit, we also noted Song Thrush, Blackbird, Redwing & Fieldfare on the grassy slopes of the Mump.

Looking across Aller Moor from Staith

For the next hour we drove across to Aller Moor and spent time scanning the very wet moor for Common Cranes without luck, we all agreed that it was too wet out there for Cranes. We did find a lot of birds, mainly common ducks, egrets, Grey Herons, Lapwings and Golden Plover.

We drove up onto the ridge of woodland that extends from Langport to the Blackdown Hill and where RSPB Swell Woods can be found nestled in a section of ancient woodland of oak, ask and hazel. At this time of the year the car park is full of birds feeding on the ample supple of sunflower hearts provided by the RSPB. 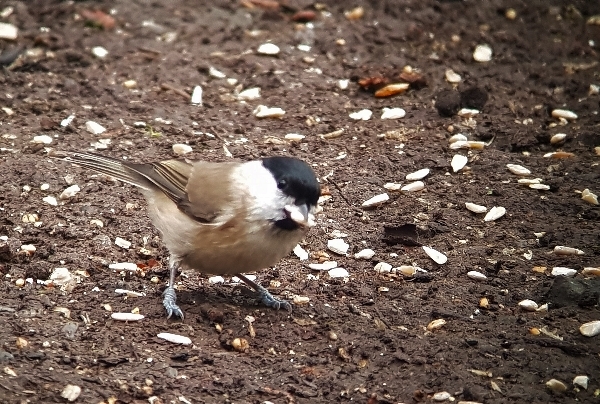 We had four target species and we bagged all four of them within 10 minutes! Eurasian Nuthatch, Coal Tit and Marsh Tit all came down to the feeders. The fourth bird was the Eurasian Treecreeper and it took a little while to locate one, we also found Great Spotted Woodpecker and several common woodland species.

From Swell Woods we drove to WWT Steart Marshes near Bridgewater, it was quite chilly out there and it rained a couple of times. We made for the Mendip Hide first, this hide overlooks a superb flooded marsh which was packed with birds. We added the following to our trip list: Eurasian Curlew, Common Redshank, Dunlin and Merlin which was found by Mike. The Merlin was just finishing breakfast but it sat on a post too far away for photographs. We failed to see Eurasian Spoonbill and Spotted Redshank which had been seen recently from the hide. 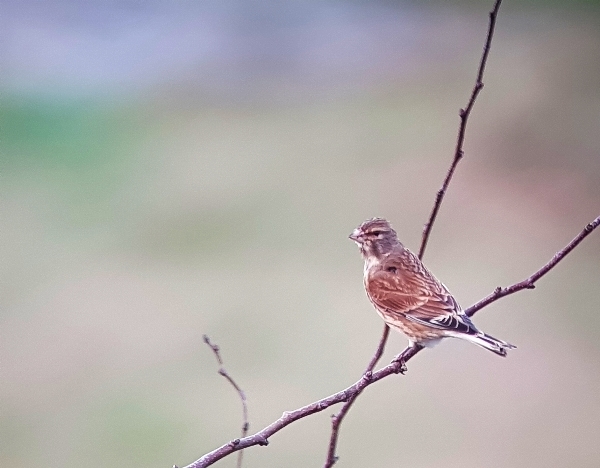 From the Polden Hide we searched for the star bird of the day – a RICHARD’S PIPIT – this bird had been found just yesterday and we soon realised that there was a mini-twitch on. The bird was soon relocated and we all got great views of it in the scope, a superb bird for our list. Back the car park we watched a Peregrine dash across the marsh and sent the whole population of Plovers into a panic, hundreds of birds took to the air, it was quite spectacle. 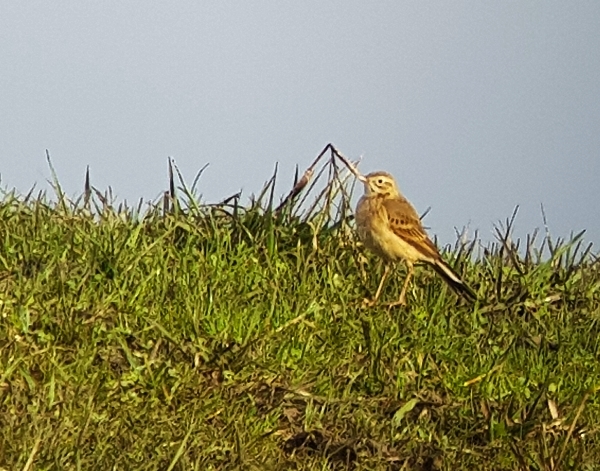 3 record shots of the RICHARD'S PIPIT 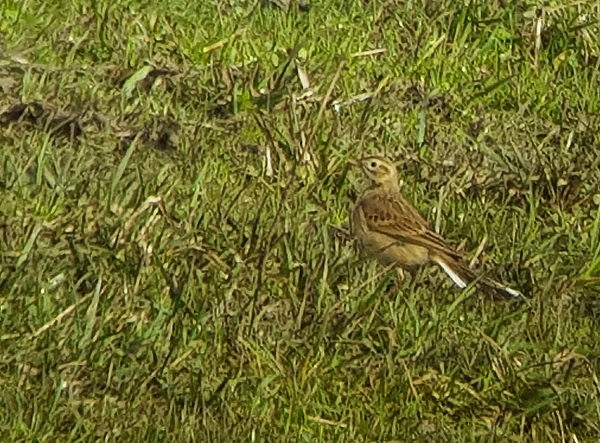 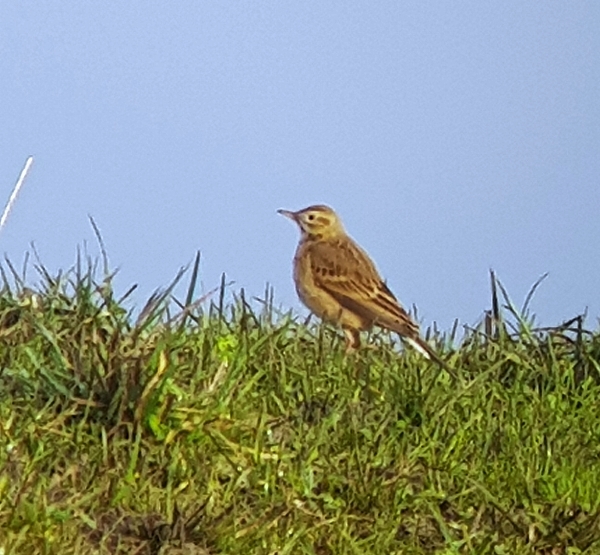 For the afternoon we drove to the Bridgewater Bay Nature Reserve and walked out to the Tower Hide’. We found a flock of Stock Doves near the car park with Common Kestrel, Common Buzzard and a few Common Pheasants nearby. 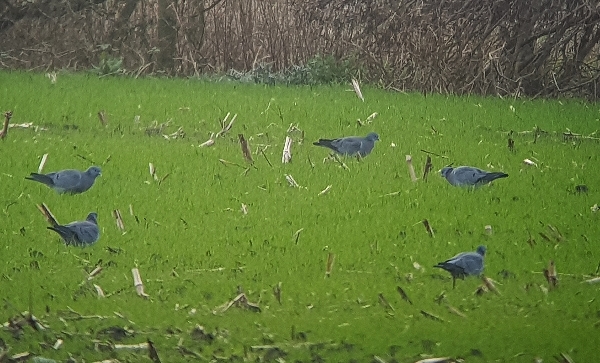 5 of the 13 Stock Doves we saw at Steart

From the Tower Hide we scanned the mouth of the river Parrott and the coastline around Bridgewater Bay, the tide was receding and the birds began to move further away from the shore. Over the next hour we added a few waders to our list, namely: Pied Avocet, Eurasian Oystercatcher, Grey Plover, Ringed Plover and Ruddy Turnstone.

It was dusk as we left the tower hide for the walk back to the car, we left it late hoping for a sighting of a Short-eared Owl, but none had been seen recently and we never changed that.

We drove home in the dark seeing Eurasian Sparrowhawk as we drove past Steart, it had been another great day with a reasonable list of species to add to our list. We have 95 species in  total, we hope to top the 100 during our last morning tomorrow.