TRANSFER FROM EXTREMADURA TO COTO DOÑANA WITH STOPS AT MÉRIDA, EMBALSE ALANGE AND ALAMILLO PARK IN CENTRAL SEVILLA

WEATHER: dull and overcast with mist and drizzling rain until we reached Sevilla where we had bright sunshine and 20C. Light breeze.

I set the group a target of 30 species whilst we were driving down for a bit of fun, they cracked it easily even though most of them were sleeping some of the way! Our first was in the famous town of Mérida, we parked near the Roman Bridge over the Rio Guadiana and walked along the river bank and then up onto the bridge itself. 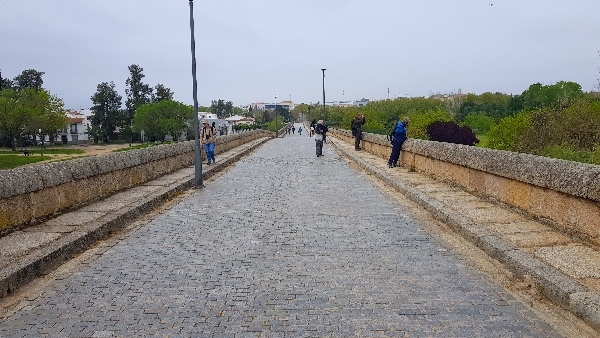 the longest Roman Bridge still in existence in the world! Mérida,

In the reeds we found Moorhen, Coot and Purple Swamphen (with a chick), Night Herons sat in the bushes, Eurasian Spoonbills, White Storks, Little Egrets and Grey Herons made up the list. The Alpine Swifts came incredibly close and dove beneath the bridge below us. An immature Yellow-legged Gull was our first of the trip. 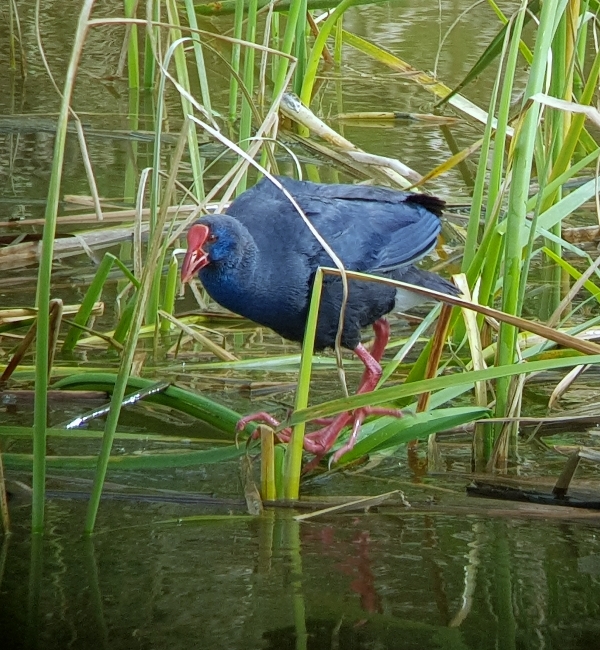 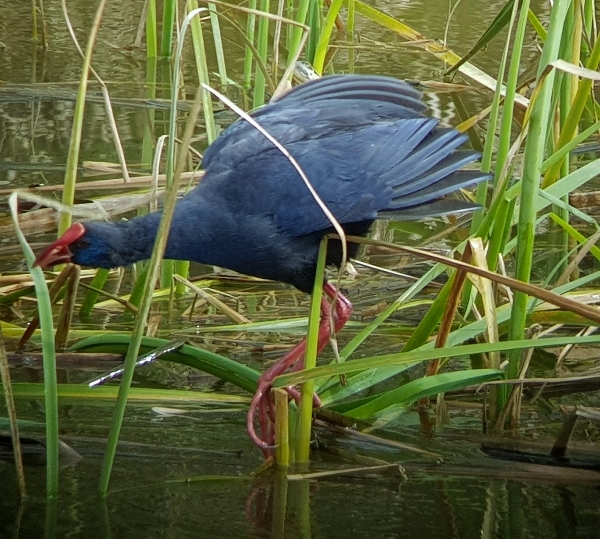 From there we drove the short distance to the dam at Embalse Alange, but first we made a quick stop to look at some Orchids along the roadside. We saw Giant and Champagne Orchids, the former were almost over but the intense blue colour of the Champagne Orchid was beautiful.

From the car park at the dam we had views of the huge reservoir, a towering cliff-face and the overflow (a couple of hundred feet below us) trickled into a marshy reedbed). On the main body of water we saw Egyptian Goose lots of Great Crested Grebes and a few Gull-billed Terns. 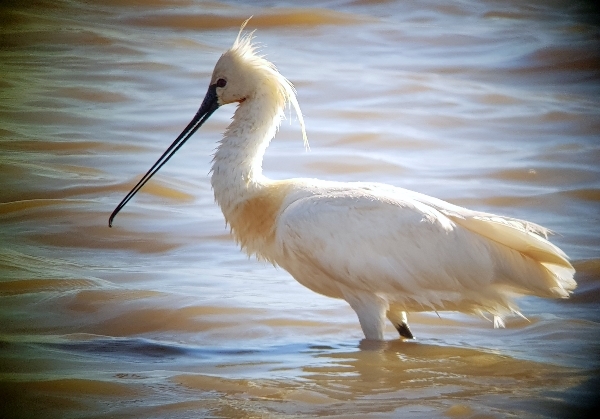 On the rock face we saw Rock Bunting, Griffon Vultures, Blue Rock Thrush and a few human climbers. In the scrub there was many Greenfinches, Serins, House Sparrows and a few Sardinian Warblers. Looking down into the reedbeds from on top of the dam we watched Purple Herons, Black Kites and Marsh Harriers, Common Kingfisher, Little Egret, Eurasian Spoonbill, Grey Heron, Mallards and we could hear Common Nightingale and Cetti’s Warbler.

We took lunch at the lovely restaurant below the dam before setting off on our two hour journey to Sevilla, we arrived around 3pm in the park at Alamillo. It was jam packed with people, thousands of them, the car park was almost full and music rang out from all directions. Not conducive for a good birding walk me thinks! Nevertheless we still trundled past the many family groups having a great time in the afternoon sunshine.

We walked directly to the ‘Nature Reserve’ section of the park where the hide was occupied by 20 or more very loud and a little tipsy, teenagers. So we abandoned the hide and walked around the edge of the pool looking through the reeds to view the open water. We saw Purple Swamphen, Moorhen and heard a Reed Warbler singing, encouraging. Then we found our target birds, Red-knobbed Coot and Ferruginous Duck, both introduced species and both were coming to bred. But it was educational for the group to see these species at close quarters. A Little Bittern flew across the pool and disappeared into the reeds. 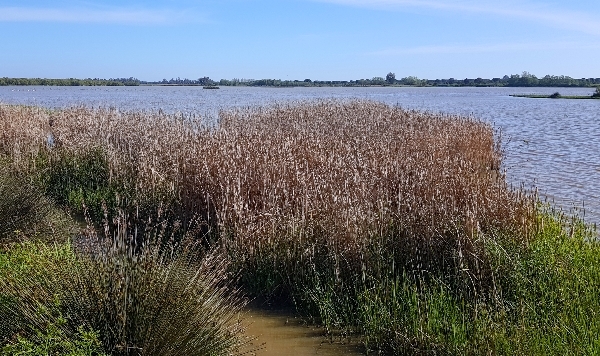 Walking back to the car we added Ring-necked Parakeet, Glossy Ibis, Cormorant and Black Kite to our observations. We got out of town as fast as we could and soon we were on open highway heading for El Rocio.

A coffee stop just before 5pm was our last stop we drove directly to our hotel in the centre of the town. El Rocio is quite unique, the roads are of sand not tarmac, there is a quiet demeanour about the town which is lovely.

After checking Inn and getting getting our scopes ready we set off on foot for a quick glance at the lake (Laguna Madre de Marismas) behind our hotel. Well our eyes were treated to a magnificent vista of water and birds! Hundreds of Greater Flamingos were grouped all over the lake, with countless other birds it was amazing.

Eurasian Spoonbills were in good numbers as were ducks and Black-winged stilts. We added Common and Red-crested Pochard to the trip list as well as Greylag Goose, Common Sandpiper, Squacco Heron and the number of Whiskered Terns was impressive.

We picked out a Black Tern feeding with the hundreds of Whiskered, then we saw a huge flock of 2-3 hundred Collared Pratincoles, wow, that was amazing! They circled over the water before settling down on a grassy island about 1 kilometer away from us. 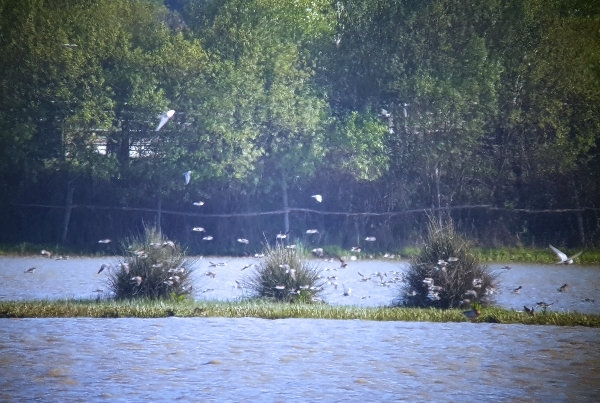 Both Reed and Savi’s Warblers called from the reeds which had been greatly reduced due to cutting! Glossy Ibis, Cattle and Little Egrets, Grey and Purple Herons joined Black Kites, Griffon Vutlures and a Booted Eagle in the sky above whilst hoards of Barn Swallows, House and Sand Martins hawked low over the water. It really was a fascinating and enjoyable experience but our hour was soon up, we walked back to hotel and got ready for dinner which was taken on the terrace.

It was an enjoyable meal after a mix-up with the starters and it was nice to sit outside even though it got a little chilly as the sun went down.