What a fabulous day, the weather was superb the birding sublime and the light exquisite, what more can you ask for?

Immediately after breakfast we walked around the promenade along the Laguna madre de marismas, the morning light lit up the area and the Greater Flamingos stood out like pink christmas-tree lights. The whole laguna was dotted with birds of all shapes and sizes, their numbers were simply staggering.

Even though the reeds have been cut right back we still saw several birds in them, such as, Reed and Sedge Warblers, Purple Swamphen and two Little Bitterns chased one another around, the best sighting was made by Vanessa! She called out Penduline Tit and sure enough a pair of them was visiting the seed-heads of the reedmace, not for food but for nesting material which they carried off by the beak load. 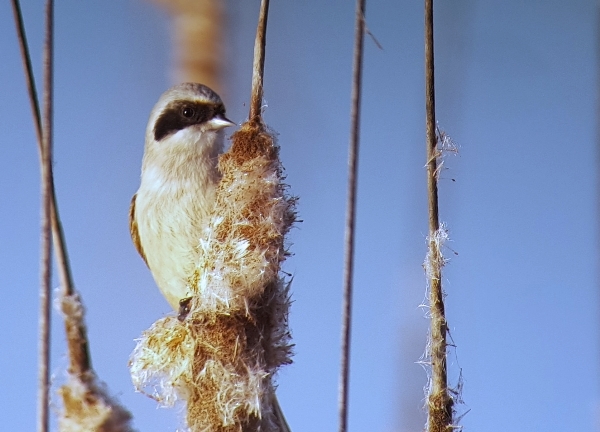 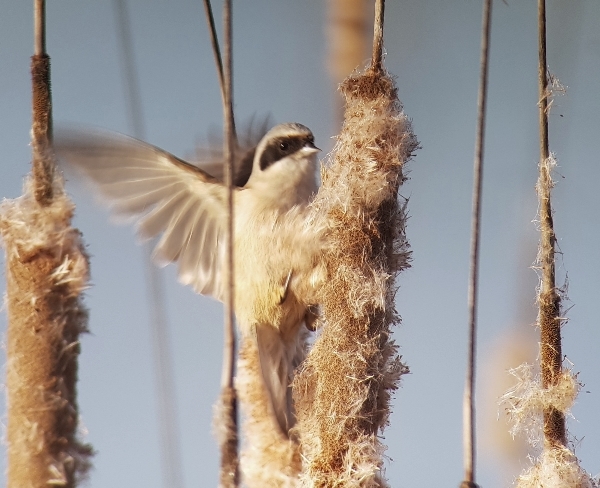 The terns, herons, spoonbills, ibis, egrets, ducks, geese and coots were out there in large numbers, the water was flat calm and the quality of the light allowed you see birds a kilometer away, it really was amazing.

We dragged ourselves away and headed for the Reserve of La Rocina which is just stone’s throw away from the Laguna. The pools and main stream that supplies the Laguna de marismas was full of water and birds. A boardwalk over 3kms long snakes it’s way through Umbrella Pine Woodland, mixed scrub, Cork Oak and reed-beds, you eventually reach a heathland area. 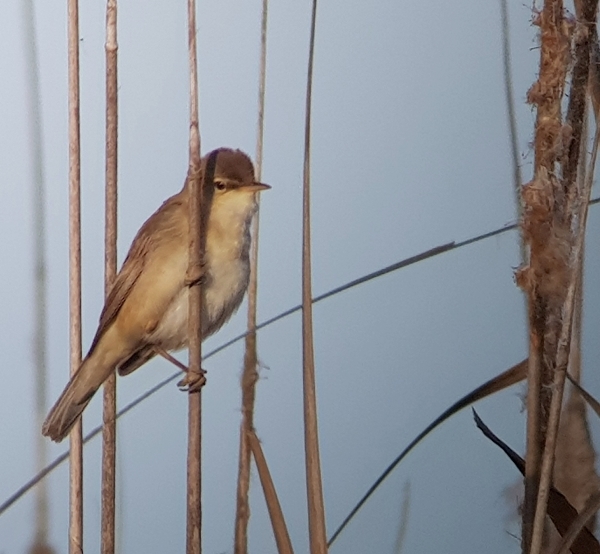 Our time spent there was so rewarding we enjoyed every minute of it, bird song rang out from every direction and from the hides we enjoyed some great birding. We picked up lots Tree Sparrows as we moved from hide to hide, we also heard two or three Savi’s Warblers reeling, it was Vanessa once again who found one sitting on top of a bush. 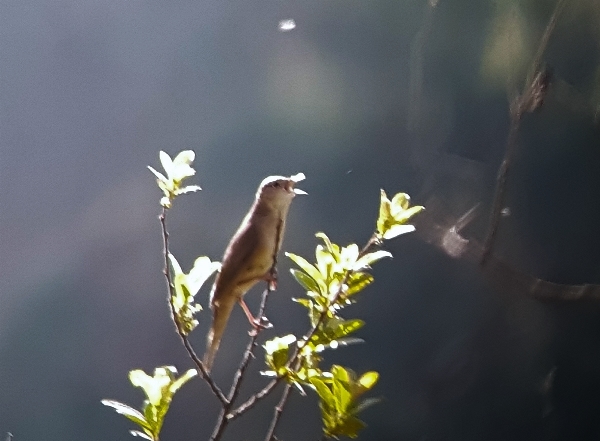 Savi's Warbler, it was distant, hence the poor quality of the shot

As we approached the heathland area we heard a Subalpine Warbler singing and had brief views of a pair of them, the number of Common Nightingales singing was outrageous, hundreds of them, they even drowned out the Cetti’s Warblers!

On the way back to the car park we bumped into a male Orphean Warbler which gave exceptionally good views, we stood and watched it for a good while until a family of Spanish grockles came along and flushed it. Bee-eaters were a constant background noise we saw a large group fly over us just before we made it back to the bus. 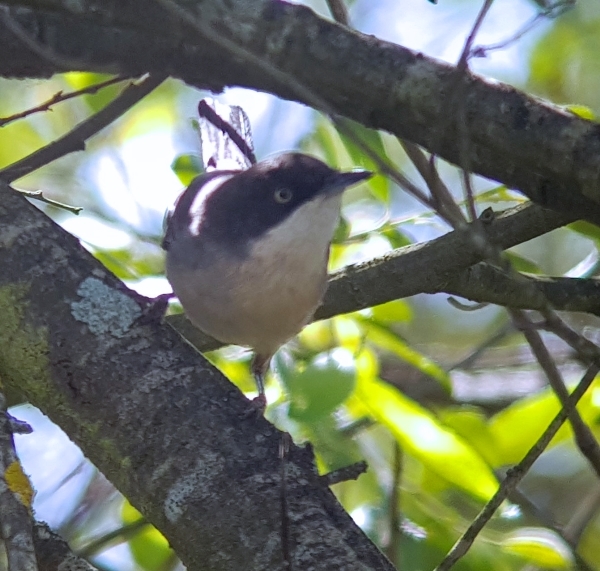 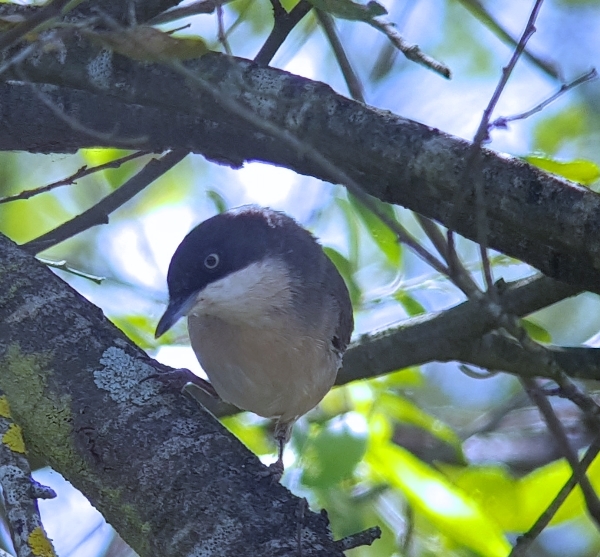 From there we drove to the Palacio de Acebron, stopping on the heathland to eat our picnic lunch. During lunch we watch a Dartford Warbler performing its song-flight display and added Booted Eagle to the day list.

The walk through the ancient woodland (the only place in Coto Doñana where this habitat is found) at Acebron was just lovely, many Nightingales were singing, along with Cetti’s Warblers and lots of common woodland birds, We came across an Iberian Chiffchaff in full song, Phil and Mike got onto it first before it flew off to another song post. 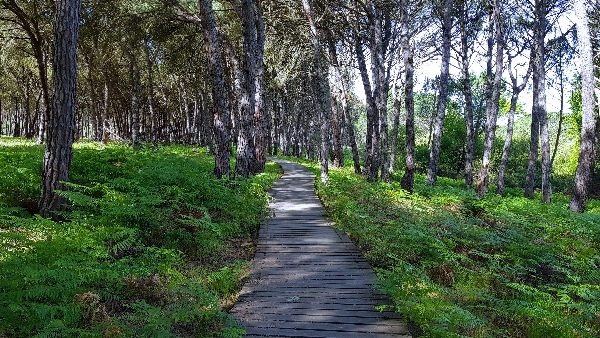 the boardwalk through pine forest at La Rocina

We had fairly good views of a Wryneck too, it did move about a bit but eventually we got it in our bins, we heard a Firecrest but could not track it down and as we were leaving a very obliging Crested Tit gave us a showing.

Our last birding place of the day, was the large visitor’s Centre at Acebuche where we sat on benches near the car park and watched the antic of the local Azure-winged Magpies, they came close after we threw out some morsels of bread. 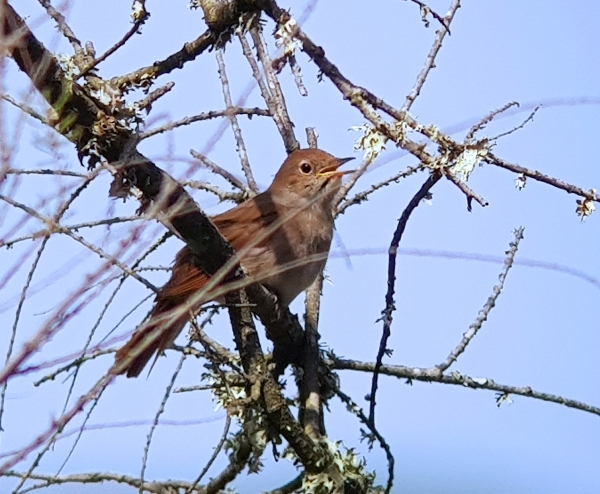 For the last 5-7 years there has not been any water in the lagunas at Acebuche and this year was no exception. So after watching the live ‘Webcam’ in the visitor's centre, of a Lynx’s den where we could see a mother suckling two very young cubs, and then after a quick cuppa coffee (and an ice-cream) we went for a short walk along the boardwalk to the nearest hide. We found Garden Warbler, Willow Warbler, Common Nightingale (in full view) as well as Serins, Blackcaps and many common species. On the approach drive during our exit we stopped to watch Bee-eaters on the ground and sitting in pine trees very close to the bus, debatably the most colourful bird of Europe. 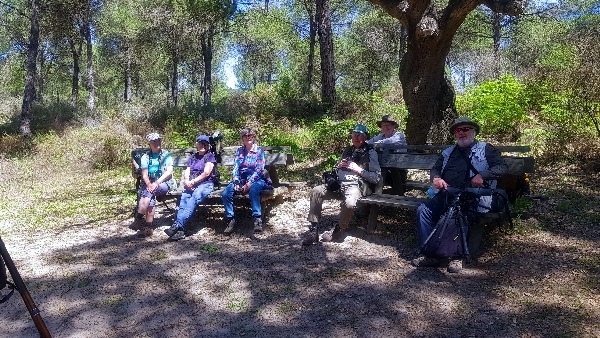 I always love to visit the Laguna Madre de Marismas at the end of the day, viewing from the western bank with the superb sunlight behind us. The view of El Rocio and the birds on the laguna was breath-taking. We added a few species to our list and enjoyed all the rest of the species. Vanessa completed her day with a terrific find of 11 Garganey (seven males), we also added Common Redshank and Eurasian Teal to our trip list and enjoyed better views of Black-tailed Godwits, Collared Pratincoles, Avocets and the roaming flocks of Whiskered Terns which never seem to get any closer. 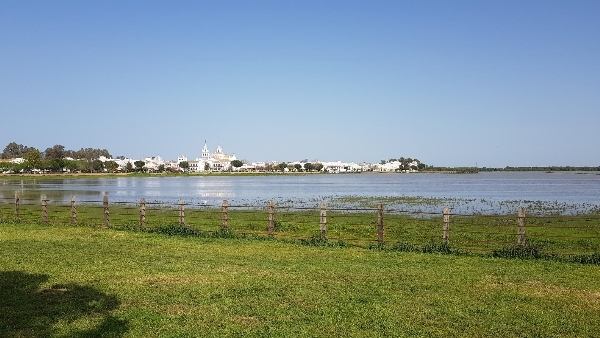 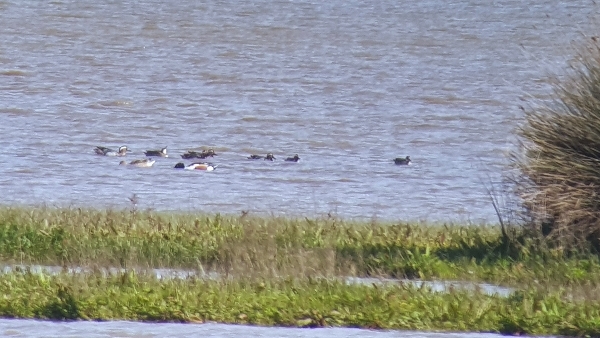 It was a lovely way to finish our birding day, apparently we are in for some thunderstorms and rain tomorrow, so we are bracing ourselves for it. We ate dinner on the terrace once again overlooking the sandy roads and constant stream of horse-drawn carts and carriages and the caballeros strutting their stuff.