Our visit to the Laguna Madre de Marismas to watch the egret roost dispersal was cancelled because of the heavy rain. Everyone was up at 7am and waited in anticipation, hoping that it might stop but it never, so we went down to breakfast just before 8am.

We were ready at 8:45 and set off for the journey to the inner marsh of Natural Park and the José Valverde visitor’s centre on the edge of the Nacional Park. We stopped in Villamonrique to buy lunch supplies then we took a very muddy and wet track to visit an area of dehesa called Vega de Quema. 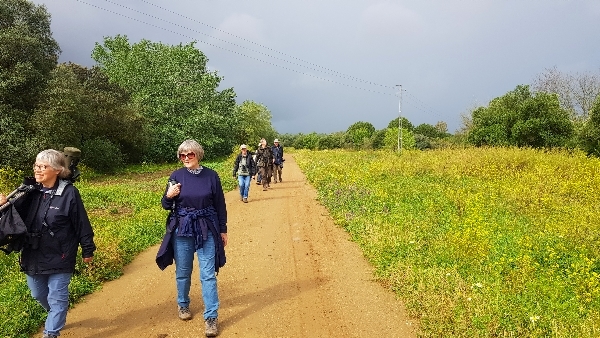 Dark skies and rain showers thwarted our efforts this morning, but the sun did come out in short spells

Traditionally this area has been very good for Black-winged Kite sightings but in recent years it has become increasingly harder to find them as the habitat turns from open meadows to woodland. It rained most of the time we were there reducing our chances even more, but we stuck it out.

During the dry spells we listed a good number of species, not many raptors of course, just Black Kites, Common Buzzard and Common kestrel but a lots of woodland and scrub species. Once again Nightingales sang from all directions, they were joined by Cetti’s Warbler, Corn Bunting, Serin, Sardinian Warbler, Zitting Cisticola, Greenfinch, Blackbird, Common Cuckoo, Collared Dove and our first Melodious Warbler of the trip.

Rain stopped play for a short while before we walked along another track, we found a second Melodious Warbler singing and lots of the others previously mentioned. We saw Little & Cattle egrets, Glossy Ibis, Great Cormorant, hundreds of Barn Swallows, House Martins and Common Swifts but we never had a sniff of Black-winged Kite.

The tracks were becoming increasingly treacherous to drive with large puddles and muddy mounds, we carefully negotiated our way back to a metalled road. Passing through some cultivated fields we noted Crested Larks, Western Yellow Wagtails, Greater Short-toed Larks, Linnets and Goldfinches.

It was lunchtime when we reached Dehesa de Pilar. We parked on the track where we could view a huge square-shape eucalyptus woodland, the area was jam packed with birds, flying in every which way they could. Thousands of Spanish Sparrows formed a huge colony in the wood along with dozens of White Storks. For the first time I noticed that a few pairs of Eurasian Spoonbills were nesting too. 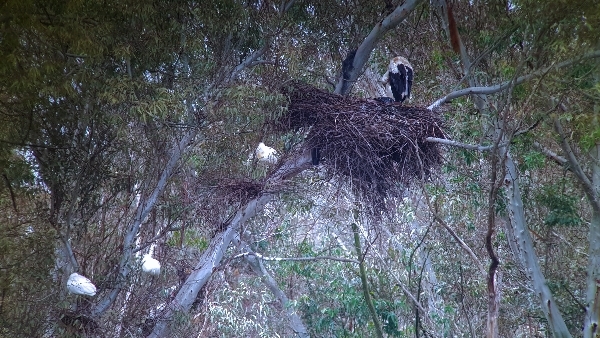 Stork's nest in the eucalyptus wood, we saw |Jackdaws, Spanish sparrows and Spotless Starlings all using this nest to make their home too!

The sound from the sparrows was a constant background noise and many Bee-eaters feeding over the fields filled the air with their pleasant chirrup call. We saw a ‘flock’ of Lesser Kestrels hunting in the distant fields and Stonechats, Corn Buntings, Linnets, Goldfinches and lots of Barn Swallows hawked over the open fields, it was a most enjoyable lunchtime. 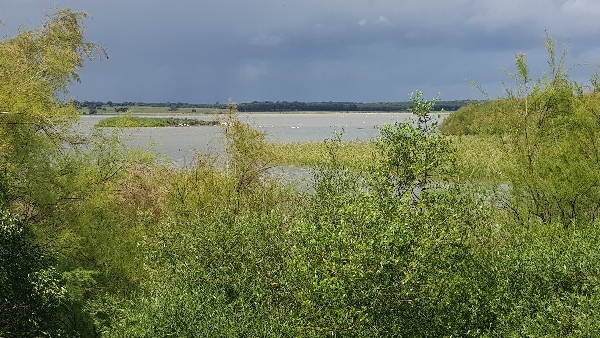 Rain came in once again, we drove through a heavy shower as we made our way to the large Laguna at Dehesa de Abajo which was covered in birds, thousands of them! It was till raining when we got out of the vehicle to scoped the laguna. Suddenly two ducks flew towards us and dropped in the water right below us, they were a pair of Ferruginous Duck, how extraordinary! They swam into the reeds but emerged a little later being forced out by a Coot, we had excellent views of them. 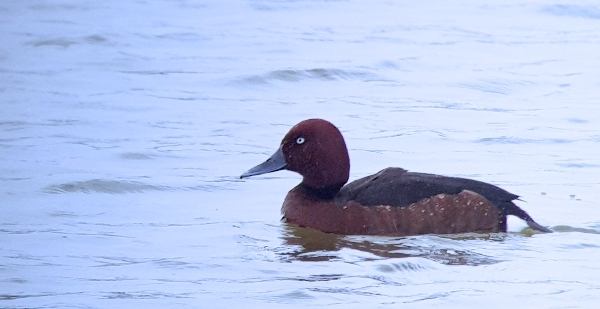 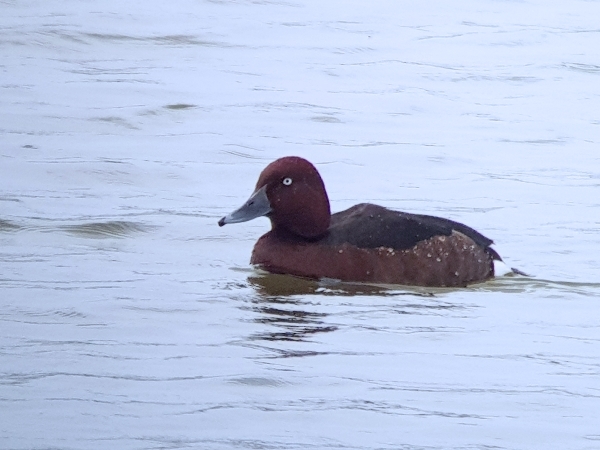 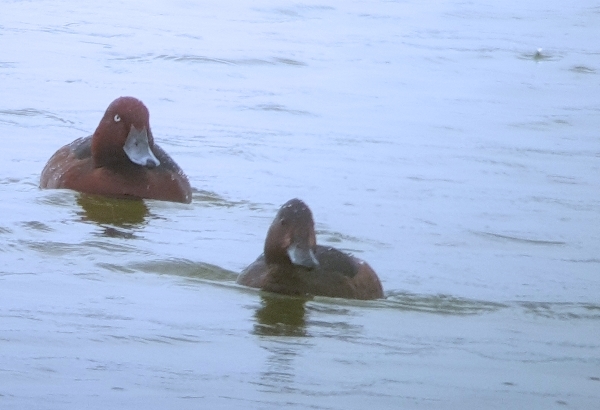 Black-necked Grebes went onto the list for the first time, they were plentiful as were Great crested and Little grebes. I never seen so many Red-crested Pochards as I did today, hundreds of them, they loafed on islands with Common Shelduck, Coots, Mallards, Common Pochard and Mike picked out three Marbled Ducks. Distance but instantly recognisable the Marbled Duck was one of our target species. Heavy rain stopped play for a little while before easing off again, so we got out and walked a little way along the edge of the pool which was obscured somewhat by tamarisk bushes. We saw lots more of everything, Pied Avocets, a single Curlew Sandpiper on an island, Greater Flamingos, Shovelers and literally thousands of Eurasian Coots. A Night Heron roost could be seen in the tamarisk and Black Kites were constantly patrolling overhead.

At the far end of the laguna we stopped to view an area where I had watched Red-knobbed Coot in the past, sure enough we found three of them, two were released birds and were wearing white collars, but one was not! At the same time we heard Great Reed Warbler singing (if you can call it a song!), some of the group got short views of it. We also heard Reed Warbler, Cetti’s Warbler, a Little Bittern ‘barking’ and Purple Swamphens calling out. 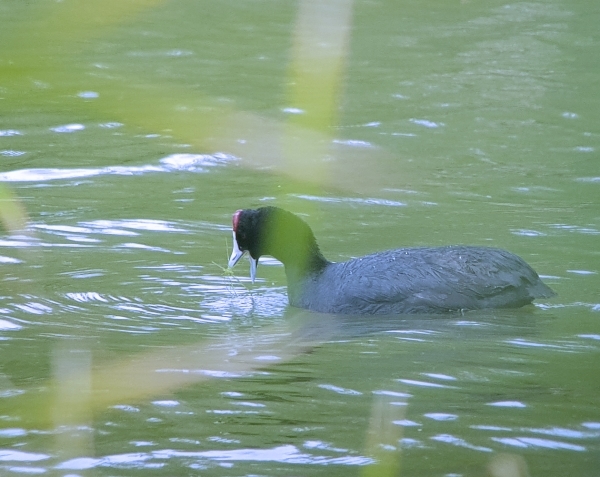 Rain drove us off once again, this time we drove a few kilometers to a bar/café for a coffee fix and toilets. After that we set off for the long drive on dirt tracks to the José Valverde Centre. It was a slow process with muddy pools and pot holes to negotiate, but it wasn’t as bad as I had expected. 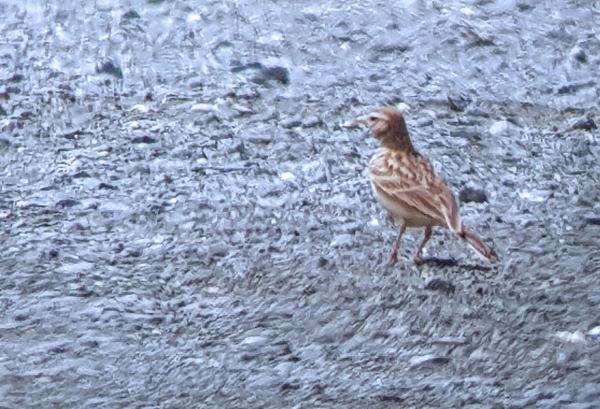 We made dozens of stops to look at various sites and birds in pools, channels, on the track and in the open fields. The 27-kilometer drive took 1 ½ hours, we stooped to look many species, including 35 Night Herons sitting on a bank near a pumping station, we assumed that fishermen had disturbed them from their roost at the pumping station. 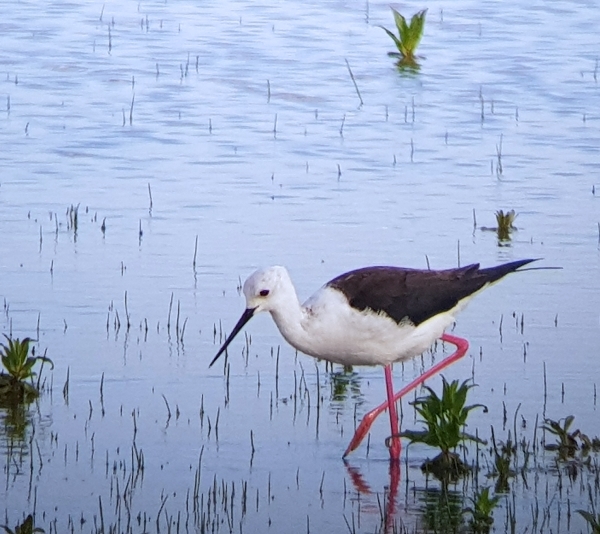 The Black-winged Stilt is the iconic bird of Donana

The main marshes of Doñana were dry or had small pools and were lifeless, the marshes are dead without water and this was the case now! We saw very little all the way down to the visitors centre, no egrets, herons, spoonbills, ibis, flamingos!! At the centre there was water but very few birds, some Gadwall, Mallards, Shoveler, Little Grebes but generally lifeless, what a shame! This was supposed to be the ‘grand finale’ with thousands of breeding birds in action.

Nevertheless, we did seen Purple Swamphens, some Glossy Ibis, a Great Reed Warbler and we heard a Savi’s Warbler calling. It was 4:30pm when we left for the long journey back, the rain had gone for good and blue sky with scattered clouds brightened up the late afternoon. Once again we searched for Lesser Short-toed lark without success but enjoyed our other nonetheless.

We got back to the hotel at 6pm, the van was in awful state so I took to the car wash whilst the group relaxed and got ready for our last supper in El Rocío. We had a lovely meals the atmosphere at the table was joyous, we were in a reflective mood as we voted for our bird of the day (Melodious Warbler, I voted for Ferruginous Duck) and our travels in Doñana Nacional Park.

Tomorrow we head off to Malaga in preparation for our flight home on Thursday, we have recorded 175 species and still have more to look for in Malaga.