FRIDAY 13TH  - started very wet and windy it was pouring down as we went down to breakfast at 8am. As we set off, the sandy streets of El Rocio, were covered in huge pools of rain-water and then as we drove down towards the coast at Matalascanas and then on towards Huelva the rain continued to bombard the bus. However, as forecast, by the time we reached Huleva the rain stopped, blue sky appeared and the sun came out, marvellous.

We made a very brief stop at the small Laguna Primera de los Palos near the gas-works at Huelva, like everywhere there was toom uch water in the laguna. Very few birds were present: we saw Gadwall, Red-crested and Common Pochard, Mallard, Purple Swamphen, Moorhen, Eurasian Coot and a few Red-rumped Swallows and House House Martins. As we boarded the bus a Pallid Swift flew over us very low.

The Marismas and salt pans at the Natural Park of the O'Diel were very disappointing, it was cold there despite the sunshine, 10C but it felt like 5C with a cold wind. Everywhere as usual had too much water and very few birds. At our first stop we saw dozens of Greater Flamingos, a few Black-winged Stilts, a single Pied Avocet, Common Redshank, Common Shelduck, Red-crested Pochard and Gadwall. A Great Reed Warbler sang briefly from a patch of reeds. 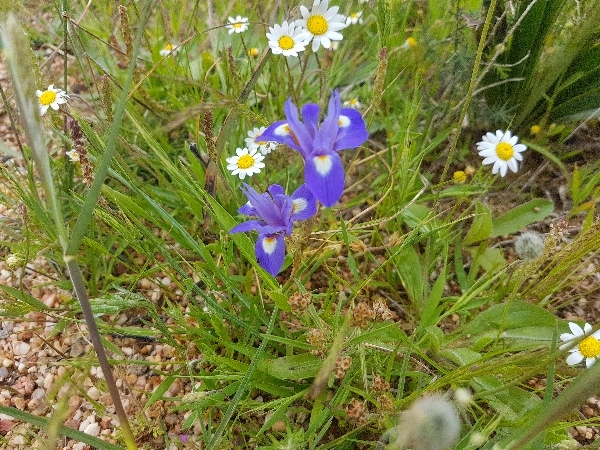 this very common Iris, the Barbary Nut, is one of a multitude of flowers blooming during this very wet spring

From the visitor's centre we scanned a channel from the car park where a number of waders were present: Dunlin looking nice in their summer plumage were joined by Curlew Sandpiper, several Whimbrel, Grey Plover, Ringed Plover and not much else.

Our best sightings were made as we drove through the marshes were of both Marsh and Montagu's Harriers, were saw sveral of the former and a lovely pair of the latter, all very close to the road. An Osprey sat on a post near one of the 'Osprey nesting platforms' and a Common Kestrel was seen a couple of times.

Further into the marsh we added Greenshank, Ruddy Turnstone (looking fabulous in summer plumage) and a few pairs of Kentish Plover. I can't remeber a time when the muddy chnnels were so devoid of waders.The scrub was the same hardly a bird flitted around the bushes and pine trees.  Furthermore, the road down to the lighthouse was closed becuase of repair work being carried out to the sea-defences.

We parked the bus and walked along  boardwalk to the beach where we found a bunch of Eurasian Oystercatchers with a large flock of Sanderling. Out at sea we saw several Gannets in the distance, lots of Yellow-legged Gulls, a few Lesser Black-backed Gulls and a few Sandwich Terns. We then left the marsh having more excellent views of the harriers on the way out. 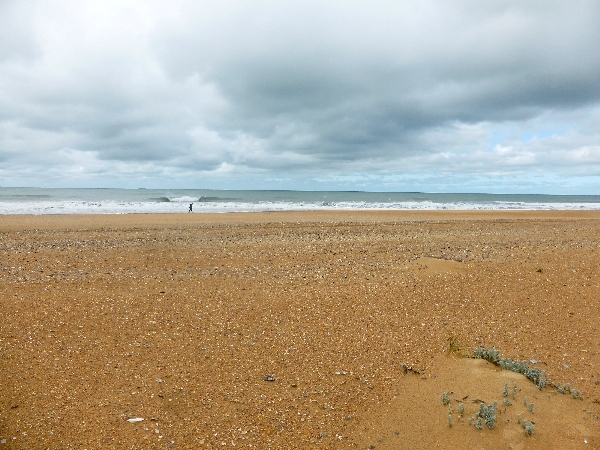 the beach looking out over the Atlantic Ocean

A qucik stop to pick up picnic supplies was made before we drove to the large Laguna at El Portil. This was again flooded with very little bird life on it. We saw Little and Great Crested Grebes, Gadwall, Mallard and Red-crested Pochard.

Moving on to the river Piedras at El Rompido we spent sometime searching the heathland and the river for more species. Both Eurasian and Iberian Magpies were seen as we passed El Rompido 36 hole Golf Course which was busy with practicing Golfers. The river was in full flood and at high tide so no muddy margins were present. We did see Common Sandpiper, Sanderling, Whimbrel and a few Eurasian Curlews. We also notched up another Osprey and a Peregrine Falcon which sat on a fallen tree.

The heathland produced views of Sardinian Warbler, Common Stonechat, Serin, but not a single migrant bird. On the way back we saw Woodchat Shrike and an Iberian Green Woodpecker which perched up nicely for us but at a great distance.

The group persuaded me to drive into Portugal as we were not very far from the border at Cartaya, both Steve and Robin, our American contingent, are collecting country ticks and they needed Portugal for thier list! So we visited Castro Marim marshes and salt pans for an hour or so. 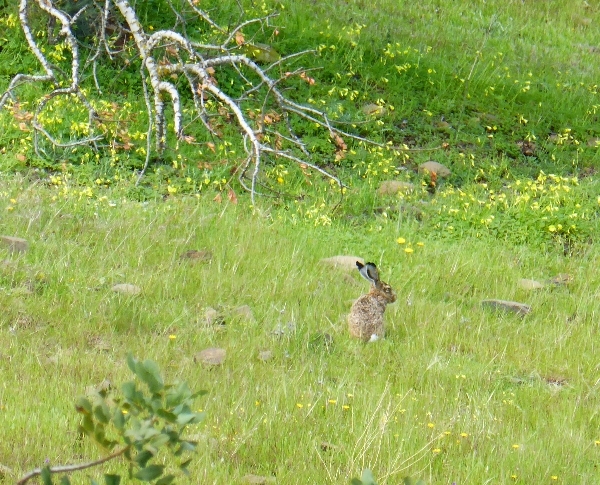 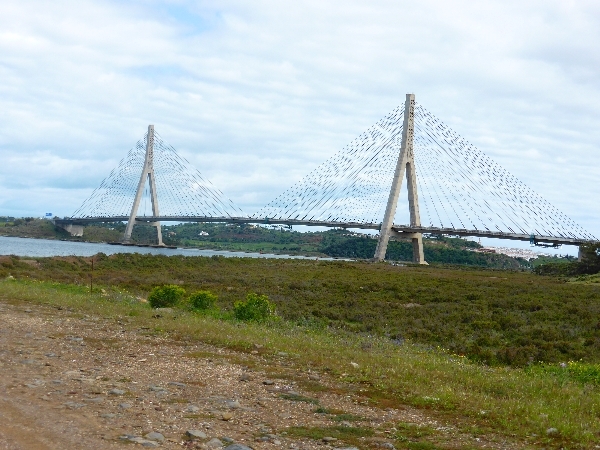 We took the fastest route back using the Autovia and arrived back at El Rocio in just over an hour at 6:10pm. We met for dinner at 7:30pm. This was our last night in Donana tomorrow we head off to Extremadura with 125 species on the list already.