What a contrast compared to yesterday’s weather, today it rained all day off and on, the temperature hovered around 11C there was a cold breeze all day. We had very short spells without rain, but birding was difficult, and it felt cold.

Breakfast was over by 7:30am and we were on the road by 7:45, it was raining but it eased off some 30 minutes later as we approached Belen Plain. The wide-open grasslands seemed deserted, the grass was very short which was to our advantage as we searched for Great and Little Bustards. 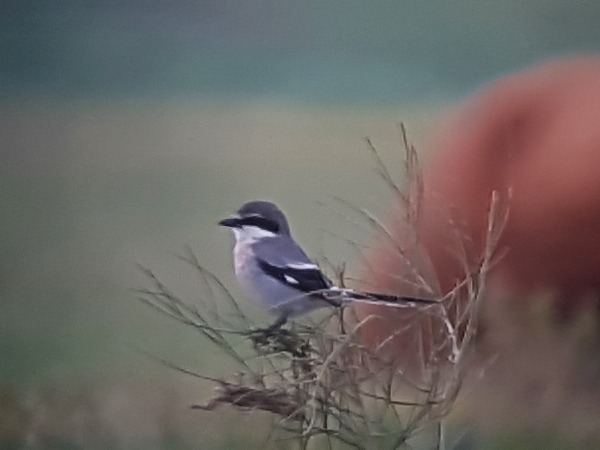 Dozens of Corn Buntings lined the fences, with Thekla and Crested Larks, whilst Calandra Larks sat on small rocks or flew around the fields, everywhere birds were pairing up and lots of fights were occurring. We had very close views of a Hoopoe as it called from a roadside rock and a Northern Wheatear sat on another rock looking cold and miserable.

It wasn’t until we had covered about 5km that we spotted our first GREAT BUSTARD, a male, it strutted around but had no female to display to! Then a flurry of activity over the grassland kept us engrossed. Black Kites, Marsh and a superb HEN HARRIER came close, a flock of Spanish Sparrows fed along a fence-line and a pair of Iberian Shrikes came close. A distant Egyptian Vulture flew across the plain. 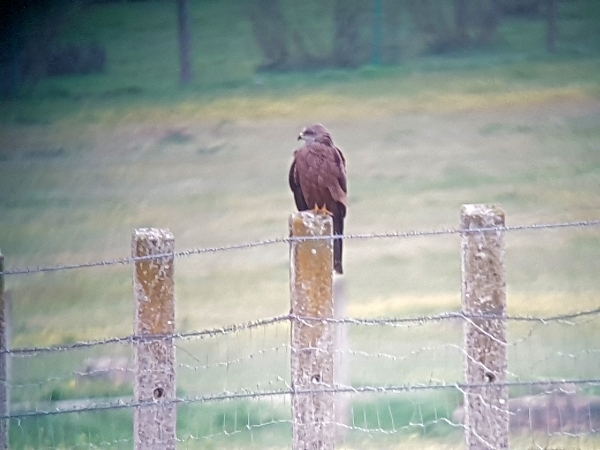 Black Kite on a typical perch in the fields at Belen

A little further on we found at least four LITTLE BUSTARDS, three males were vying for the attention of one female, we had lots of flight views as well as displaying males, that was great birding even if it was cold and damp.

Further along the same track we found both Egyptian and Griffon Vultures perched in trees with Black Kites and a Turtle Dove. We watched another Northern Wheatear and then a Lesser Kestrel on a fence-post. During the return journey we found a second Great Bustard, also a male, looking forlorn in the rain. 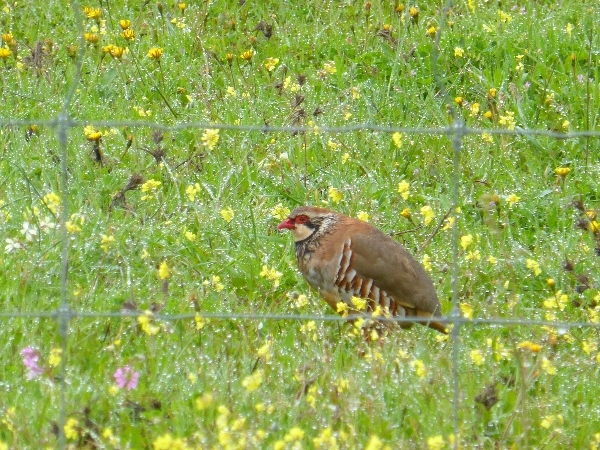 Red-legged Partridge looking wet and miserable - just like us!

Another 30 minutes was spent driving along another track looking for Great-spotted Cuckoo without success we did find our first Red Kite and Montagu’s Harrier. The rain came down heavier, so we abandoned our search and drove off the plain.

The rock filled fields on the western side of Trujillo, called a Llanos, was our next destination, the river Magasca runs through the area, usually a babbling brook but today it was a flooded torrent. A pair of Common Kingfishers breed in the bank but today there was no bank, but we did see the Kingfisher as well as Cetti’s Warbler, Western Jackdaw and we heard a Common Nightingale singing in the rain, that cheered us up.

Driving up through the grass plains towards the town of Santa Marta de Magasca we spent a good hour looking from various vantage for SANDGROUSE. I have never seen so many Calandra Larks the whole area was buzzing with them, don’t get me wrong, there were just as many Corn Buntings, Thekla and Crested Larks, the place was alive with activity and the song-noise a distraction sometimes. 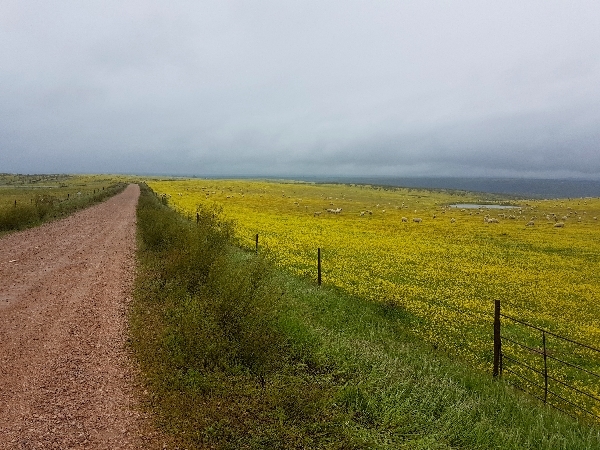 The track towards Caseres

Finally, we found two very distant BLACK-BELLIED SANDGROUSE, everyone saw them in the scope, but they were far away. We left the area, driving to Santa Marta where we stopped for lunch in a very crowded café/bar, an hour later we emerged half deafened because of the very loud ‘locals’ who were playing cards and another group of Dutch Birders who had to shout to be heard.

Along the road towards Caseres we found two, and only two, European Rollers! The first looked very miserable sitting on a wire near one of the hundreds of nest-boxes provided for the Rollers. The second was at least a bit active. 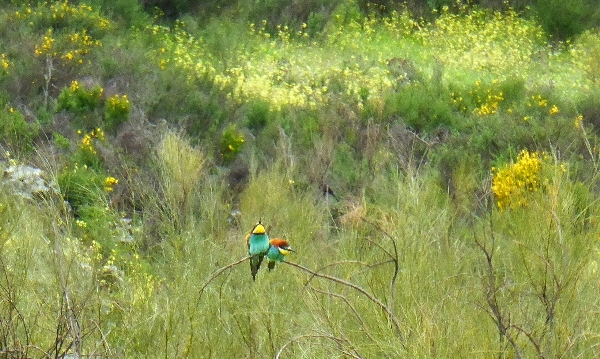 European Bee-eaters waiting for the rain to stop

Our search for sandgrouse continued as we made our way towards Caseres, we found Red-legged Partridge, Little Owls, Common Stonechat, more Montagu’s Harriers and a nice flock of some 30+ European Bee-eaters perched in the tamarisk.

The reservoir (embalse) at Talavan was also flooded with just a pair of Mallards and a couple of Great Crested Grebes, we did see a Zitting Cisticola in the car park without a tail. Our journey back took through mile after mile of grassland and scrub as we headed towards Santa Marta. We passed through Monroy and the Santa Marta before stopping alongside a huge field of short grass which I know is a favoured place for sandgrouse and where we had searched this morning. 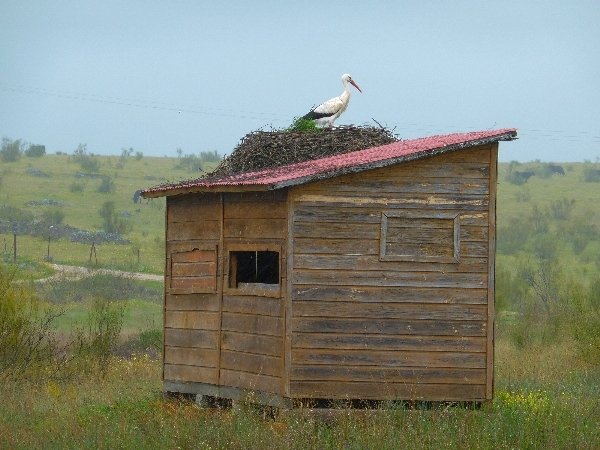 Over the next half an hour we enjoyed much better views of four BLACK-BELLIED SANDGROUSE and then we found a flock of some 50+ PINTAIL SANDGROUSE. What a great sight, as we were watching them a couple of male Montagu’s Harriers flew over and put all the sandgrouse up into the air. They flew off which was our cue to finish the day.

We met up again at 7:15 and drove into Trujillo for dinner, it was supposed to be a lovely evening walking around the Plaza Major watching all the breeding Storks, Swifts, Jackdaws, Lesser Kestrels but the rain stopped all that. We had a lovely dinner and walked quickly back to bus, it was still raining!