Hooray…….. a day without rain!! From today the forecast is good and as it should be, we had wall to wall sunshine today and the temperature reached a staggering 19C.

It was misty first thing but that soon burnt off and by the time we reached Trujillo we had a clear sky, a bright and beautiful morning. Patches of mist occurred in the valleys along the way to Monfragüe especially at the river Almonte where our first stop was supposed to be, we could hardly see the river, so we gave it a miss. 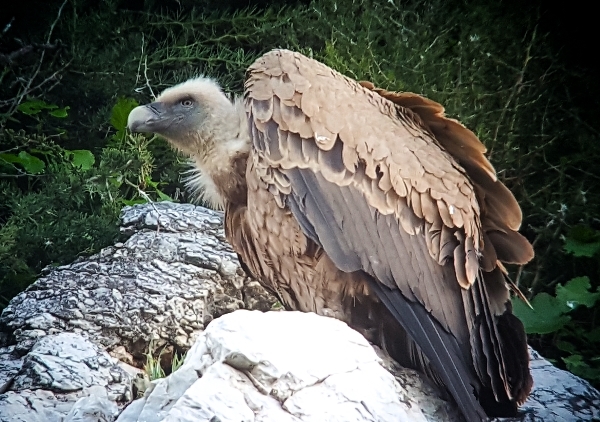 At Monfragüe we drove up to the top car park at Castillo de Monfragüe stopping at a cliff along the way. Many perched Griffon Vultures could be seen on the ledged, some were on nests with young birds, we also saw Black Redstarts, Blue Rock Thrushes, Crag Martins, Serins and many House Martins, Barn Swallows and Red-rumped Swallows.

En-route to the Castillo (castle) on foot from the car park we found Short-toed Treecreeper and several common birds but not much else until we reached the top.

It must be hard to beat our most wonderful birding experience once we reached the top because just as we got there a host of vultures took off from the surrounding cliffs and circled all around us, sometimes it felt as though you could reach out touch them they were that close. Dozens of Griffon Vultures were joined by a good number of Black Vultures and Black Kites it really was magical in the clear morning light. The views of the park and the distant snow-covered Gredos Mountains were stunning, I have always loved this place and this experience. 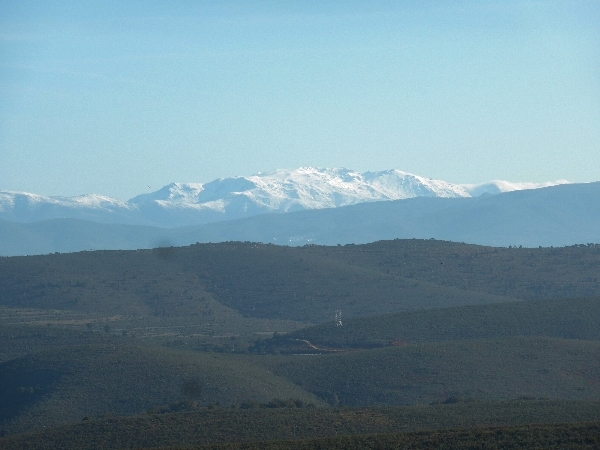 We moved further into the park by-passing the main car park at Peña Falcon because it was full, at least 50 bird-watchers were looking up at the vultures whilst just now we were alone when looking down at the vultures from the Castle! We stopped instead at the main bridge over the river Tajo where hundreds of pairs of House Martins and just as many Feral Pigeons were nesting, a few Alpine Swifts had arrived to breed too.

Our best sighting from a pathway leading along the river from the bridge was of a Bonelli’s Eagle, we could hear it calling from the other side of the river but failed to find until two Black Kites started to mob it, Carolyn then found it perched in a dead tree very low to the waters edge, it flew off across the water to our side giving nice but brief views, the Kites followed it into the woods above us and out of sight. 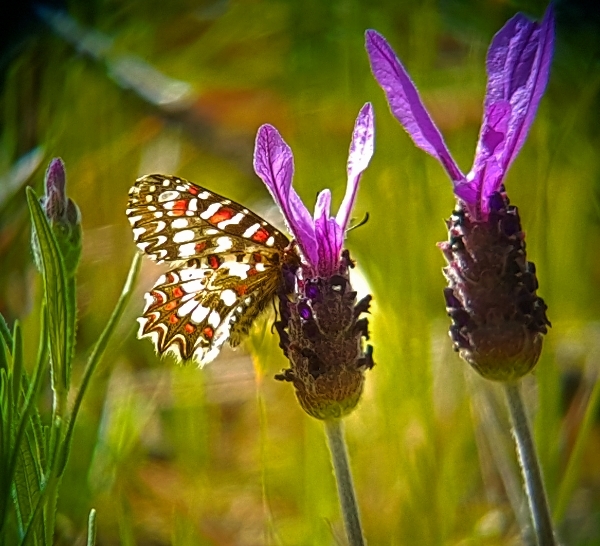 Several other species were seen during our walk these included: Egyptian Vultures, Booted Eagles and some woodland birds such as Long-tailed Tit (the Spanish subspecies, with a darker plumage and a shorter tail than the nominate race found in the UK), also Robin, Blue Tit, Blackbird, Chaffinch and some Serins.

We stopped for lunch in the only village in the park and in the only bar-restaurant open, it was crowded with bird-watchers of course but we got served quickly. Our next stop was near the dam at the Mirador de Tajadilla, a Black Wheatear flew across the road on the way, but we couldn’t locate another one, several Red Deer showed well and not too far off. From the mirador (look-out or view-point) we saw some perched Egyptian Vulture with the Griffons, a Black Kite on its nest and another Blue Rock Thrush. 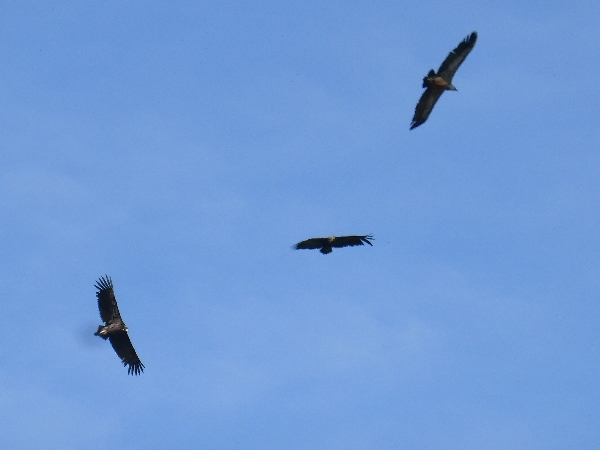 Blue sky with Black Vultures (plus one Griffon)

Walking across the dam and up into some pine woods we reach another Mirador called Malavuelta, but we failed to add any new species to the list. So, we drove to the Portillo del Tietar another huge rock face covered in vultures. We found Sardinian Warbler and Black Redstart along the way, but the nest site of the SPANISH IMPERIAL EAGLE was deserted for the second year running.

For about half an hour we scanned the sky and peaks and were rewarded with a sighting of the IMPERIAL EAGLE, but by the time most of the group got to see it, it had climbed to a great height! We also saw our fourth eagle of the day when a Short-toed Eagle appeared over the mountains.

For the afternoon we walked further along the road into a cork oak woodland quickly noting Eurasian Nuthatch, Short-toed Treecreeper, more Long-tailed Tits, Blackcap and many Chaffinches. Despite all the resident bird sightings there were no migrant warblers except for a single Bonelli’s Warbler and the only other migrant species seen were, Woodchat Shrike, Common Cuckoo and Bee-eaters.

Eventually we found Mistle Thrush, lots of Iberian Magpies and we had much better views of the SPANISH IMPERIAL EAGLE as we found it drifting overhead at a much lower altitude, it was a great sighting of this rare and magnificent beast. 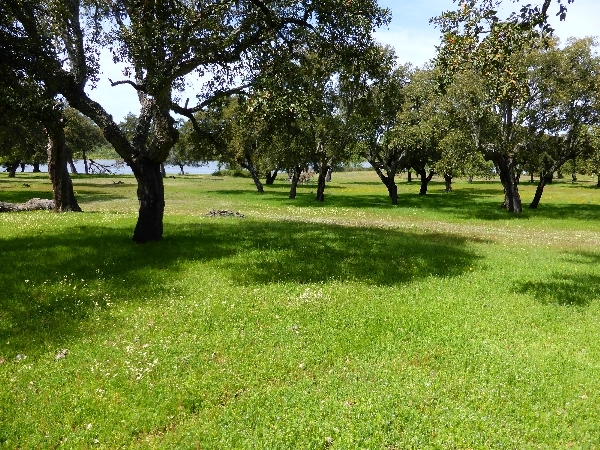 typical 'Dehesa' of Extremadura - holm and cork oaks planted in a matrix over pasture.

After a quick coffee stop at a bar we set off back through the park but this time we did stop at the Peña Falcon rock face where we enjoyed more vultures than you can shake a stick at! We also saw a Peregrine Falcon, Black Redstart, Blue Rock Thrush but the Black Stork’s nests were unattended as the birds had not arrived for the summer just yet.

One more stop was made as we left the park to look for a Cirl Bunting that we heard singing, however the bird disappeared before we saw it, but as a consolation a sighting of a Black Stork was made.

Back at the Finca by 7pm and a quick shower before dinner at 8pm finished off our day, good food nice wine and a lively group around the table was a super ending to our day.