The day started off wet, dull and overcast, we had bouts of rain sometimes quite heavy. It cleared up after lunchtime and got warm and humid, top temp 25C.

Despite the overcast conditions the light improved as we reached the Llanos de Zorita, we stopped just south of the village of Zorita where we had a panoramic view over a vast area of open fields where over the period of an hour we encountered many species. Greater Short-toed Lark was new for the trip, we saw two or three of them quite close to the track. A Montagu’s Harrier sat on a post, whilst several others flew over the fields with Marsh harriers, Black Kites, Common buzzard and a good number of Ravens. The whole place was buzzing with bird-life every few minutes a new species would be found. Four GREAT BUSTARDS were performing in a distant field, we also saw both Woodchat and Iberian Shrikes, Northern Wheatear, Calandra and Crested Larks, Eurasian Hoopoe and European bee-eater. 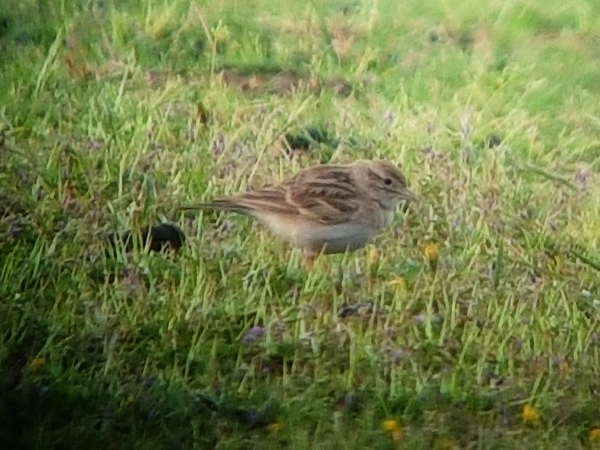 As we drove further along the main road we flushed a Stone Curlew and near dam at Sierra Brava we watched a colony of Lesser Kestrels, a lot more Ravens and a string of Griffon Vultures came over. Dozens of Great Crested Grebes sat out on the main body of water whilst on the ‘dry’ side of the dam a reed-fringed pool held Great Reed and Cetti’s Warbler, Common Sandpiper and a White Wagtail.

The rain continued to annoy us but it stopped as we parked near the Rio Pizzaroso for a walk alongside the rice fields of Madrigalejo. We had seen Red Avadavat and soon we were watching Common Waxbills – both of these species are released or escaped species. A Pied Flycatcher bws nice to see and so was a male Common Redstart, both passing migrants. Tree Sparrows seemed to be everywhere and the fluty call of the Golden Oriole filled the air, we soon had the orioles in the scope.

Our walk took us to two bridges over the river where we looked for Penduline Tit without success but we did find another Pied Flycatcher and another Hoopoe as well as lot of common species. On the way back to the buses a Melodious Warbler was my first for the year and it performed well for the rest of the group. 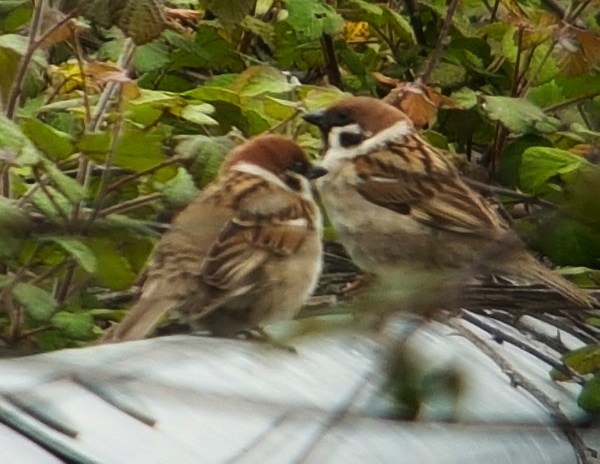 For lunch we ate our picnic in another section of the rice fields of Madrigalejo, it rained for most of the time but then it cleared, the sun came out, making it very warm and humid. Encouraged by the warm weather we walked to a flooded field which held a lot of gulls. Soon we found many waders in the same field and lots of Gull-billed Terns, we listed Ruff, Dunlin, Greater and Little Ringed Plovers, Redshank, Greenshank, Common Sandpiper and a dozen or so of Wood Sandpipers. Glossy Ibis dropped in and many Black-winged Stilts accompanied the other waders.

Next we stopped on yet another bridge, this one straddled the Rio Gargalisa near Vega Altas. We saw two more Pied Flycatchers and some of the group got brief views of the elusive Penduline Tit.

The huge reservoir on the Moheda Crane Reserve near Obando was our last port of call and it was well worth visiting. Even though the water level was high several islands were present and a good number of birds. We found a couple of dozen Greater Flamingos, with same number of Northern Shovelers, we also saw a single Garganey, two Collared Pratincoles, lots of Black-winged Stilts, a Purple Heron and a single Black-tailed Godwit. 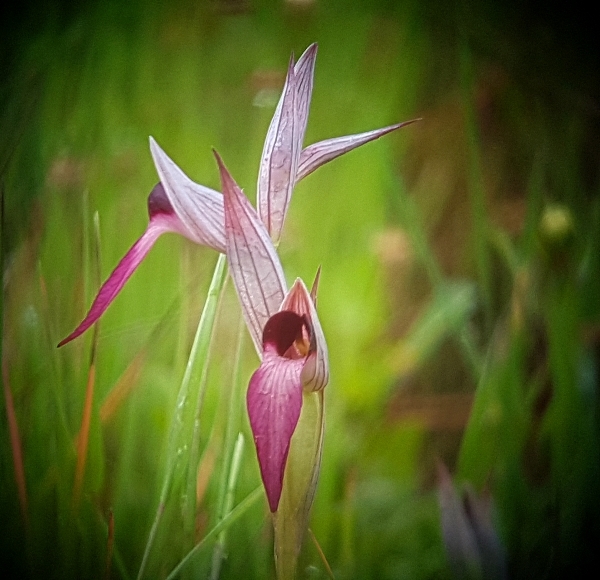 yet another Tongue Orchid sp.

We left the area at 4pm and drove straight back to the finca arriving an hour later. We had finished early so that we could spend time in the beautiful town of Trujillo which is exactly what we did. We walked up the castle and enjoyed the views and the ambience of the town. We also ate a lovely meal in the Plaza Mayor, it was a very nice evening. 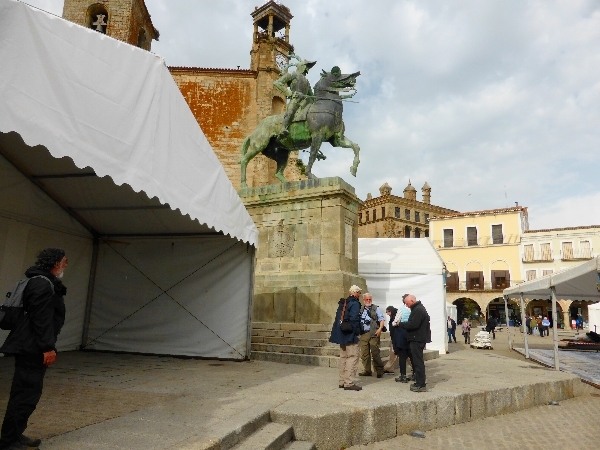 some of the groupo below the statue of Pizzaro in the Plaza Mayor, Trujillo 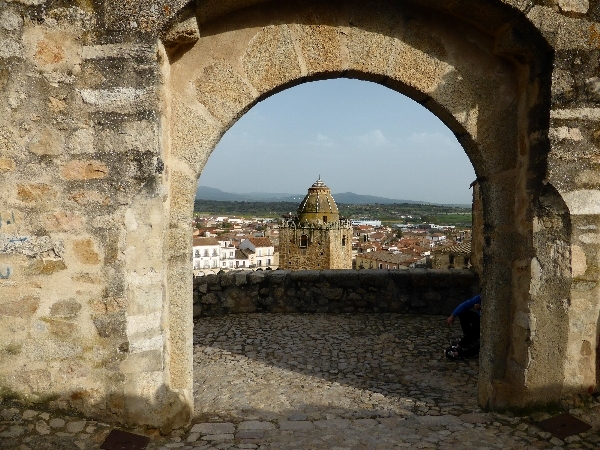 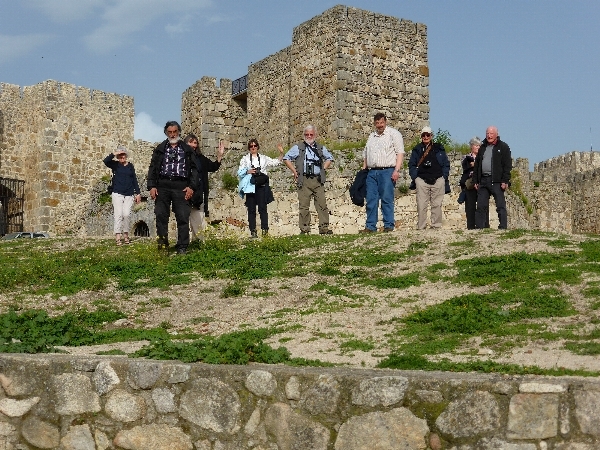 Trujillo Castle - just taken over by my group